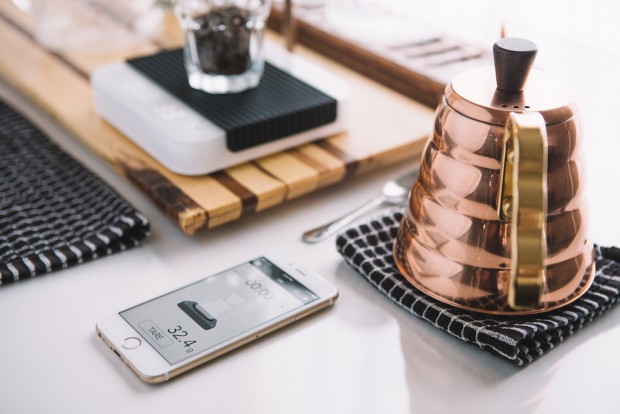 Acaia, makers of tech-forward scales and associated apps for home use and commercial applications, has closed a series A funding round with venture capital firm WI Harper Group as the primary investor. The investment is the latest upward step in the quick escalation of the Cupertino, Calif.-based company that made its name known less than two years ago with a relatively modest $30,000 Kickstarter goal.

Acaia co-founder Rex Tseng told Daily Coffee News by phone that the company is hoping to keep the terms of the deal confidential, but that the investment will allow Acaia to add to its growing team, progress product development, and expand business development in the United States as well as in key markets overseas.

Tseng said the company has gotten a huge amount of valuable feedback from users of the Acaia products since the launch of its first scale, a compact countertop model called the Pearl, and the Acaia app, and also since this year’s official launch  of an espresso drip tray scale called the Lunar.

“Our users give us a lot of great feedback for what to do in the future,” said Tseng, adding that the app will be a primary focus in the company’s expanded product development efforts. “Our product is so connected to the app, it’s very important for us to elevate the app experience for people.” 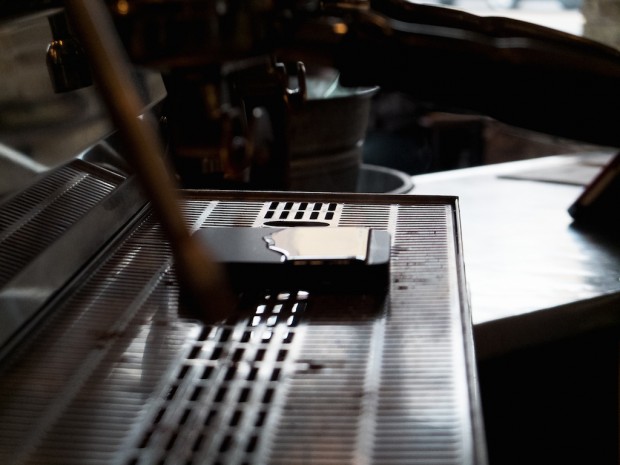 The extremely waterproof Acaia Lunar in a drip tray.

Acaia is planning to leverage its association with WI Harper Group, which currently manages some $850 million worth of invested capital through offices in San Francisco, Beijing and Taipei, which also happens to be where Acaia scales are produced.

“We are pleased to be partnering with Acaia to bring a better brewing experience to baristas around the world,” WI Harper Founder and Chairman Peter Liu said in an announcement released by Acaia. “The coffee market in China is forecasted to grow 30 percent annually, and a movement towards more expensive premium varieties of coffee beans will help to drive growth in most coffee categories worldwide.”

Tseng said in addition to Acaia’s North American growth, the company has had a strong business development focus in Japan and parts of Europe this year, and that he hopes the company can channel some of WI Harper’s connections in China and other markets. Said Tseng, “We’re looking forward to bringing more innovative technology and products to the global coffee community.”