The Spinn Coffee Brewer is Poised to Turn Some Heads 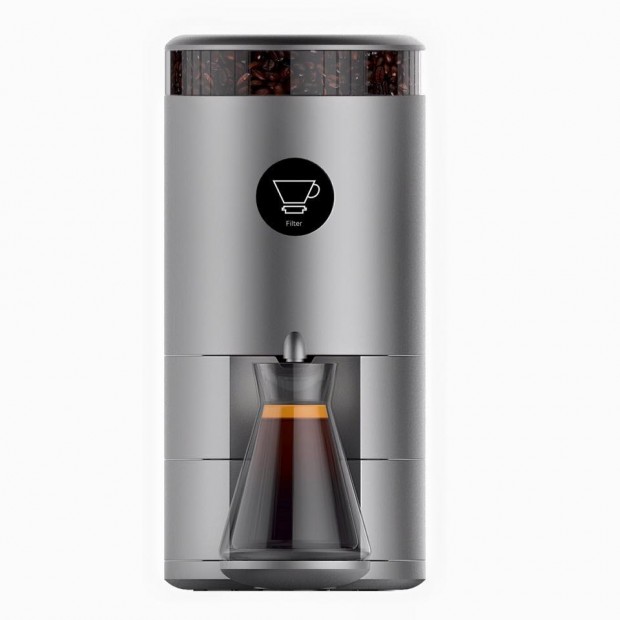 A literally revolutionary new compact super-auto coffee machine currently in development has the potential to turn a lot of heads — or spin them, as the case may be. The Spinn Coffee machine will use centrifugal force generated within a rapidly spinning brew chamber to brew coffees that mimic the results of several different traditional brew methods, including espresso, French Press and American-style filter coffee.

Generally cylindrical in shape, the current design of the unit has it standing at 43 centimeters tall and 18 centimeters wide. It will of course also be a resident of the Internet of Things, programmable over WiFi via an app. It will also link to a web-based coffee retail marketplace that orders beans from local and regional roasters either automatically or on demand. The company has posted a YouTube video demonstration of the app’s functionalities here.

While the Spinn Coffee company prefers to keep information on certain machine-related materials and component manufacturers under wraps until the product’s official launch, what’s known is that the machine includes a stepless, electronically adjustable grinder featuring Ditting’s EL 100 steel conical burrs, and an innovative, proprietary “flow-through” water heating technology the company claims can bring brew water from ambient to boiling temperature in barely over one second. Technical development for the machine is happening in Switzerland, Amsterdam and Holland, while business development is happening in Los Angeles and San Francisco. 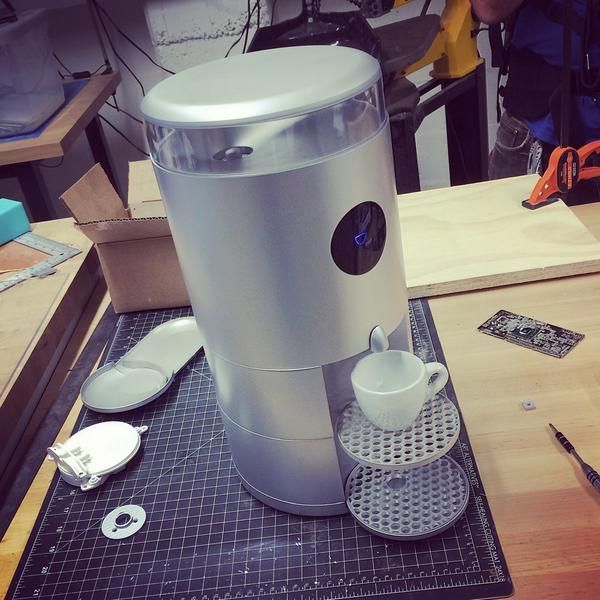 Bios of each member of the 21-person Spinn Coffee team are available on the company’s website. The coffee advisor listed there is Dick de Kock, founder of the CoffeeCompany specialty coffee retail chain in the Netherlands. De Kock’s experience ranges from association with the Cup of Excellence to agricultural research at origin in Ecuador.

Roasters can voluntarily join the Spinn Coffee marketplace or they can be added by users that want to order from them through the Spinn Coffee system, although all offerings sold through Spinn Coffee will be vetted for third party certification or other assurance of responsible sourcing practices. Participating roasters will receive a Spinn Coffee machine to dial in for each coffee they offer, and then upload their ideal recipe to a cloud-based library of roaster-designated brewing parameters from which home users can choose to download and program their machines.

The all-in-one nature of the machine and its accompanying auto-ordering scheme puts it in league with another project that’s yet to materialize — the Poppy Pourover Machine, which promises to offer user-customizable settings and links to the Amazon Dash Replenishment Service, allowing connected devices to trigger orders for supplies when internal sensors read low. However, while the Poppy purports to offer a finely-tuned pourover, the Spinn aims to tackle a variety of very different brew styles within a single compact unit. 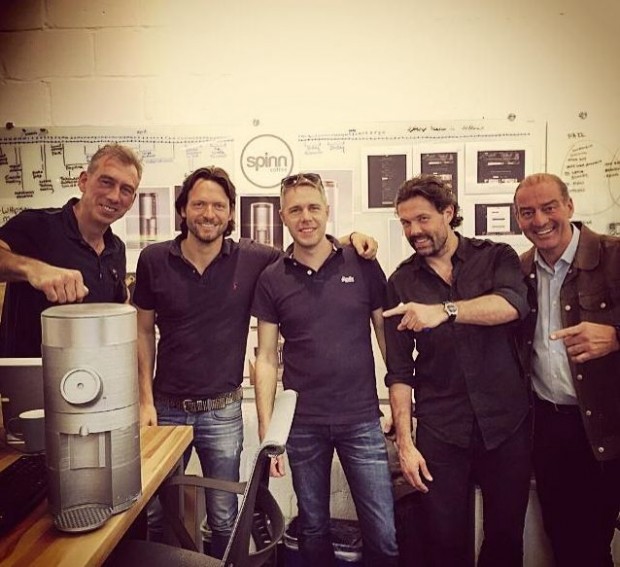 Water heated on demand is delivered into a heated centrifugal brew chamber, which is constructed from a confidential, proprietary filter mesh material and spins at different speeds to generate different levels of centrifugal force that translates into brewing pressure. “With centrifugal force, you have an open brewing chamber that rotates like your washing machine at home,” said Spinn Coffee Founder, Inventor and original patent owner Roland Verbeek. Verbeek told Daily Coffee News that the centrifugal force generated at 7-8,000 RPMs is enough for the machine to make a “strong” espresso with “fine, velvety” crema, although the motor is capable of spinning up to 12,000 RPMs.

Unlike other super-autos, whose parameters are locked down and generally not to SCAA standards, the Spinn Coffee company will be striving for certification by the SCAA and will also be highly programmable by users. “You can decide for each serving the water temperature, water volume, water flow, coffee volume, coffee grind, preinfusion volume, preinfusion time, and rotation speed that makes the pressure,” said Verbeek. 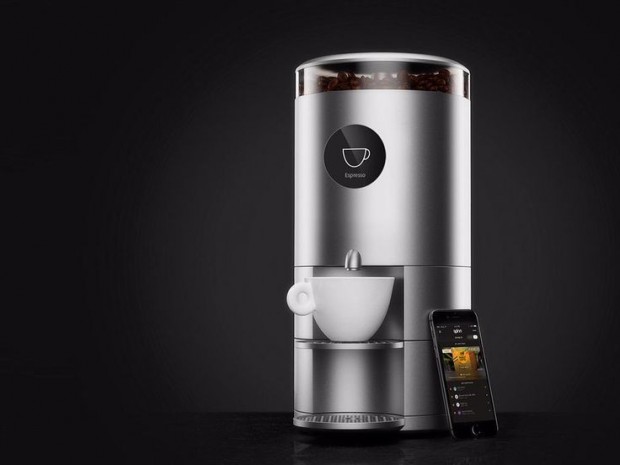 A working prototype exists and has appeared at a number of trade shows and events, most recently including Coffee Fest NY, where Verbeek said it attracted the interest of none other than Leonardo DiCaprio, although the famous actor was too swamped with fans and journalists to spend more than a moment at the booth. “People were diving onto him,” said Verbeek. “We just couldn’t physically get him to the taste.”

The anticipated retail price of the machine is estimated to be $499, and an industrial-caliber commercial version of the machine is also planned for the future. Spinn Coffee is currently seeking investors in order to raise an additional $5 million in capital to fund the launch, marketing and first production run of 5,000 units.

A crowdfunding campaign is in development for the near future, while pre-orders will soon be taken at the company’s own website after the final beta prototype of the residential model of the machine is complete. The goal is to have finished units spinning hot cups on kitchen counters everywhere by the first quarter of 2017.

There seem to be a lot of recent interest for centrifugal extraction. Nespresso did develop a centrifugal machine for the us market https://www.nespresso.com/us/en/vertuo-machines-range

All those people forget to mention that centrifugal machines are quite old and had their glory. For many years, I did enjoy our Picco, a very cheap centrifugal machine which indeed produced a sweet and creamy beverage. You can also check http://ciclonetta.de/ which is based on the same machine.

Just a note… Amsterdam is IN ‘Holland’ (North Holland and South Holland are provinces of the Netherlands).

My old coffee maker is making strange sounds and is its dying stage.
I could use a new Spinn for my December 18th birthday! I’m tired of buying inexpensive coffee makers that quit working about 3 months out of warranty. Yours seems to be a truly quality product!

I’ll buy. My saecco super automatic is biting the dust. Can you use oily beans in the spinn?

It’s almost February 2018 and nobody has a machine. Looking more like a scam or product failure.