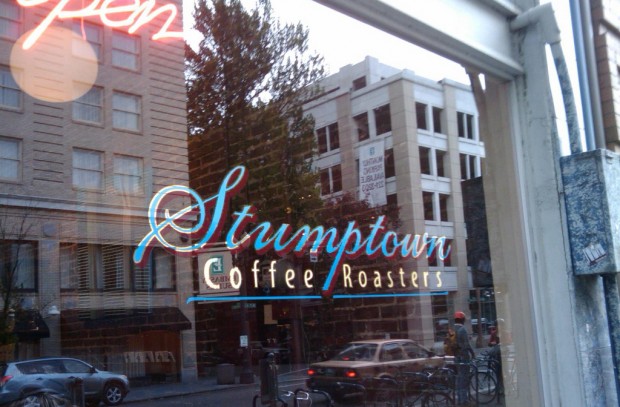 Described in a Peet’s press release as “one of the leading players in the fast growing ready-to-drink cold brew coffee business,” Stumptown will “continue to operate independently while having full access to Peet’s resources and scale,” Peet’s stated this afternoon.

The financial terms of the transaction were not disclosed. Reports that TSG Consumer Partners, which assumed a majority stake in Stumptown in 2011, was looking to sell its share of the brand surfaced in May, and this announcement comes just days after Dow Jones reported that Chicago-based Intelligentsia Coffee — a company that, like Portland-based Stumptown, was one of the early big players in the so called “third wave” coffee movement — may be seeking private equity buyers.

In today’s announcement, Peet’s said that its own brand will “continue to pursue its own growth strategy, operating ‘as is’ across its retail cafes, wholesale and grocery channels.”

“Stumptown’s journey has been about creating a coffee experience that surpasses all expectations,” Stumptown Founder Duane Sorenson said in the announcement. “I’m excited and confident that Peet’s will continue to support our journey in a way that uniquely reflects who we are.”

Stumptown currently operates 10 retail stores in Portland, Seattle, New York and Los Angeles, as well as roasteries in each of those cities, in addition to pushing its popular RTD cold drink products.

“It is with great enthusiasm that we welcome Stumptown to the Peet’s family,” said Peet’s CEO and President Dave Burwick. “Stumptown is an innovative leader in premium and cold brew coffee, and we’re excited to support and further elevate their presence while extending their reach to more consumers.”

Owned by the German conglomerate JAB Holding Co. since a $1 billion deal 2012, Peet’s last year announced the most aggressive retail expansion of its own brand since the company’s founding by coffee industry pioneer Alfred Peet in 1966.