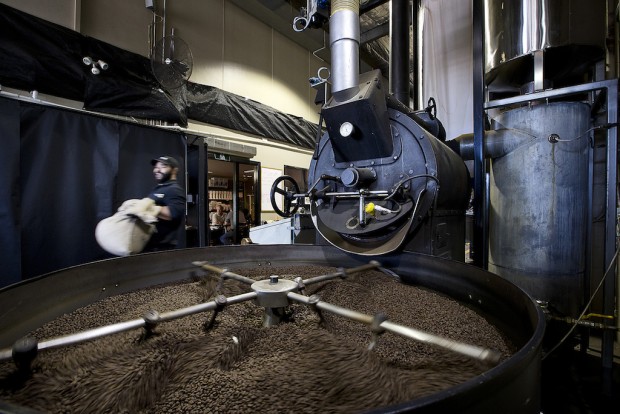 Late last year the Retail Food Group, the largest multi-brand retail food franchiser in Australia, announced plans to acquire the Di Bella Coffee Company, one of that country’s largest specialty coffee roasters. That acquisition was complete as of February of this year, and now RFG, which also owns the Gloria Jean’s and It’s A Grind brands, has set its sights on the United States as a territory rich in target markets to grow the brand.

In what remains largely a batch-brew America, slivers of Aussie influence have been steadily surfacing. Starbucks recently introduced the Flat White to its menu, and a few more authentic examples include the Los Angeles roaster Longshot Coffee, which proudly boasts of its Australian heart and soul, the Bluestone Lane company, which has half opened a dozen locations around New York City, and the Brooklyn-based roaster Toby’s Estate, which was founded originally by Toby Smith in a cottage by his mother’s home in the Woolloomooloo suburb of Sydney.

Similarly, the Di Bella Coffee company started off small in the suburbs of Brisbane in 2002, yet has grown organically into a major force in specialty coffee in Australia, supplying dozens of shops across the continent as well as in New Zealand and now internationally.

The Australian coffee scene is one that generally earns the admiration of higher-end espresso businesses in the US and around the world. Ever since throngs of Italians melded into Australian society after World War I, the espresso scene there has enjoyed a homogenous edge over other coffee cultures, which is an edge that the US industry has increasingly sought to adopt, albeit in a slow and incremental way. 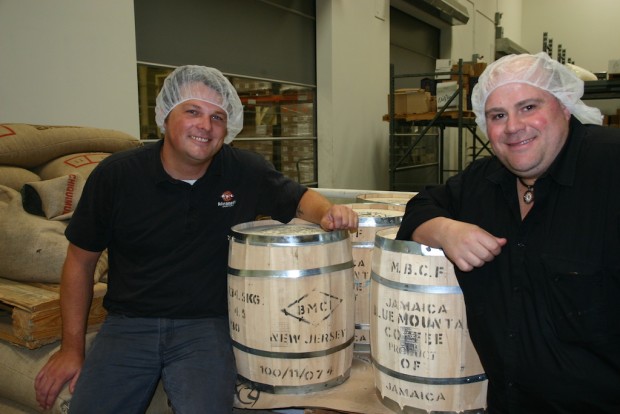 Though still subject to trends and fads, the enduring differentiating factor in the Australian industry is the prevalence of specialty grade espresso coffee, which is considered to be the norm in any service environment there, as opposed to in the US where the specialty market share only just surpassed 50 percent for the first time in 2014.

Be that as it may, RFG does not intend to capitalize on Di Bella’s Australian-ness, specifically. Rather it is the objective quality of the coffee and of the service the company provides that are considered its keys to success. “We tend not to nationalize our brands, per se,” RFG’s CEO Commercial Gary Alford told Daily Coffee News. “Without a doubt we will probably leverage off of the traction that espresso coffee has made in Australia. But Di Bella Coffee USA will hopefully be seen as a US institution in America.

“It’s really about taking a movement that we see happening in the US at the moment, that’s a very slow but gathering momentum of migration away from drip-filter into espresso coffee. And that’s really the leverage and the expertise that Di Bella Coffee has.”

RFG Di Bella representatives are on the ground in New York and California, drumming up distribution deals for nationwide dissemination of the brand, which Alford stated will remain true to the identity, products and services it excelled in providing prior to the acquisition. 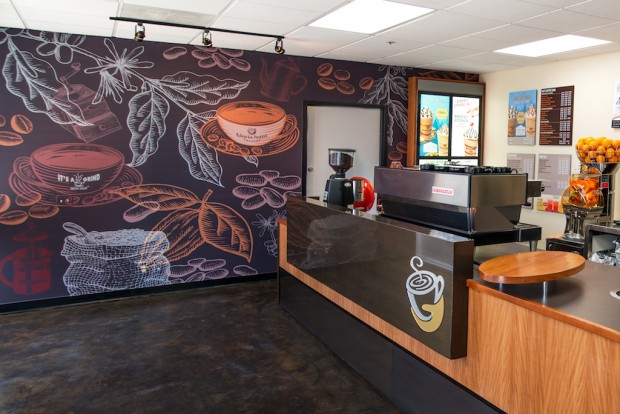 “With every business that we acquire, and we’ve acquired a number since our listing in 2006, we try to ensure that the DNA of each of those businesses remains,” Alford said. The full-service nature of Di Bella — the espresso training they provide, the equipment and ancillary supplies — will continue to be an inherent part of the character of the business, acting as essentially a partner to their client cafés.

For its full roster of coffee brands, RFG will be roasting six million kilos of coffee per annum. Di Bella now constitutes 1.8 million of those kilos. The corporation operates two industrial roasteries in Australia, one in New Zealand, and one in Santa Fe Springs, Calif. David Sager, the master roaster in the Santa Fe Springs facility, has received training directly from Phil Di Bella and other members of the Di Bella technical team, to deliver a product that balances the original character and quality of Di Bella coffee with an understanding of US coffee preferences.

It’s interesting to note that the Di Bella business model is not one-size-fits-all, nor does it endeavor to experiment with Australian tastes on the US palette. “That would be arrogant of us, to think that what we like here is liked over there,” said Alford. “We’re fortunate inasmuch as we’ve had a master roaster in place in the US for many years. They’ve been roasting to the US profile for some time, and we’ll simply continue on with that.”

Phil Di Bella, meanwhile, is now heading up Di Bella International, traveling around the world to establish new accounts and lay groundwork for new roasteries and further expansion. Said Alford, “We have plans underway at the moment to set up further roasting facilities throughout Asia and the Middle East, and they will be branded Di Bella Coffee as well.” 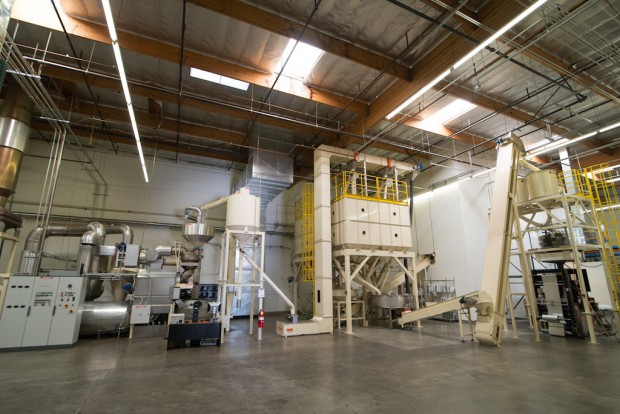 Production in Santa Fe Springs has begun, with the first few accounts receiving their first shipments this month. There are not currently plans to build branded brick-and-mortar Di Bella Coffee retail locations, as RFG has also acquired the Gloria Jean’s franchise brand and is prioritizing the revitalization and expansion of that footprint. “Di Bella really has a space within the specialty coffee area,” said Alford, who stated that to extend that to branded outlets in the States might compromise the primary goal of establishing a high-end wholesale market.

“Di Bella Coffee will be a coffee supplier to individual café owners and outfits who wish to have that sort of high-end specialty coffee for their businesses,” said Alford, describing Di Bella as a wholesaler that will be entering markets in major US cities, where it will compete with smaller local roasters that also offer wholesale services. “They’re obviously the key target markets for us, they have an espresso culture, and we certainly want to be part of that.”

Don’t forget the Australian owned Oceana Coffee down in Florida. They just picked up 4 Medals (1 Gold, 1 Silver 2 Bornze) in the Golden Bean North America after entering 4 coffees in the first competition.
Phil Di Bella has long been an inspiration for the owners of Oceana Coffee since meeting DiBella in 2006

Bella really has a space within the specialty coffee area .
https://clippingpathlab.com/