As coffee roasting and production spaces shaped up more like scientific laboratories in 2015, the evolving field of sensory analysis was running a parallel course, with several parties from the private industry, the nonprofit sector and the academic world helping lead innovations in how coffee is perceived.

Where these two worlds collide is still somewhat a matter of question, although there are numerous partnerships already underway connecting the cutting edge in flavor science to coffee evaluation. Here are some of the top stories we reported on in sensory analysis in 2015:

Is This Your Standard for Blueberry in Sensory Evaluation of Coffee?

You might not expect a conversation on flavor to lead with climate change, but the two seemingly disparate subjects are both at the heart of the immensely ambitious work being performed by Texas A&M-based World Coffee Research.

How UK-Based FlavorActiv Hopes to Redefine Sensory Analysis in Coffee 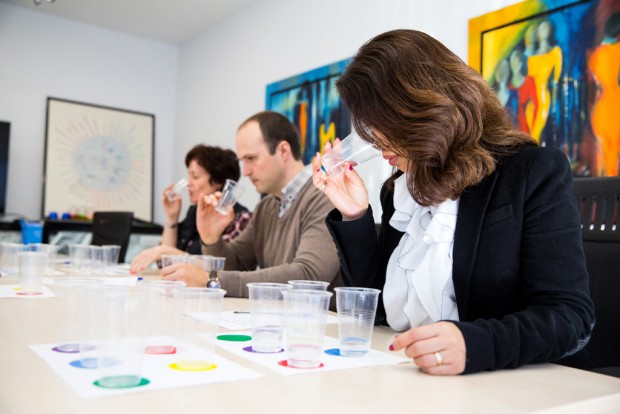 The global sensory standards company FlavorActiv has for the first time directly addressed the coffee industry, with plans to introduce its own approach toward a unified language of sensory evaluation. In a presentation titled, “Coffee Sensory: Time for a New, Global Approach?” at the 3rd International Congress on Coffee, Cocoa and Tea in Aveiro, Portugal, late last month, the company introduced its new sensory analysis kit, which will see wider release later in 2015 and purports to offer a platform for simple, standardized sensory evaluation to coffee tasters, the same way previous kits have for craft brewers.

Chew on This: Fat Taste Is a Real Thing in Coffee and Other Edibles

Researchers at Purdue University say they have found evidence to support fat as a sixth basic taste, in addition to sweet, sour, salty, bitter and umami. Scientists have argued for the taste of fat, which the Purdue team refers to as oleogustus, as an appropriate addition to the primary list of tastes for years. However, the most recent research suggests it has been held back by the scientific sensory analysis community at large because it has historically been associated with mouthfeel — viscous, velvety, heavy, etc. — rather than flavor. In coffee terms, fat taste is most likely to be associated with defect descriptors such as rancid or rotten.

Sensory Analysis in the Northwoods: A 2015 Roasters Guild Retreat Recap 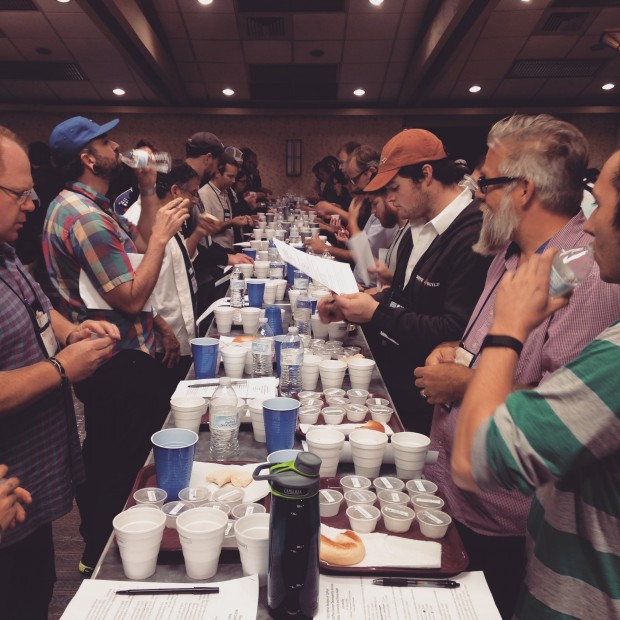 The RG retreat, which annually sells out, was the guild’s largest to date, bringing together more than 200 coffee roasters to create relatively intimate clusters for learning, skill building and information sharing through formal education sessions, sample roasting and cuppings, and the annual roasting competition (which was this year won by Team 4 of 19, a.k.a. “The Maillards”).

The first part of the Colombia Sensory Trial featured coffee buyers and quality control experts from some of the most important coffee organizations in the Americas. During two cupping panels at Intelligentsia Roasting Works in Chicago, they scored pairs of Castillo and Caturra samples collected from 22 farms in Nariño, Colombia. 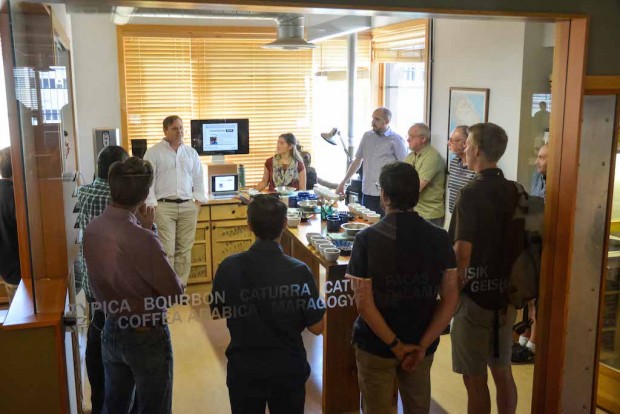