Outside the Box: Thoughts On Coffee’s Latest Design Trend 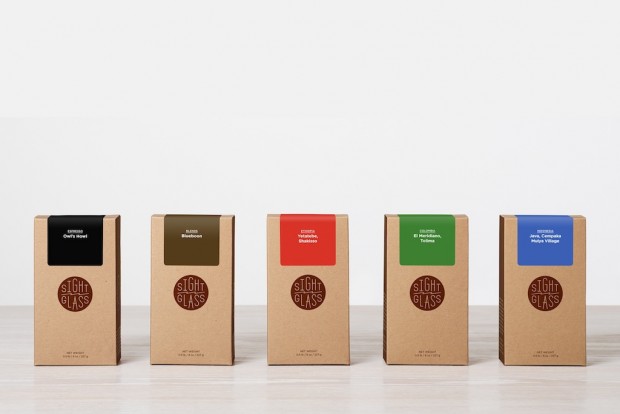 The box — literally a metaphor for uncreative thinking — is emerging as a popular packaging trend among some of the most creative people in coffee.

San Francisco’s Sightglass Coffee just this week unveiled its new bag-in-box coffee packaging, which has drawn visual comparisons to that of Stockholm’s Drop Coffee Roasters. New York newcomer Supercrown Coffee Roasters unveiled its cafe and roastery to the world earlier this month, showing off a box-based design for its subscription and in-store packaged coffees, while other high-end roasters such as Chicago’s Halfwit Coffee Roasters have employed box packaging to distinguish limited-release coffees from their bagged counterparts.

In shape and structure, the box offers some clear practical advantages in terms of uniformity in a retail displaying, and in bulk packaging for shipping — factors we recently discussed with Ithaca Coffee Company regarding its new box look.

But the box is also something to look at, and for more on that, we reached out to Kandace and Ray Brigleb of the Portland creative agency Needmore Designs, who shared with Daily Coffee News a transcribed discussion on the box aesthetic and potential appeal among coffee companies and consumers. 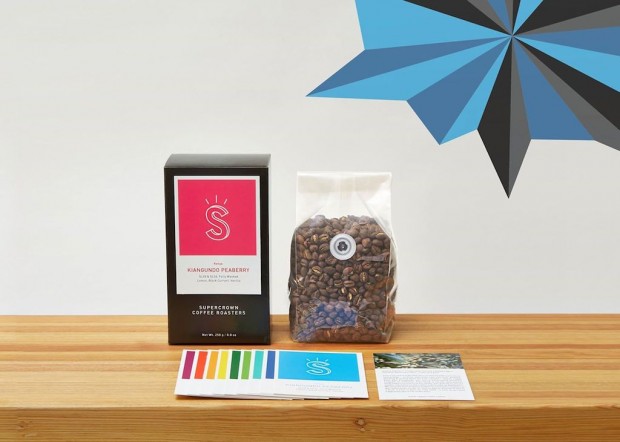 “The box design is a newer trend, along with white bags,” Kandace said. “To say that it is a trend isn’t to say it’s something negative. It’s an interesting design that I would embrace. People are doing really cool things with boxes such as Martin Justesen with the new Supercrown box.

“It plays really nicely into a modern, Dutch design aesthetic. Boxes are on this continuum of evolution from the craft bag. First, bags got more ornate and complex. Now, we’re seeing the boxes and the white bags as a return to the simplicity of craft with a more modern twist. The boxes are modern and architectural. They line up neatly on the shelf.”

From a design practicality perspective, Kandace and Ray noted an additional benefit of not having to design around the valve, which in the case of boxed coffees, is part of the interior bag, which is typically an undecorated clear plastic. Divorcing those two elements, Ray said, offers an additional advantage as the individual bag of coffee begins to shrink. 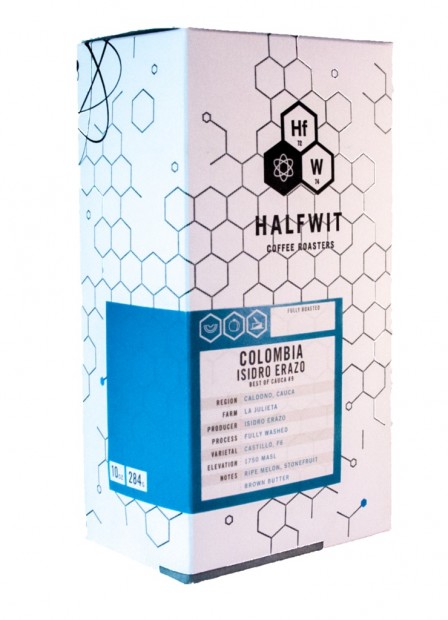 “When I’m halfway through a bag of coffee, I’ve rolled it up, I’ve folded it. In order to try to keep it fresh it ends up looking like a tube of toothpaste that’s half used, which is not appealing,” Ray said. “With a box, the box remains unchanged the whole time.”

Said Kandace, “You have complete control over the design experience.”

In many cases, an additional design opportunity is in the box seal, which can double as a space for logos and information about the company or the coffee itself. Breaking that seal perhaps offers consumers’ opportunity for another little thrill in trying a new coffee.

“They’re actually sealing the box with a sticker that describes the coffee,” Kandace said of some existing coffee box designs. “That’s pretty cool. It’s like you’re breaking the seal to open the coffee.” 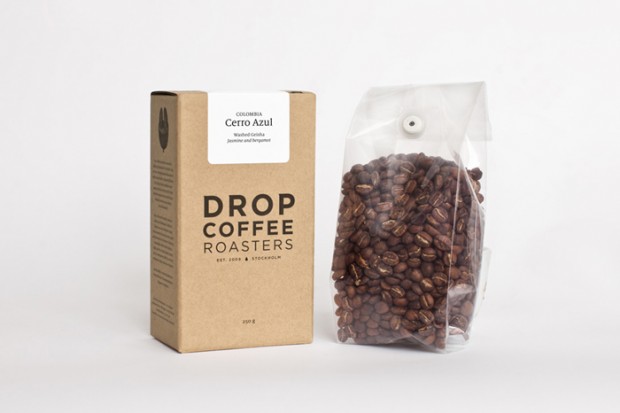 I would say to Ray that he should care more about his coffee than to leave it in the bag after purchasing. Coffee should be stored in something at least air tight. Is there no need for a outgas valve with these boxes? Do they seal as tight as a heat sealed foil bag? Is this driving up the price of the coffee for all this packaging? Is the new wave of packaging causing in part the move from providing our customers with a full pound to the 12 ounce package just to hide the extra cost? Is the box more friendly to our environment? I must say this article raised more questions than interest in box packaging. For me, as a roaster, it’s the quality of what is inside and giving good value to my customers that’s more important than the shiny new packaging.

Just what we need. More pretty trash. No thanks.

When will the responsible roasters address the environmental issues associated with packaging. Its bad enough K Cups are an ecological nightmare but the artisanal roasters should be more committed to the environment and help create more earth friendly packaging. Not adding to the problem with excess packaging that is not earth friendly. Lose the foil , lose the boxes, and make a concerted effort to clean up this planet. If its not biodegradable, don’t buy it.