La Colombe Brings its Innovative ‘Draft’ Latte Can to ‘The People’ 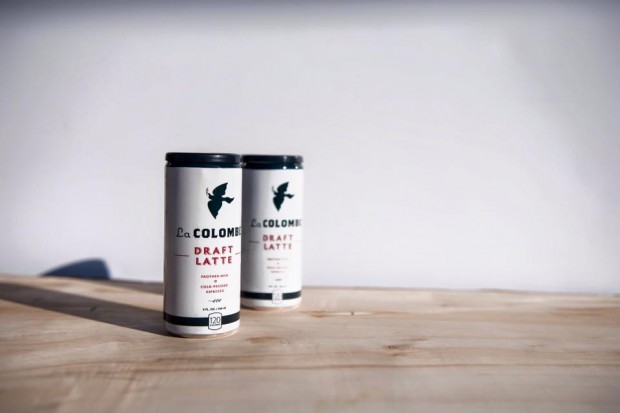 Philadelphia-based roaster/retailer La Colombe and its charismatic co-founder Todd Carmichael have been in the midst of a long PR blitz to promote the company’s canned “draft” lattes, which officially began appearing on store shelves yesterday. And despite some bombastic claims surrounding the product launch, it’s development is significant in the ever-growing RTD specialty coffee world.

The company is using words like “revolutionary” and “groundbreaking” to describe the product and the process behind it. It recently released a promotional video that, given the frenzied presidential politicking currently taking place in the U.S., can’t help but draw comparisons to a campaign ad. “The coffee revolution has started,” Carmichael announces in the video. “So there you have it: The real thing done the right way with no bullshit, because America deserves better coffee.”

The tap version of the beverage became a staple at La Colombe retail locations following its introduction in the summer of 2015, and it makes perfect sense that the well-funded coffee company would try to make it available within the specialty RTD segment. Of course, things in cans aren’t draft, so the company had to engage in some serious R&D to attempt to bring it to the masses.

To be clear, no one at Daily Coffee News has sampled the canned beverage and we have no relationships with La Colombe or its suppliers in this venture that would constitute a conflict of interest. That said, we can’t help but observe that the can itself and the overall product are objectively fascinating.

The contents of the drink, according to the company, include milk heated to a point of 180-day shelf stability; a blend of La Colombe roasted, cold-brewed coffee; 2 grams of sugar; and acacia gum, an ingredient commonly used to ensure an equal dispersion of sugar. 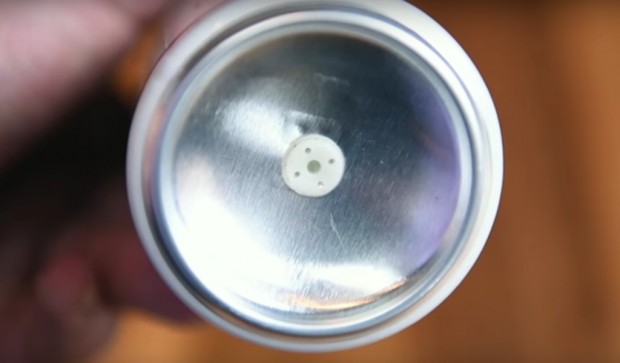 When the can is opened, a small valve in its bottom releases nitrous oxide gas, that had been contained in liquid form, into the beverage, creating a wave of micro bubbles that make their way up through the drink, providing the desired frothiness. The valve was developed by La Colombe in a partnership with Philadelphia-based Crown Holdings, Inc., which offers an array of solutions in beverage and aerosol canning. It’s called the “Innovalve.” The can is also topped with a protective plastic lip guard.

This canned “draft” latte may not exactly usher in “the coffee revolution,” but it is nonetheless an interesting candidate in an increasingly crowded field facing today’s coffee-drinking electorate.

Thanks for this “article”. I found it to be “very” educational.

To be clear, I have not yet read the article. But by looking at the page format and tags in collaboration with a co-worker we have decided that it must be a blog post and we can only assume it’ll be very educational within the crowded field of coffee “reporting”.