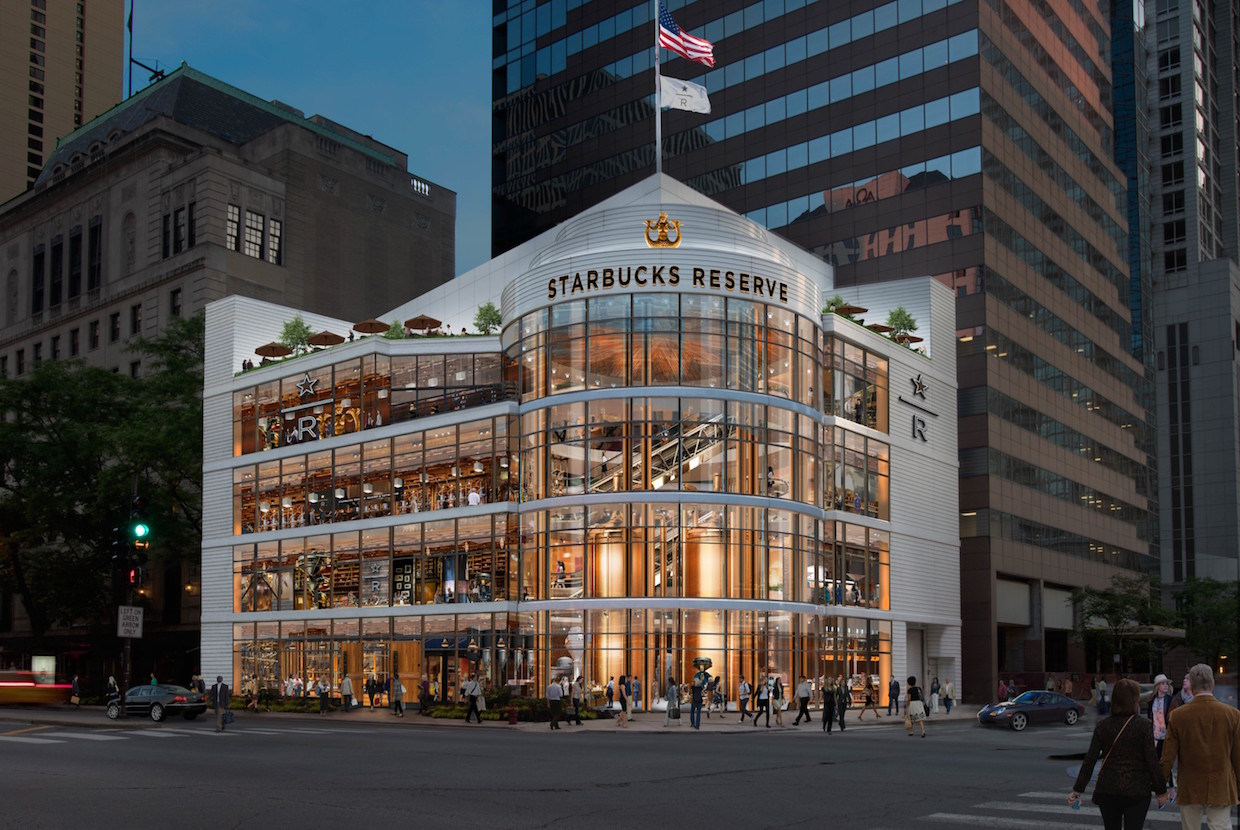 It would be the company’s third Reserve roastery in the United States, following the Seattle flagship that opened in Seattle in 2014, and a New York location slated to open next year. The company is also planning reserve roasteries in Shanghai (2017), Milan (2018) and Tokyo (2018).

While it’s true Starbucks currently has its name on more than 25,000 stores around the world, the existing Seattle Reserve facility and the plans for the other five Reserve roastery are significantly more ambitious than the other 24,999+, serving as massive showpieces, anchors and functioning production facilities to drive Starbucks’ push into the premium, quality-oriented upscale coffee retail market.

The company has also built 20 Reserve-brand bars into the U.S., including three currently in Chicago, with more coming. At its annual “Investor’s Day” last December, Starbucks spokespeople said the company plans to open 20 to 30 Reserve Roastery locations globally over time, plus as many as 1,000 Reserve-brand retail stores.

With plans to open at N. Michigan Ave. and Erie in the heart of Chicago’s most heavily foot-trafficked, tourist-driven shopping corridor, the company has gotten a hearty endorsement from the city’s beleaguered mayor, Rahm Emanuel. In Starbucks’ announcement today, the company quoted Emanuel as saying, “This Starbucks Reserve Roastery will be an investment in Chicago and a strong addition to Michigan Avenue, where residents and visitors can enjoy incredible coffees from around the world in a remarkable environment.”

How to recover coffee aroma during roasting?