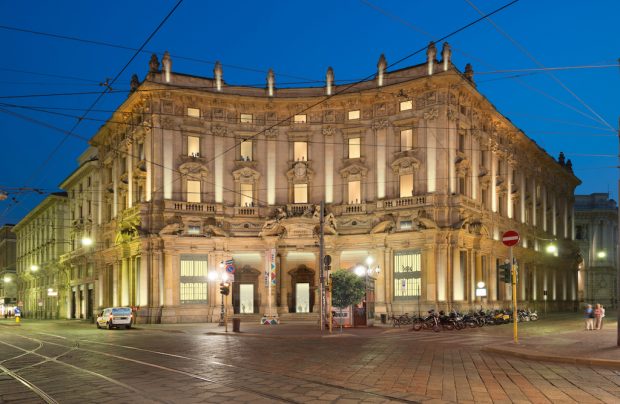 Starbucks has announced plans to open a Reserve roastery in Milan, Italy, which would be the company’s fifth throughout the world and its first ever entry into the Italian market.

It was a year ago that company CEO Howard Schultz, who plans to resign his duties on April 3 of this year, announced that the company planned to open stores in Italy with “humility and respect.” Schultz has repeatedly said that it was on a trip to Milan that included visits to numerous Italian cafès 34 years ago while representing Starbucks at a trade show as the marketing director, that he found the inspiration for his vision for the company’s future.

In an announcement today, Starbucks and Schultz repeatedly used the word “respect” in describing plans to open the Milan roastery. Not to confuse respect with modesty, those plans include building out a 25,500-square-foot space in the Palazzo Delle Poste building in the Piazza Cordusio in central Milan, followed by the opening of “a small number of Starbucks stores in Milan for the balance of 2018” led by Italian franchise licensee Percassi.

“Taking a respectful and measured approach to store openings is at the heart of the Starbucks strategy in Italy,” Starbucks said in the announcement.