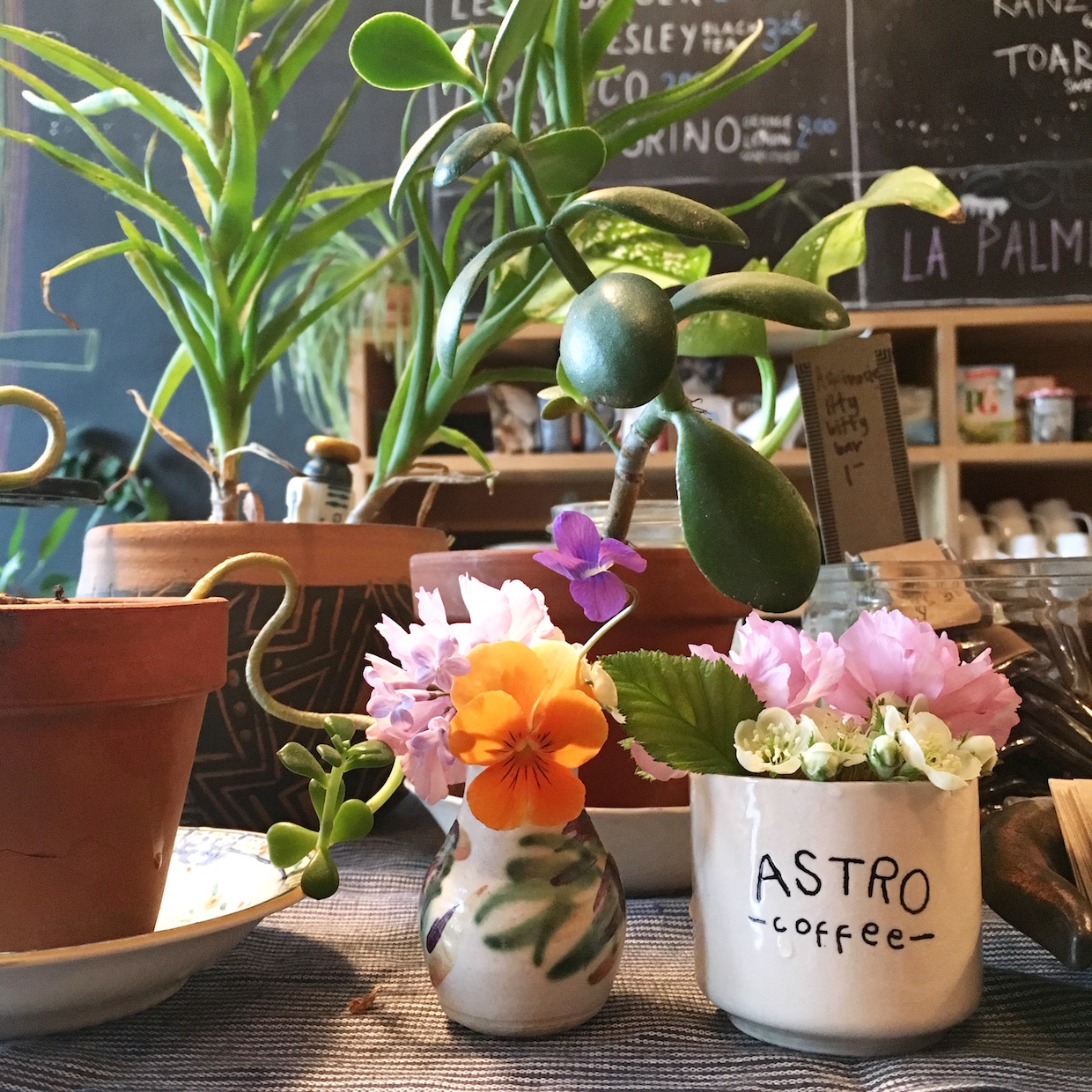 All images courtesy of Astro Coffee.

Detroit multiroaster Astro Coffee has quietly expanded into its own in-house roasting program. Owner Daisuke Hughes confirmed with Daily Coffee News that the company’s new cold brew offering is made from the first publicly available Astro roast, and that this is only the first step in a new direction for the company.

“We work with some exceptional roasters, such as George Howell, or Heart,” Hughes said of the high bar Astro has set for itself prior to roasting its own. “You’ve built a discerning clientele that’s used to a certain profile, and then if you can reach that profile it’s not a problem, but if you aren’t reaching that on day one, they are going to notice. As a customer I’ve received that kind of situation and been a little bit disappointed. We’re trying to be really conscious of not doing that.”

It was through pure serendipity that, at just the time Astro had begun shopping around for a roaster, a local friend who’s also a landlord happened to be laying groundwork for his own new coffee company, which fell through when the coffee partner backed out, leaving him with a 15-kilo-capacity Probat already installed and ready to rumble in a built-out 1,500-square-foot facility just a couple miles from Astro Coffee’s Corktown shop. 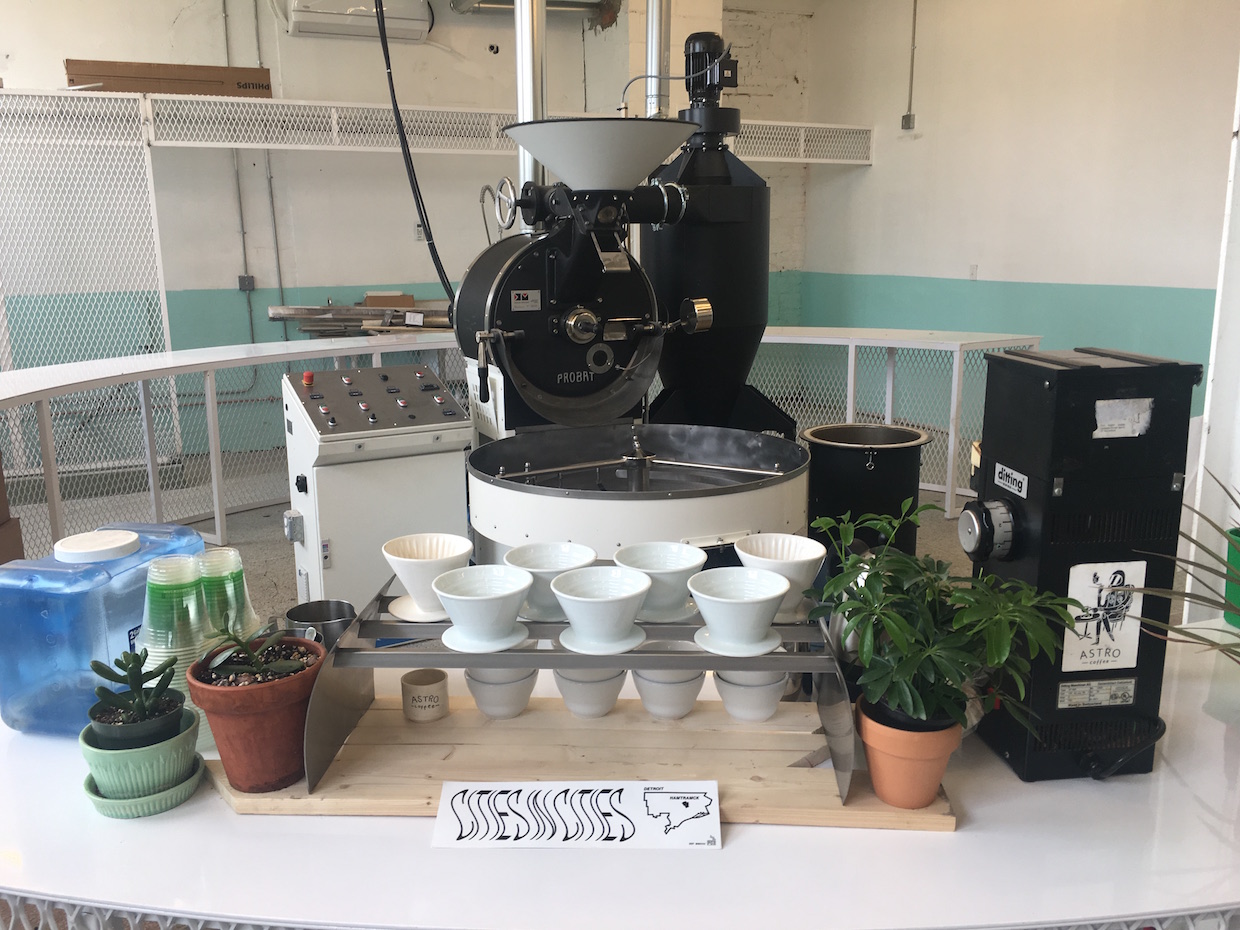 “We thought this was another six to 12 months down the road, and I could only dream of this Probat,” said Hughes. “We were looking at 5 or 10-kilo Diedrichs, because we couldn’t afford a $60,000 machine, but this is how the dust settled.”

It’s not the first time the company has enjoyed some luck in the bargain-hunting department. The café’s first-generation Synesso was also barely used and sat languishing for years after having been acquired by a company that never opened in its remote Upper Peninsula location, and therefore offered a steep discount to anyone willing to come pick it up. Hughes was additionally pleased when he realized it was among the first ten the Seattle company ever made.

“I’m honored to have one of the first ones,” he said. “I’m happy to figure out how we’re going to make it work and how to make it better without just buying a new one.” 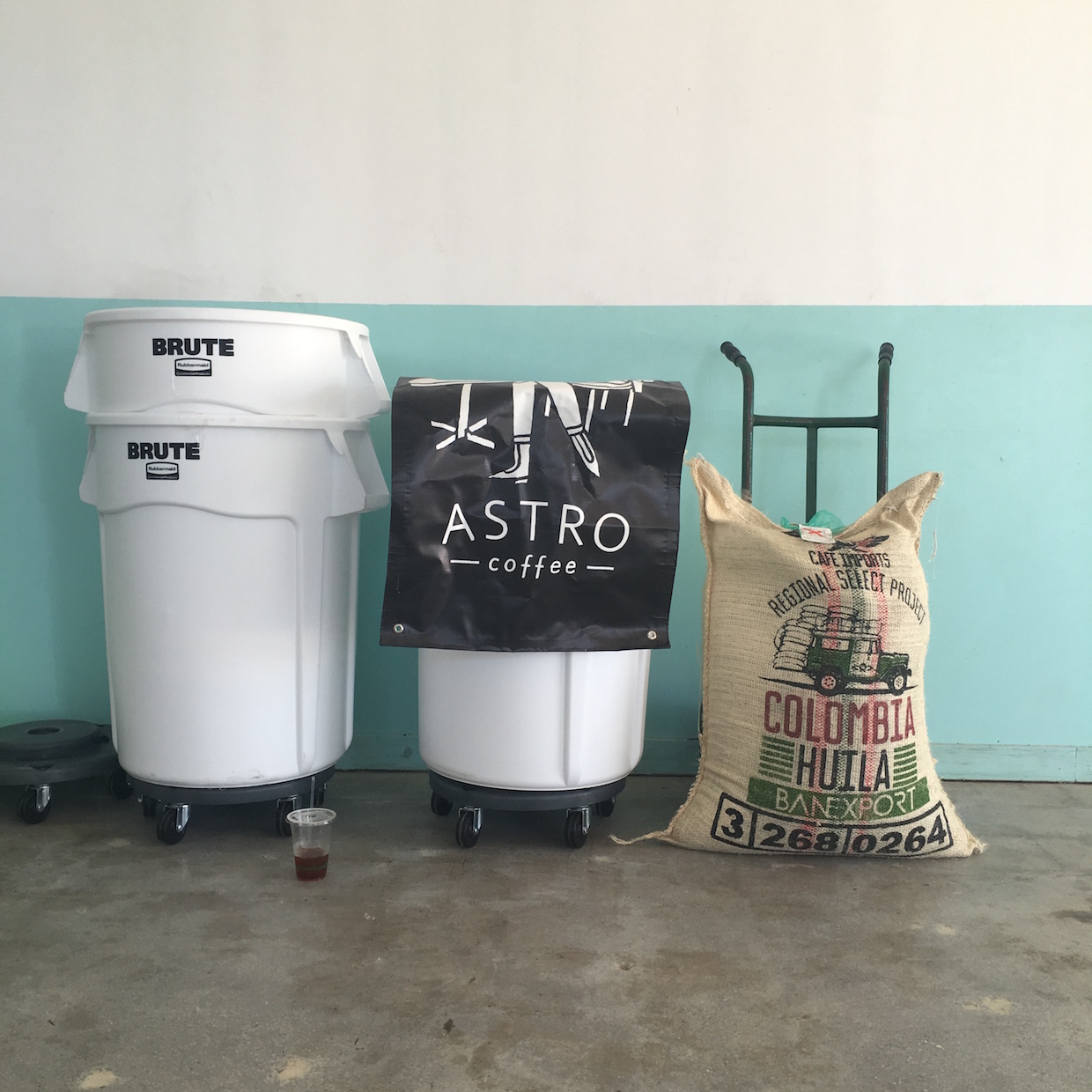 The Synesso is backed by Mazzer grinders for espresso while an EK43 grinds for Kalita Wave pourovers, and every drink made by Astro baristas can be adjusted for brewing directly onto ice on request. To this point that’s how the company has handled cold coffee options, as Hughes is not personally a big fan of the typical cold brew flavor profile. Although now that Astro Head Roaster Alejandro Fesili is turning select greens from Café Imports brown specifically for this method, Hughes admits the speed and convenience of a prepared, grab-and-go-type option is an attractive x-factor as he analyzes the financials at this very early stage of roastery development.

Hughes said he finds cold brew to be a “more forgiving” method than any of the others offered at Astro, therefore they’ll stick with roasting for cold brew for starters and slowly introduce their own roasts to espresso later, and then finally manual pourover — the most revealing and transparent of methods.

It has been to their advantage as a multiroaster that they continue to be surrounded by the impressive work of a variety of renowned roasters, against whose products Astro can blindly cup its own at every stage, one bag and one origin at a time.

“It would be very easy to get 10 different greens in, roast them all, cup them all, and begin to believe our own Kool Aid, and never taste another coffee again that’s not ours,” Hughes said. “We really want it to be comparable to what is already out there, and we don’t have a sense of how long that’s going to take.” 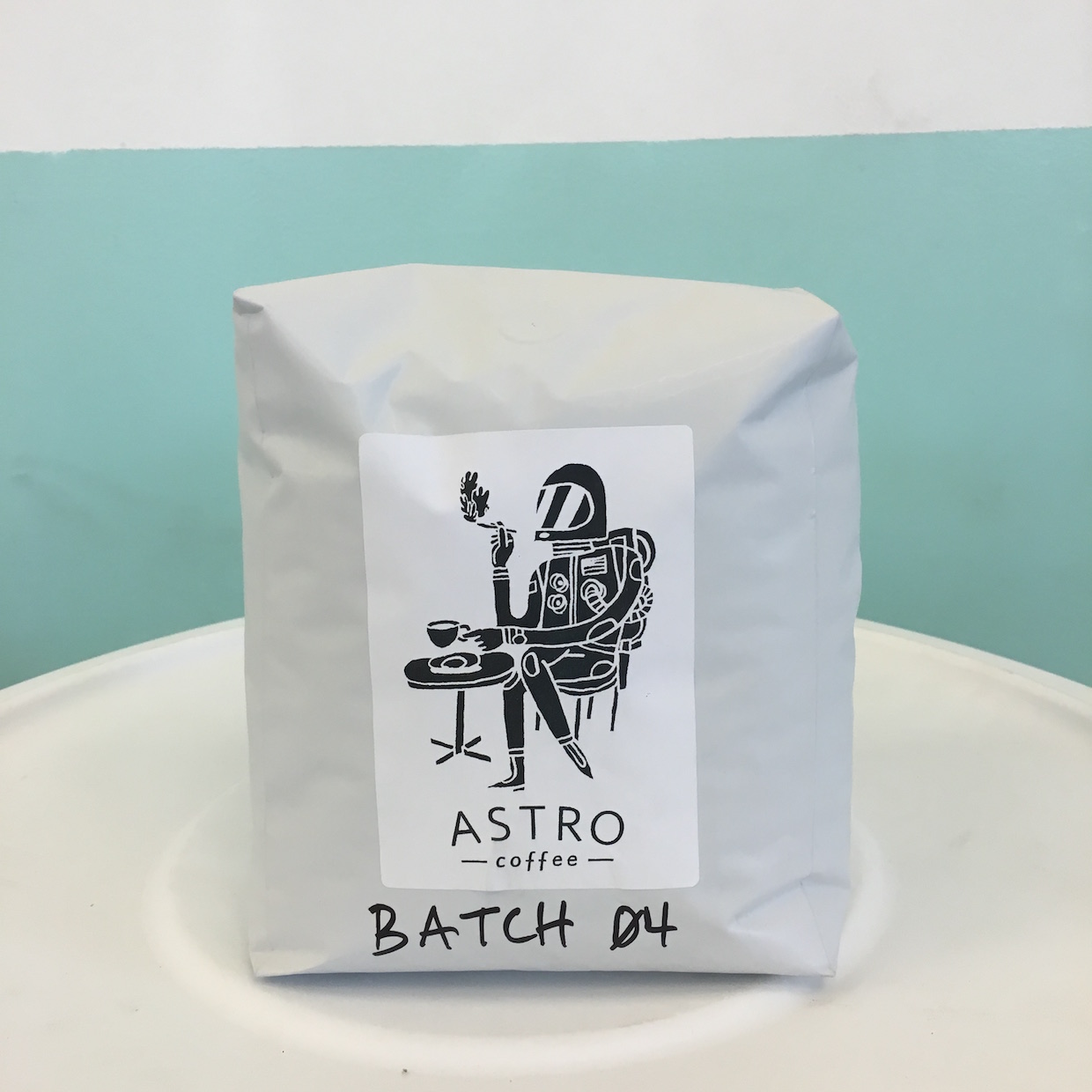 Hughes stated that while wholesale is a consideration in the long term, as is potential expansion into an additional retail operation, growth will be very slow, funded entirely “off the back” of the café. Said Hughes, “We’ve been scrappy since day one, six years ago. Nothing’s changed.”