Minimalist Manual Lever The Newton Presses Down This Fall 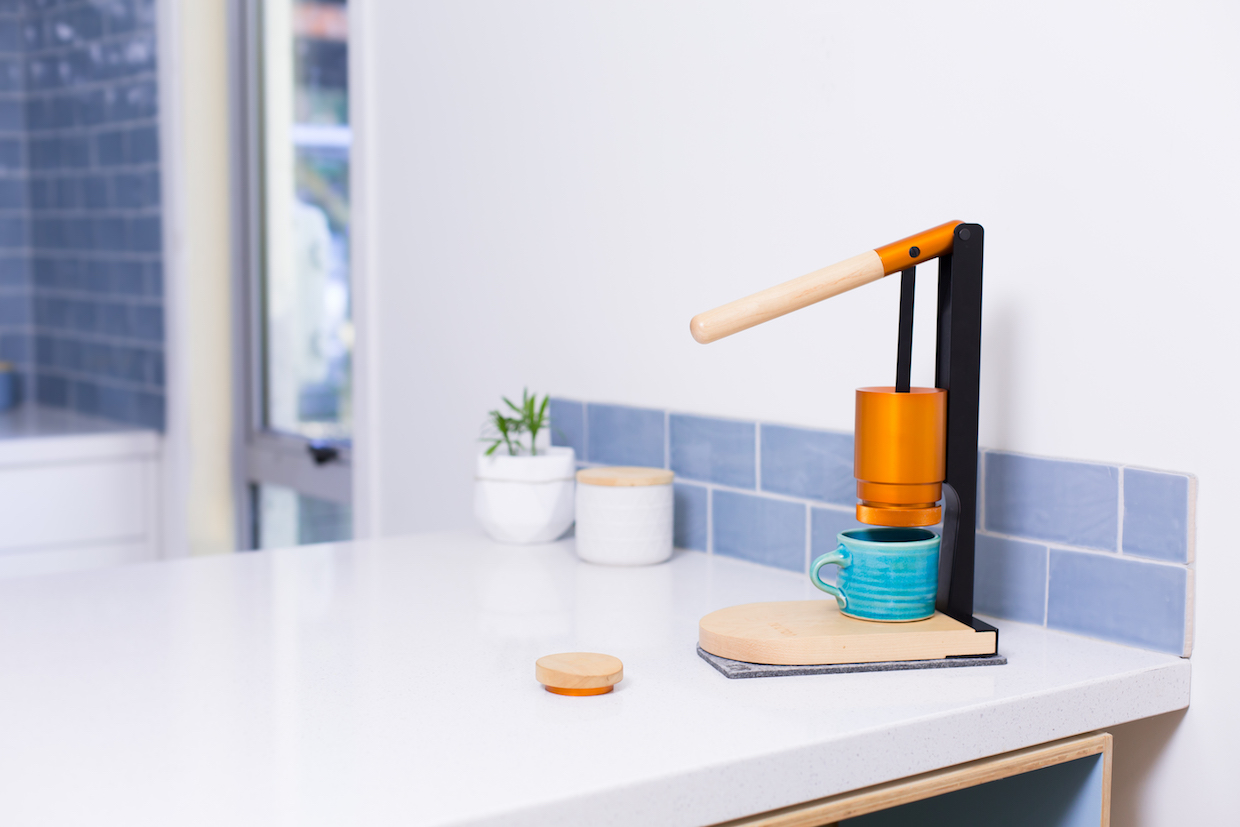 The Newton manual espresso maker. All photos courtesy of Newton.

The clean-line, minimalist aesthetic given to so many of today’s new cafés has flowed throughout these interior spaces all the way to the equipment by the bar, where baristas bring the coffee experience to life through the aid of functionally advanced yet sleekly designed tools.

The same could be said for recent submissions to the category of manually-operated espresso-making devices, from the Strietman to the Espresso Forge to the Flair. Lovers of straight espresso and straightforward design will gain another temptation this fall as the field grows by one more object of minimalist coffee craft called the Newton. 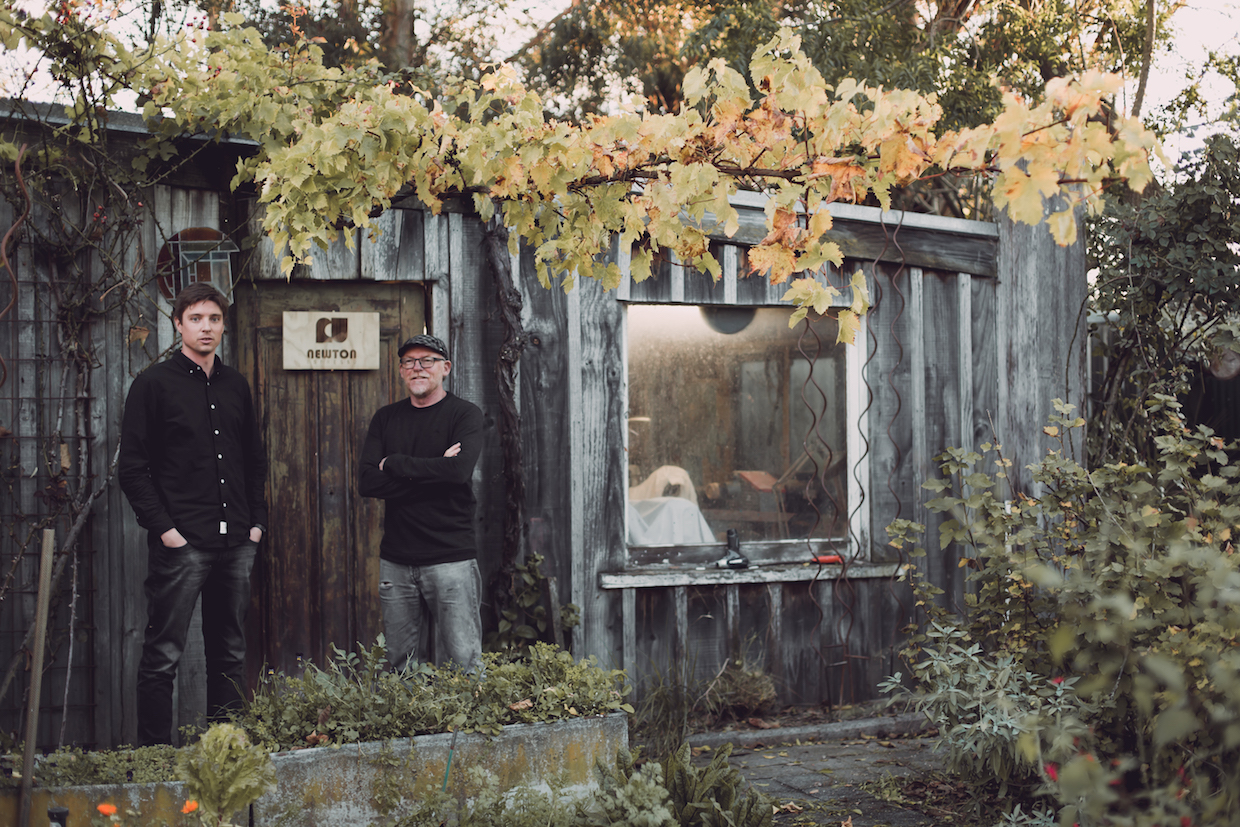 Developed in New Zealand by designer Hayden Maunsell and craftsman Alan Neilson, the Newton is a simple manual lever espresso machine with no electronics, comprised of a powder-coated aluminum frame and anodized aluminum barrel and lever. Its base and handle are clear-coated maple, and its function, as its name implies, is simply to translate the user’s manual force on the lever to hot push water through coffee, and to maintain a pleasant appearance while doing it as well as while idle. 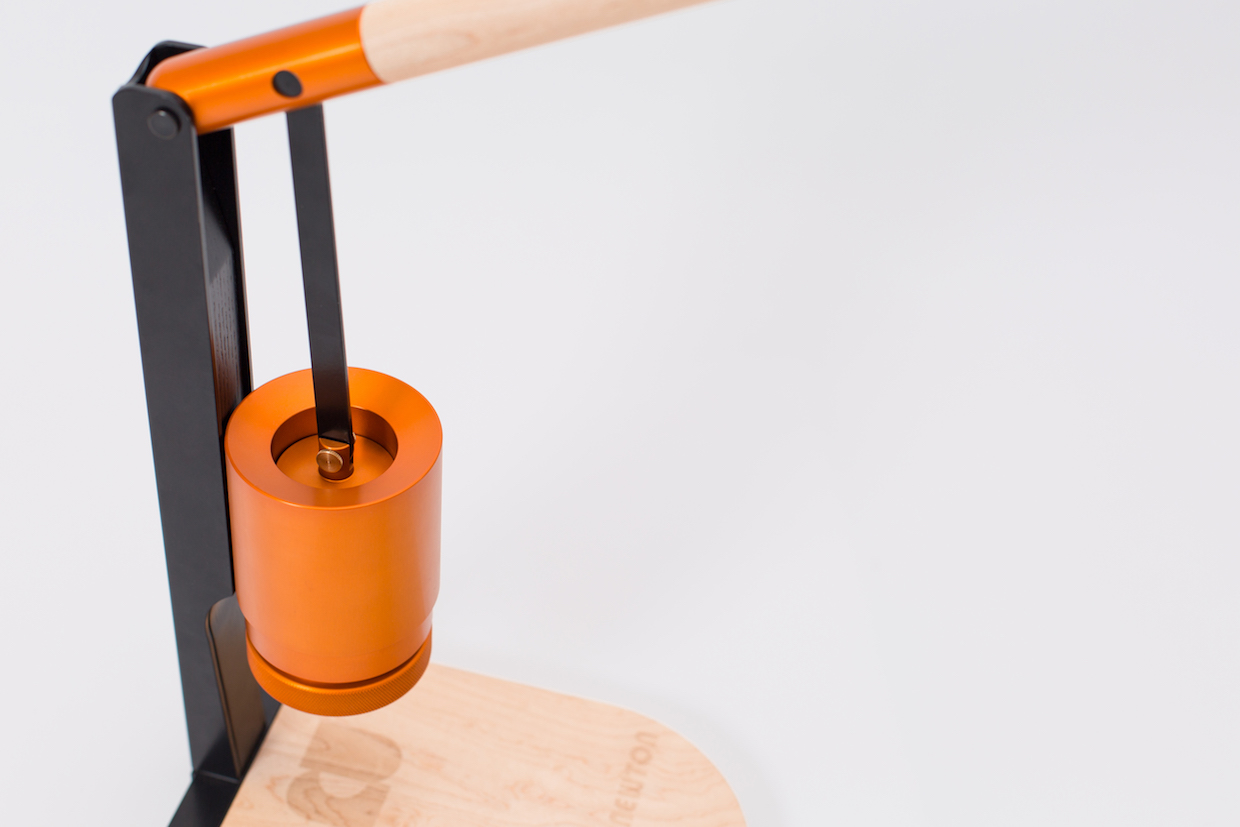 “Our target market is people who enjoy beautiful design and also the process of actually making coffee. Those that are more likely to surround themselves with thoughtful, considered objects, and appreciate the intrinsic value of design beyond the machine’s functional performance alone,” Newton Brand Manager and Alan’s son Josh Neilson told Daily Coffee News. He added that the Newton is intended to live on display, either on a kitchen counter or mounted to the wall, as opposed to being stowed in a cupboard when not in use.

Development of the machine, which weighs about 2 kilograms (4.4 pounds) and can dependably achieve between 8 to 10 bars of pressure, according to the company, began roughly two and a half years ago. 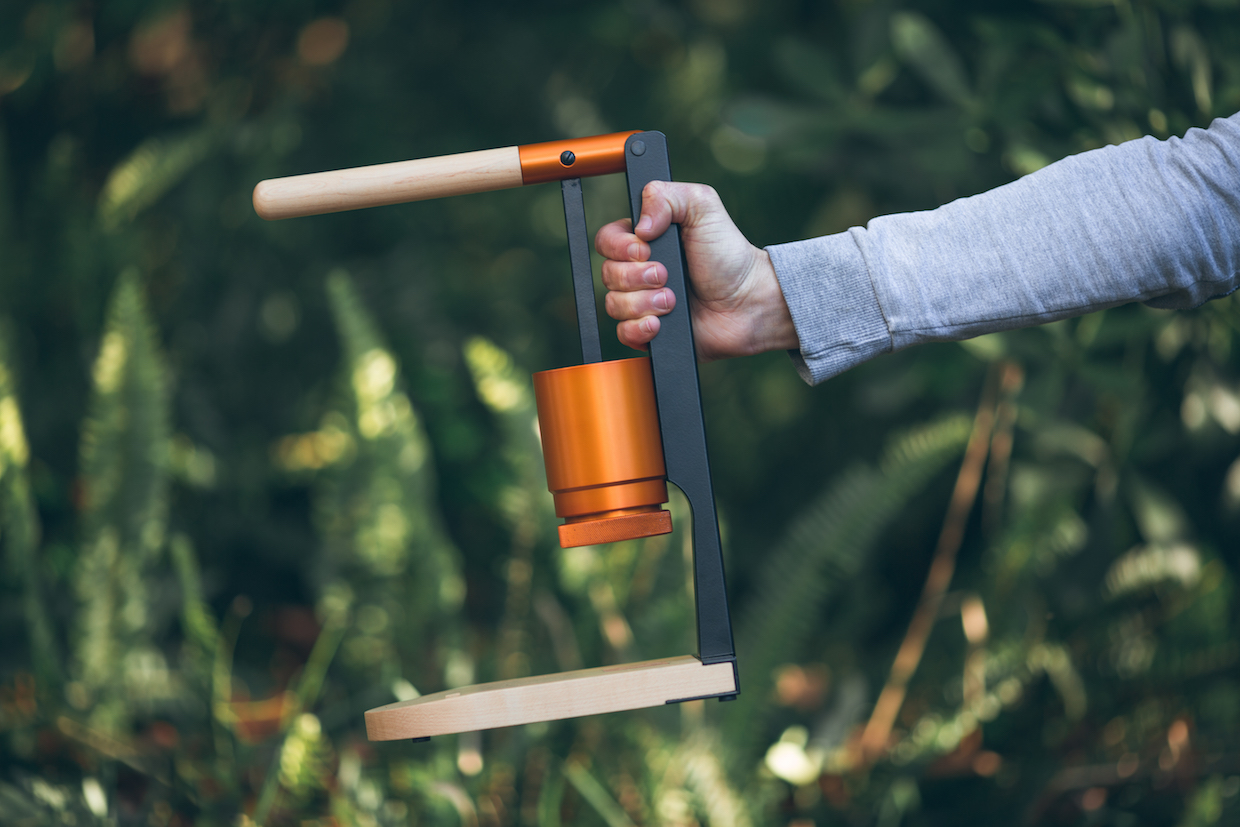 “We are stoked to have the Newton compared to the Strietman,” said Josh Neilson, praising the latter machine for its beauty but noting that the Streitman does incorporate electronics and lands at a higher price point than the Newton is slated to carry. The Flair machine is a more apt comparison in Neilson’s view. 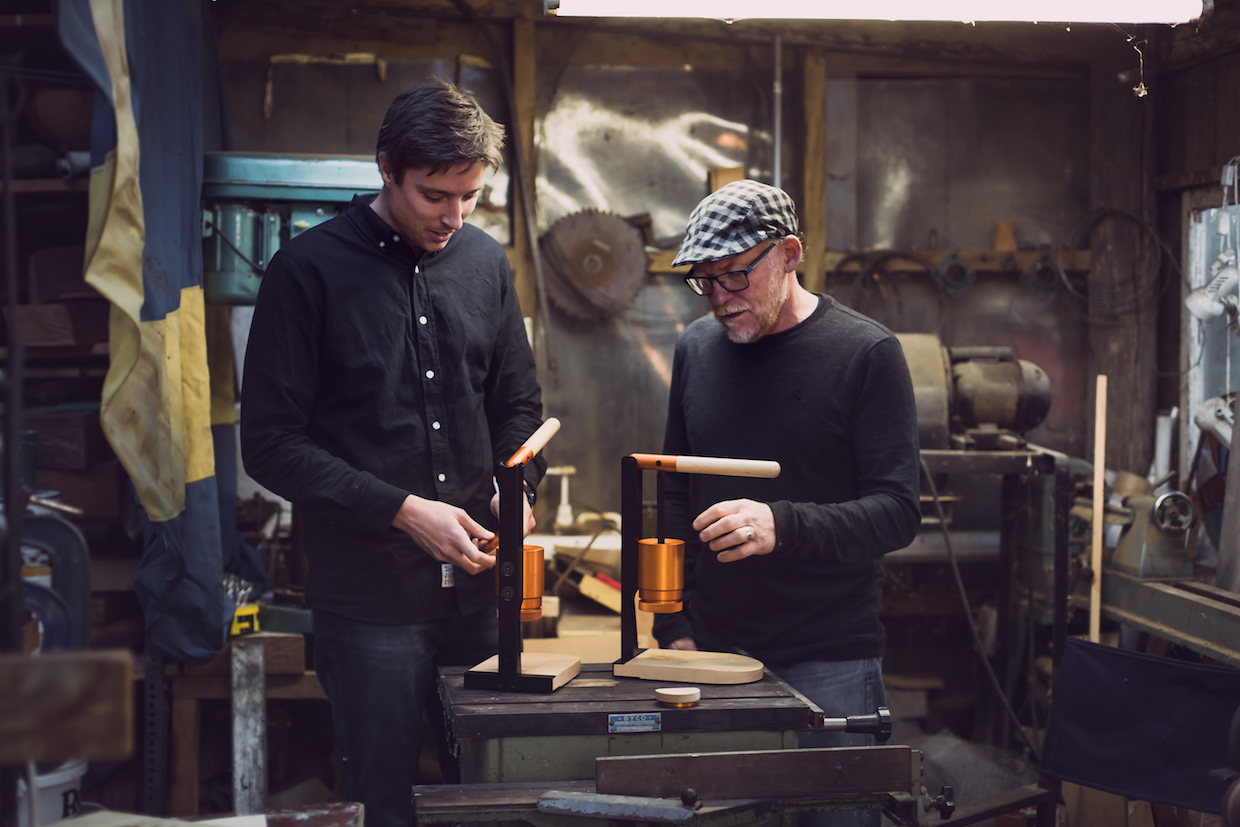 The Newton’s filter basket is 51 millimeters in diameter and holds between 14 and 19 grams of ground coffee. The basket rests inside what is essentially the Portafilter but does not lock into place, making is easier to prepare multiple baskets for multiple quick shots in succession. A matching custom tamper and tamping mat will be supplied with the machine, which Neilson said will debut in either black or orange but may be offered in additional colors over time.

The Newton is currently expected to retail for approximately $580 NZD ($423 USD). Discounted pre-orders have been accepted through the company’s website, and will continue to be accepted via an upcoming Kickstarter campaign. After delivery to backers, sales will continue through the website with international shipping available, pending formal agreements with global distributors. 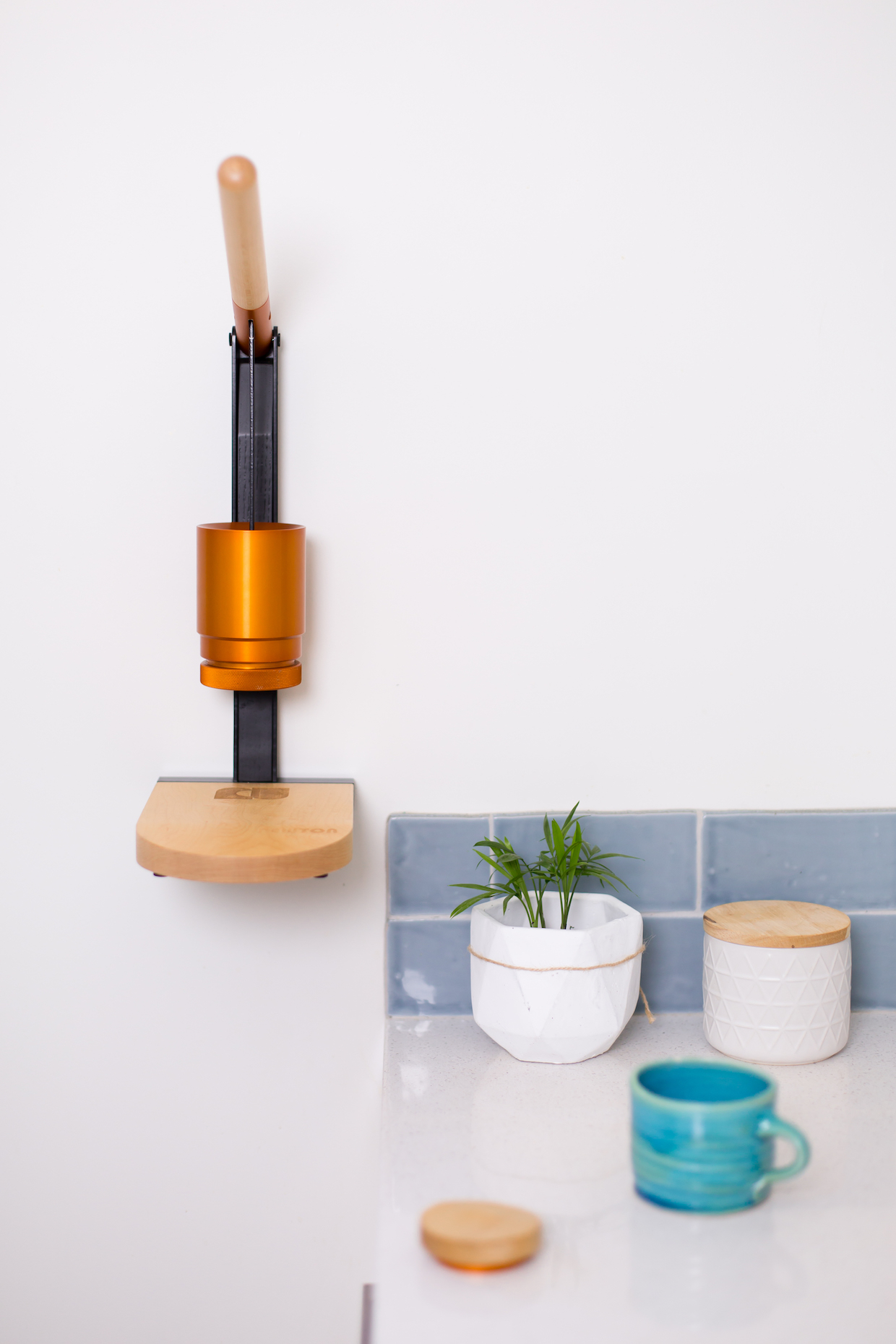