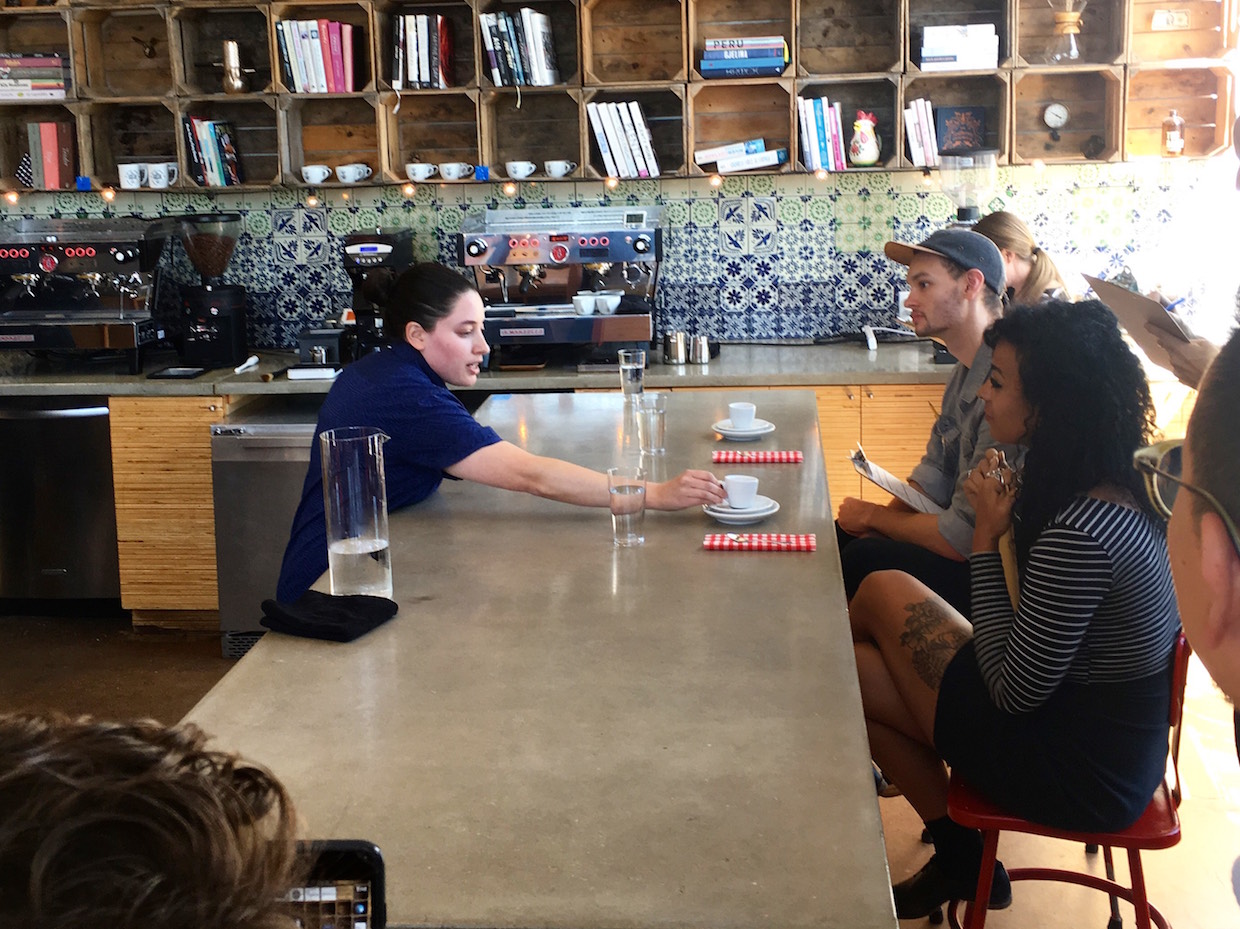 Every truly gripping success story has an underdog at its heart. That’s what makes Rudy the perfect football movie, and what turned a horse named Seabiscuit into a legend. Coffee competitions, too, have their underdog success stories, and this year there’s one in particular who is coming ‘round that final stretch at full speed: Jenna Gotthelf.

Though she’s a veteran competitor at this point — with two seasons each of regional Barista and Brewers Cup championships, as well as one national Barista and two national Brewers contests under her belt — Jenna is still something of an obscure entry into the ring, mostly because she isn’t a quote-unquote coffee celebrity.

She doesn’t own a coffee shop or a roasting company, and she isn’t the type to flash her style or share brash opinions — the stuff that typically gets folks noticed in the industry. Instead, she’s a deeply dedicated and hardworking full-time barista at Everyman Espresso in New York City, pulling shots and cracking wise behind the counter since she moved to the Empire State in 2015. In her previous coffee life, she was a barista and store manager at Northampton Coffee in Northampton, Massachusetts, which she still describes as, “my favorite coffee shop. It’s so cute, it’s got a great energy there.” 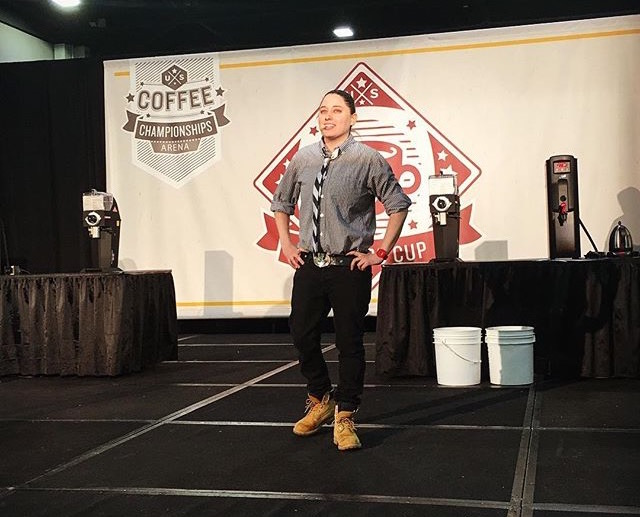 What truly groomed Jenna for the coffee championship stage, however, was not simply her espresso and cappuccino skills, but a peculiar marriage of competition and stage presence culled from years as a medal-seeking athlete, and as a spoken-word and slam-poetry performer.

“I’m pretty kind of like viciously competitive,” she said through the telephone following her recent first-place finish at the Washington D.C. US Barista Championship qualifying event, with a slight smirk perceptible through the line. “But I don’t like people to know that side of me. I try to hold that part of me in, which I think I do a pretty good job of doing.”

At least, she holds it in until that 15-minute time clock starts ticking. If you haven’t been paying attention to her, we think you’ll be rooting for this dark horse after you get to know her.

Meister: My first question is just a knee-jerk, answer-with-whatever-comes-to-mind-type: Who is Jenna Gotthelf?

Jenna Gotthelf: I’m a person from New Jersey, and I make coffee professionally. I’m a human with a heartbeat. I am an excited, passionate human who enjoys working with their hands.

Meister: Have you always been a competitive person?

JG: I grew up playing sports — soccer and basketball — and I ran track until high school. I skied competitively through high school. If you had asked me in the fifth grade what I wanted to be, I would have told you that I wanted to be WNBA player. My life was like, what can I do to be playing sorts as often as I can be playing sports? But I played on a soccer team in elementary school and middle school that lost every game, so I also learned to be humble. If you can’t lose like a champion than you don’t deserve to be one, that’s my mantra.

JG: I did a lot of spoken word and slam poetry, and I kind of entered that scene in college and after college as a little bit of an outsider. There was definitely a group of kids who were adamant about, “We are poets, and we are friends, and we do all this stuff together,” and I was like, “I’m just going to show up and get up there and do what I’m going to do.” It was cool to build a little space for myself in that community by coming in like that. That helped me find a speaking voice onstage. My whole life has been leading up to this coffee contest. The hybridization of those skill sets is kind of fun. 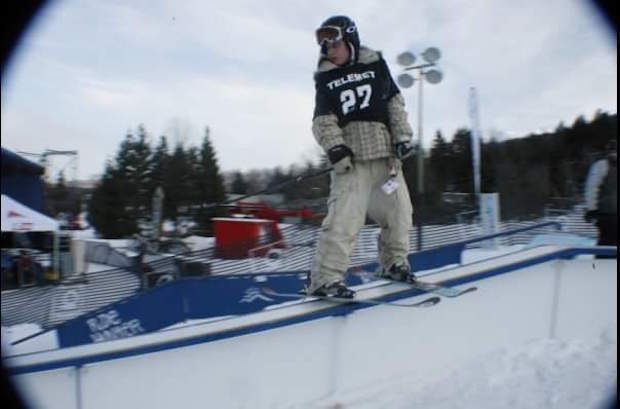 Meister: What was your first competition like, and how does it compare with your most recent experience?

JG: Oh my gosh, it’s like night and day. My first barista competition, I didn’t know you could dial in espresso with a scale. I didn’t do that until I got to Everyman Espresso. So I did three competitions without using a scale to dial in. That one tool made a huge huge difference. The first competition I had also never really used that equipment before. I just drove down to Durham (for the Big Eastern) from Northampton in a car that a customer lent me. I brought so many wares that I could have done four routines without washing dishes. I also didn’t know you had to polish your wares, so there I am sitting on the floor polishing my wares. I thought everyone would be out for blood, but for the most part they were very welcoming.

When I got onstage to dial in, I put maybe 10 grams of coffee in the baskets. I did not know how to work those grinders, and I was like, “Well you’re onstage. You’ve just got to go.” I pulled shots that I never ever would have served anyone, they were garbage. I watched that espresso run a marathon out of that machine! I poured some busted cappuccinos, and then made a signature drink that probably made people sick. That was my first competition. Now the qualifying event, I trained with Sam Lewontin (also of Everyman Espresso), who gave me so many pointers and helpful bits of information that I would never have known. How can anyone know these different parts of the competition without someone telling them? That’s the biggest difference.

JG: There was this amateur-level competition in Hunter Mountain in the Catskills back in 2008. That season I had gotten really comfortable grinding rails, which is a thing that you do in park skiing. There was a rail jam, which is a contest where you’re sesssioning rails as many times as you can. I’ve never hit features that were so big under such bright lights with so many people. The thing about rail skiing is that if you make one wrong move you’re not going to be successful, or you’re going to hurt yourself. Something in my brain clicked and I was like, “You’ve just got to do this right. You’ve got to go fast and commit to what you’re doing with your body, and you’re going to be fine.” I ended up coming in second place. With coffee contests, that first contest was the big one; the way that I was received by other people kind of shocked me. I had people come up to me and say, “We’re going to see you in nationals! You did really well.” I was like, “No, that coffee was pretty atrocious, but you will see me on that stage at that level one day.”

Meister: What is the best advice you’ve gotten as a competitor?

JG: Definitely the best advice is probably last year when I did not do as well as I’d wanted to do at nationals, and some folks also felt upset that I was not as successful. They said, “Don’t stop doing this: Your presence is important, and you’ve already influenced how these competitions go and how people deliver their information. You can’t stop now. Don’t stop.” Advice when you are down in your lowest points are always incredibly meaningful.

Great interview with a great person! I’m on team Jenna for sure.