FLTRgo Travel Brewer Made for Coffee Lovers Who Pack Light 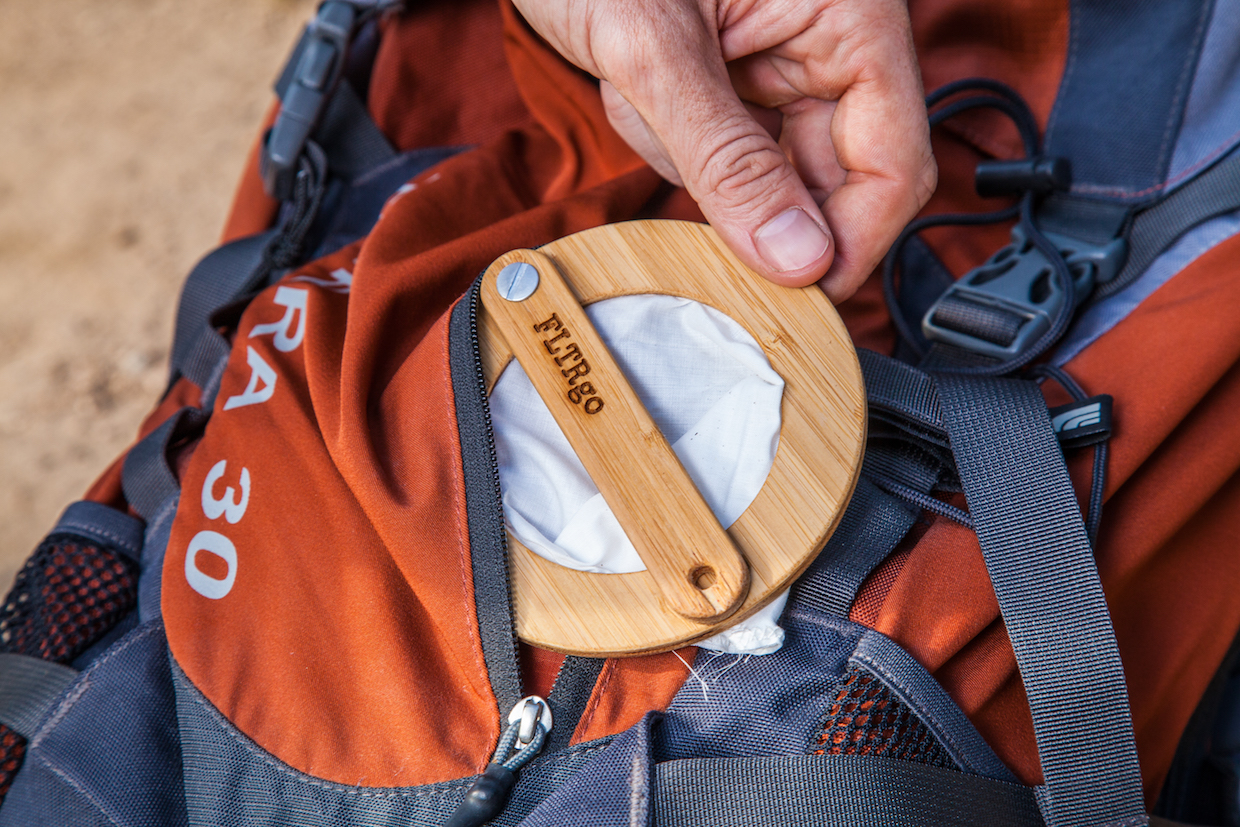 All photos courtesy of FLTRgo.

There’s no such thing as too lightweight or too compact in coffee gear for hikers and campers, as long as an item reliably performs its coffee-making duties. Similarly, for the eco-minded set, or for the environment itself for that matter, there’s certainly no such thing as “too sustainable.” Currently sprouting into production from the seeds of a successful crowdfunding campaign, the FLTRgo travel pourover device, made almost entirely of bamboo and cotton, endeavors to address both concerns.

The FLTRgo is a simple, flat ring with a flat handle made of natural bamboo. From between the layered bamboo of the ring hangs a wedge-shaped filter of organic cotton, sourced with care through partners certified by the Global Organic Textile Standard, which incorporates fair-trade-related ethics into its criteria. A single screw holds the handle onto the ring and allows the handle to swivel over the ring for tidy stowage. 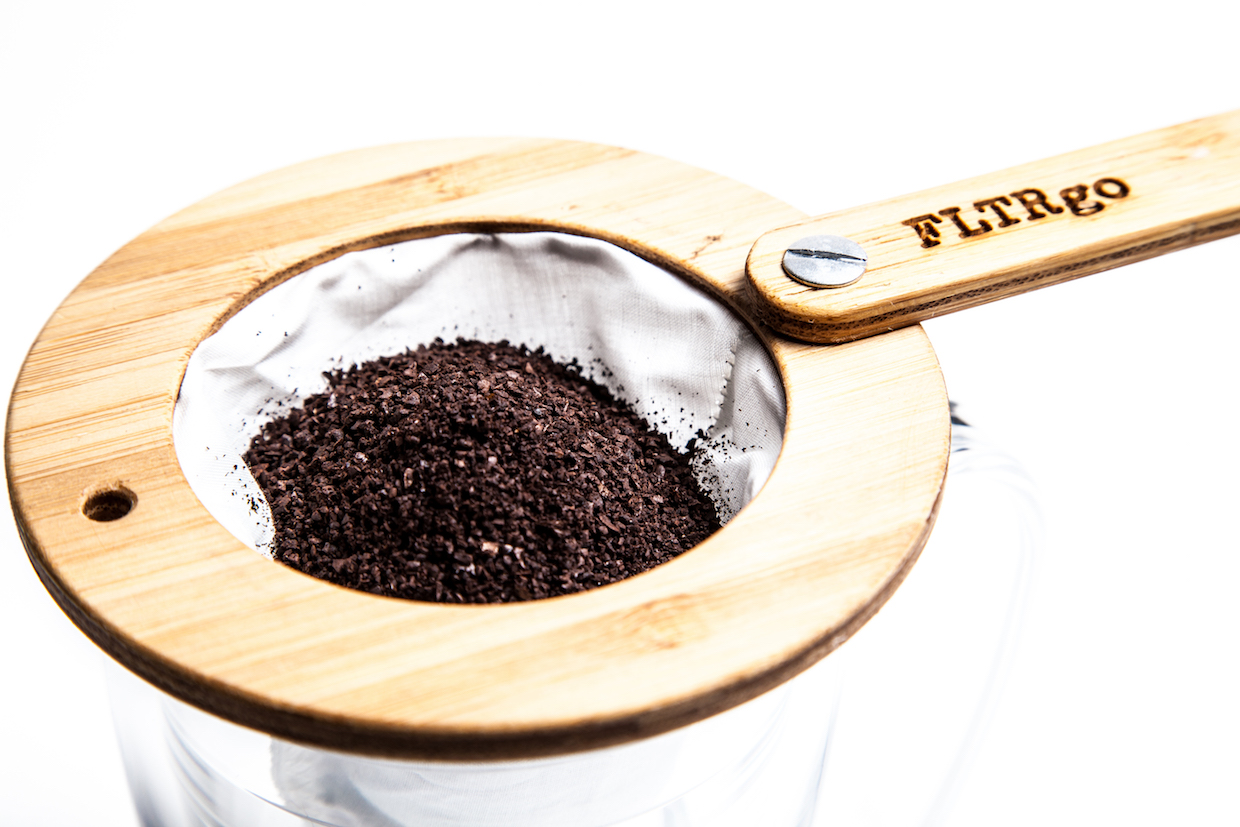 Designer Justin Baird, also a globetrotting photographer and filmmaker who along with his wife runs the travel blog The Uncontained Life, developed the idea for the FLTRgo to address his own dissatisfaction with the portable coffee solutions he’d experimented with on his travels. For him, most travel-oriented coffeemakers were too fragile, too bulky, or consumed too many disposable filters, while reusable filters such as existing cloth options were difficult to clean and could sometimes affect the taste of the coffee.

“I worked with a fabric consultant who walked me through bamboo, hemp, and even milk fabric. I purposely stayed away from nylon because it is not a biodegradable resource,” Baird told Daily Coffee News. “I had various fabrics tested and analyzed and then decided on what specific warp and weft of the fabric I thought would work best with the FLTRgo.” Baird said he also spent time considering the wedge-shaped, flat-bottom geometry of the filter for best results in brewing a variety of volumes. “I looked at multiple possibilities for the shape of the filter, including the cone-shape,” Baird said. “In the end, I went with the wedge shape because it seemed to handle larger quantities of coffee better, it was a little bit easier to clean, and I preferred its aesthetic.”

As for the bamboo, Baird said the FLTRgo is made from the same food-grade bamboo used for cutting boards and kitchen utensils, and that most bamboo is essentially organic because it doesn’t require fertilizers or irrigation in its cultivation. Said Baird, “The general understanding of bamboo is that it is naturally organic but not certified.”

Cleaning the FLTRgo is a matter of a quick rinse, and then boiling the fabric every 30 to 40 uses. The current iteration of the device is intended to be used hundreds of times and then discarded entirely, to be replaced with a new unit. Future iterations of the brewer will provide a means of removing and replacing the filter, at which time replacement filters — reusable hundreds of times — will be made available. 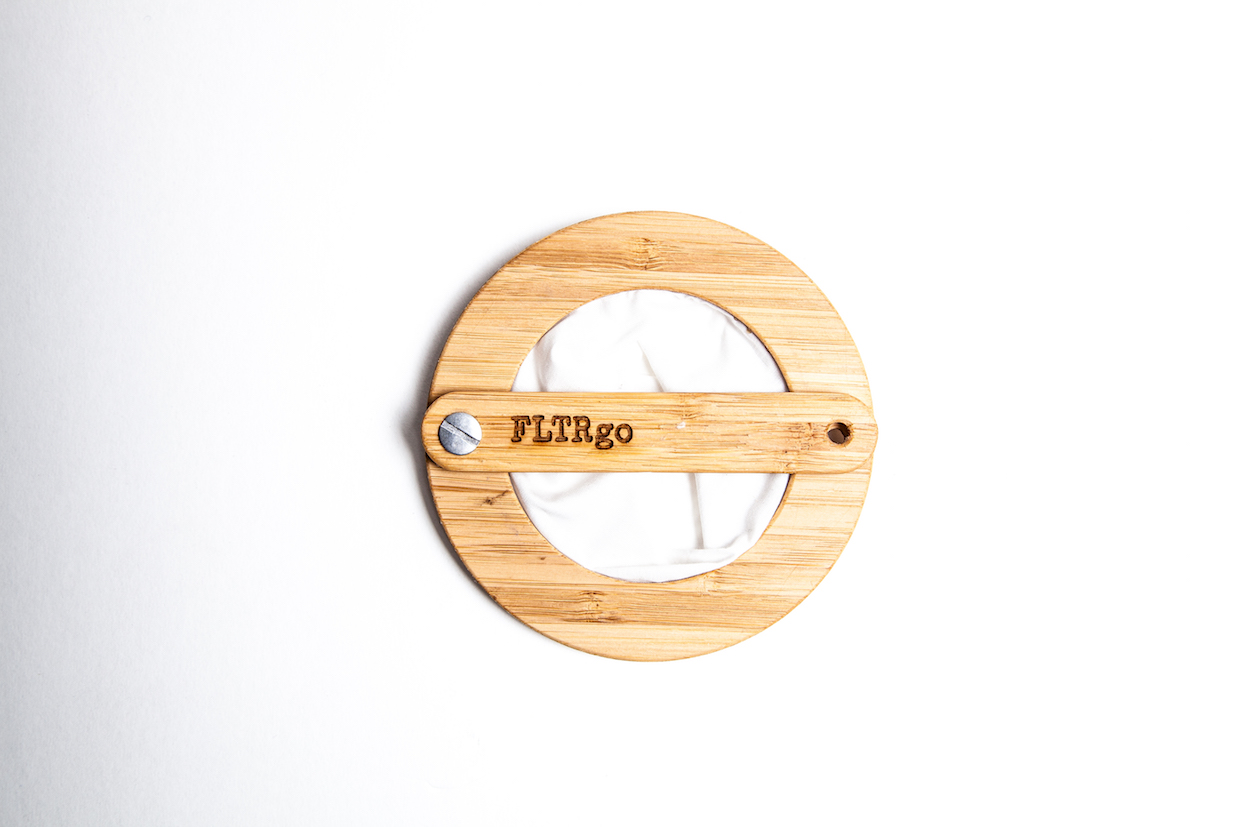 “In addition to replaceable filters for the next iteration of the FLTRgo, I have a more elaborate home-based design,” said Baird, although he declined to go into further detail at this early stage of the next concept’s development. The Kickstarter campaign for the FLTRgo reached its funding goal late last month, and at press time the campaign is still ongoing. The anticipated retail price after the campaign is $28 for one FLTRgo, which is slated to begin shipping to backers in January 2018.