Variety or Varietal: There’s a Difference and It’s Important 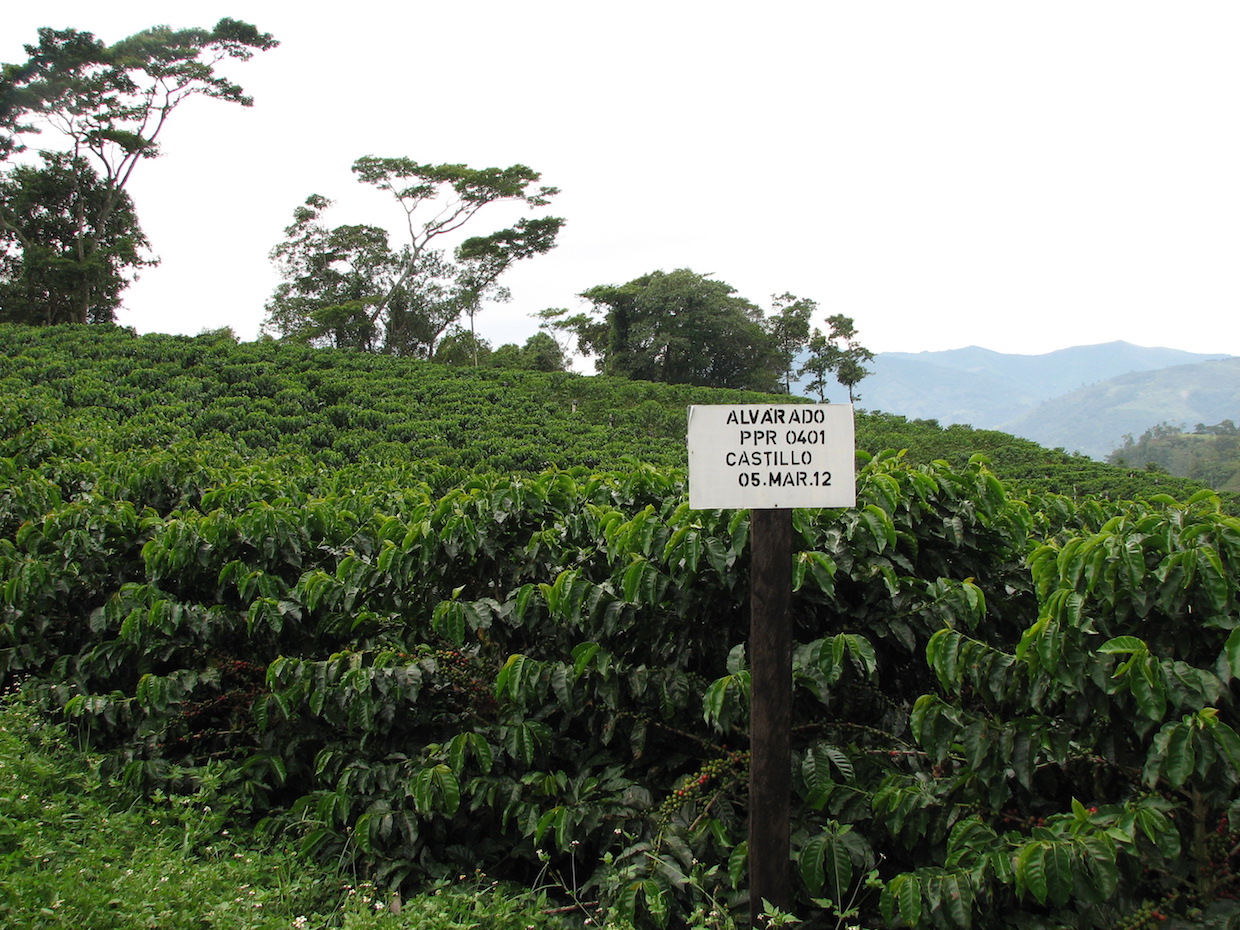 Castillo plants. Depending on who you talk to, Castillo is probably a variety or, more accurately a cultivar, but it itself is not a varietal. Photo by Meister.

There aren’t many scandals in specialty coffee, but the ones that do exist typically revolve around labeling. The big-time controversies include misleading or downright fraudulent labeling, such as marketing a Costa Rican coffee as a Hawaiian, or putting the word organic on a non-certified product, or swapping out samples after a contract’s been written.

Those are serious offenses that come with legal ramifications, but there are smaller switcharoos that can cause a bit of dust-up, at least in nerdier circles.

For instance, there’s the misuse of the word varietal.

We see it on bags and on coffee profiles, read it in articles and hear it in barista competitions: Bourbon varietal, Typica varietal, and so on. While the term varietal correctly refers to the brewed liquid, it is not, as a matter of fact, the correct term for the subspecies of plant. That would be the coffee’s variety.

In wine, from whose lexicon specialty coffee has inherited both good and bad habits, there are several ways that the two words are used. Variety can refer to either the grape itself (Malbec, Chardonnay, Pinot Gris), or to the style or kind of wine, as in red, white, or sparkling, etc. Varietal is used to describe a wine made from a single variety of grape. So, a glass of Chardonnay would be a varietal wine, made from Chardonnay variety grapes. In specialty coffee, we often see these terms being confused. Varietal is often used synonymously with variety, even when the plant itself is a cultivar or a hybrid, causing even more confusion. 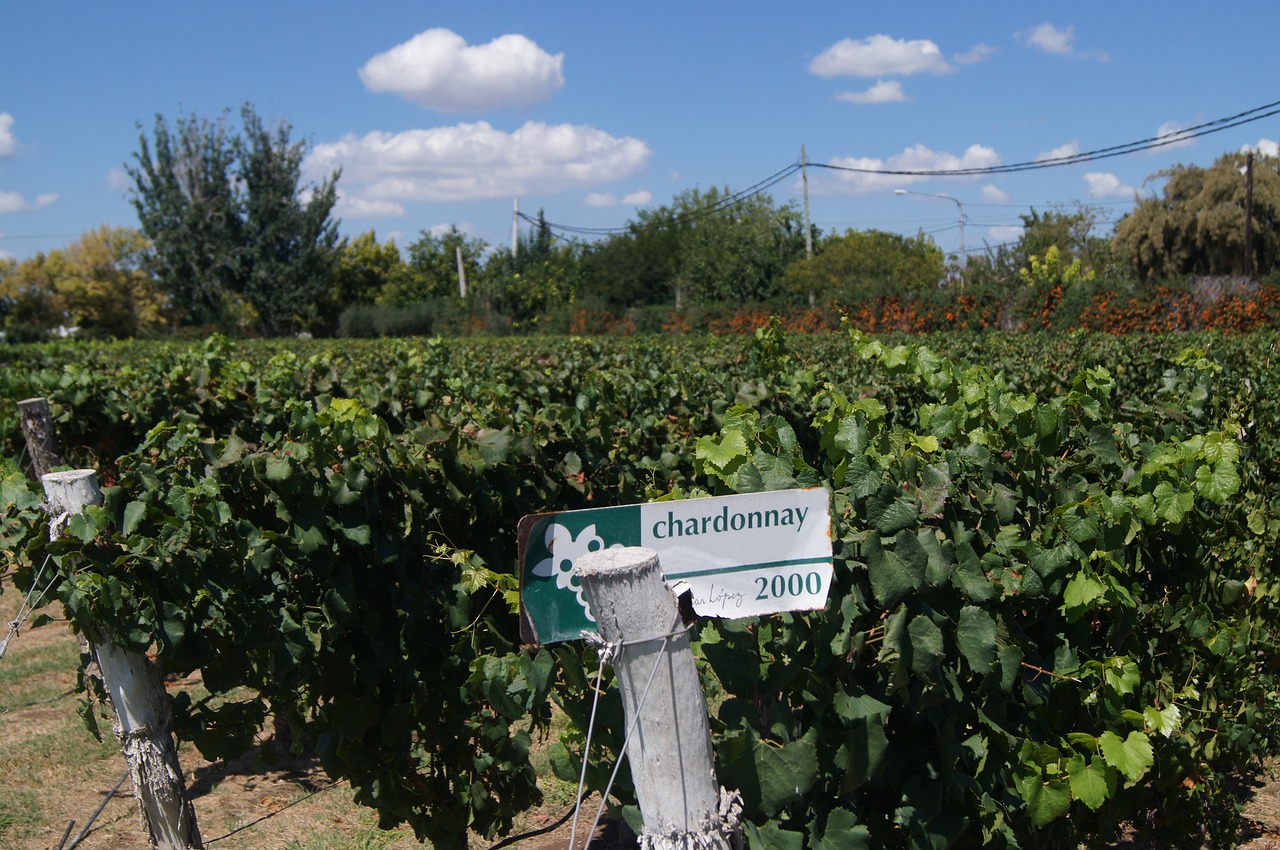 Peter Giuliano — senior director of the Specialty Coffee Association, word nerd, and lover of taxonomy — recently explained his take on the terms, and whether or not they should be used as interchangeably in coffee as they often are. Said Giuliano, “I’m convinced that wine people wound up with varietal because they were talking about wine being sold by the type of grape it is, as opposed to selling it by region.”

Francine Cohen, wine expert and editor-and-chief of the food-and-beverage publication Inside F&B, said that, in wine, the terms “are used interchangeably, but I don’t think that’s right, and it ends up being very confusing.”

Specialty coffee’s growing pains in the same area — the desire to differentiate between, say, a Bourbon from East Africa and one from El Salvador — resulted in both widespread enthusiasm for botanical specification, but also, unfortunately, a lot of misnomers.

If this is the point where you find yourself asking, “What’s the big deal?” then consider the science-obsessed plant-heads who are doing the research and development in coffee on which we rely for future sustainability. 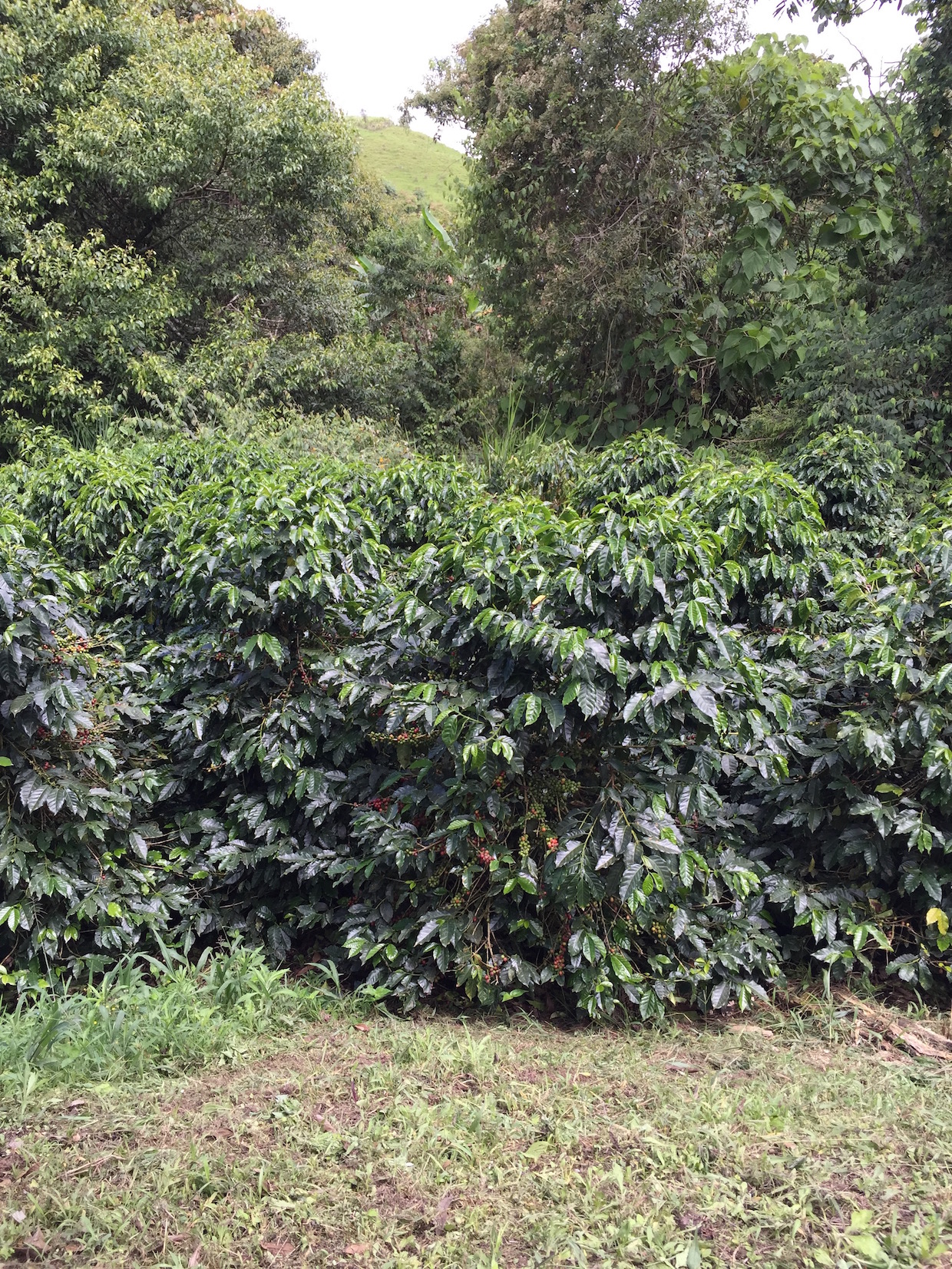 “Even the choice of the term variety is loaded, and it underscores a rivalry between plant breeders and botanists,” Giuliano said. “The botanists reserve the term varieties for things that exist in the wild. Plants that are the result of human activity they describe with another word: cultivar. Then there are plant breeders. They use the term variety to describe something bred distinctly for certain characteristics, and they use landrace for wild plants.”

To a botanist, that means that the vast majority of the coffees we know and love are actually cultivars, depending on how we define “wild.” (There is the argument that no Arabica coffee found outside of Ethiopia is technically “wild,” which creates another rub.) The word cultivar, however, lacks some of the exoticism and romance of variety or even varietal, as it sounds too… practical. And you can also just forget about using hybrid on a bag or in our marketing, since it has the reputation of being a somewhat dirty word — another perception with which Giuliano gently disagrees.

“My education over the past decade has changed my thinking about a lot of things, like the reverence for heirlooms over the new modern hybrids — and it’s not just in coffee, it’s also in tomatoes and beans,” Giuliano said. “It’s beautiful, the heirloom story, but at the same time, the accomplishments of plant breeders in productivity and disease resistance — that’s beautiful, too. The plant breeders are solving real problems that exist with these heirloom varieties that don’t really serve the farmers’ interest well, or the consumers’ interest well.”

When we communicate these stories, perhaps we can take another cue from the wine world and get super-serious with our language. “Make a big deal!” Cohen said. “There’s nothing wrong with the accuracy of language. If we all go off making our own assumptions about what language means and don’t have common words, then we can’t communicate.”

Does all this — we won’t call it nitpicking, but perhaps specificity? — simply cause consumers to roll their eyes at the coffee and wine snobs of the world? 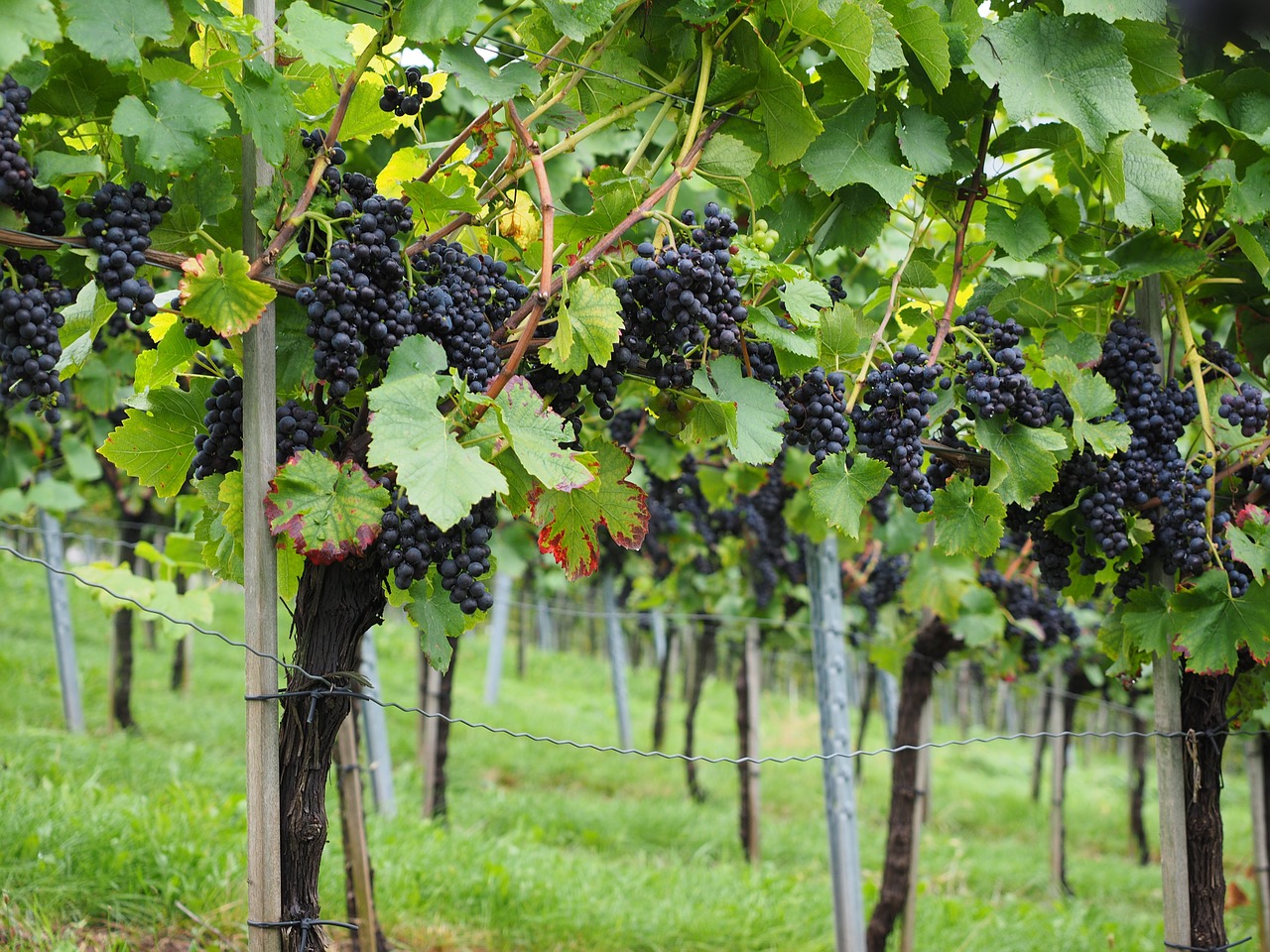 “You know, some people love it, others hate it,” Cohen said about the banter regarding variety/varietal. “That eye rolling is just because the eye roller doesn’t quite share the passion. I think about all the cocktail nerds who flock to bars and talk amongst themselves about acceptable Manhattan recipes and making their own bitters and whatnot, and I just think there’s space for everyone — professionals and consumers — to enjoy as they see fit. Would be nice if the eye rolling stopped, though.”

“I try not to be pretty about it anymore because there are exceptions to all the rules we try to make,” Giuliano said. “I’ve been much more embracing of the gray areas, because coffee is agriculture, and agriculture doesn’t fit into these neat little thing she try to fit it into. The world resists our attempts to simplify it.”

To learn more about coffee varieties, cultivars, and hybrids, visit World Coffee Research’s Varieties catalog, the webpage on the Specialty Coffee Association of America’s heritage site about coffee plants of the world, or the botanical breakdown of Coffea arabica presented by the Royal Botanical Garden at Kew.

Variety is a noun. A thing.. like borbón, catuai, etc.

Varietal is an adjective, a descriptor.
Like red, or large.

If a bean is from a certain botanicla lineage with a name, then that name is the variety, as borbón, catuai. It is the identy of the specific strain.

If a cup of coffee is made from that bean, then the descriptor is appropriate.. it is a varietal brew.

Interesting bit of wordsmithing. I’d never thought of it that way before, just followed along with whatever I heard.

Ahah!! Be warned!!! One more word nazi released upon the unsuspecting world!!! And armed with cold hard FACTS!!! Look OUTTTTT!!!!