Cryptocurrency and Blockchain In Coffee, Part 2: At Origin 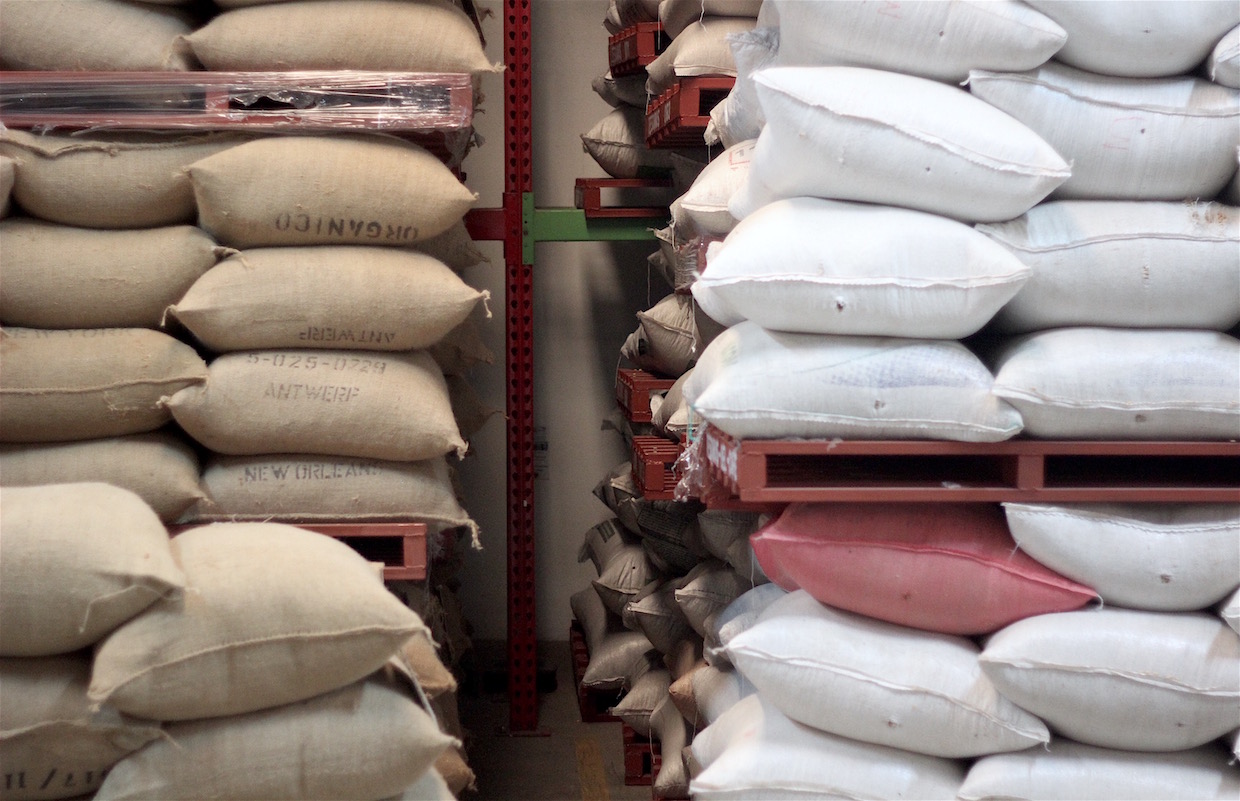 In the specialty coffee industry, maintaining traceability and integrity throughout the supply chain can be an uphill battle. This is true not necessarily because of flaws in character, but because of the inherent difficulties in transporting agricultural goods through so many hands across continents.

Schedules, contracts and casual agreements are not always documented for maximum efficiency and accessibility, especially when multiple parties are channeling multiple currencies through independent institutions.

Blockchain technology — the foundational system of decentralized data tracking and preservation that supports the cryptocurrency phenomenon — has the potential to streamline communications and exchanges for a variety of industries, such as healthcare, manufacturing, and more.

While some specialty coffee retailers are taking advantage of the virtual currencies for which blockchain was originally pioneered (see Part One of our series on cryptocurrency and blockchain in the coffee industry), others are pursuing blockchain itself as a means of securing crucial data and saving money and time to the benefit of everyone in the global coffee supply chain.

Blockchain Adoption Spreading in the Field

Colorado-based tech company Bext360 currently has pilot installations of “Bextmachines” near coffee farms to facilitate what the company describes as Blockchain-traceable coffees. Various sensors and artificial intelligence (AI) built into its machines analyze coffees passed through it either as cherry parchment or green, measuring volume as well as quality, and then makes the info available to buyers that can make offers the farmer either accepts or declines. Blockchain would also then secure the subsequent digital payments. 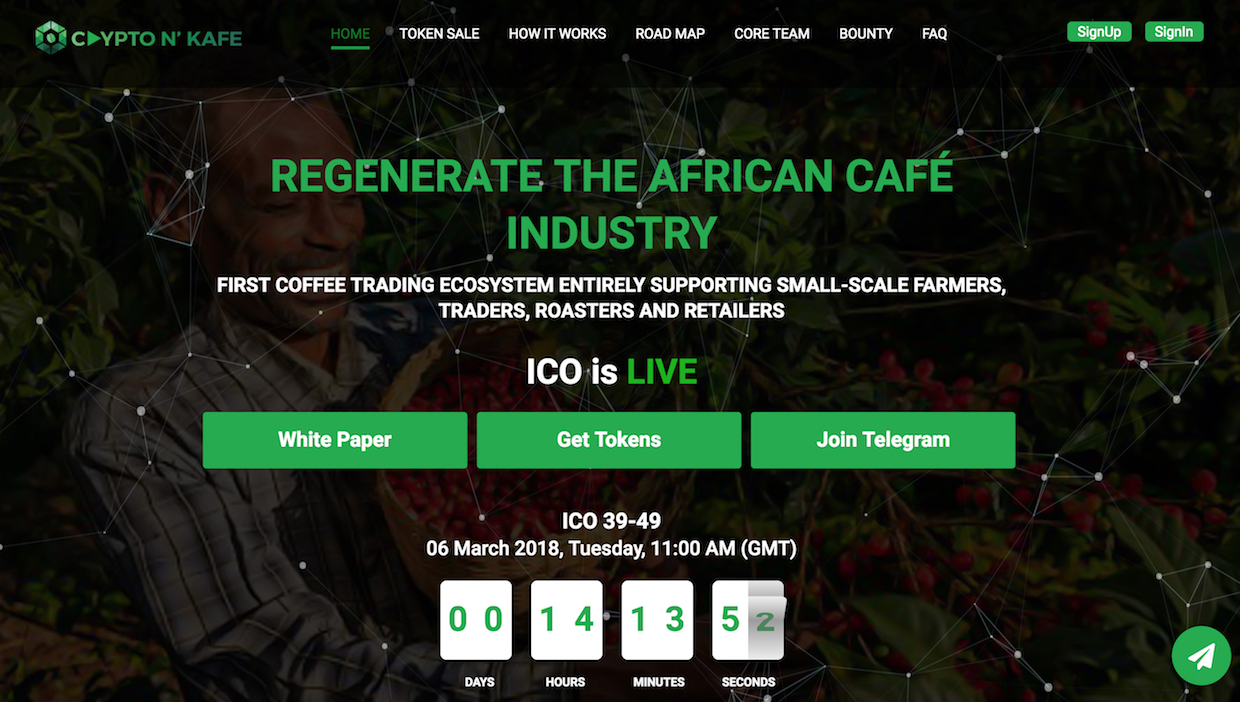 In Africa, developers and engineers are working on a  platform called Crypto N’ Kafe, which they hope will provide a “full-scale ecosystem” of blockchain-based trade specifically with the goals of boosting income for small-scale farmers, enabling transparency, and eliminating inefficiencies in the supply chain. Crypto N’ Kafe uses the popular Ethereum distributed public blockchain network as its foundation.

Two weeks ago, Switzerland-based Ambrosus Technologies, provider of Ethereum-based Blockchain/IoT quality assurance solutions for the food and pharmaceutical industries, announced a partnership with the Swiss Coffee Alliance (SCA). The large European specialty coffee trade group will now begin to incorporate Ambrosus Blockchain into its consulting infrastructure in hopes of “unearthing new operating efficiencies,” according to a joint press release. The goals are to reinforce trust and transparency between farmers and others in the supply chain while ultimately increasing profits for workers at origin.

Another currently active and rapidly progressing example of a blockchain-dependent launch at origin is CoffeeCoin.io, driven by Indonesia-based roaster James Allen and a development advisory board that includes Q-graders, roasters, trainers and business owners from the U.K., Switzerland, Singapore, Thailand, Indonesia, and the Philippines. CoffeeCoin is a utility token that was fully distributed and has been trading on the Waves decentralized exchange platform since late November, and was developed for use on the CoffeeChain — a blockchain-powered international trading platform specifically for the specialty coffee industry.

A Closer Look at CoffeeCoin

CoffeeCoin is actually both a utility token and a form of currency that is used as the basis for transactions on the peer-to-peer decentralized ledger of the Waves network. Unlike a Bitcoin-style cryptocurrency, which is backed by nothing but an idea of value, CoffeeCoin is backed by the demand for specialty coffee. Its value, according to the company, rests in both its ability to provide instant global payments for specialty coffee, and to transmit and permanently store important traceability-related data on the blockchain. 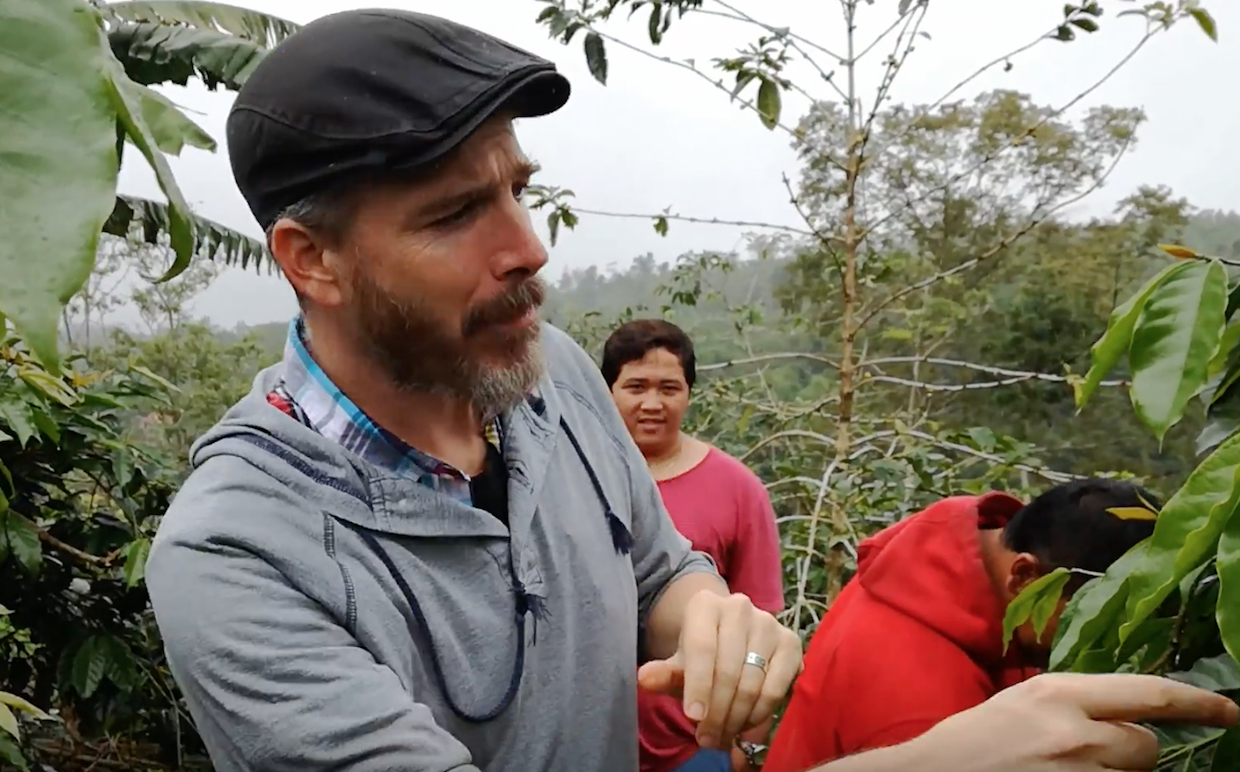 James Allen at a coffee farm in Bali, Indonesia.

“[CoffeeCoin] can be used — and already is being used — to both buy and sell coffee at any stage in the supply chain and carry and preserve the data related to any of those transactions,” Allen told Daily Coffee News. “Because this data is on the blockchain, it is immutable. Unlike data stored traditionally on a server, it cannot be altered or erased. This presents the opportunity to easily offer traceability and transparency at all stages of the coffee supply chain, while at the same time streamlining payments and removing multiple inefficiencies throughout the chain.”

CoffeeCoin, which trades as COF on the Waves exchange, is a fixed supply token that was issued in a total run of 40 million, a quantity chosen for the notion that each coin could, in name only, represent one kilogram of specialty grade green arabica, given that 40 million kilograms is the current approximation of the global monthly export of specialty-grade green coffee, according to CoffeeCoin’s published white paper.

Cryptocurrency speculators are already trading CoffeeCoin daily, boosting its liquidity, although its primary purpose is its use in actual coffee industry transactions. As a currency, COF could be used to buy or sell anything, limited only by a seller’s willingness to accept it, although it can also be instantly exchanged for a more liquid cryptocurrency such as Bitcoin, or for local currency.

“This removes all the hassles, time and fees involved with accepting multiple currencies from buyers around the world using the traditional banking system,” said Allen. “The transaction fee for payment in COF of any size is less than [USD 1 cent] and takes just a few seconds, as opposed to several days or more, plus high bank fees and exchange rate fees for bank transfers.”

Coffee farmers need not buy or exchange any of their own money to join the system, although to receive payments in COF they do need internet access in order to set up an account that serves as a CoffeeCoin “wallet.”

According to the company, coffee producers and sellers will not only be able to use CoffeeCoin and the CoffeeChain platform to speed up payments and coming in from buyers around the globe while saving on bank fees, they’ll also be able to transmit and preserve data about their shipments, as well as advertise to prospective buyers through their listings on the exchange.

“We are aiming for a protocol larger players can freely adopt and use to buy and sell lots of green coffee from source to roaster,” said Allen, “as well as tools for B2C users to sell that coffee with once it’s roasted.” 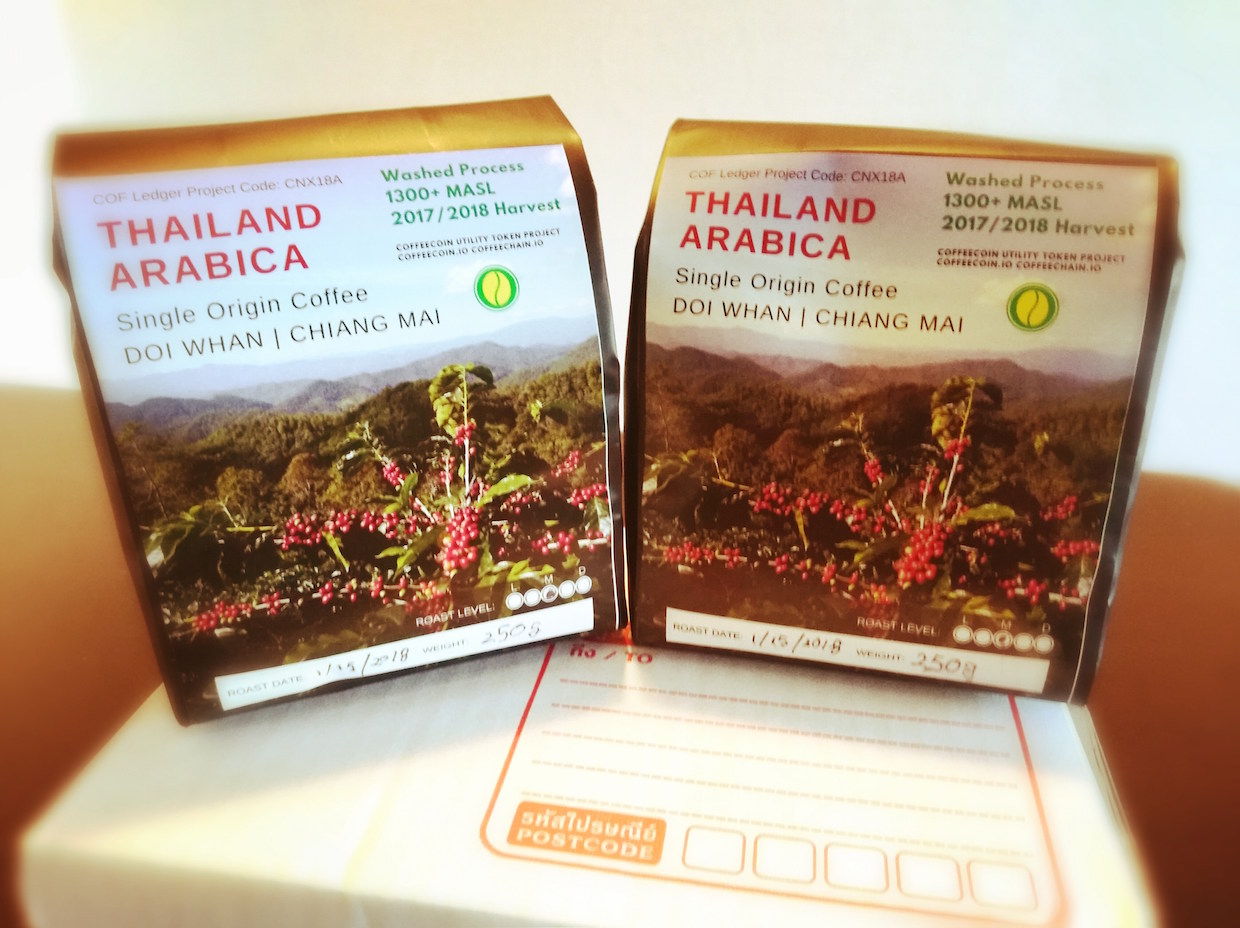 Two bags of coffee sold through the “Coffee for CoffeeCoin” project. The next sale is taking place March 21.

Proof of concept was recently achieved when CoffeeCoin’s first test project succeeded earlier this month. Through Project CNX18A, a.k.a. the Coffee-For-CoffeeCoin Project, Allen’s roasted coffee business sold two 250-gram bags of a fresh-roasted, fresh-crop microlot coffee from Chiang Mai province in Northern Thailand. The retail price of $27.00 USD was payable only as 2,395 COF.

By the middle of last month, Allen had shipped 44 sets of source-roasted Thai coffee in 37 orders to participants in 16 different countries around the world, ordered and paid for with CoffeeCoin utility token, which was also the medium by which shipment and tracking data for all sales were transmitted and are preserved on the blockchain.

While it may seem like the wild west at this point, particularly where cryptocurrency is concerned, it helps to remember that it was only 25 years ago that the internet itself was derided at first as a quirky and questionable pursuit. The decentralized ledger concept of blockchain technology could well be the next great paradigm shift of the digital age, bringing unbanked, disenfranchised businesspeople into a position of much greater capability and security.

Thank you so much for covering our CoffeeCoin utility token project! Anyone who would like to see the coffee order and shipping data we transmit and preserve on the blockchain using CoffeeCoin can also visit: https://CoffeeChain.io .

I am intrigued by the idea of international coffee auctions on the blockchain.
When will we be able to see it in action?

I see that the total marketcap of all the coffeecoin is under 1million dollars.
Seems like it might be a lucrative venture for those looking for a bargain price on coffee beans when coffeecoin.io is fully operational.

For anyone following the CoffeeCoin project, we have just published a coffee industry user guide for our token and blockchain tools. You can download it directly from our project website at https://coffeecoin.io