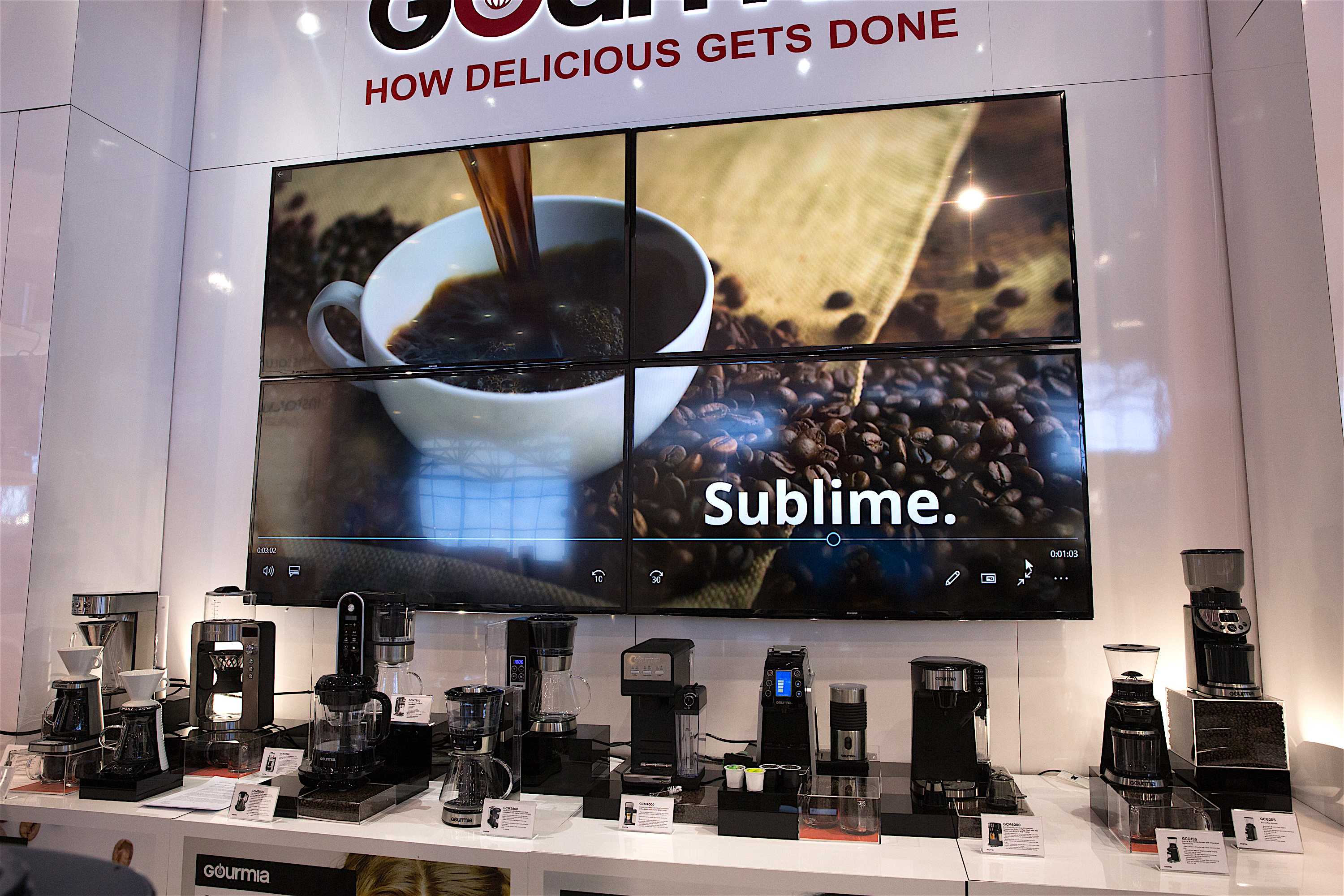 Gourmia at the recent International Home and Housewares Show in Chicago. All images courtesy of Gourmia.

Brooklyn, New York-based appliance manufacturer Gourmia has made significant strides into the specialty coffee home brewing segment with a stream of new consumer products, including several displayed for the first time publicly at the recent International Home and Housewares show in Chicago.

Most notable among those revealed at the show were an automated pourover coffeemaker and a two-minute cold brew coffeemaker that utilizes vacuum pressure to truncate the duration of brewing. 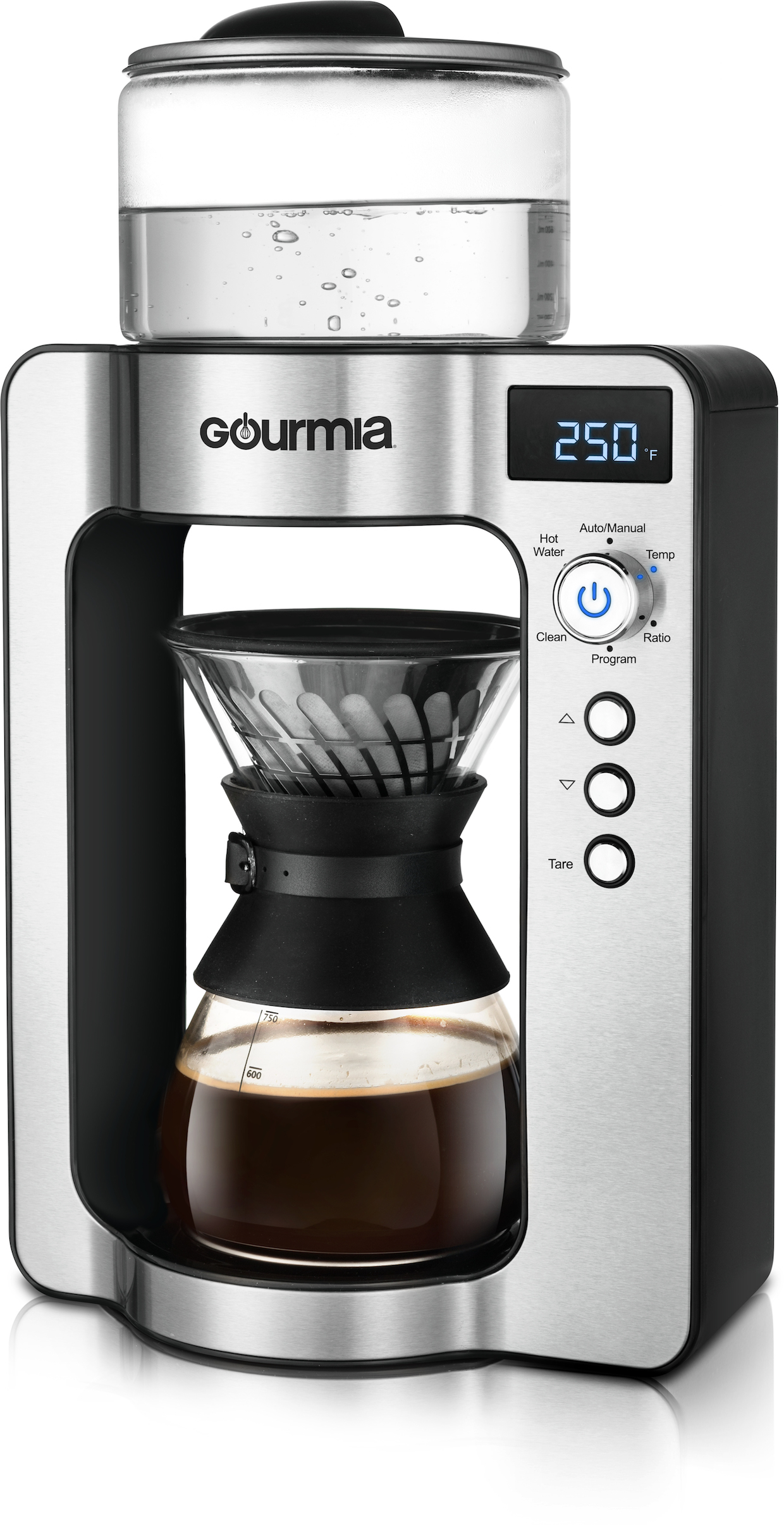 In its standard automatic mode, the GCMW3375 Pour-Over Coffee Maker maintains water at 200°F and brews at 1:16 coffee-to-water ratio, utilizing info from a built-in scale to determine proportional bloom water volume and pause duration. The scale is built into the base below the carafe that holds the grinds in a cone-shaped filter assembly on top. In manual mode, users can alter the water temperature in two-degree increments from 180-212°F and can adjust the brewing ratio from 1:10 to 1:20.

A Wifi-enabled version of the new pourover machine will interact with Alexa and Google Assistant along with a smartphone app that will connect with a database created by the company for storing brew recipes created both by users and by coffee roasters and shops. Gourmia has partnered with 2017 NYC Coffee Masters Champion Erika Lee Vonie for public demos and for forging additional relationships in the coffee world to help flesh out the recipe cloud component.

“She’s our coffee expert, as far as all that. She has connections to a lot of roasters,” Gourmia Lead Engineer Ben Itzkowitz told Daily Coffee News. “As our app develops more, that’s the next phase. We’re actually looking for partners right now.”

Itzkowitz added that the new pourover machine will not replace the company’s previous pourover machine, the GCM4900, which was directed at a different audience, one more attuned to single-button convenience.

“You turn it on, you push the button, it does the job. This one is more for the aficionado,” Itzkotitz said of Gourmia’s two pourover machines. 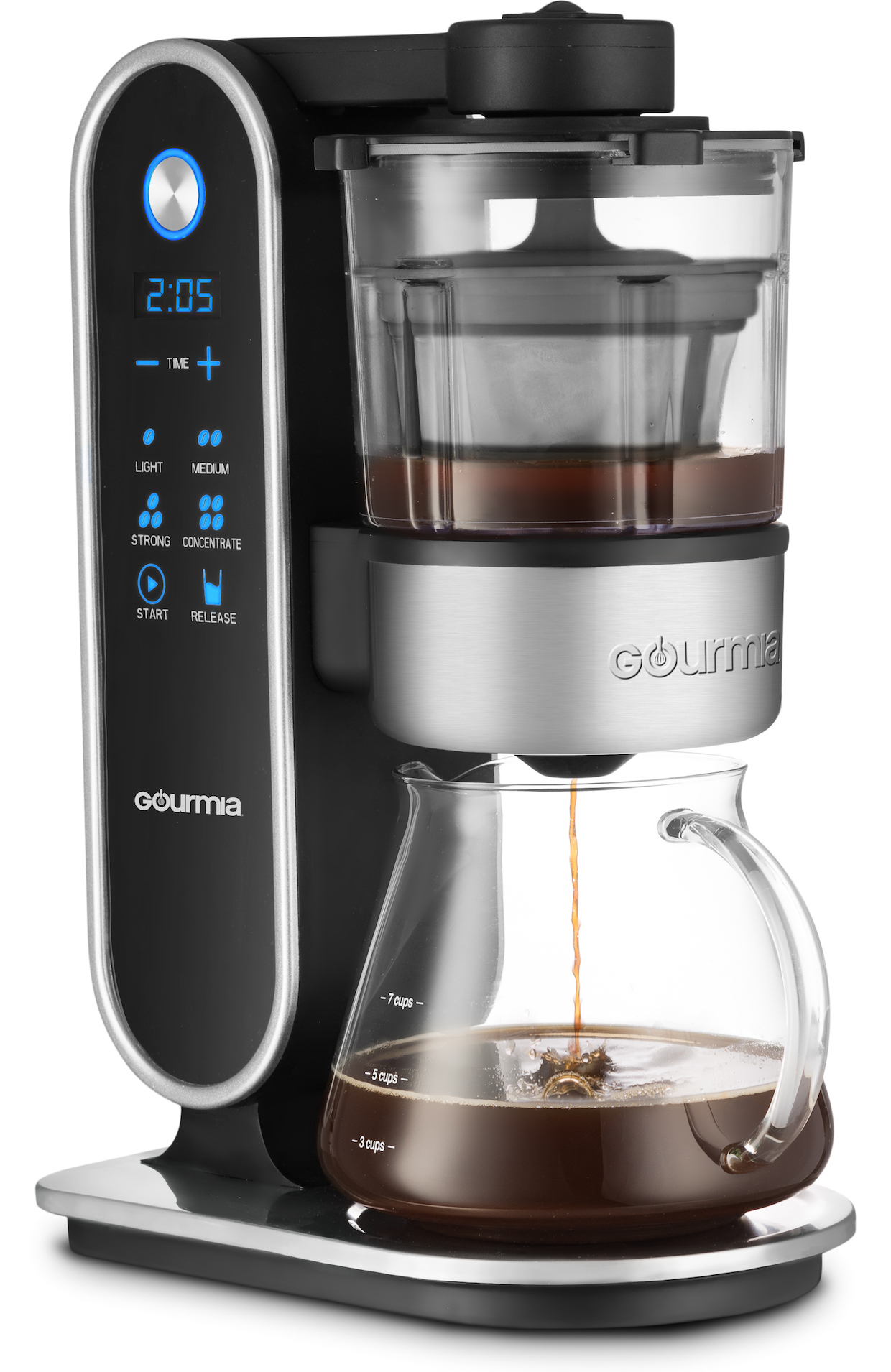 The engineer said the company intends to have its online database fleshed out and up to speed by the end of this year. Meanwhile a total of four new Gourmia cold brew coffeemakers are also on the way to market. Three of those will reflect various trims of a four-minute brewing machine, and the fourth will complete the brew cycle in two minutes using vacuum pressure.

“Coffee is our CEO’s soft spot,” Itzkowitz said of the brand that has over 150 home appliances in its catalog, but differentiates from other appliance-makers through its passion for coffee. “That’s where we’re doing most of our innovation.”