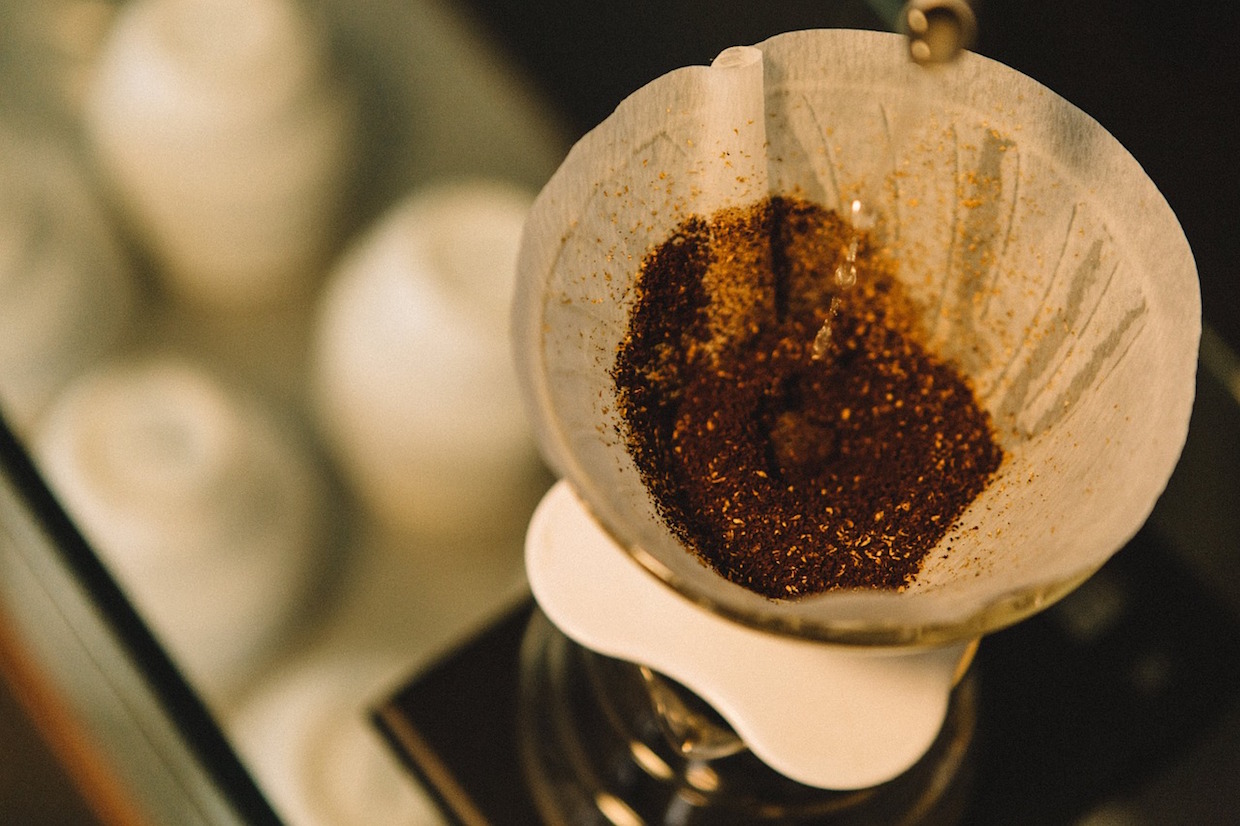 What if instead of buying coffee, you were leasing it until it was no longer useful to you?

Such is the question posed by a progressive service model being tested by two Dutch companies seeking to advance coffee in terms of a “circular economy,” in which resources are used and reused or repurposed for as long as possible.

Rotterdam-based Rotterzwam has launched the new initiative, called “Coffee as a Service,” in which the company retains ownership of the coffee even after it is ground, brewed and turned into spent grinds. The company will then use the material for its own separate line of products, such as mushroom-growing kits or bio-plastics, that involve coffee grounds as a material resource. 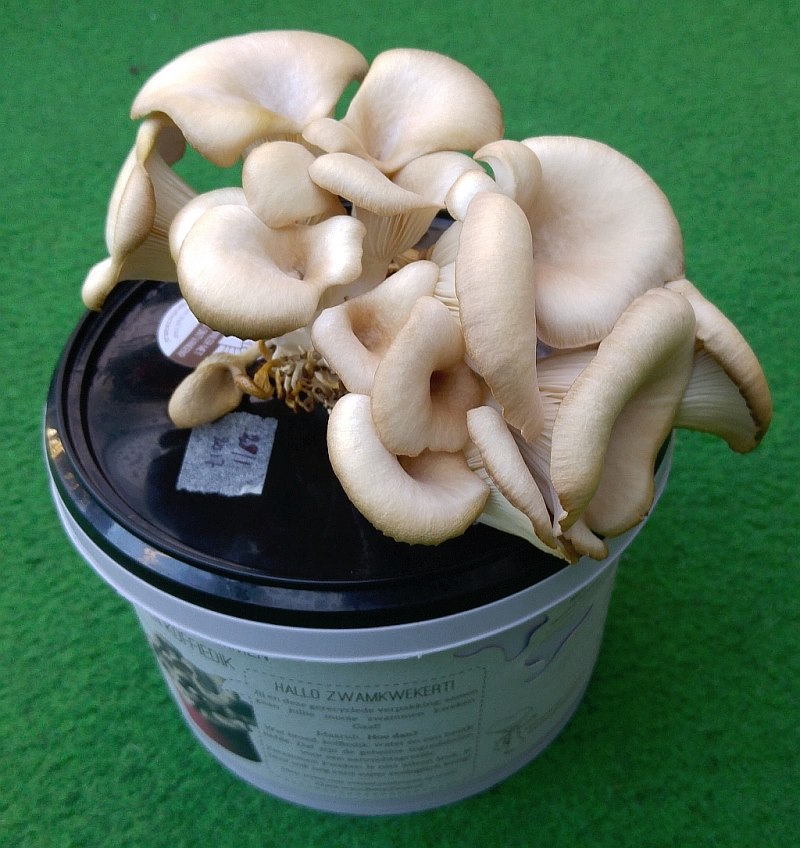 Customers who purchase — or, more accurately, lease — coffee from Rotterzwam will then receive loyalty points toward future purchases of Rotterzwam coffee.

For the coffee production side of the partnership, Rotterzwam is working with Amsterdam-based Moyee Coffee, a sister company of the blockchain-focused FairChain Foundation and creator of the first fully blockchained coffee brand, Token, which recently hit the market. Through the Moyee partnership, the coffee involved in the “Coffee as a Service” program will be fully traceable via the blockchain back to farmers in Ethiopia, who receive additional value by controlling roasting and packaging.

“Our goal is to create a 50/50 balance between coffee producers and coffee drinkers,” Moyee Coffee Founder Guido van Staveren van Dijk said in an announcement from Rotterzwam. “The partnership with Rotterzwam fits this ambition perfectly.”

The circularity of such a coffee micro-economy naturally brings up questions related to scaleability. The collection of coffee grounds alone requires storage space in the cafe, proximity among participating buyers, proximity to additional production facilities in which spent grounds will be used, and numerous other logistical concerns. 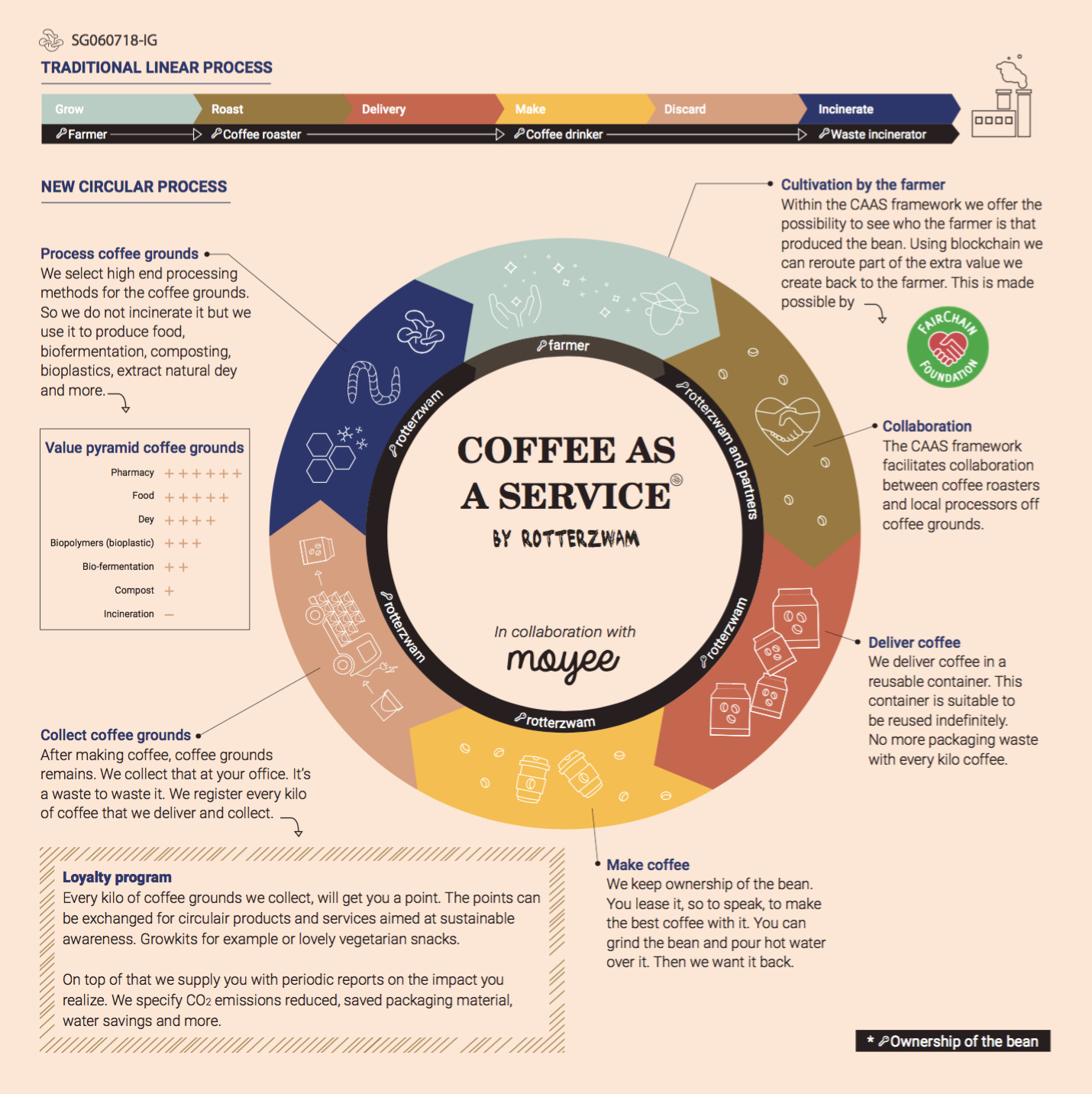 Rotterzwam is testing the concept now with organizations based in Rotterdam that are willing to commit to buying 30 or more kilos of roasted coffee per month. The company says it hopes to scale up the program to include all large cities in the Netherlands, while introducing the service to other Northern European cities in 2019.

The company says the “ultimate goal for the concept is to reach worldwide coverage through semi-franchise arrangements.”