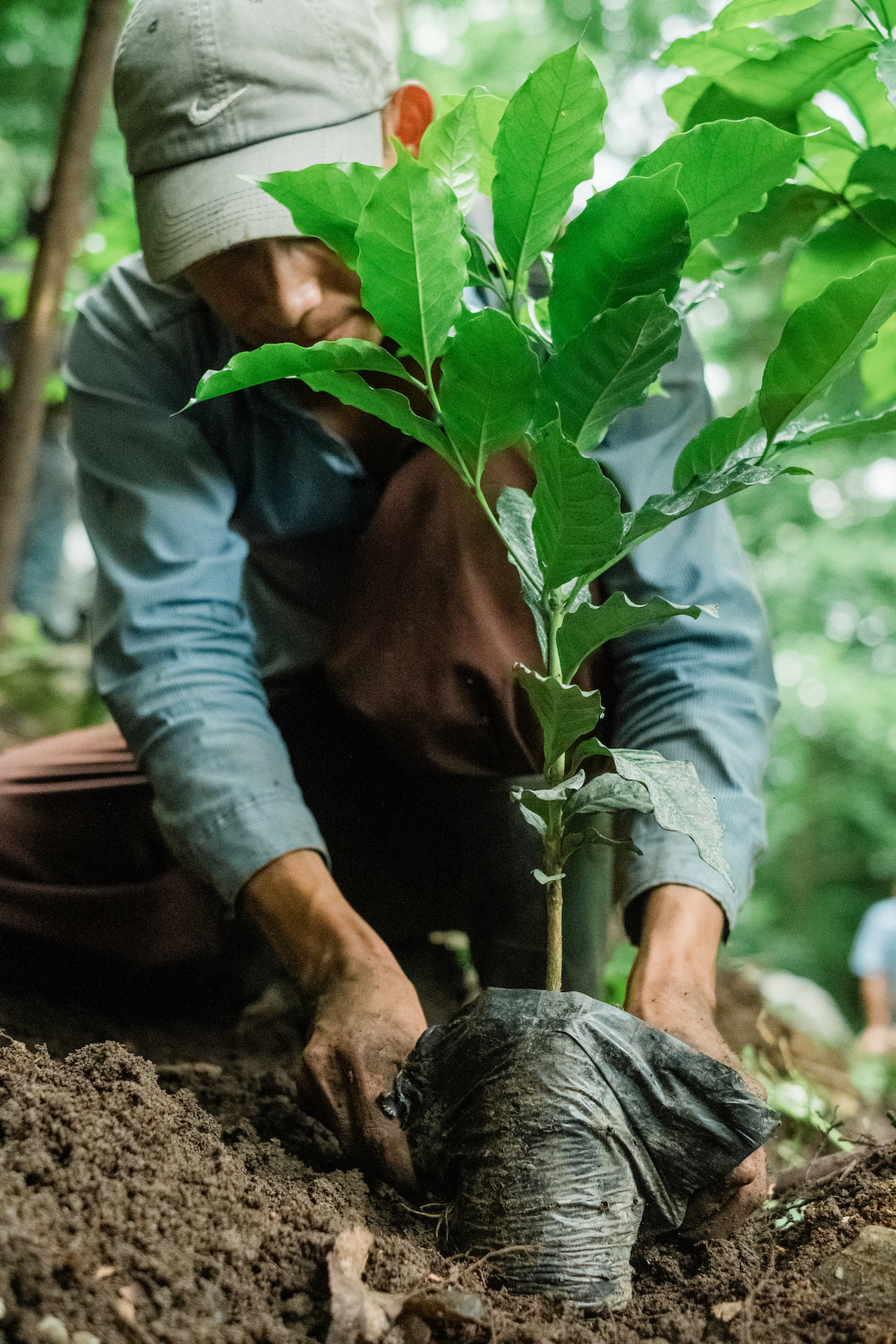 A coffee farmer plants a new tree at a farm in Huehuetenango, Guatemala. All photos courtesy of Starbucks.

Starbucks has become the first major global coffee company to publicly put some big money where its mouth is, announcing today the commitment of up to $20 million in relief funds to coffee farmers being affected by the price crisis on the commodities market.

On Aug. 20, coffee’s price on the New York C market dipped below $1 per pound for the first time since 2012, while reaching its lowest point in 12 years. Coffee is now trading at historically low prices when adjusted for inflation of the U.S. dollar, with coffee-producing organizations throughout the globe saying current coffee prices are not meeting farmers’ costs of production.

Despite rallying cries for intervention by producing countries and global development organizations, the behemoths of the coffee industry — including major green coffee buying and roasting companies — have remained largely quiet, conducting business as usual and offering little in the way of interventions for supply chain partners. 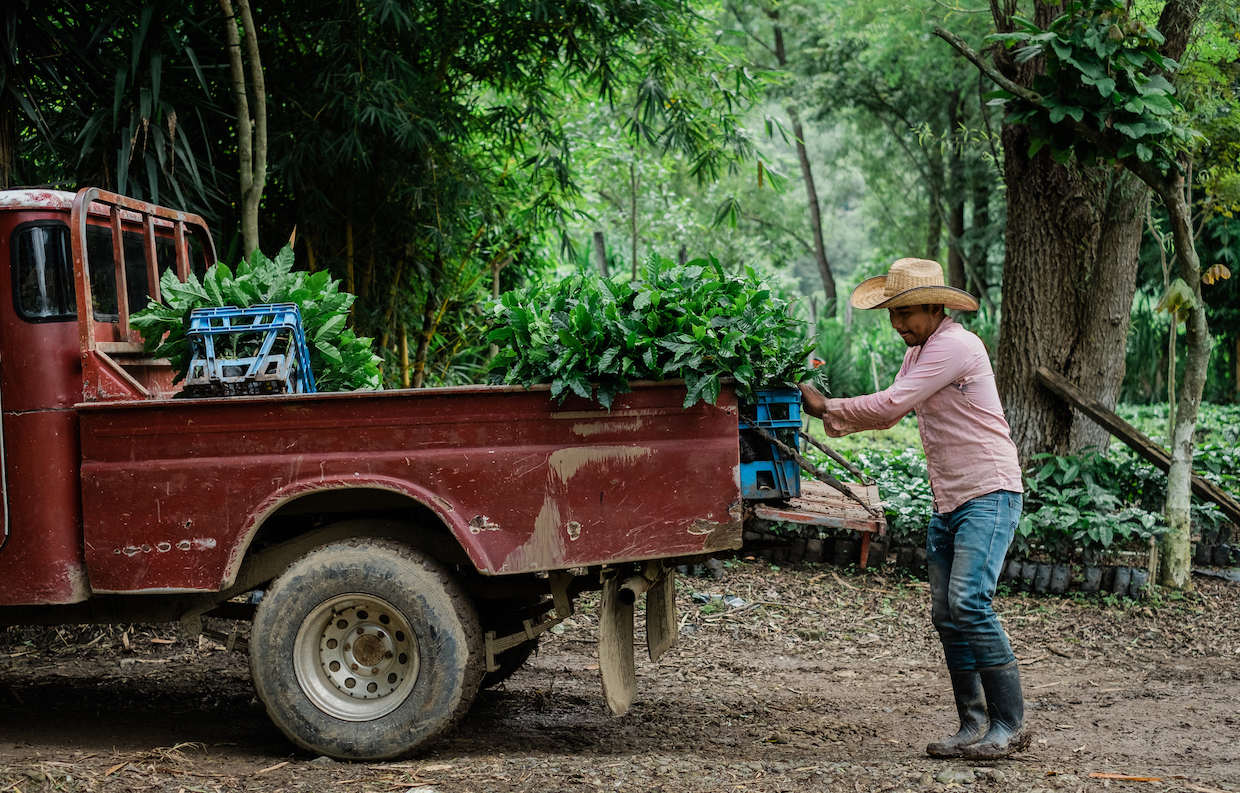 In an announcement released moments ago, Starbucks said the $20 million will be used for the temporary relief of price-impacted smallholder coffee farmers with whom the company does business, “until the coffee market self-corrects and rises above the cost of production.”

The coffee roasting and retailing giant has earmarked relief funds for direct distribution to smallholders in Nicaragua, Guatemala, Mexico and El Salvador to subsidize income during the upcoming harvest season.

“A majority of the coffee we purchase comes from smallholder farmers and the coffee crisis in Central America related to low prices cannot be ignored,” Michelle Burns, senior vice president of Global Coffee and Tea for Starbucks, said in today’s announcement. “We have a role and responsibility in helping smallholder farmers sustain their livelihoods. Their success will help ensure the long-term health of coffee productivity.”

Typically led by federal government agencies or intergovernmental farmer support agencies, such subsidies have routinely taken place in coffee-producing countries over the years as prices have collapsed or as natural disaster has ensued. Yet these kinds of direct financial relief commitments remain a rarity among large corporations based on the consumption side of the coffee chain — those who typically manage to turn a profit no matter what coffee’s C price may be. 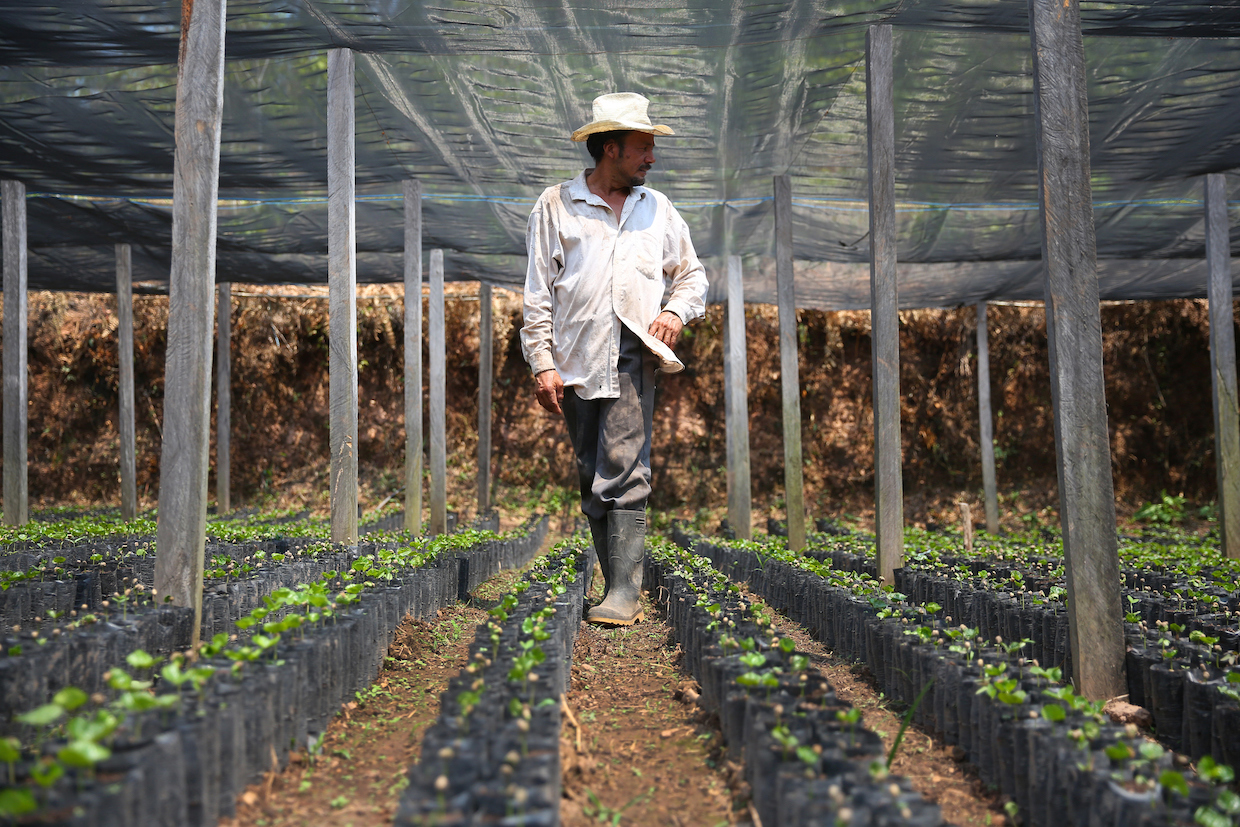 Coffee farmer Pedro Gonzalez Moreno is shown in a coffee tree nursery he built on his coffee farm, Naranjales, in the Jaltenango region of Chiapas.

“We have seen firsthand the effects of these historically low coffee prices on smallholder farmers,” SCA Executive Director Ric Rhinehart said in today’s announcement. “It will be through the strong support of the coffee industry and its leading companies, large and small, that we can set the stage for a viable coffee future, letting the farmers know their investment cost in upcoming crops will be compensated, providing them with much needed stability in the industry.”

Additionally, Starbucks is expanding its 100 Million Tree donation program by partnering with the Colombian Coffee Growers Federation (FNC) to supply 20 million coffee trees, technical support and supplies to Colombian smallholder farmers over the next two years. The seedlings will replace aging trees and those susceptible to pests and diseases such as leaf rust, which decimated coffeelands throughout Latin America beginning in 2012.

“We must strive for the economic sustainability of coffee producers,” Francisco Santos, Ambassador of Colombia to the U.S., said in the announcement. “We thank Starbucks for contributing to reforestation efforts in coffee-growing areas, working with the Colombian Coffee Growers Federation and deepening the alliance between the two organizations.”

I always find it sad and ironic, although a bit nefarious, when big companies like this make grand announcements about giving release money to farmers because of the price in crisis. If they would only pay real money to the farmers on a daily basis there would be no pricing crisis. If you look at all the billions that these companies have made taking advantage of these lower, speculation induced prices you would see that It Would dwarf the amount that they are offering as release cash. How easy it is for companies to get away with business as usual, which keeps farm is in a constant state of under development, rather than make a significant change which could really improve the lives of farmers and not impact the company’s bottom line that much. Dream on, Dean!

If they could only multiply this by five for each impoverished country in which they conduct business you could see positive change. But what was reported yesterday was a total folly ! 20 million seed donation to help Porto Rico’s coffee farmers rebuild. Even i could could have done that ! All i would have to have is seven sacks of viable seed to donate. Come-on Star Bucks !