Walking the Walk at Let’s Talk Coffee in Colombia 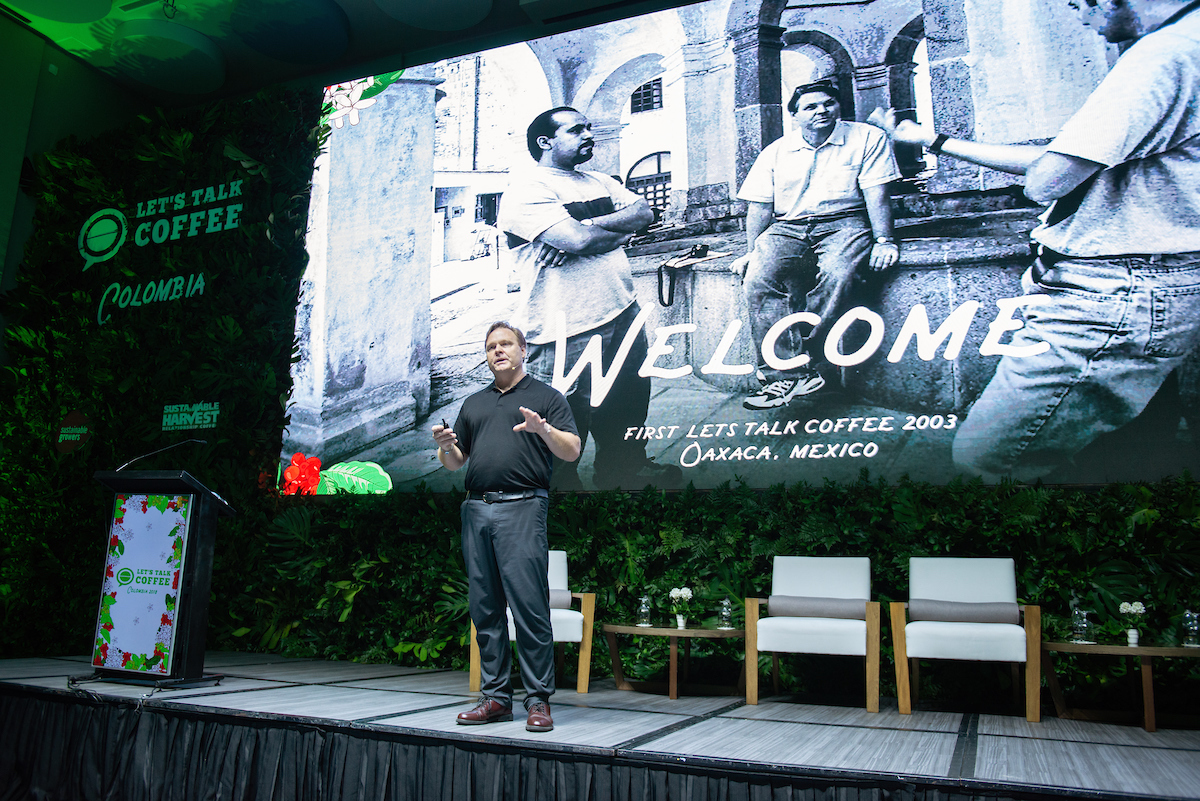 Like the industry itself, the discussions were wide-ranging, varied, and nearly all tinted with a sense of urgency. They reflected the interests and concerns of the diverse group of coffee leaders gathered at the progressively inclusive event, including producers, sustainable development nonprofit representatives, traders, roasters, retailers, agronomists, and more. 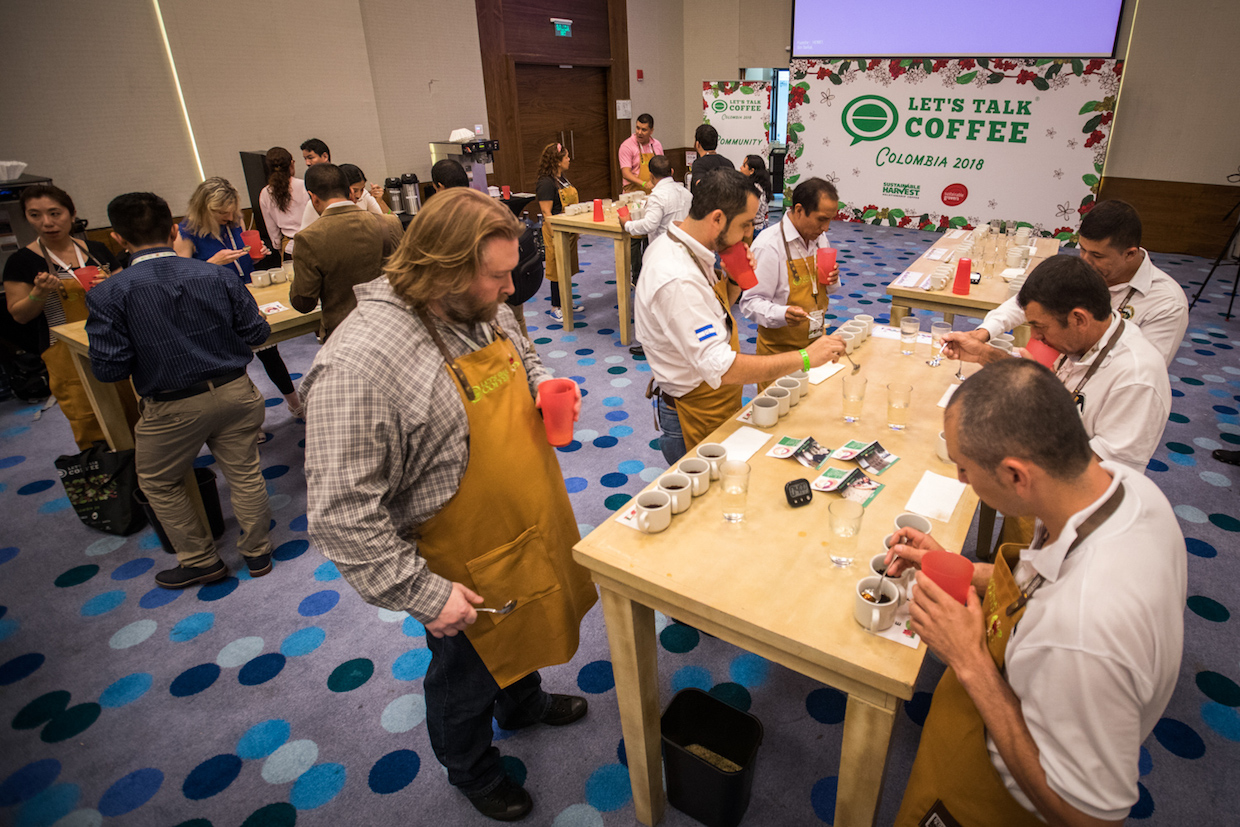 There was much talk of the current C-price for coffee, which has created a situation where prices paid to farmers are not meeting their costs of production, threatening the entire sector; talk of climate change; talk of using blockchain technology to improve traceability and market access; talk of innovation in technology and retailing in order to drive more consumption; and talk of who has the power to command the narrative where coffee reaches consumers.

“Working alone in Portland, or you working alone on your farm, you can sometimes feel very alone in the problems that we’re facing,” Sustainable Harvest Co-Founder David Griswold said in his introduction to the three-day event, which was followed by multi-day field trips to various coffee farms and facilities in Colombia. “This year, more than any year, maybe, that we’ve had Let’s Talk Coffee, there’s a tension in the air of an impending crisis of such proportions that we all wonder how we are going to handle it and make coffee sustainable. What are we going to do together?” 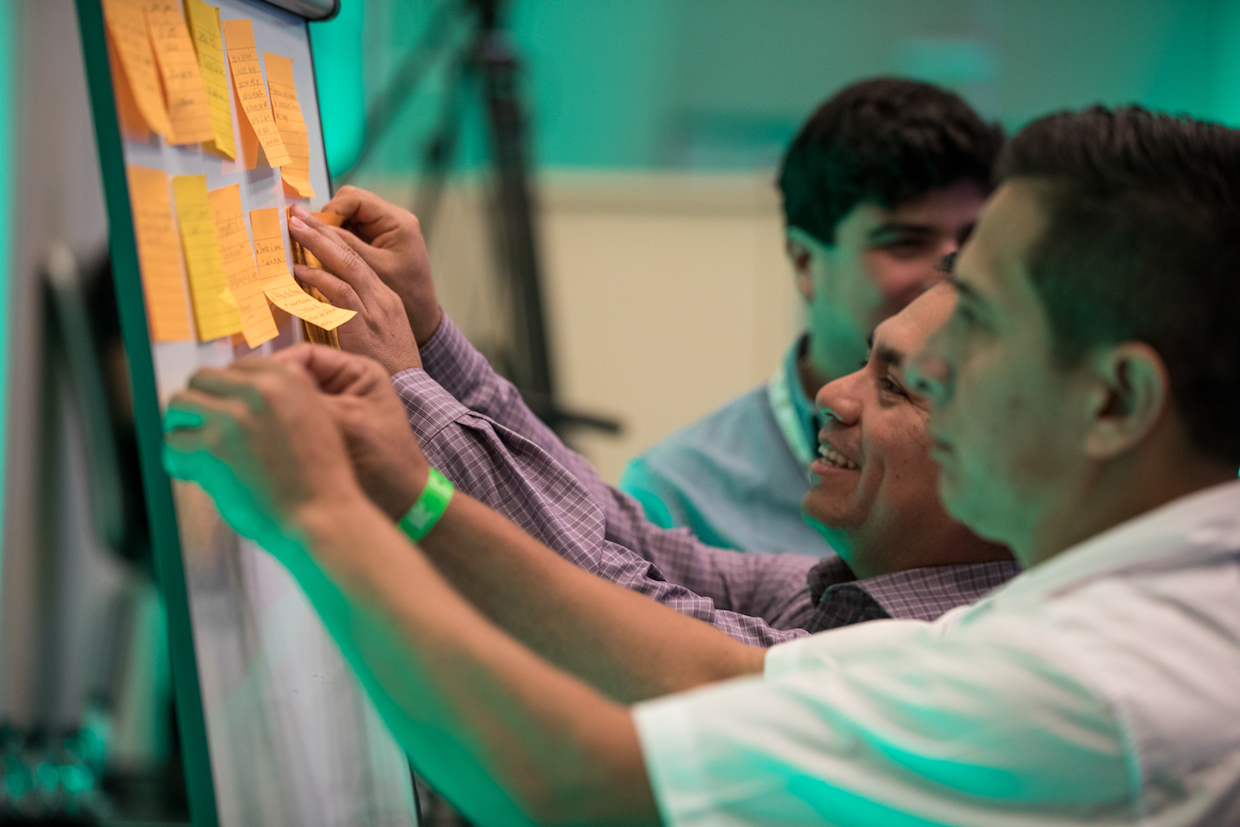 Throughout the event, guests were asked to share specific actions related to the larger topics discussed. Photo by Hanz Rippe/Let’s Talk Coffee

That question — “What are we going to do?” — seemed to carry through virtually every conversation at this year’s Let’s Talk Coffee, Sustainable Harvest’s 15th. For all the “let’s talk,” the group’s true focus was on the “let’s act.” 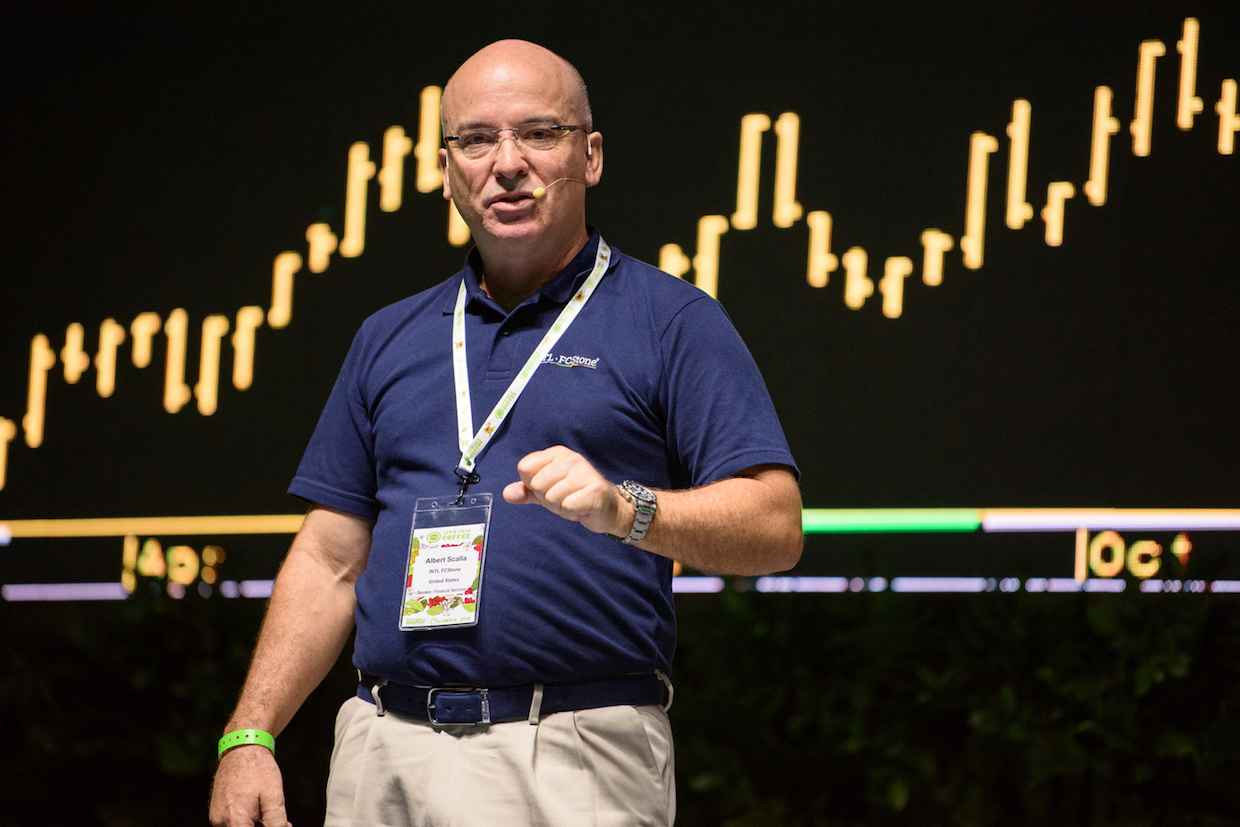 Past World Barista Champion and “World Atlas of Coffee” author James Hoffmann asked attendees to consider what might be the elements of a “new social contract” for the green coffee trade — one in which producers could have a leading voice and bear less burden regarding risk (more on this concept to come).

S&D Coffee’s Olga Cuellar Gomez led a panel of women — including Sandra Palacios of the Colombian cooperative Cooagronevada, María Reyes of Coocentral, and the first woman World Barista Champion, Agnieszka Rojewska — who have led and inspired others through their pioneering actions. 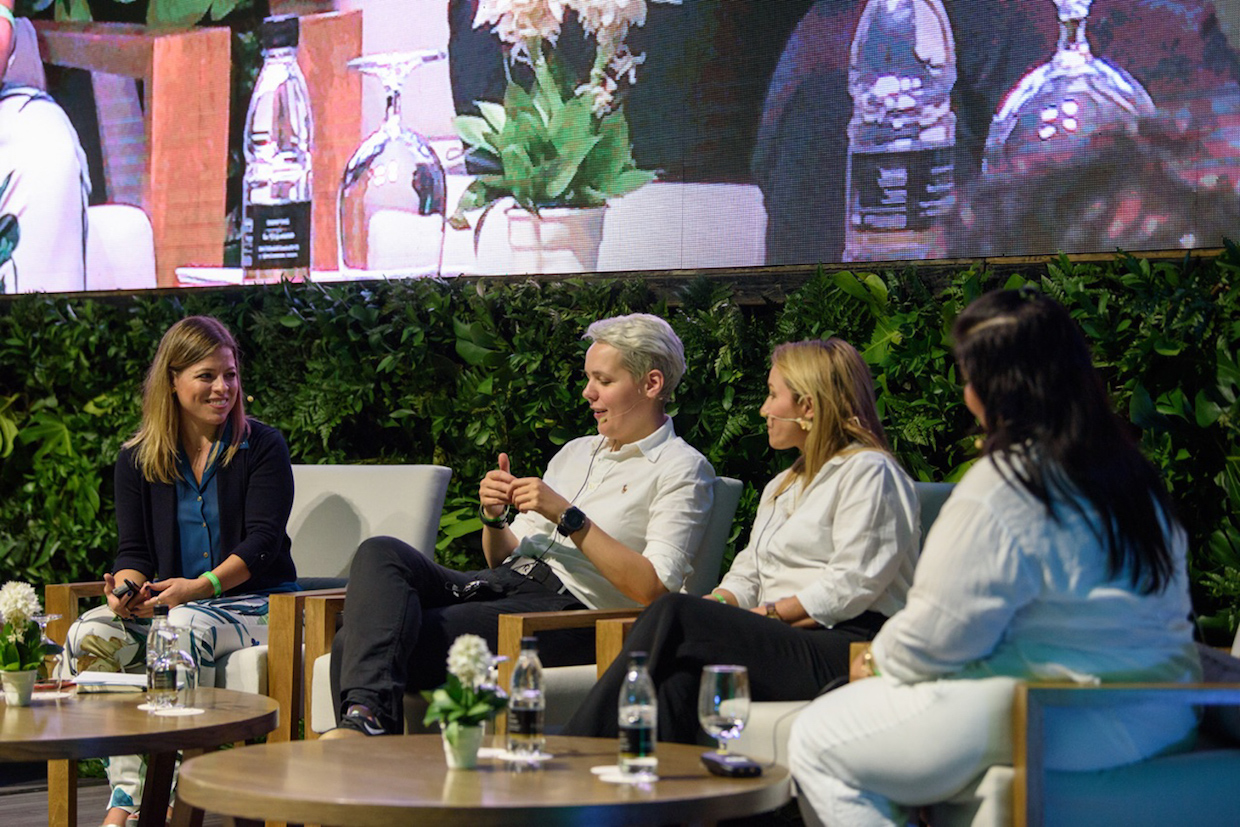 Numerous panelists, including Kenyan coffee specialist Vava Angwenyi and Karla Ly of Puerto Rico’s Café Comunión, urged producers and other people who have not traditionally controlled coffee’s narratives to seize control of their own stories, and to command power in their telling.

In one of the session’s most powerful seminars, on what happened to be on the day of the equinox, spiritual leaders from the indigenous Colombian Ahuaco tribe and Cafe Anei passionately implored everyone involved in the sector to more deeply consider the impact they are having on the earth. Warned Cafe Anei’s Ati Quigua, “When we move away from an economy that doesn’t respect nature and survival, and is only a market economy, we move toward self-destruction.” 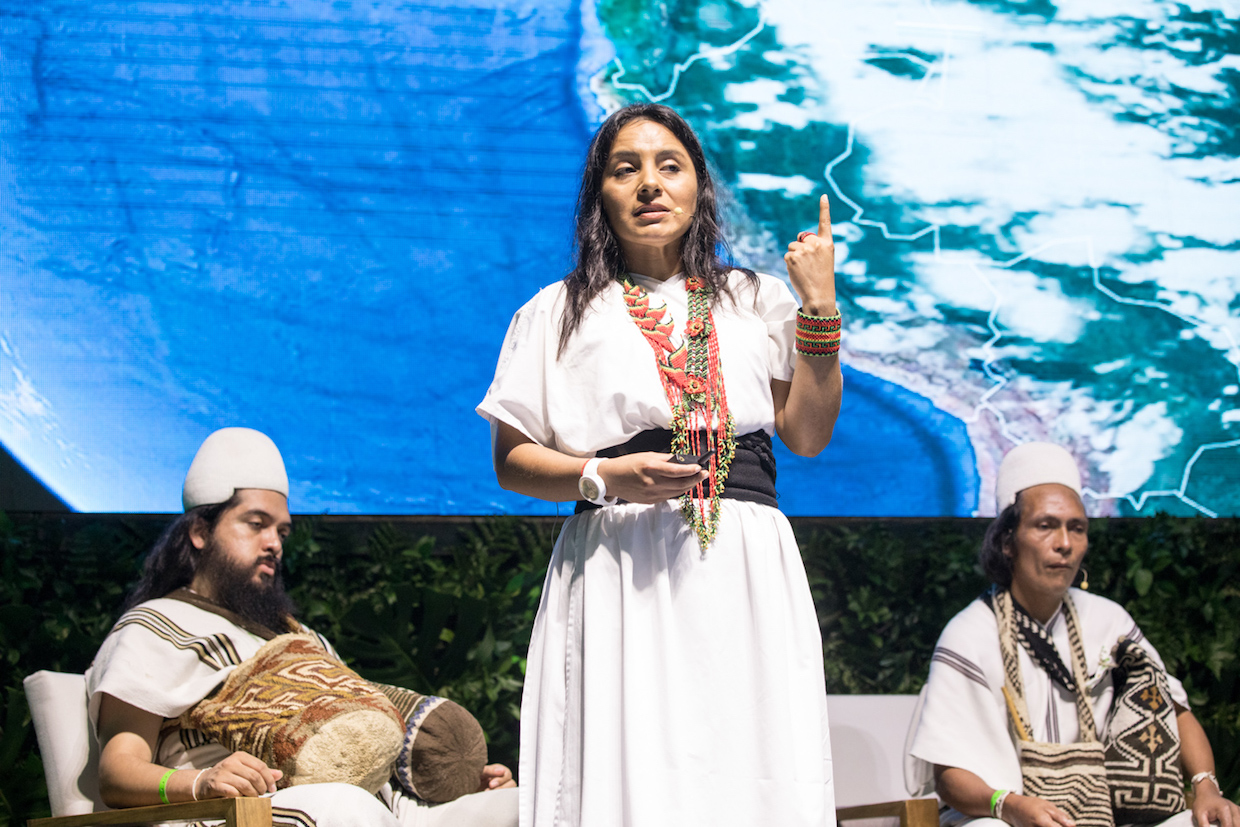 Beyond calls to take action, some steps already underway were also introduced at LTC 2018. Sustainable Harvest announced a three-year plan in cooperation with IDB to help revive the coffee sector in Southern Mexico; the Dutch nonprofit Progreso announced the launch of a new tech-based trading platform to improve market access for producers throughout the globe; and Sustainable Harvest announced the development of a new online platform designed to empower producers to more easily tell their stories called GrowerStories. 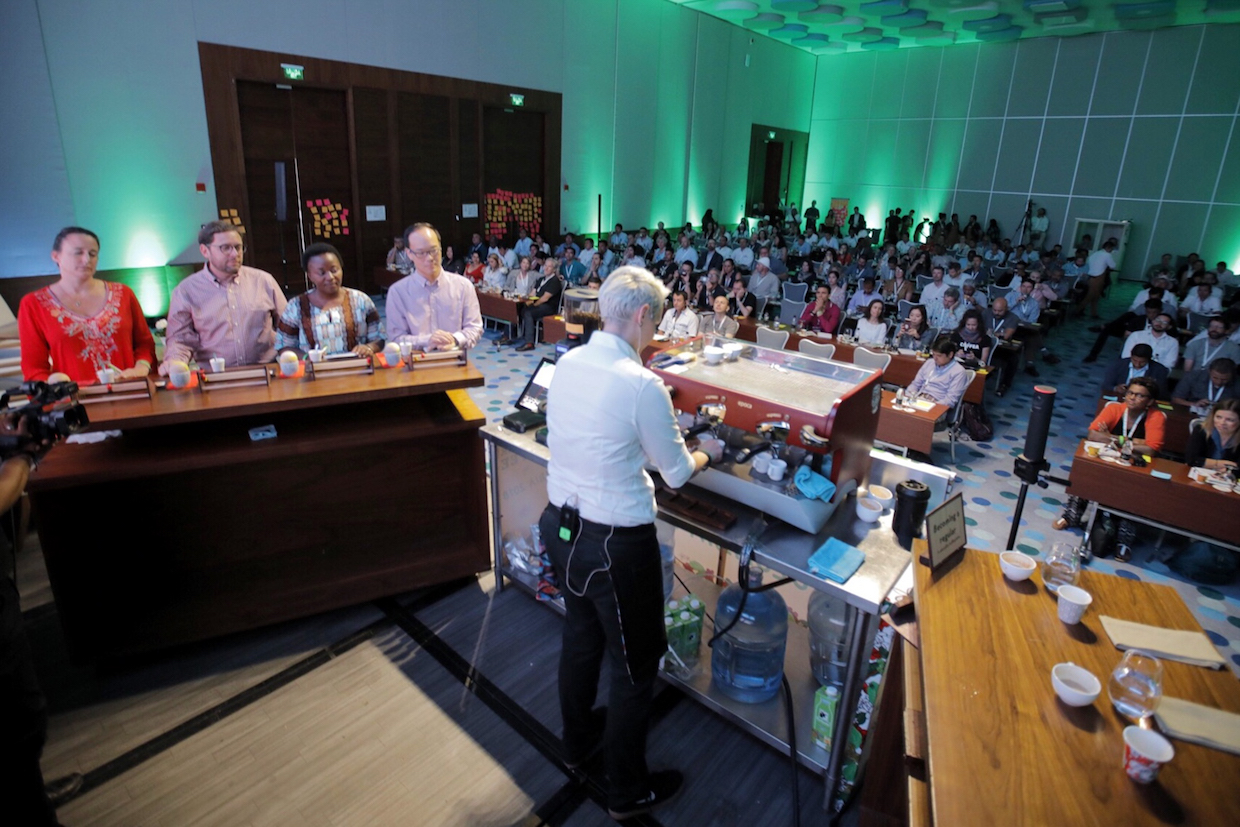 After three days of head-spinning and provocative conversation involving some of the most pressing issues facing coffee throughout the seed-to-cup chain, Sustainable Harvest President Liam Brody left LTC-goers with one final call to action:

If not now… when?