More from ASIC Portland on the Cutting Edge of Coffee Science 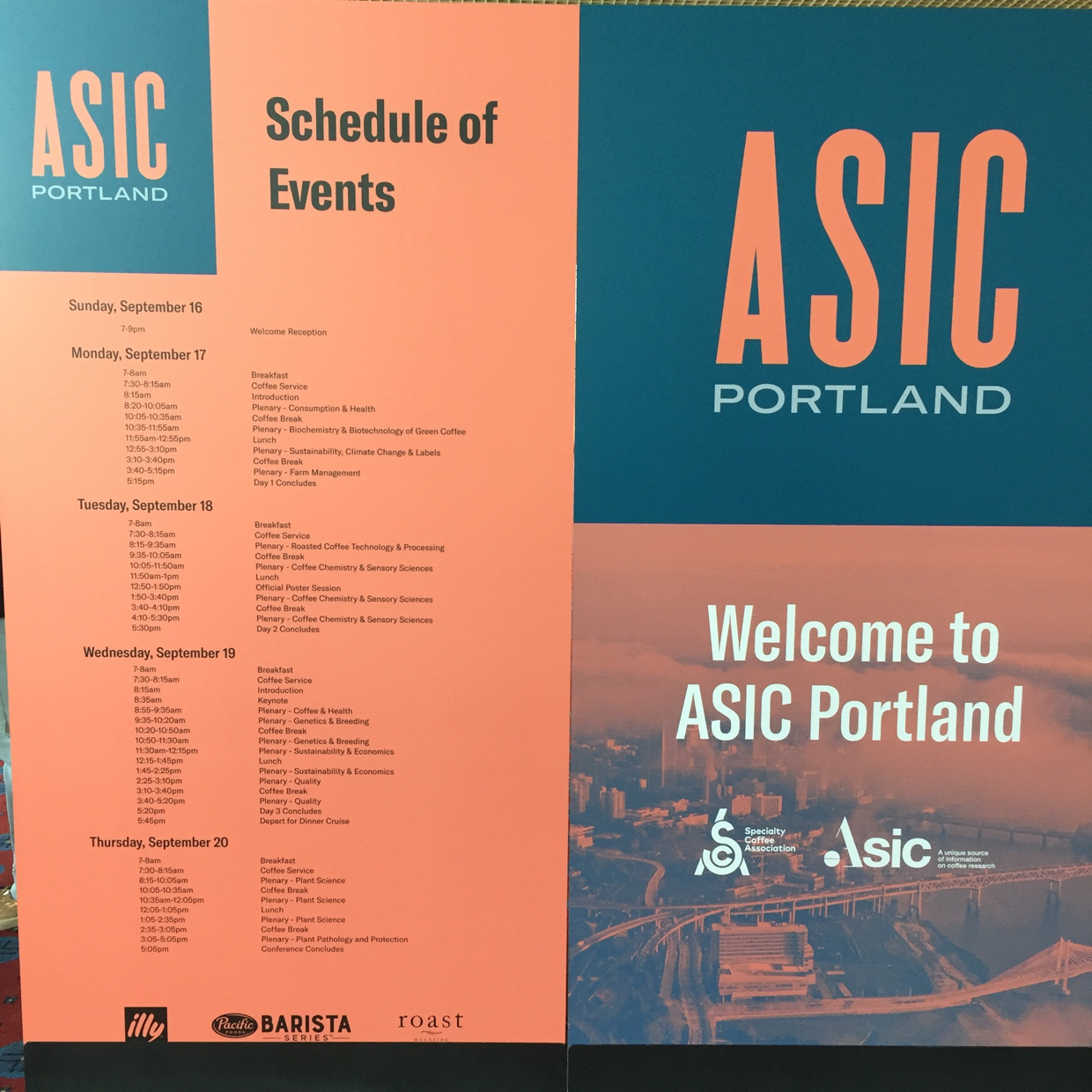 Following a dizzying week of coffee science learning in mid-September at the Association for Science and Information on Coffee (ASIC) biennial symposium in Portland, Oregon, I attempted to sum up of some of the conference’s many day-one highlights.

That piece explores a range of issues, including caffeine metabolism, biomarkers in coffee, fermentation biology, climate issues, the economics of cooperative farming, soil science and more.

Today we dive even deeper, exploring some of the conference’s major takeaways regarding roasting and brewing science, and plant science and pathology.

The second day’s opening keynote was presented by Dr. Samo Smrke of the Zurich University of Applied Sciences. His research included extensive work on degassing of roasted coffee, quantifying some data that I suspect many roasters already know, at least anecdotally. 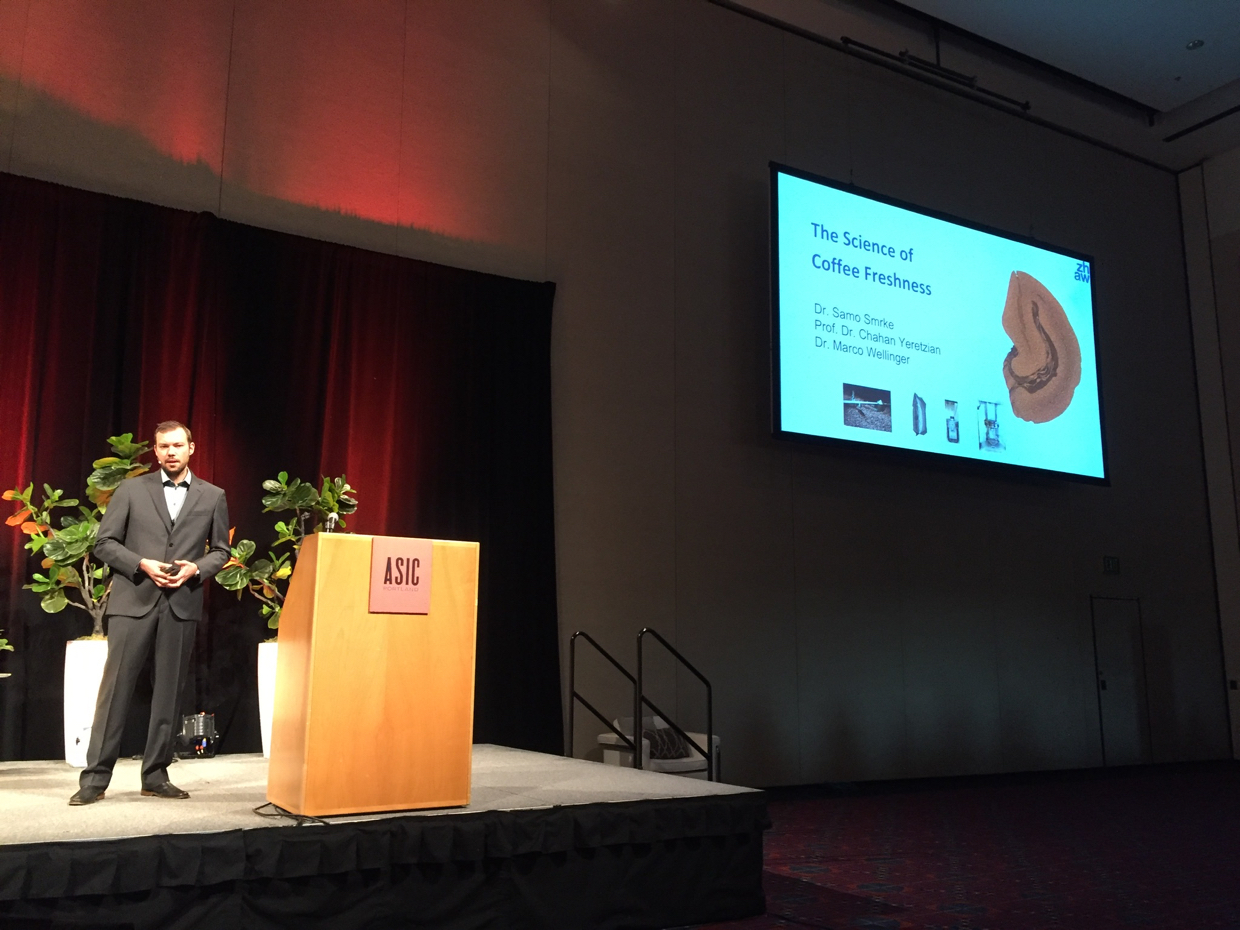 Dark roasted coffee degasses more than light, fast roasts degas more and more quickly, and even after long term whole bean storage, a small amount of CO2 is still accessible once the coffee is ground. Smrke found that aged coffee has a faster flow rate as espresso than fresh roasted, and that high temperature storage environments have a massive impact on freshness. In an extreme example, 70 days of resting at -25C (-13F) was roughly equivalent to two days at 35C (95F). Interestingly enough, oxygen was not observed as a significant staling factor at temperatures below 15C (59F). 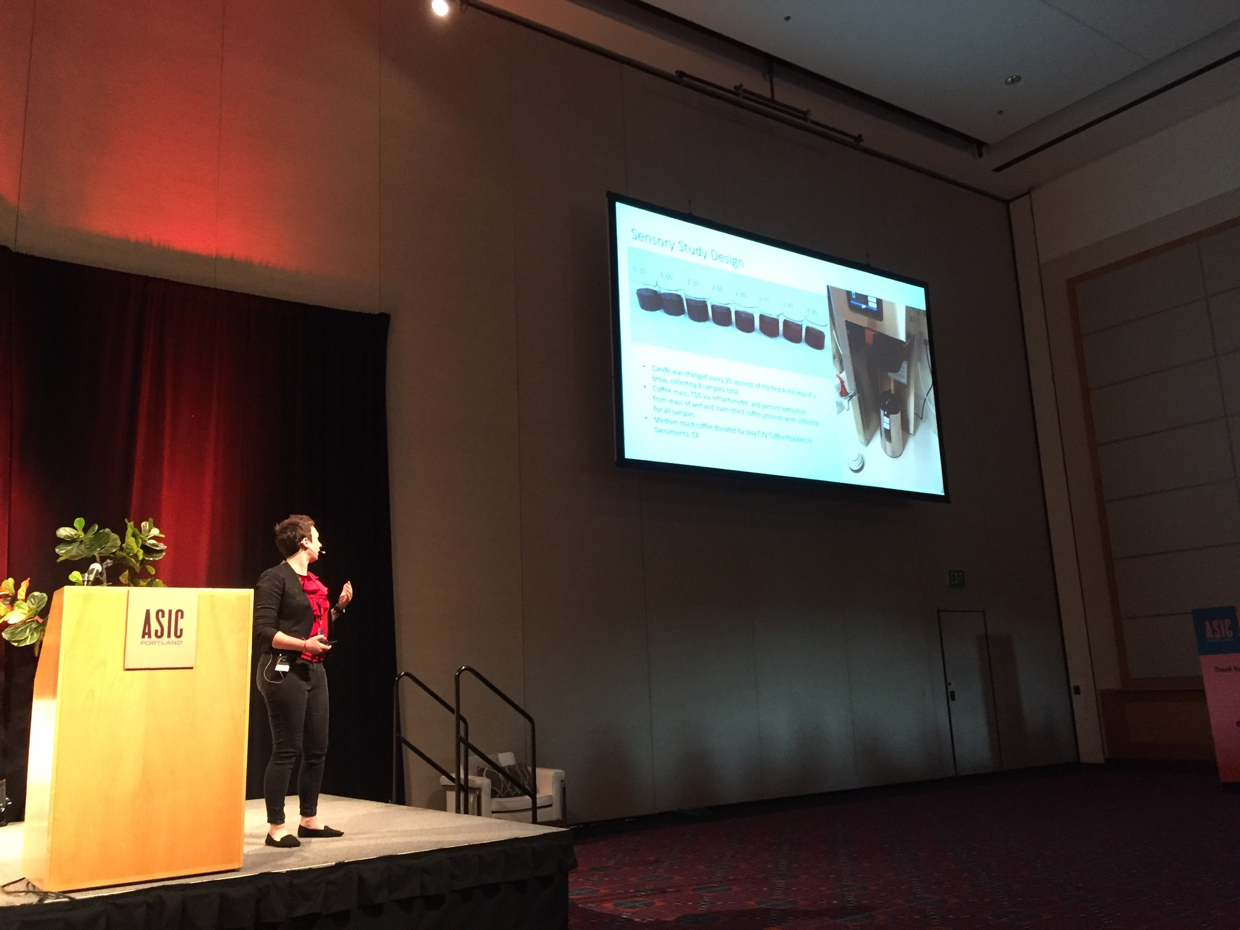 Some interesting research in general brewing and roasting science was reported by various parties during the course of the symposium, and here are some highlights:

Thursday’s lectures were among the most difficult for me to keep pace with. Dr. Alexandre de Kochko of the Institute of Research for Development, Marseille, presented information related to the sequencing of the Arabica genome, a very recent accomplishment with a number of difficulties overcome in its execution. Sixty-four researchers were involved in the project, which was able to confirm Arabica’s spontaneous origin from parent species Canephora and Eugenioides. This lineage made sequencing difficult, de Kochko explained, because the parent genetic material is very similar. Arabica is composed of more than 60 percent transposable elements, and 88 percent of its genes are expressed by both parents.

Dr. M. Catherine Aime of Purdue University presented a technical but highly engaging lecture on the rust fungus. There was a lot to take in, and much of it bears repeating, so I’ll do my best to be both accurate and succinct in my summary. Rust fungi encompass around 8,000 species — roughly the same as the number of bird species in the world — and account for around 8 percent of described fungi to date. While most other fungi are primarily engaged in decomposing already dead material, rust are “obligate biotrophs,” meaning they need a living host to survive. Rust also represents one of nature’s most complex life-cycles, engaging in up to five stages using both sexual and asexual forms of reproduction and requiring two separate species to host.

Rust is an ancient organism. The coffee leaf rust genus is thought to be one of the first rust strains to evolve, around 140 million years ago, roughly coinciding with the emergence of the first flowering plants. Human interaction in history shows numerous instance of epidemics:

With regard to coffee, the coffee leaf rust (CLR) species, Hemileia vastatrix, has not yet been observed in two of the five life stages, and thus the alternate host has not yet been identified. There’s speculation that CLR first evolved on a different species in the Rubiaceae family, and didn’t migrate to coffee until the production boom in the 1800s. This is based on the fact that other Rubiaceae plants can act as hosts, but generally aren’t killed and won’t result in epidemics, indicating an evolutionary resistance that is lacking in coffee.

CLR was first observed in 1861 in Lake Victoria and by 1867 it was noticed in Ceylon. First formally described by Reverend H. J. Berkele & Mr. Broome on Ceylon in 1869, the ensuing epidemic would ravage Arabica plantations throughout the Indian and Pacific oceans, but it wasn’t first observed in the continental Americas until much later, as late as 1970 in Brazil. 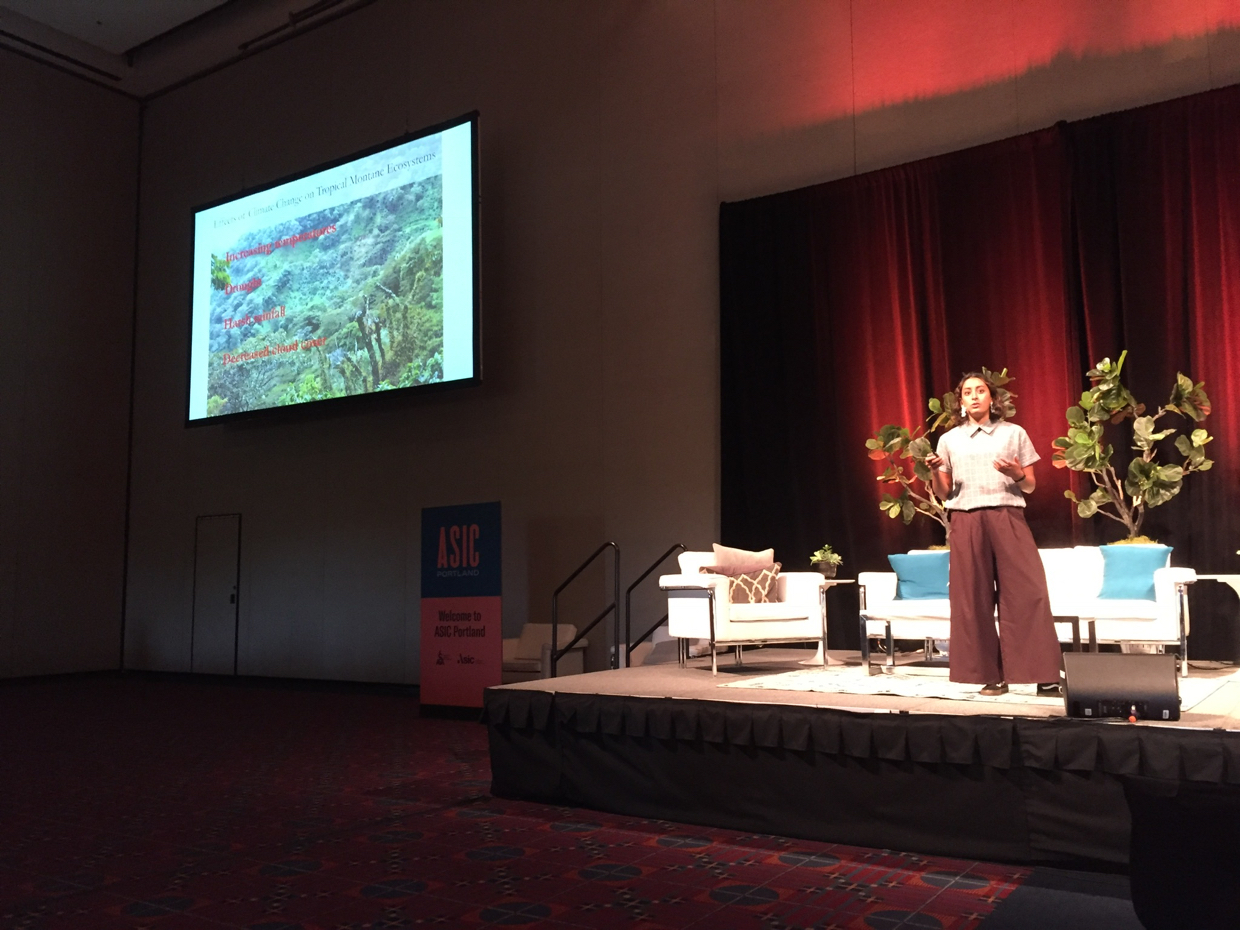 Some further highlights from the fields of plant science and pathology include these notes I hastily scribbled down on Thursday follow below:

All told, after four very full days, I had a lot to digest, and I suspect that if the lively conversations over coffee and dinners were any indication, so too did the scientists.

There’s much to look forward to in advances related to coffee, and as the future presents challenges, I look forward to seeing and participating in evidence-based solutions. Onward!

Some great content here, would love to re-post, so a lot of this stuff is sprouted as fact, so would love to store from prosperity. Good to see some science behind the hearsay.