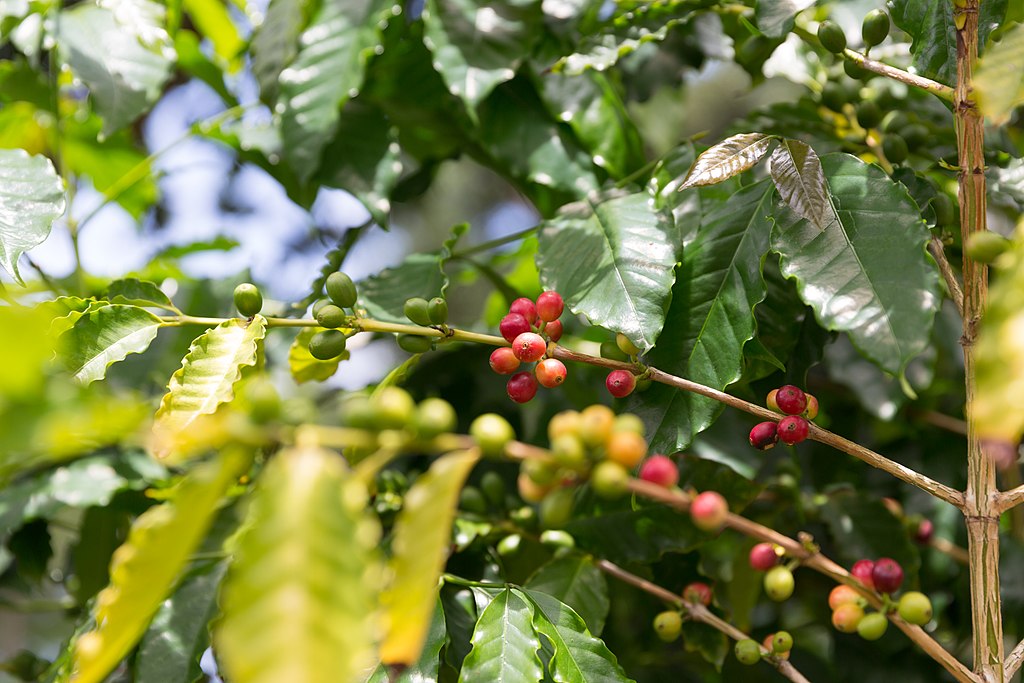 Coffee farmers from the Kona district of Hawaii’s big island have filed a civil suit against eight U.S. roasting companies and several of the country’s largest grocery and online retailers. At issue in the class action suit, which seeks relief for some 600 to 1,000 Kona-based coffee farmers, is the labeling of packaged of coffees that bear the “Kona” name.

Plaintiffs say that lab testing of 19 different packaged coffee products marked as Kona or Kona blends prove that they contain only trace amounts of Kona-grown coffee, or no Kona coffee whatsoever.

Coincidentally, the suit was filed one week before the Hawaii state legislature moved forward a bill that would require all products marked as Kona coffee to contain at least 51 percent Kona coffee. Currently according to state law, coffee roasters or other retailers may sell Kona coffee if it contains at least 10 percent Kona.

Plaintiffs in the suit are Kona Coffee Farmers Association member and past president Bruce Corker of Rancho Aloha, Colehour and Melanie Bondera of Kanalani Ohana Farm, and Robert and Cecilia Smith of Smithfarms.

The lawsuit invokes the Lanham Act, a 1946 U.S. trademark act designed to protect from “false designation of origin” in the sale of consumer products.

“Even though only 2.7 million pounds of authentic green Kona coffee is grown annually, over 20 million pounds of coffee labeled as ‘Kona’ is sold at retail,” the suit states. “That is physically impossible; someone is lying about the contents of their ‘Kona’ products.”

The suit presents lab testing of 19 coffee products packaged by the roaster defendants and sold by them directly or through the major retailers named in the suit. It contends that the Kona district’s unique volcanic soil, humidity conditions and growth elevation create distinct elements that can be traced through lab testing. Specifically, the testing presented in the lawsuit focuses on the strontium-to-zinc barium-to-nickel ratios found in the coffee products.

“This tremendous supply of counterfeit Kona coffee pushes prices down sharply,” the suit states. “And that low pricing artificially restrains the profitability of legitimate Kona coffee farms. Second, the Defendants are selling run-of-the-mill commodity coffee and labeling it as Kona coffee. A consumer who tries that inferior product, thinking it is Kona coffee, will conclude that Kona coffee is not worth a premium price.”

The lawsuit resembles a similar suit filed in 2011 by a California resident that was backed by the Kona Coffee Association. Grocery chain Safeway, the defendant in that suit, settled for undisclosed terms two years later. At that time, the Kona Coffee Association expressed disappointment with the settlement, stating that it “leaves unresolved what they believe is the key question raised by the lawsuit — that is, Does use of the name ‘Kona’ on packages of coffee containing little, if any, coffee actually grown in Kona violate federal and state consumer protection and fair marketing laws?”

On Tuesday, March 5, the Hawaii State Legislature passed a bill (HB144 HD1) upon its third reading in the State House. The bill calls for coffee products labeled as Kona to contain at least 51 percent Kona coffee. Additionally, it would require that all coffee blends containing Kona must state the regional origins of all coffees in the blend, plus the percentage by weight that each coffee represents. The bill is currently being reviewed by two Senate subcommittees.

Similar bills have been introduced to the Hawaii legislature over the past decade, yet none to this point have been signed into law. In the House, numerous legislators noted reservations in supporting the bill.

Although he was one of numerous state reps to introduce the bill, Bob McDermott (R) announced a dissenting vote, describing the bill as a “turf war” in which the legislature should not be involved.

“The reason they don’t use 51 percent now is because Kona coffee is just prohibitively expensive,” McDermott said. “It’s $12, $14 dollars a pound, I don’t know. But it’s very expensive so they blend it and thereby blending it they sell more coffee as a Kona blend. This is kind of a turf war which we’re getting engaged in, and then we impose these labeling restrictions which are meaningless when we [export the coffee] to California or Japan or other places like that because we can’t compel them to follow our laws.”

The lawsuit plaintiff Corker provided written statements at that hearing in support of the bill that suggested the current lack of labeling requirements — whether for Kona or any other Hawaiian-grown coffee — are misleading to consumers.

“Even if the Committee were to see the label changes as an issue, the matter could be easily addressed by adding a provision to give an option to blenders to use a broader disclosure of the total percentage of non-Hawaii coffee in the package,” Corker’s statement read, in part. “For example, ’51 percent Ka’u Coffee; 49 percent Imported, Non-Hawaii-grown Coffee.’ What is important is that consumers be clearly advised that while the package may carry a name such as ‘Ka’u Blend,’ that up to 49 percent of the package content is foreign, imported coffee.”

I’m all in favour of truth in labelling. Consumers MUST be assured they ARE buying what they think they are buying. If I buy a one ounce silver bar it had BETTER not contain ten percent zinc……
I suppose there are unscrupulous outfits that would make such blends and falsely label them as Kona blendsThat is false advertising.

On the other hand, the proposed bill DOES take it too far. Blends are proprietary, and change through the seasons as different stocks change character even from the same exact origin. To mandate listing the percentage by weight of every coffee in the blend is overkill, and I believe the chap who authored the bill is right in pulling out due to this change. Listing the percentage of Kona, yes…… but not everything else.

While it does not change the reality of the high price of Kona coffees, one ought consider WHY those prices are so high: grown in the US, all the wage, employment, mandated benefits, taxes on business and land and a bazillion other things, price of the land itself, all conspire to elevate the price to its stratospheric levels.

I find it interesting that their proof of Kona content is tied to ratios of certain trace minerals. I wonder whether this is truly unique to Kona, or whether a deep pocket defendant like Safeway might be able to either call that alledged fact into question, or establish that similar ratios are found in some other corner(s) of the world.

The proposed bill does NOT go too far on proprietary grounds. You are under no obligation to reveal the percentages of your blend components if you call it “John’s Blend” or “Sally’s Blend”. However, if you wish to receive a relative premium for your blend by invoking a powerful name like “Kona”, then you should have to put a substantial amount of the named component in your blend. This bill ensures that.

Similarly, if you want to sell me a hamburger and call it a “proprietary beef blend”, I sure as hell as the consumer, want to know the proportions of squirrel meat to actual beef. The product should be labeled as such so I can make sure to avoid “Sally’s Meat Blend” in the future.

Estimados Amigos, the bill most assuredly does not go too far. Everybody, including the FDA is screaming for “traceability,” particularly in food products, right? So why is the burden for traceability in coffee falling only on coffee farmers and exporters? Why does “traceability” stop at the moment coffee is imported? Try asking a roaster what’s in his blends. Get real, guys; traceability means traceability, coffee farm to your cup. Thank you Kona for for going after them.

KCFA….Please don’t give up on your quest to make things right. I wholeheartedly agree with James and Matt above. We were farmers of lychee/longan on the Big Island for a few short years until the low prices that growers get drove my family to work in Australia while we try to save enough money to come back and try farming again. The country of Australia has no idea what lychee and longan are supposed to taste like as their imports are unripe and undersized, just as their touted coffee connoisseurs have no idea how divine Kona coffee is. Most tourists I talk to say they do not like Kona coffee because they think it is the same coffee served in all the international run hotels in Hawaii, which is often not Kona coffee. And the fact that Honolulu airport has a Starbucks at the gates is appalling to me. BTW, Wegmans food markets is another chain that needs to be looked at with their Kona Dream coffee and others.

As a Coffee Roastmaster as long as you say “Kona Blend” it does not need to have any Kona in its blend. Kona Coffee only needs 10% of Kona in it to be called Kona Coffee.