Innovative Models At Origin: Can Selling Coffee In Cherry Be Profitable? 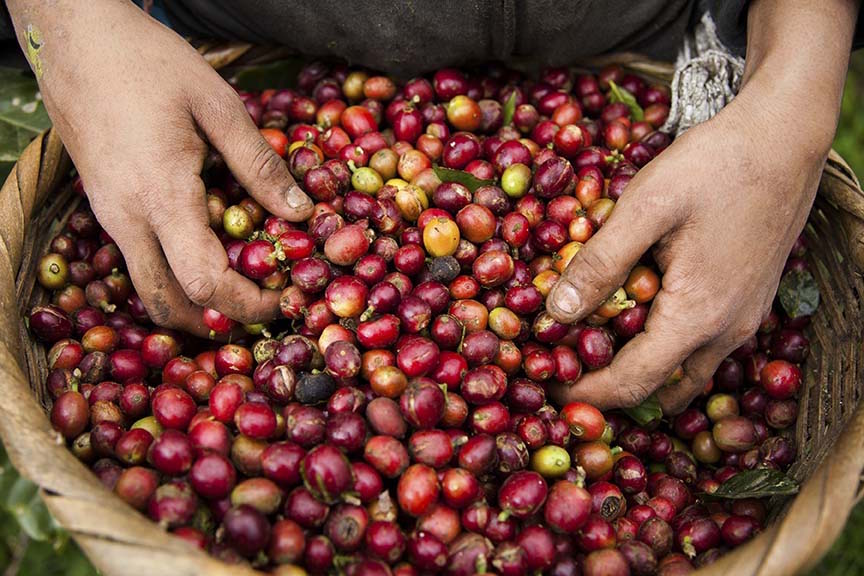 It is often taken as accepted wisdom that smallholders need to move up the value chain — aggregate, process, trade directly — to be competitive and profitable in the coffee industry.

Smallholders who aren’t part of a cooperative with certifications, cupping labs, mills, and an export license will never break out of a cycle of intermediation and poverty. This view may be largely true, but there are exceptions.

CRS has been operating a project in the low (600 meters) to mid (1,100 meters) altitudes of the coffee growing region of San Marcos, Guatemala, for several years. The project originally started as a response to coffee leaf rust and focused primarily on supporting unorganized coffee farmers to begin the renovation of their farms. It also organized community members into small (15-20 member) savings and internal lending communities (SILC). The groups then mobilized to form a larger network (10-20 groups). The project evolved over the years, tackling new problems as farmers’ and CRS’ understanding of the context evolved.

The Nuevo Progreso region of San Marcos has mediocre yields (1,400 pounds per hectare) compared with the rest of Guatemala. Theories about why this is so include that the parental material in the soil is unsuitable (for coffee) or that it is caused by excessive rain (3,000 to 4,000 millimeters per year). Most of the region’s coffee is produced by unorganized smallholders who sell their coffee in cherry at farmgate.

The financial data we have collected predictably shows that low farmgate prices, which are linked to a shameful C price, coupled with mediocre yields, mostly result in a cost-above-income situation. After speaking with several buyers operating nearby and conducting our own coffee quality baseline to map out the region (81.5 cup score average), we realized high-end specialty was unlikely to be a solution for these farmers.

Enter Los Volcanes Coffee. Los Volcanes is a socially minded exporter in Guatemala that crafts and exports great coffee while priding itself on traceability in its supply chain. Los Volcanes got together with CRS and its farmers during the 2018-19 harvest to pilot an alternative business model we thought might work in the region. The model capitalizes on the strengths of all three partners and mitigates some of the weaknesses listed above. The model includes:

The benefits of this model are multiple. Farmers receive a healthy premium, 40% higher (after costs) than the average farmgate price, for their good picking and organizational capacity. Farmers are paid in a transparent and direct fashion, within 48 hours, with cash deposited directly into the SILC network’s commercialization fund. Unorganized farmers are spared the additional work of post-harvest processing, which they are not equipped to do. Finally, given the precision and attention required for the harvesting and sorting, farmers pay pickers or day laborers 20% more than the average daily rate in the region — therefore, there is a third group benefiting here.

In turn, following its refined quality control processing standards, Los Volcanos has been able to improve the quality of the Nuevo Progreso coffee above its baseline scores. It has also been able to identify buyers for the SILC networks’ coffee.

Next year, Los Volcanes wants more volume, and the SILC network is asking why they haven’t been commercializing using this model for years. As the price of coffee continues to hover near rock bottom, it will be imperative that actors at origin, and further down the supply chain, continue to check assumptions and innovate to improve profitability.

Hi All,
Being goal oriented on coffee beans and use of coffee cherries themselves, I continue with experimentation and production of both uses of our favorite plant. I would like to buy small quantities of the cherry pulp taken from coffee beans, which we may both lend our thoughts on use. I prefer beans and cherry pulp in untreated states, meaning from plants not organic, not chemically cultivated in any way, just allowed to grew and hopefully picked with cherries ripe.

With a good relationship, I will share my knowledge of outcomes in research, with the right people with the goal or working together as long as possible. I can share more information with one or ones interested in our progression.

As an aside, I am a patent expert, currently pending on coffees, and may patent what we do with what for mutual benefits, if derived.