The Rubber Meets the Road for Bikes & Coffee in Detroit 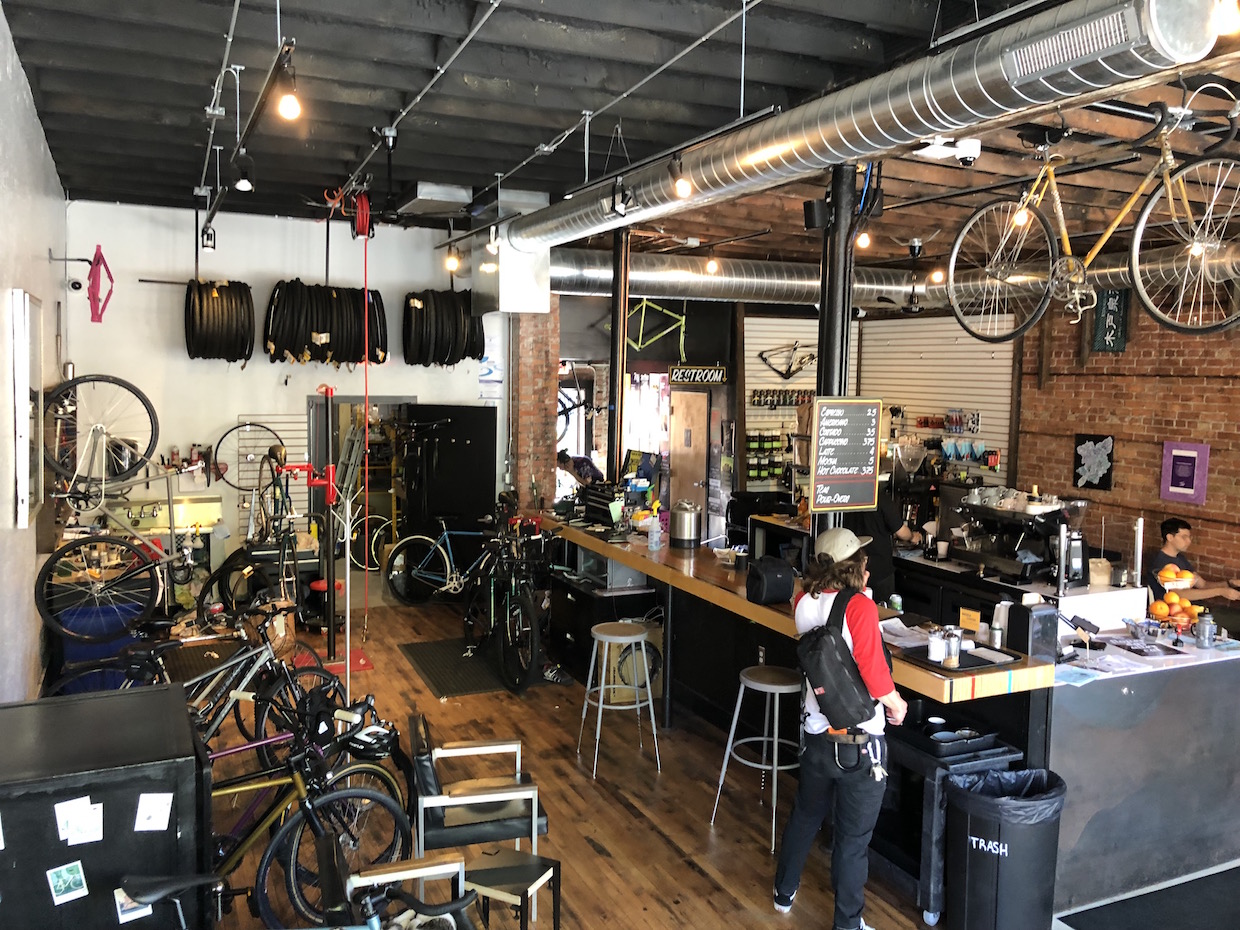 As its name might suggest, the Motor City isn’t exactly a bicyclists’ haven.

But along with the influx of new residents to Detroit’s central neighborhoods, more bikes have been appearing on the city streets, right along with a wave of new coffee shops.

Nowhere is this example more literal than at Bikes & Coffee, a retail shop founded by Michigan native Benjamin Kehoe. Opened last October, the multiroaster cafe and bicycle repair shop can be one or the other, or both, while also surrounding guests with a selection of works from local artists. 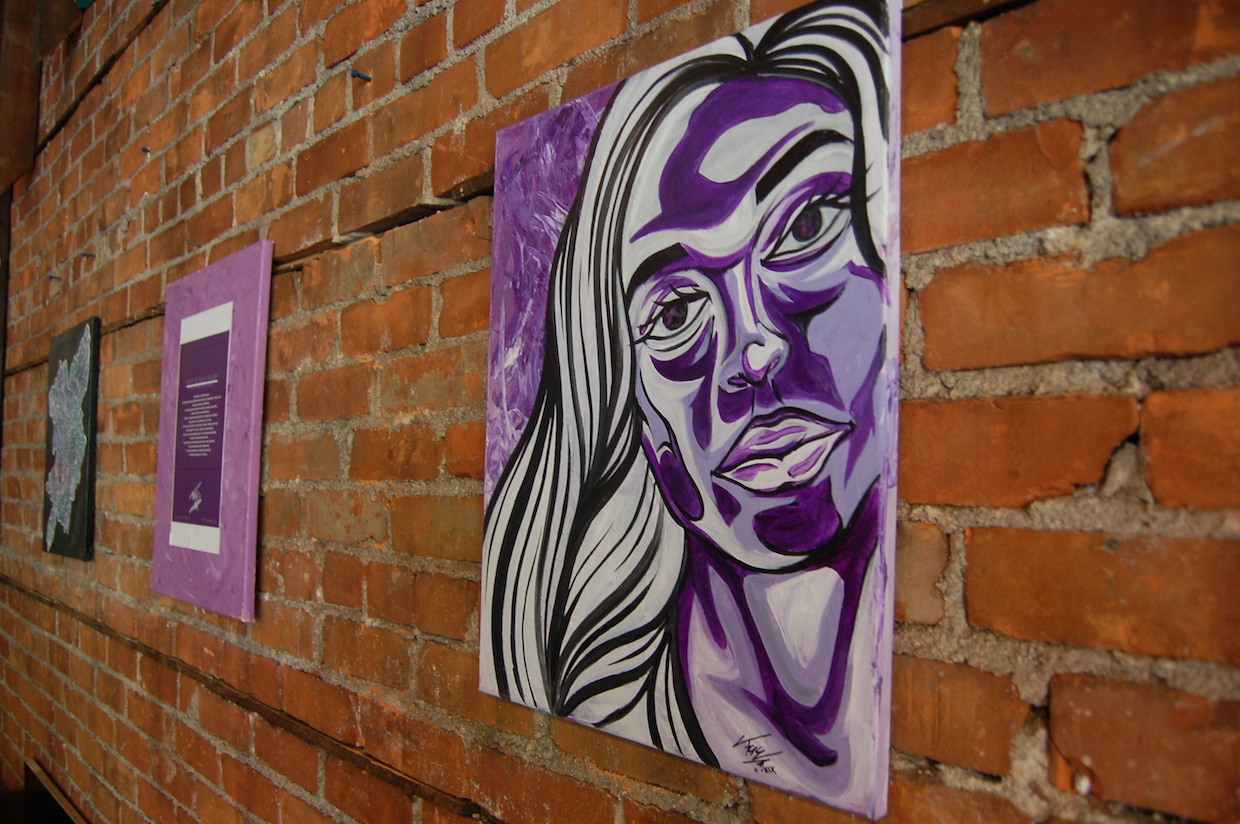 Kehoe dreamed up the concept while on a bicycle trip in the Pacific Northwest in 2014. He had been working as a carpenter and as bicycle mechanic for several years, and thought perhaps the niche hybrid might work well in Detroit.

“Detroit isn’t really a biking city, but that’s slowly changing,” Kehoe recently told Daily Coffee News. “I know a ton about bikes and I have a deep passion for coffee.”

Kehoe turned to the local BUILD Institute, which supports Detroit-based startups, and submitted a business plan for the retail shop. Initial funds from BUILD and the business incubation program Motor City Match allowed Kehoe to secure a 1,400-square-foot space near the main campus of Wayne State University. 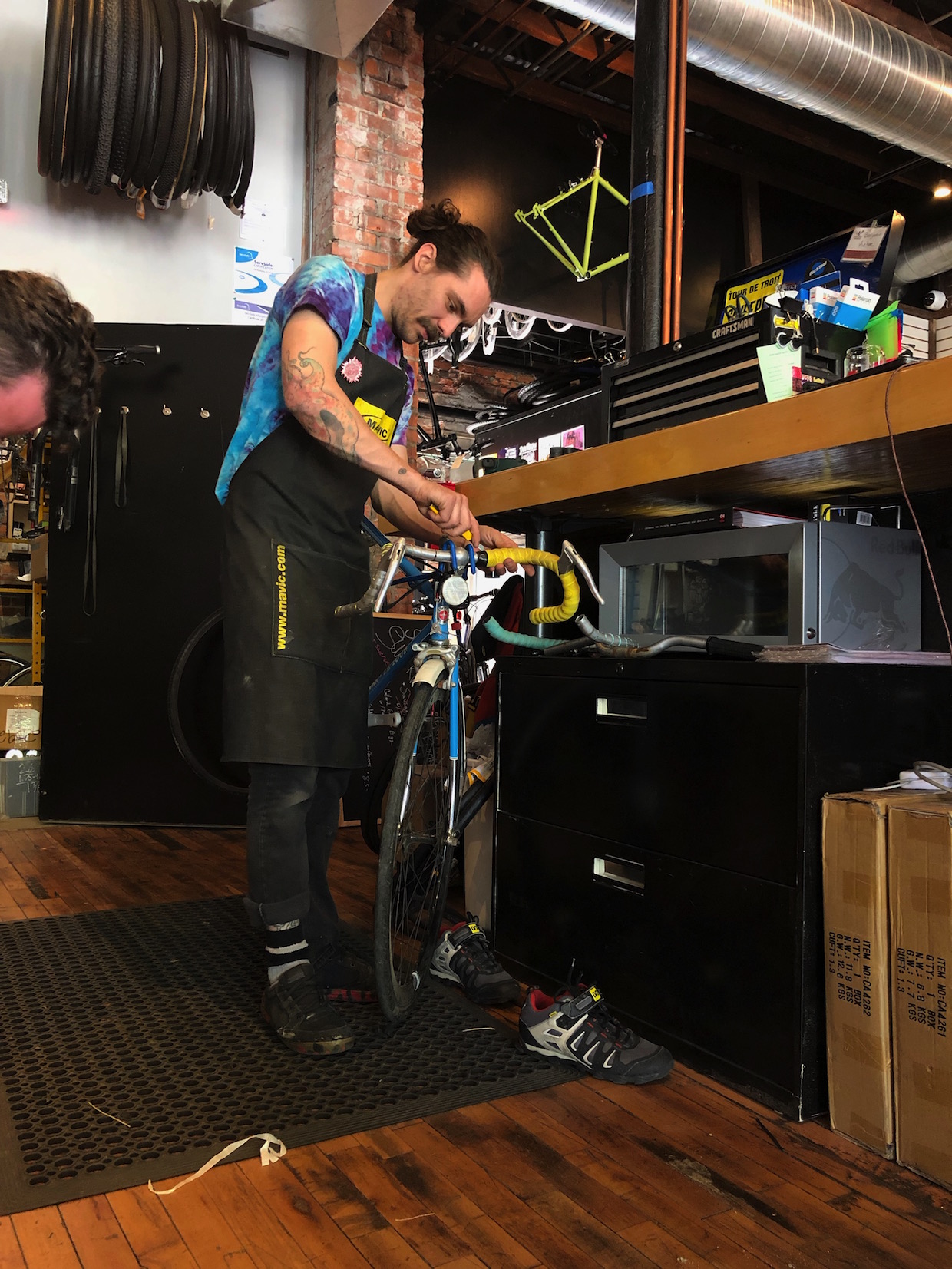 Leaning on his carpentry background, Kehoe spent three years building out the cafe. Kehoe told DCN that he designed the space to be flexible in order to accommodate the uptick in bike repair business that comes with warmer months.

Said Kehoe, “I found a good balance for coffee equipment and bicycles but I’m always looking to grow the space and improve it for my staff and my customers.” 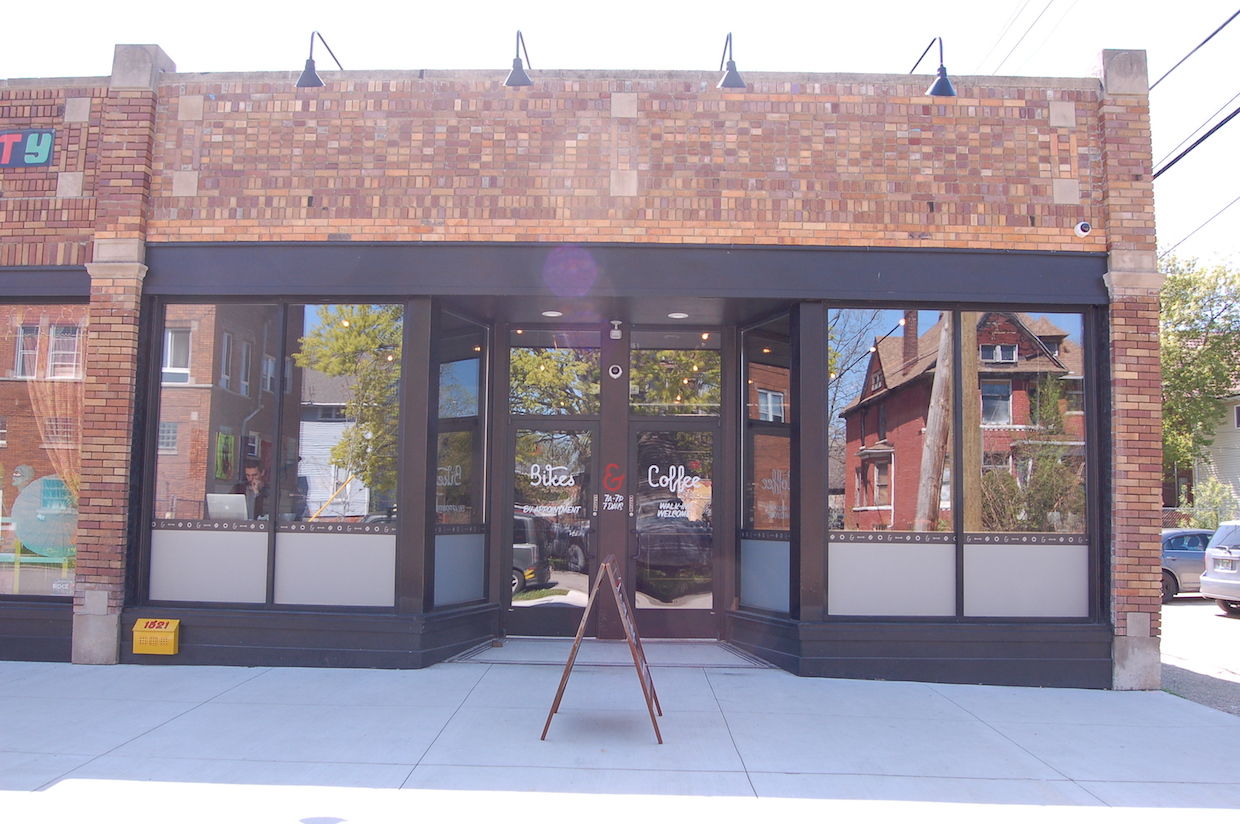 The coffee bar divides the space, with an extra thick, work-surface-like wooden bar-height counter on one side and lower seated tables on the other. Front window counter seating also features the extra thick tops with cycling-inspired colored stripes. 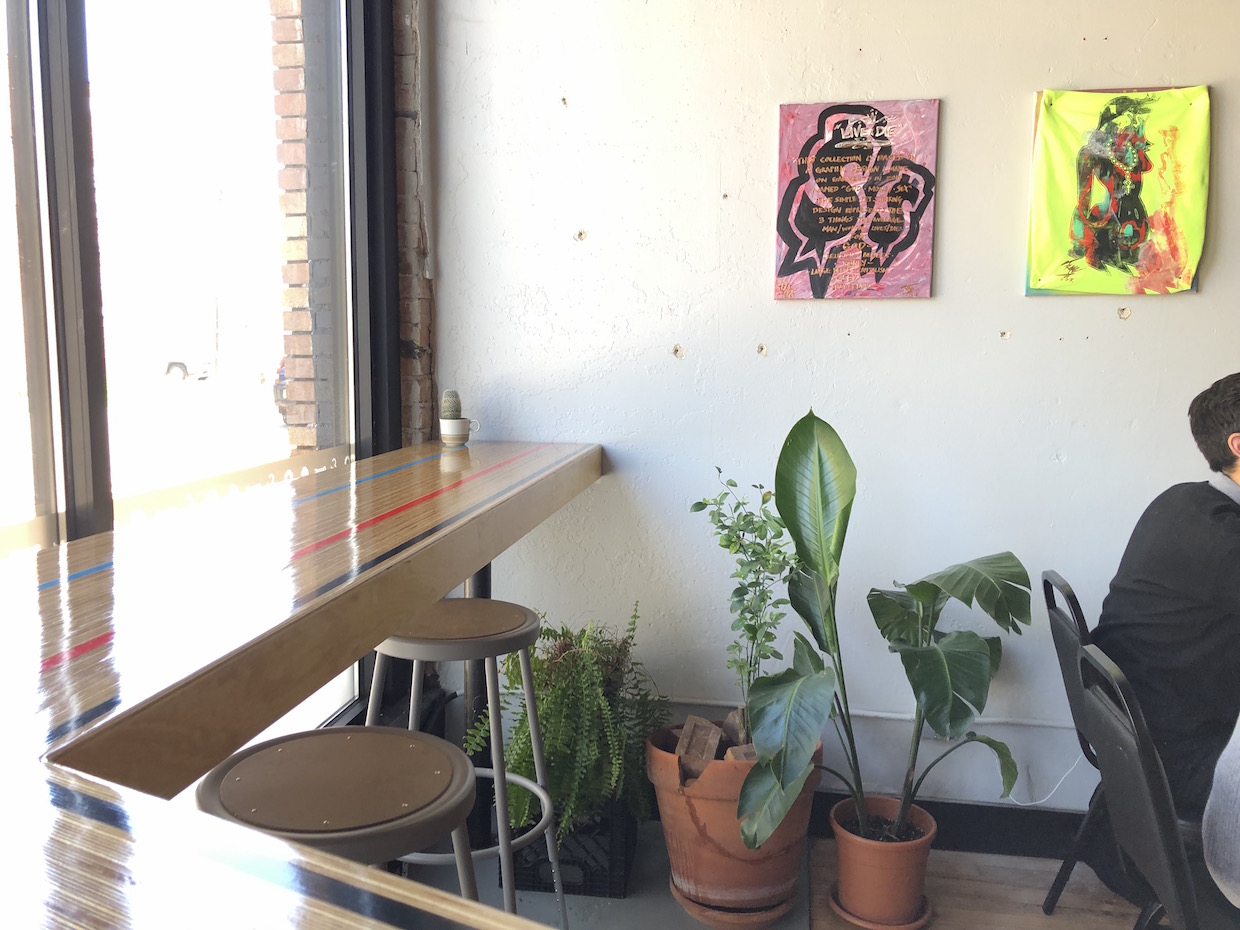 Kehoe enlisted the help of his longtime friends at Michigan-based Ramped Construction to build the countertops, which resemble the wood flooring of an old-school bicycle velodrome. Succulents, ivy and art by local artists are dispersed along the exposed brick walls. Kehoe said new artists will be featured on a monthly basis, culminating a show every December including all 11 artists from the year gone by. 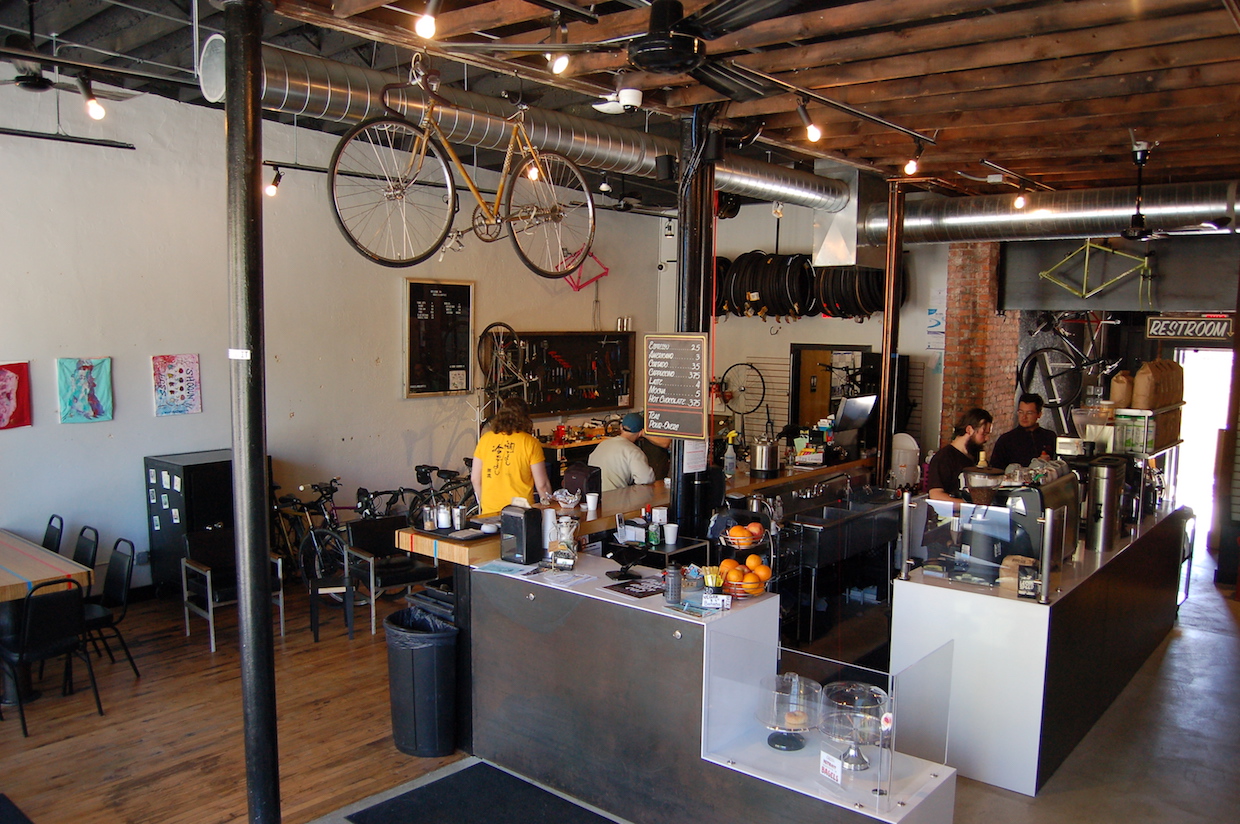 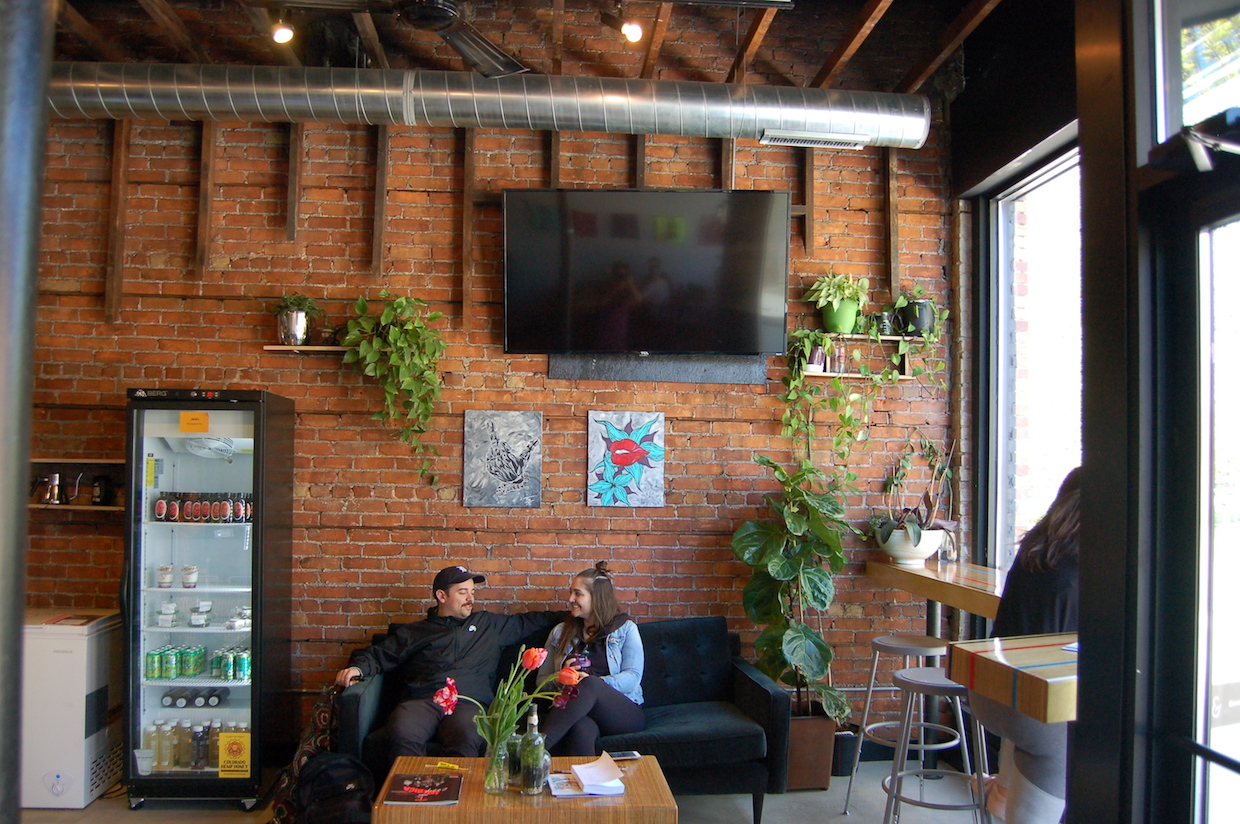 Pastries and food are supplied by local Michigan vendors, including Detroit Bagel Institute, and Gonanas. There are also freshly made breakfast burritos on the weekends. There is free wifi and a large flat screen nestled among the ivy reserved for bike races and other local happenings. On most days, Kehoe’s shop cat, Port, can be found napping amidst a display of repaired bicycles. 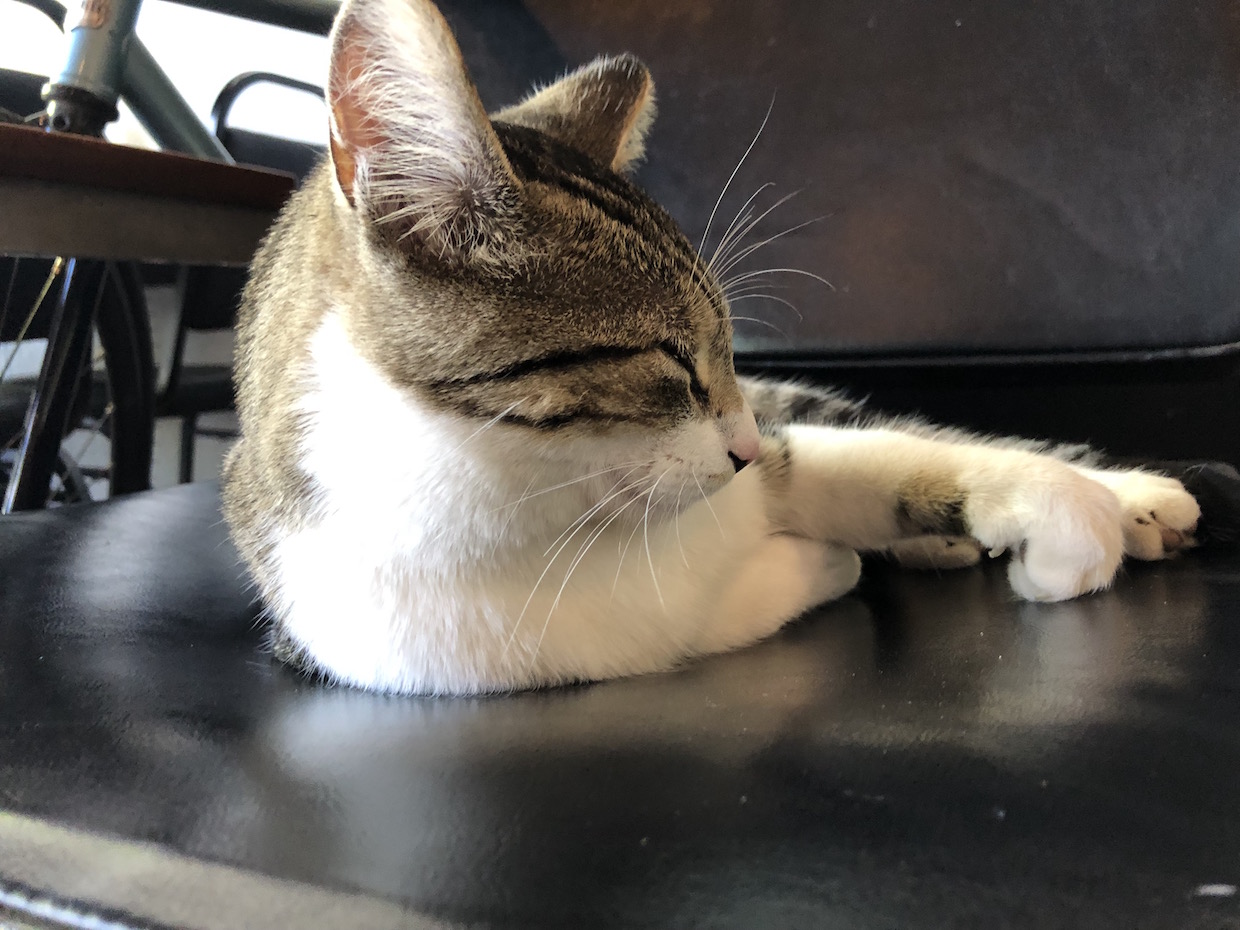 Bikes & Coffee is located at 1521 Putnam Street in Detroit.

(Editor’s note: This post has been updated to clarify initial funding sources for the business, and to correct the name of the shop’s cat, Port.)