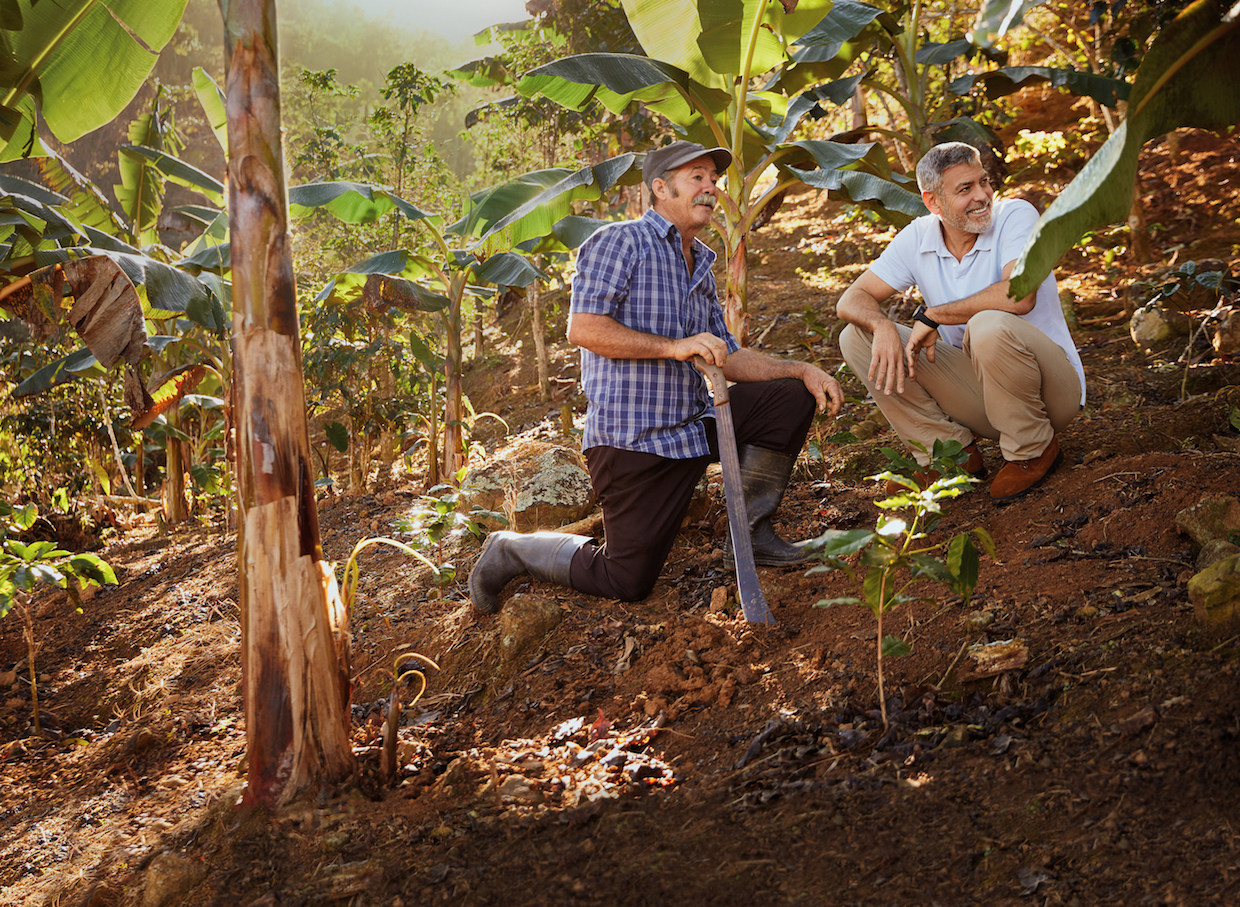 Nestle-owned Nespresso has announced plans to commit $9.8 million dollars over the next five years for a sustainability effort with related coffee products called Reviving Origins.

To this point, the effort is focusing on three specific local coffee-growing regions — in Zimbabwe, Colombia and Puerto Rico, respectively — which have historically produced coffee, yet have struggled to thrive in recent years due to some combination of political instability, market forces, natural disasters or conflict.

Nespresso has already made millions of dollars’ worth of development investments and purchases in these regions, while the Reviving Origins program promises to extend the pod giant’s purchasing presence at each.

Nespresso has enlisted the service of longtime brand ambassador George Clooney — who recently toured coffee farms and met with farming families in Puerto Rico — to help promote the program. Last year, the company joined several other global giants in donating funds to help revive the coffee sector in Puerto Rico following Hurricane Maria. Nespresso’s $1 million pledge supported the work of the Hispanic Federation on the island.

Nespresso said it will be selling a limited amount Reviving Origins Puerto Rican coffees in September of this year.

As with the initiative in Puerto Rico, the Reviving Origins efforts in Zimbabwe reflect existing Nespresso investments in those coffee-growing regions.

In September of last year, Nespresso announced plans to purchase 95 percent of all the “high-quality” coffee grown by Zimbabwean smallholder farmers from the 2018 crop. The purchase was part of a longer-term investment, involving $1.25 million in programming expenses in the Zimbabwean coffee sector being led jointly by Technoserve.

The groups are focusing their efforts in the Manicaland Province in Eastern Zimbabwe, helping to promote sustainable farming practices and processing infrastructure for the revival of Arabica production. The resulting product, available now, is called Reviving Origins Tamuka mu Zimbabwe, which Nespresso describes as “bursting with complex fruitiness and zesty acidity, with notes from cranberry to red berries, and currant to grape.”

In Colombia, Nespresso’s efforts, jointly led by Colombia’s Federacion Nacional de Cafeteros (FNC), have been focused on the Caquetá department, where coffee production was severely impacted by decades of armed conflict prior to the 2016 peace agreement.

Nespresso announced its intention to vastly expand its sourcing efforts in Caquetá in 2017 as part of a much larger commitment to Colombia signed by Nespresso and the FNC signed in 2012. Through its in-house AAA Sustainable Quality Program, Nespresso agronomists have been providing training and education to hundreds of smallholder farmers in the region.

Now on offer from Nespresso’s relationships in Caquetá is the Reviving Origins Esperanza de Colombia coffee, described as “beautifully balanced and rounded, and has aromas of yellow fruits, with a hint of a cereal note.”

Its called disaster capitalism. Nespresso is together with coca cola in this. They dont care about PR