From Honduras to Georgia: Farming Forms the Soul of Alma Coffee 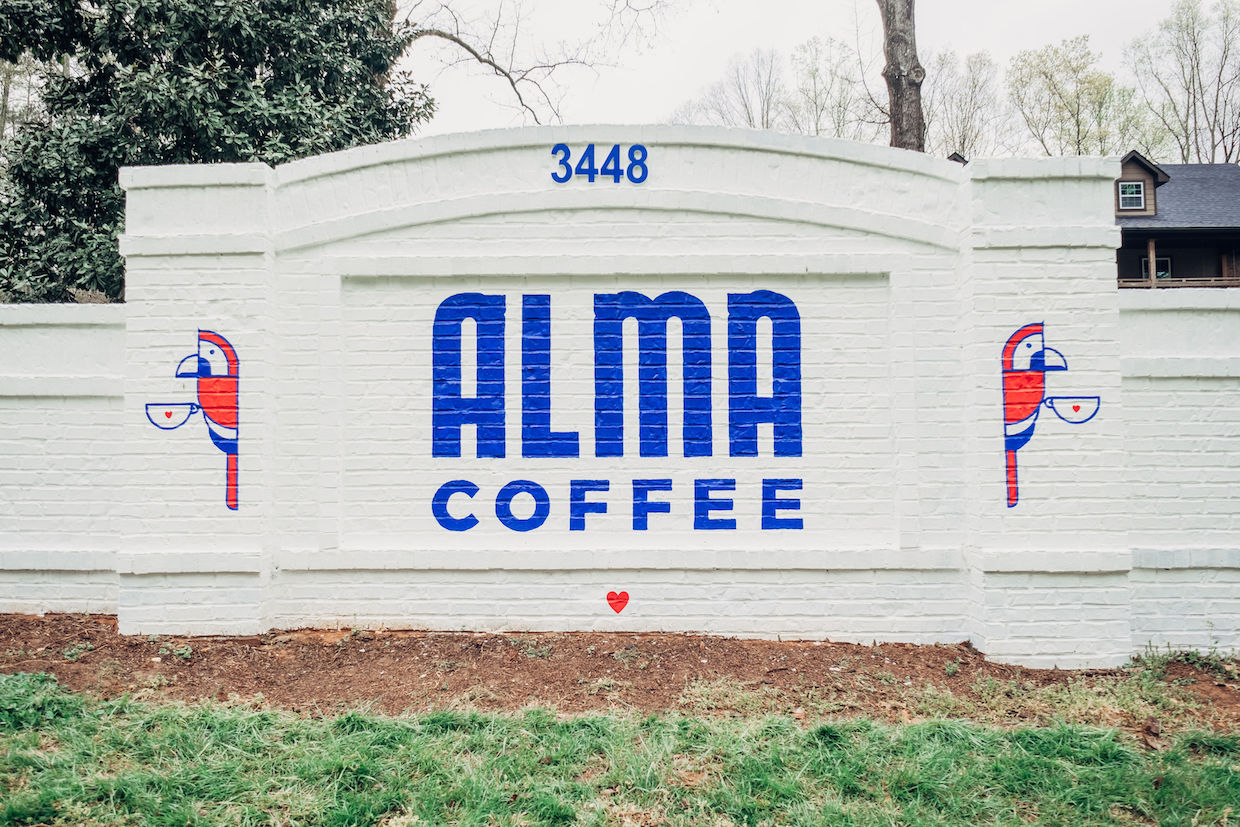 At the Alma Coffee roastery and warehouse in Holly Springs, Georgia. All photos courtesy of Alma Coffee.

Georgia-based coffee farming, importing and roasting company Copan Coffee Roasters has officially rebranded to Alma Coffee. Though the name is less straightforward in a literal sense, the spirit of the company has never been more clear.

“We’re from Copán [Honduras], and we’re roasting coffee. We thought, ‘Perfect name! People are going to love it,'” Alma Coffee Co-Owner Leticia Hutchins recently told Daily Coffee News. “We soon found out that no one knew where Copán was.”

Hutchins said some customers would forget the name, while others had trouble pronouncing it. The logo — an outline of the shape of Honduras, with a coffee cup in the western region indicating the location of the family farms that grow the company’s coffee — was also met with confusion. 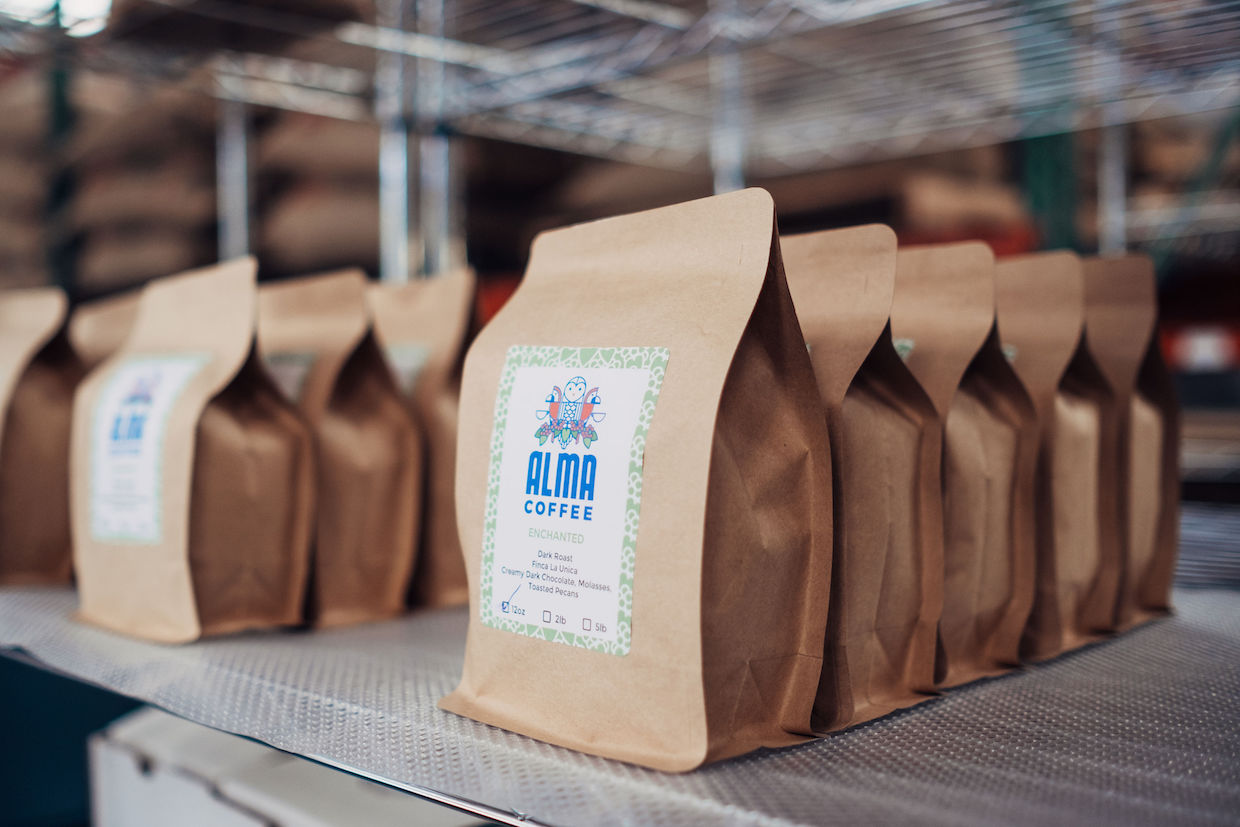 “People thought that it was a coffee stain,” said Hutchins. “Again, it was not really telling our story, the difference we’re trying to make: direct from farmers, roasting locally, all the good stuff we’re trying to do.”

So the company, which operates its own farms in the Copán region while sourcing from others, partnered with branding artist Tom Cox in coming up with a new name, symbology and colors that now succeed in driving the story home.

Alma, the Spanish word for “soul,” is now represented visually by three birds, one for each owner: Leticia Hutchins, her husband Harry Hutchins, and Leticia’s father, Al Lopez. The dominant colors of blue and white are the colors of the flag of Honduras. One of the birds is a barn owl, representing farming, and the other two birds are scarlet Macaws, the state bird of Honduras. 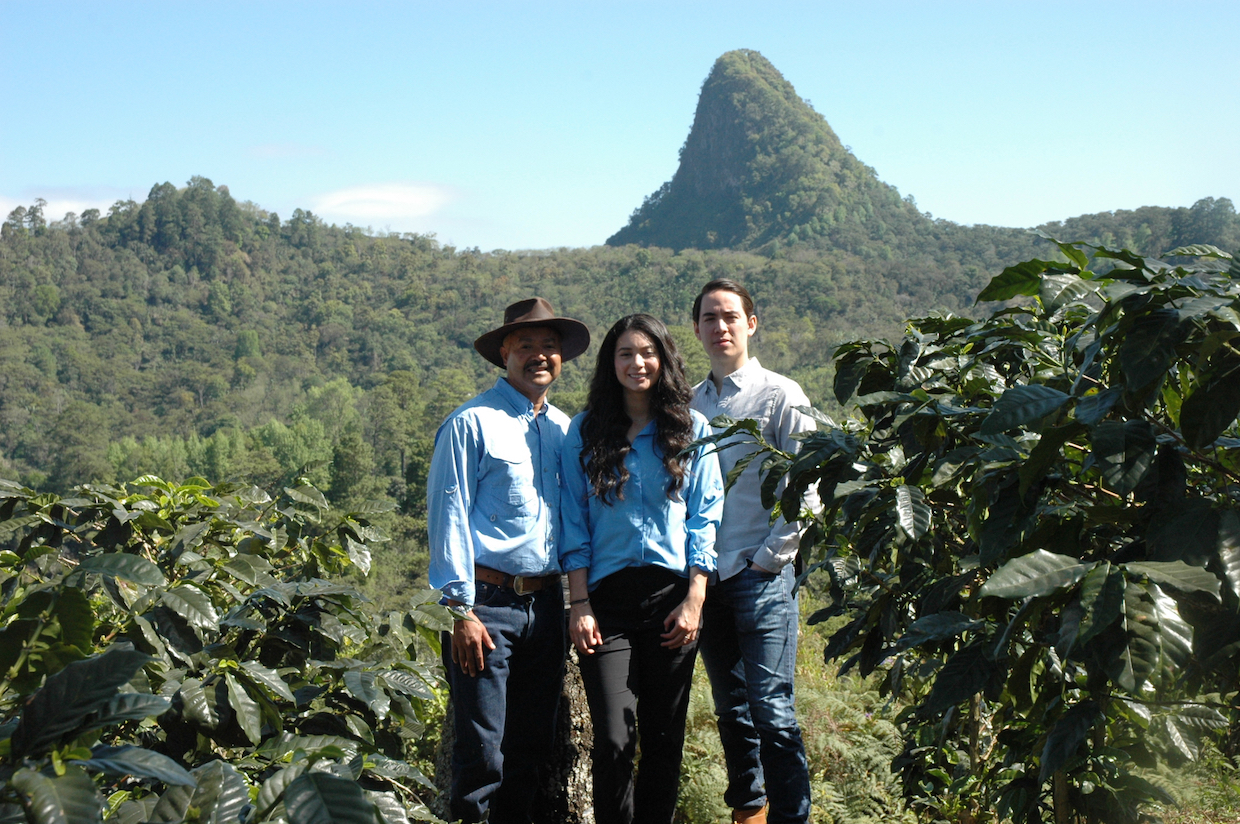 Al Lopez and Leticia Hutchins represent the fourth and fifth generations, respectively, of their family’s connection to coffee farming in Copán. Now with Alma as the stateside importing and roasting company, their mission is to improve the lives of Honduran coffee farmers while promoting and raising the profile of the coffees they produce. In the new logo, ripe and unripened coffee cherries further symbolize the company’s direct connection and commitment to coffee production.

“My wife and I, when we started this business, we were formerly accountants,” Harry Hutchins told DCN. “We went from bean counters to bean counters. When we were at our corporate careers, we saw the difference that we could make at origin for farmers. With coffee prices the way they are, we saw that if you connect roasters to the farmers at origin, we can get not only a more efficient supply chain, but at the end of the day, a more ethical supply chain.” 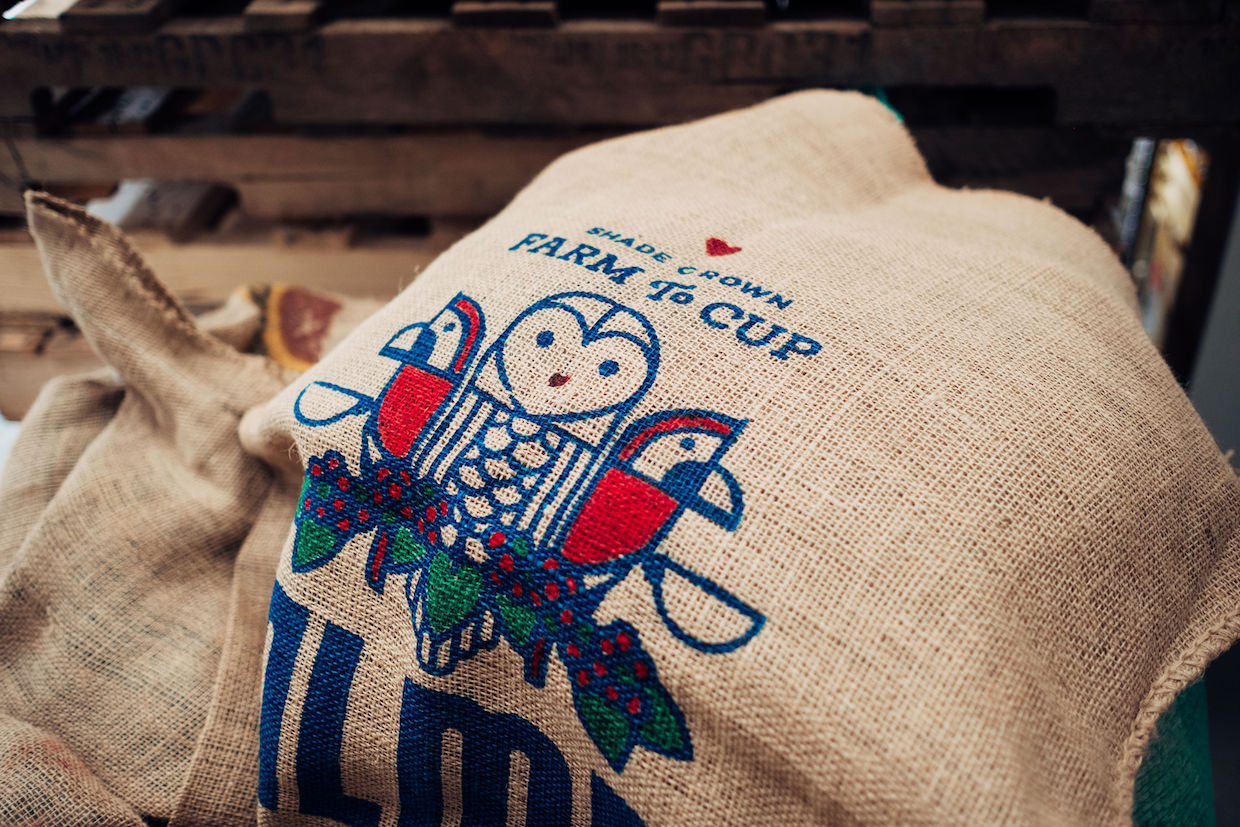 Alma Coffee is importing green coffees to roast and to sell to other coffee roasters.

Alma Coffee Roasters partners with farmers in an arrangement the company calls “Almadoption.” Alma “adopts” a farm by buying the farm’s projected annual output up front.

“When we’re down at origin, we buy it locally,” said Harry Hutchins. “We own it. We give them the cash up front to make sure they can use it for their operation. Then it’s up to us, we take on all the risk to find that coffee a home.”

Alma roasts what it can on a Loring roaster named Loralai that went live in the company’s roastery in February, then finds other buyers in the United States for the remainder of the green coffee. 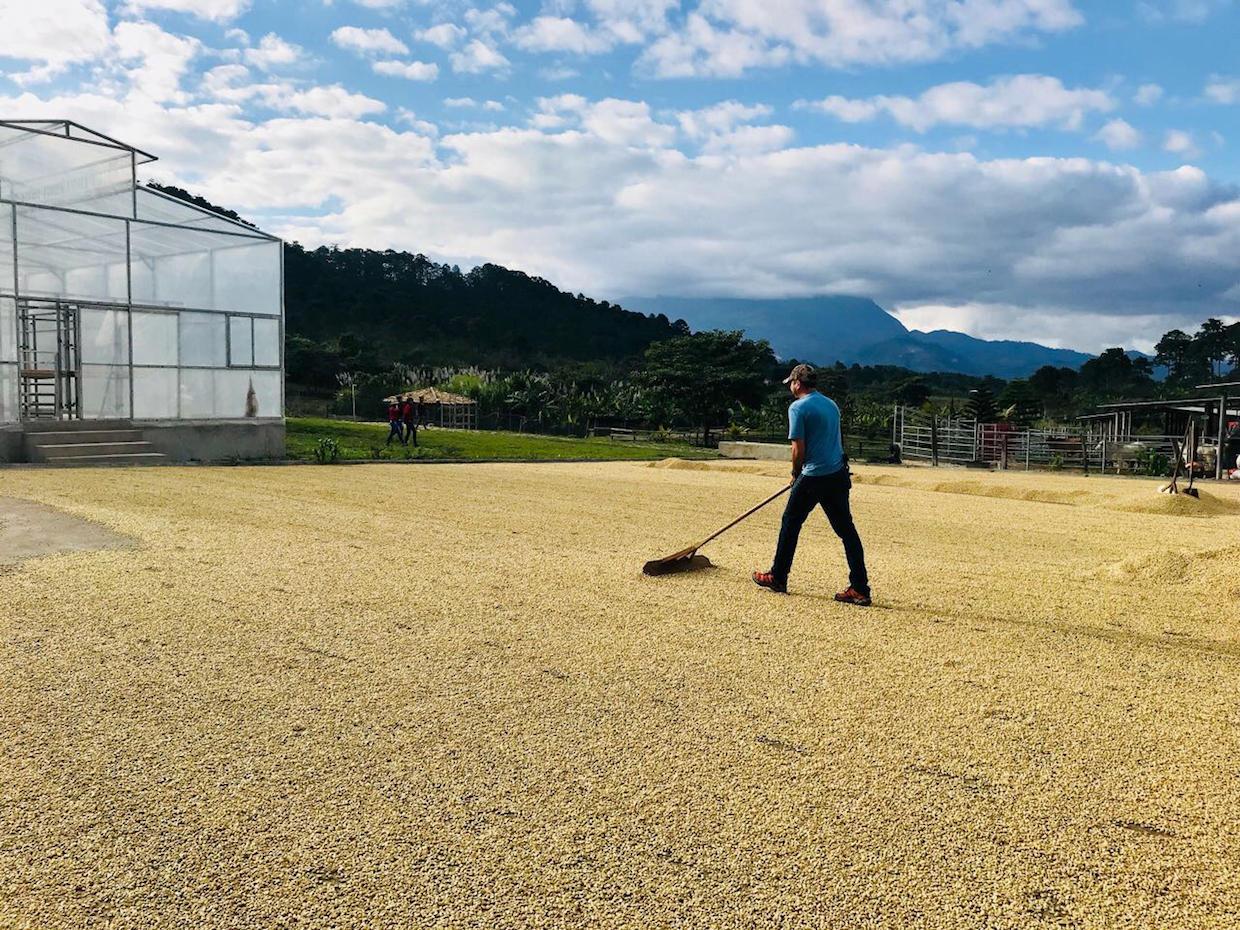 A drying patio at Alma family farms in Copán, Honduras.

As time goes by the company hopes to continue scaling its progressive sourcing model to help additional farms in other regions and countries, though for now its focus is on showcasing the wide range of flavors and processes available from Honduras alone.

“On our farm, we’ll have a wet wash, a natural, a honey, all from the same farm, all the same variety, but with different processes once it’s picked off the tree,” said Harry, adding that the result is “extremely interesting and enlightening for customers that have never tried them side by side.” 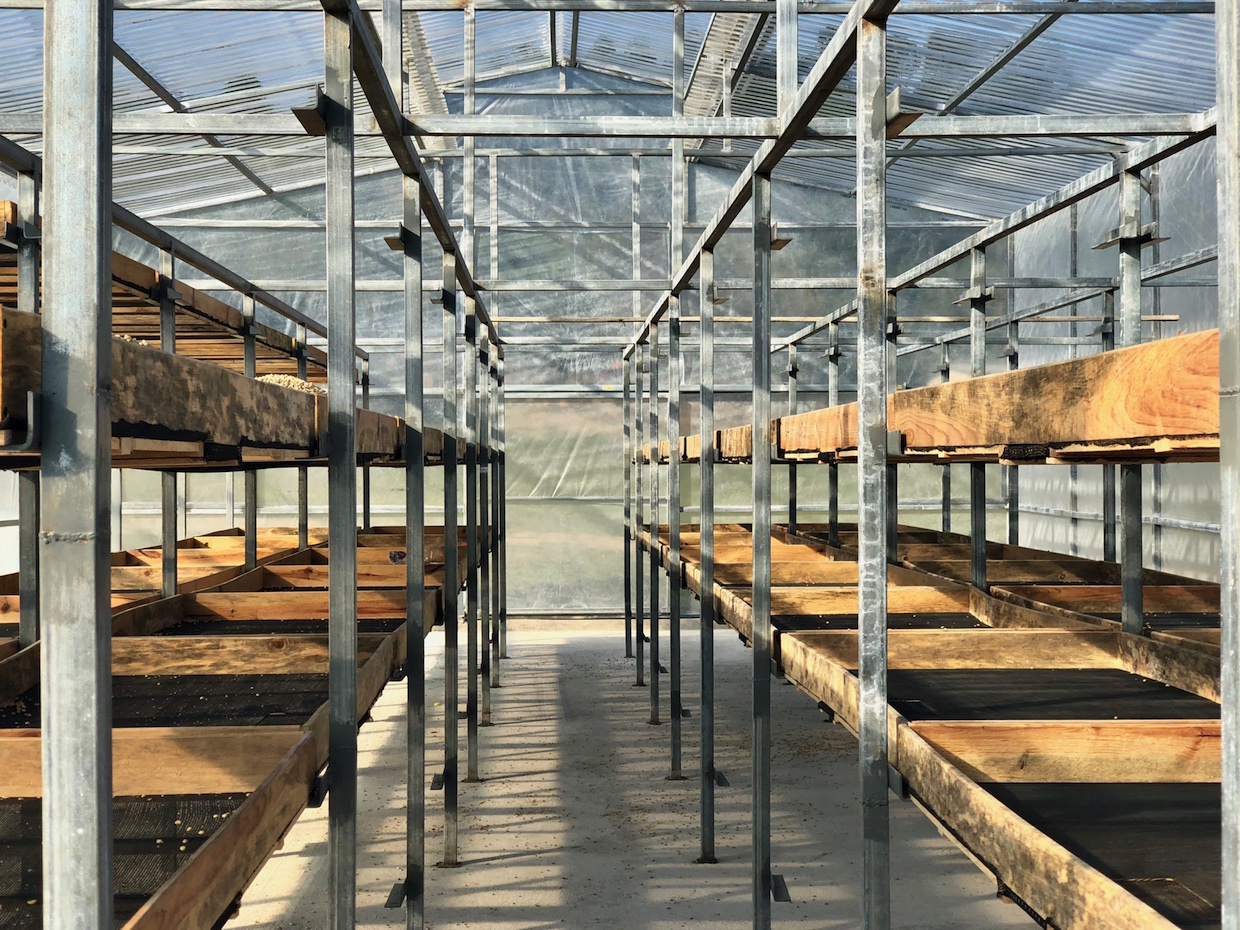 Al Lopez, a former corporate executive and U.S. military veteran, spends about 40 percent of the year in Honduras. Harry and Leticia Hutchins head down four or five times per year, particularly during the harvest months between November and February.

“We have our own quality lab in the middle of our farm,” Lopez told DCN. “Harry especially spends a lot of time there. A lot of the neighboring farms come over with their coffees, they want to have them cupped by Harry. We do a lot of good for the rest of the farms down there, as well.”

Back in the U.S., Alma’s first cafe is slated for opening next month at The Circuit, a facility in downtown Woodstock, Georgia, that is both a co-working space and the Chattahoochee Technical College’s student center. 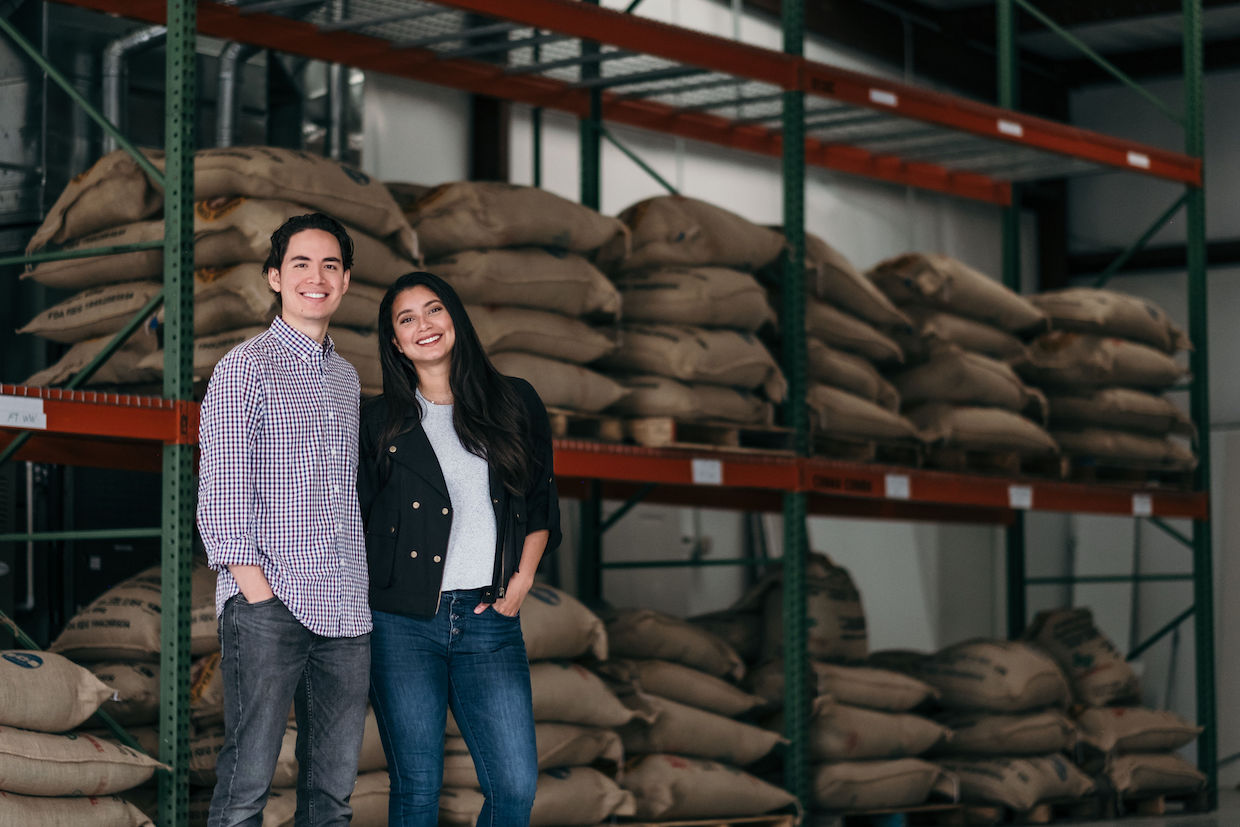 A 2-group Slayer Steam EP espresso machine, Fetco Twin batch brewer and Mahlkonig grinders are already perched and ready to go. About a year from now, the company hopes to have a second retail location open in the building next door to its Holly Springs roastery. And through it all, the soul of Alma remains just as much on the farm, be it their own, their neighbors’ or anyone else’s.

Said Leticia Hutchins, “If we don’t care about farming, then this whole industry could disappear.”