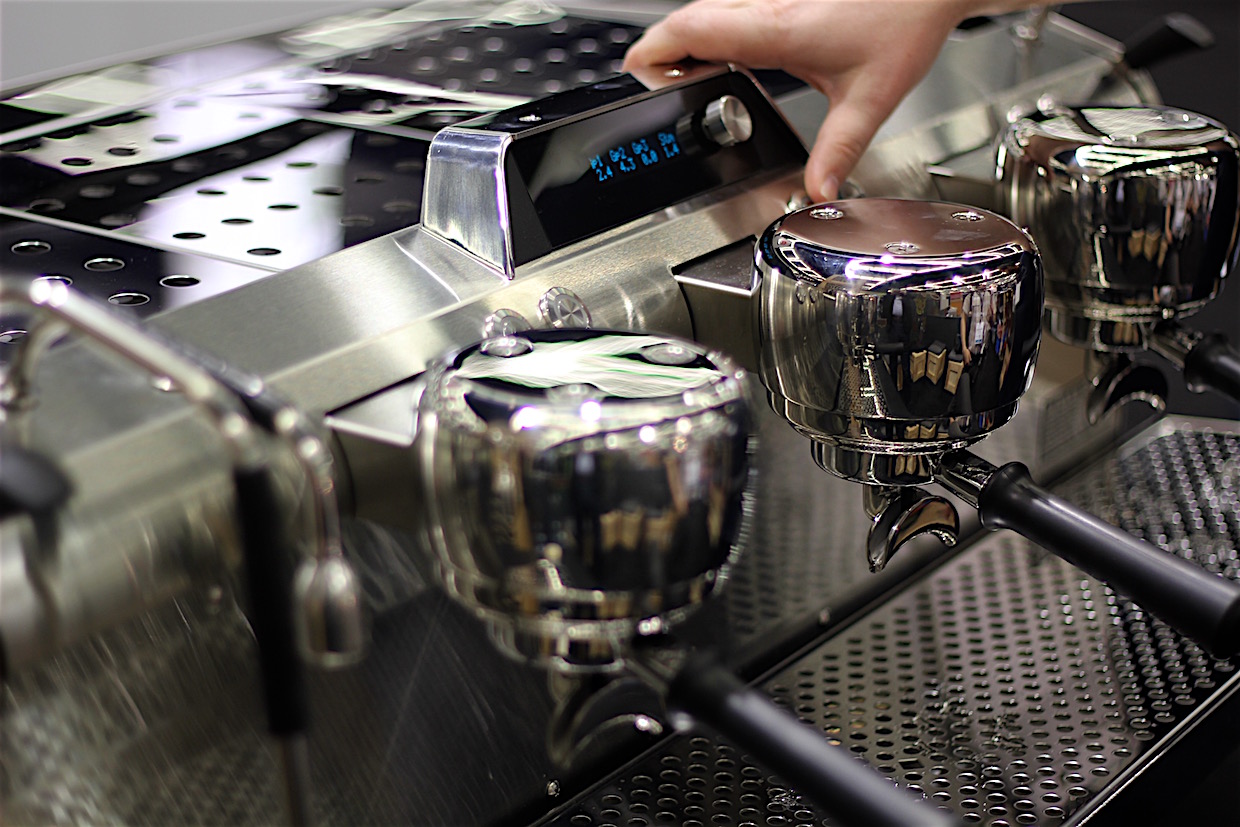 After more than a decade of establishing its foothold at the high end of commercial espresso machinery, and now in the immediate wake of its acquisition by Gruppo Cimbali, Slayer has dropped the needle on a new marketing initiative highlighting two new machines that extend the Slayer Steam line.

With the speed- and volume-oriented, milk-focused Slayer Steam machine as the technological template, and the world of music and vinyl records as its marketing angle, Slayer took advantage of the recent SCA Expo in its hometown of Seattle last month to launch the Steam LP and Steam EP, showing off the new hardware both at its elaborate Expo booth and with a party at the new Slayer Studio facility, which now houses its showroom, training lab and marketing department. 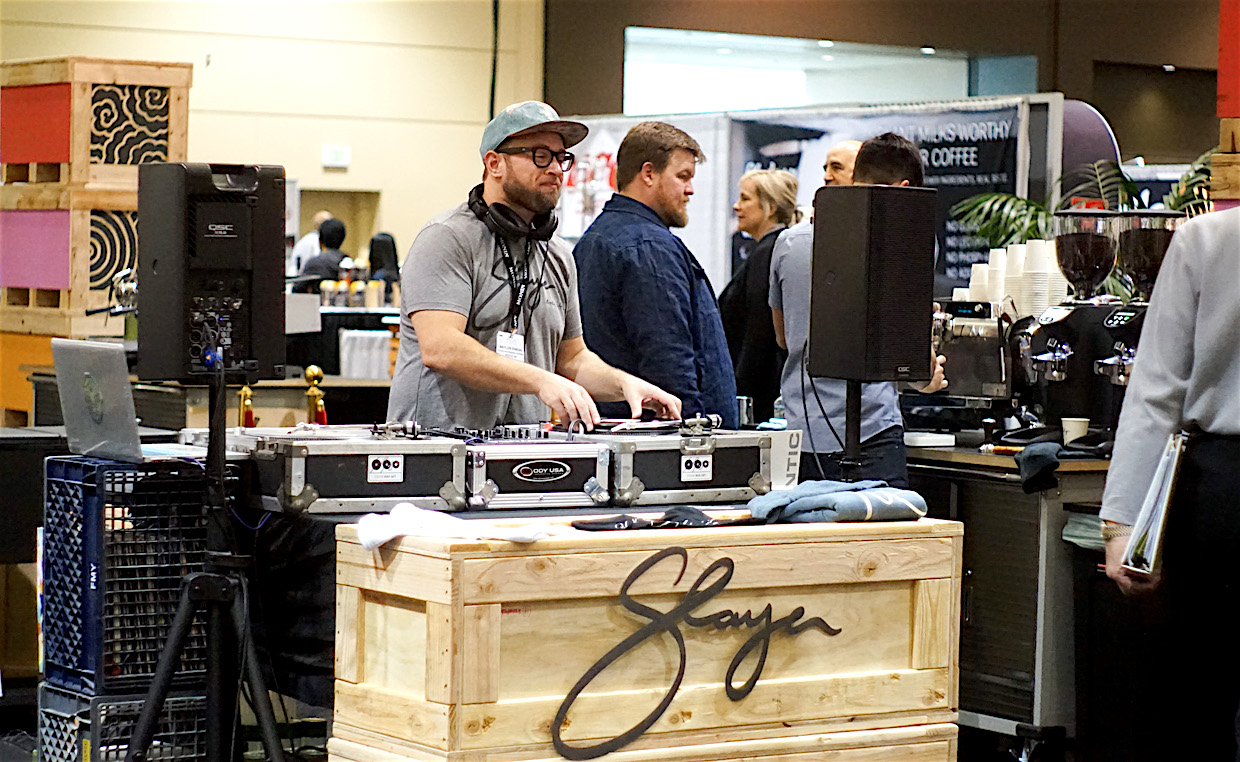 With more space now free on the company’s Seattle factory floor for manufacturing, Slayer is steadily rolling out what it calls a Box Set of new Steam variants. The Steam X launched roughly six months ago; pre-orders for the Steam EP opened last month over the Expo weekend; and the Steam LP is slated to launch in the latter part of 2018.

“We’ve decided to expand on the Steam line because it’s been a very big success for us over the last two years,” Slayer VP Business Development Brandon King told Daily Coffee News, describing the Steam X as having become “the workhorse that everyone was looking for, from Slayer.” 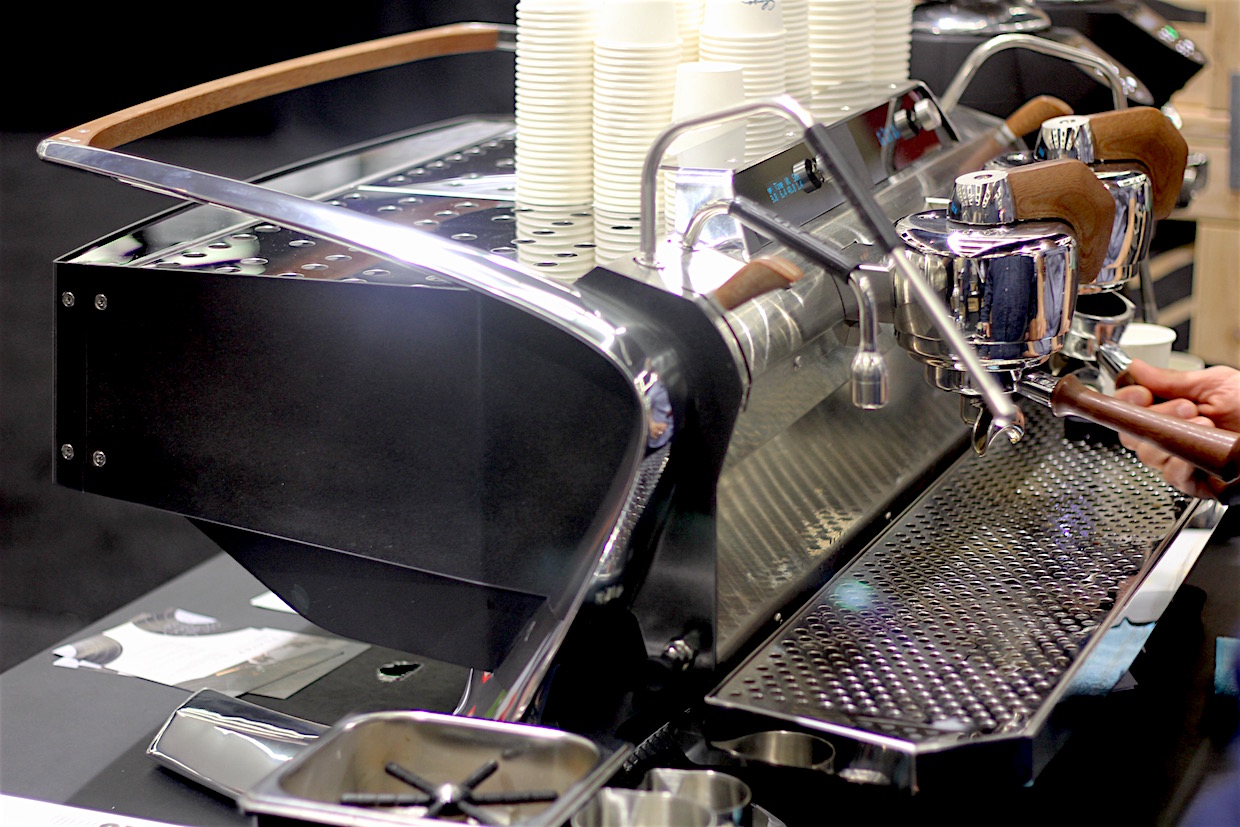 The Steam X is, according to King, essentially the same as the original Steam machine but with a more conventional steam apparatus as opposed to one equipped with the original Steam’s groundbreaking Vaporizer technology, which King said some users reportedly found challenging to adopt given subtle operational differences.

Because the high heat of steam created by the Vaporizer system called for a different configuration in its valve assembly, the machine by design would continue to emit steam for a second or two after closing the valve, which ultimately ran counter to some baristas’ expectations, according to feedback received by the company. So rather than ask baristas to meet the needs of the machine, King said Slayer opted instead to put Vaporizer-equipped Steam machine sales on hold until a new valve design is achieved, and in the meantime launch a variety of new machines that fall more squarely than ever in line with the demands baristas and managers experience in high-volume, milk-heavy cafes. 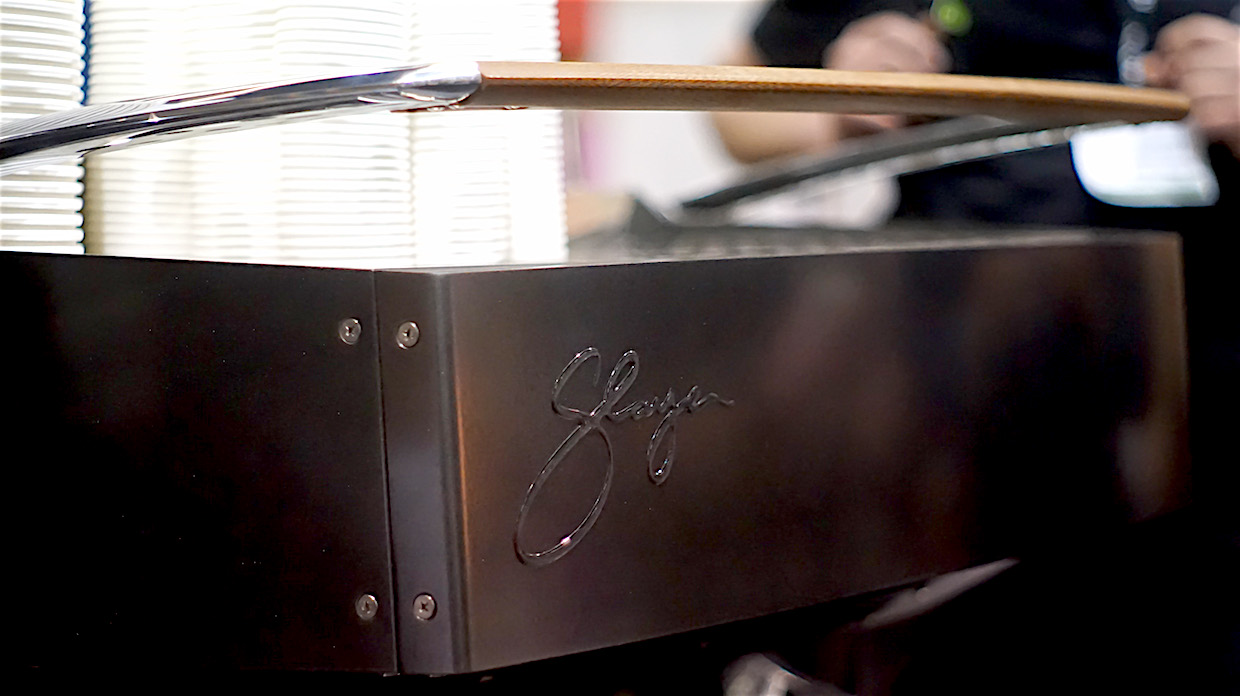 All three new Steams come with a standard nine-bar pump, variable volumetrics, independently PID-controlled brew tanks and the signature exterior design. All include built-in shot timers as well as easy access to shot histories and managerial data such as cleaning and maintenance records and requirements.

The LP comes in with programmable preinfusion that’s 10 seconds long, in addition to such Steam X features as more color options, different materials, an after-shot auto-purge feature, and an advanced algorithm in its volumetric system that allows baristas to program shots by weight without involving an actual scale — a feature King described as “100 percent accurate.” 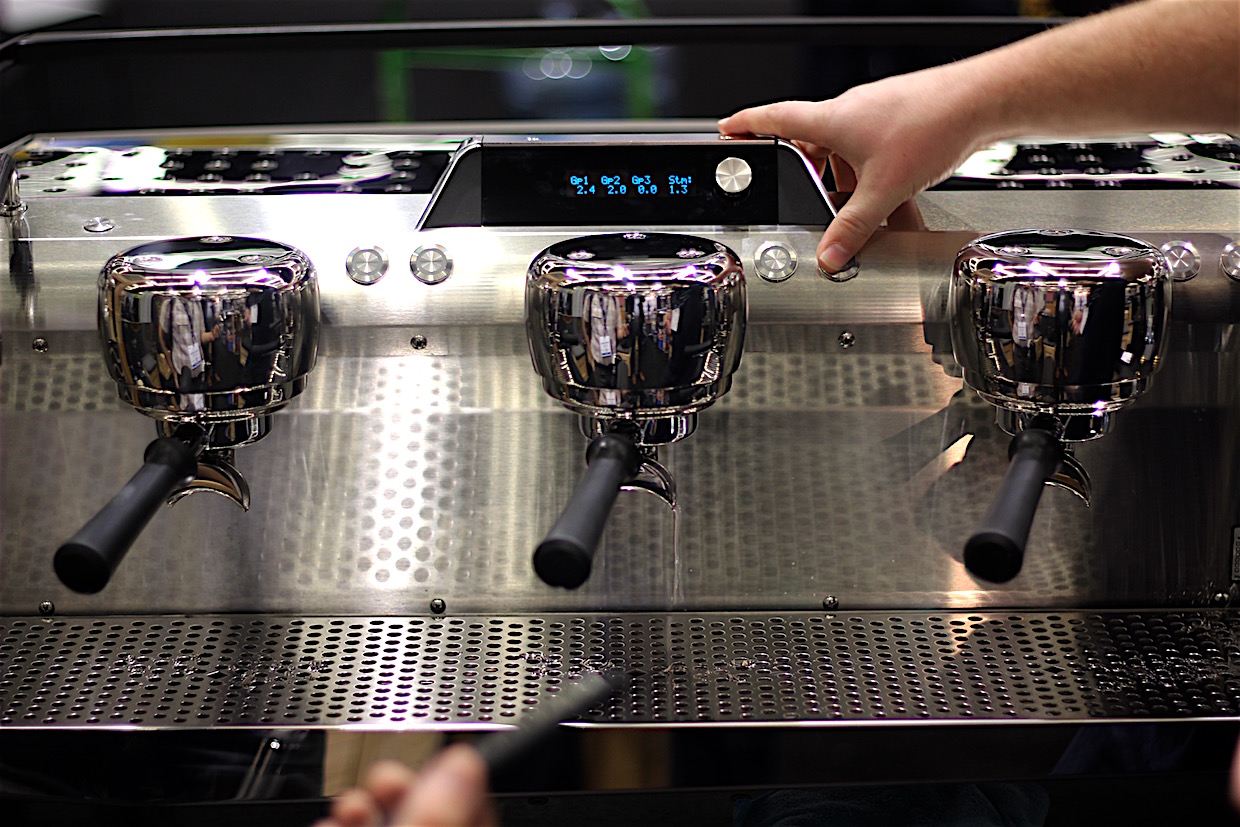 The relatively pared-down Steam EP, which launched at the Expo, is the first Slayer machine to feature push-button group activation, with buttons situated high on the working face so that baristas can reach in from clear space above rather than navigate in between groups where space is tight. The EP offers four volumetric settings per machine, and it’s the only machine to offer four different programmable four-second pre-infusion options per group.

Importantly, with its more familiar push-button interface, its auto-volumetrics and its more accessible price point, the Steam EP is also intended to be a machine that wholesalers can offer to clients whose coffee programs may not be as detail- or craft-obsessed as would be the intended target of a Slayer Espresso or classic Steam machine. 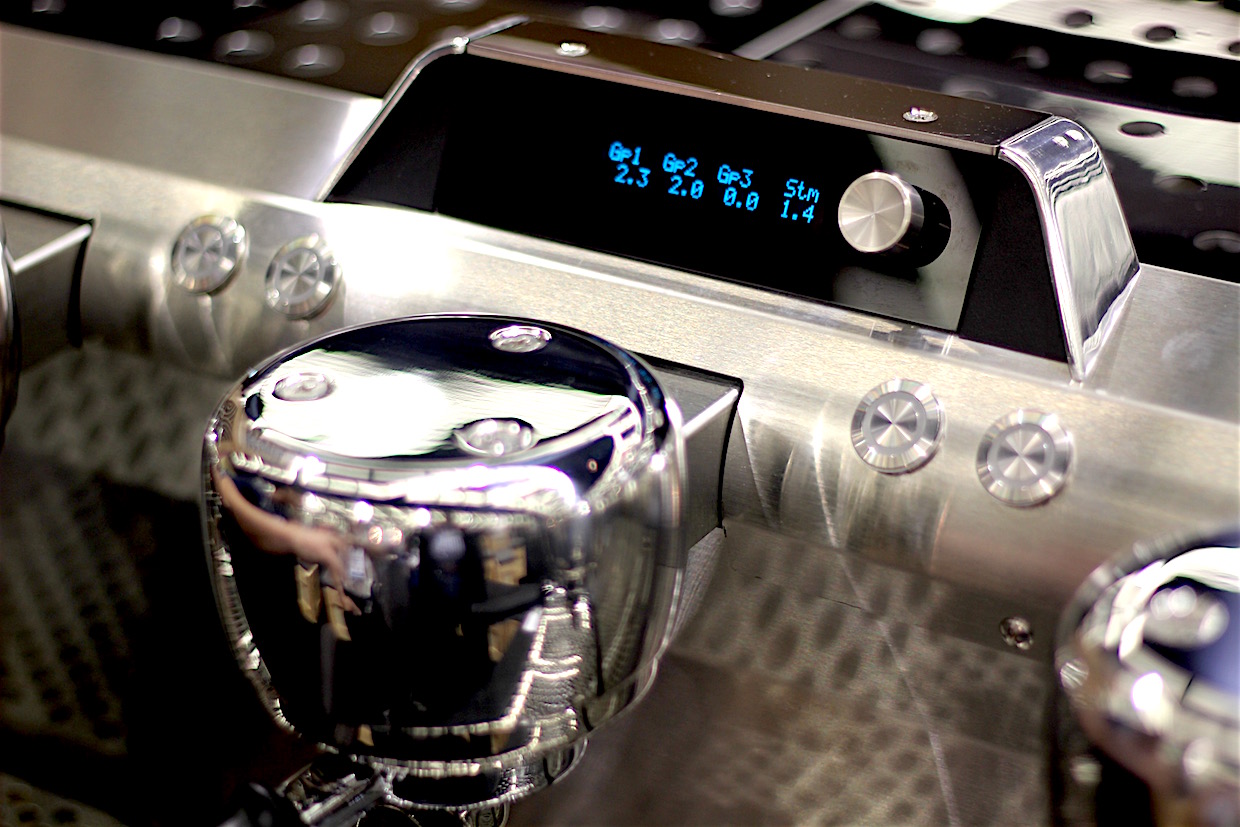 “This machine is an answer for multi-outlet cafes and wholesalers that are selling 40, 50, 100 machines a year,” King said. “They want an even platform.”

With its new music-oriented marketing strategy, Slayer hopes to emphasize its focus on providing tools that unlock creativity, quality and craft — the art of coffee, as it were — even as it rolls out machines that prize efficiency, volume and consistency on even footing. 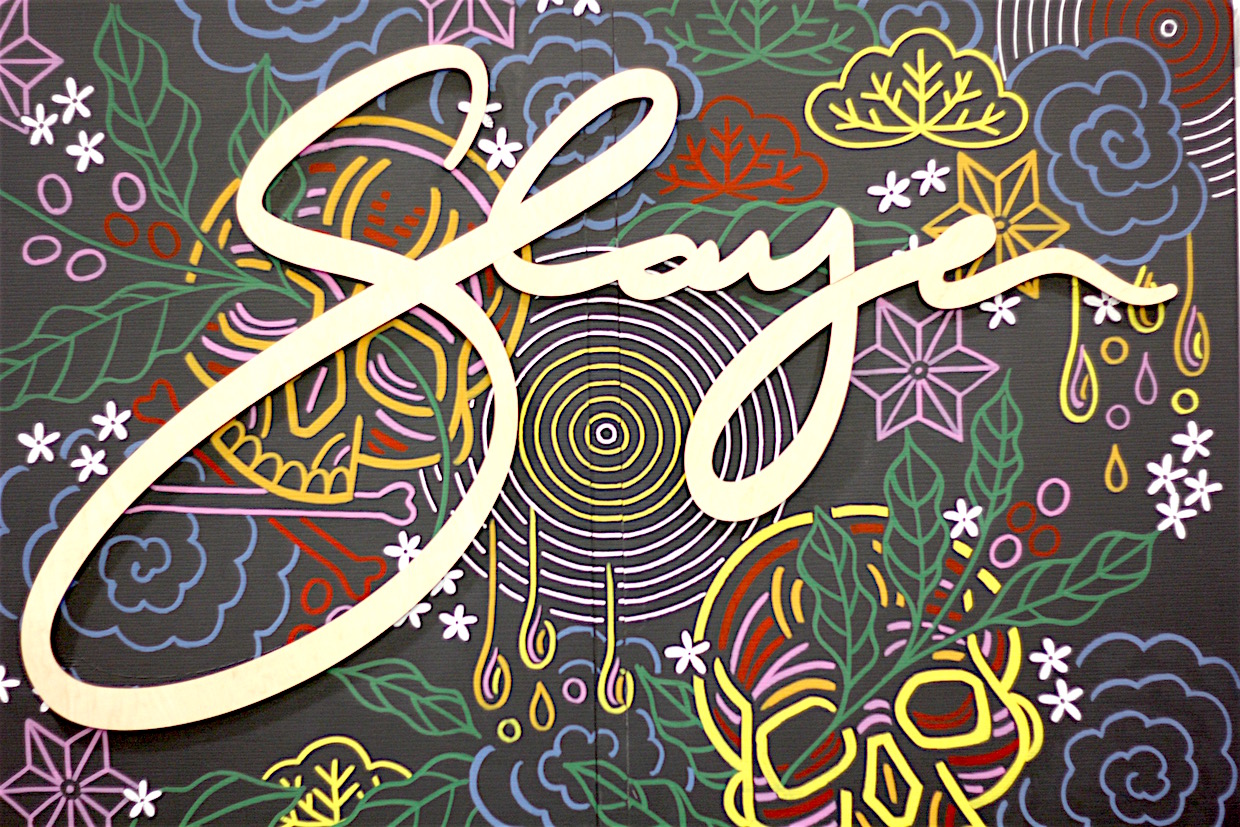 “Our history is not manufacturing,” said King. “Ten years ago, the owner of our company was a roaster. Ten years ago, I owned a coffee shop. The people in the R&D room and the executive team are coffee people, where I feel like when you look at other manufacturers, you’re going to see that the heritage in that company is that they’re manufacturers; they’re building machines. We come at it from a different approach. We’re thinking about coffee.”

Slayer repackaged a poorly reverse engineered La Marzocco design. Plagued with chronic component failures, late deliveries, lack of adequate customer support – the techs are great, its a management problem.
Slayer Steam was rushed into production with a faulty ‘vaporizer’ design leaving all steam customers with an expensive boat anchor – as no replacement parts or design was offered, Slayer just removed the vaporizers.
Slayer is a trainwreck – only through slick salesmanship have they been able to keep their troubled product line afloat. Buy one at your own peril.