A Guide to Carbonic Maceration and Anaerobic Fermentation in Coffee 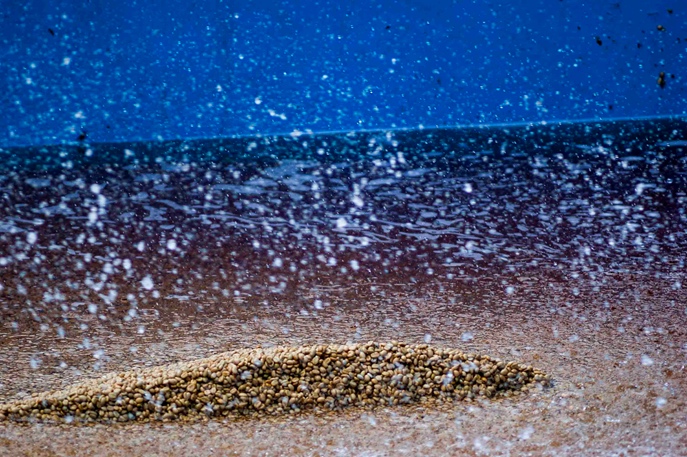 All photos courtesy of Royal Coffee.

Fermentation in food and drink production predates recorded history. It has served as an integral factor in the creation of new flavors ever since some first bold soul tried a few grapes that were left out just a little too long.

The definition of fermentation changes depending on whom you talk to. Some folks, like microbiologists and biochemists, have very strict definitions of what exactly the word means. Specifically, the scientific interpretation involves metabolic processes involving the release of energy from organic molecules without the presence of oxygen.

In food and beverage production, fermentation’s definition gets a little more loose. Generally, industry professionals will use it to mean changes in a food product in the presence of microbial organisms, like bacteria or yeast, often resulting in the production of ethanol (alcohol), carbon dioxide, and/or lactic and acetic acids.

Without getting too deep into biochemistry, essentially all coffee undergoes some degree of fermentation.

Fully washed coffees nearly always go through an intentional fermentation stage in which the seed of the coffee fruit, after pulping, is fermented — often overnight, sometimes underwater — before washing, channel grading, and drying. The post-fermentation soak often lowers the population of microbes, but fermentation does indeed continue during this stage, as well. 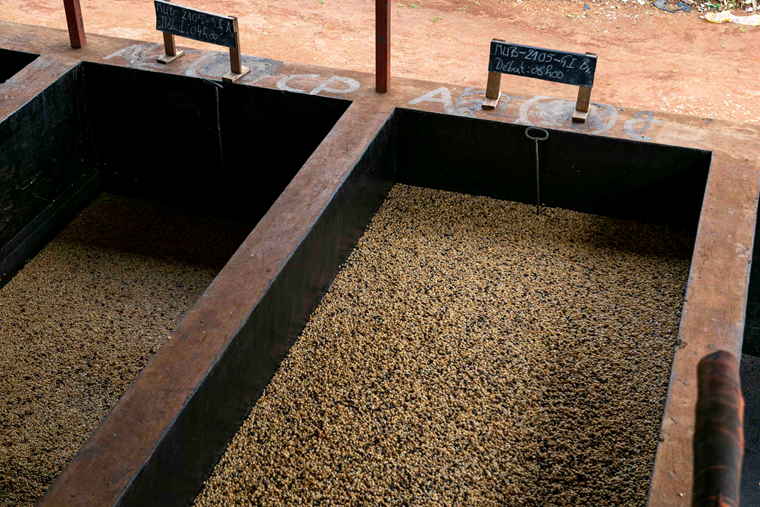 Natural dry-process and honey/pulped natural coffees also ferment peripherally, as the fruit or mucilage dries around the seeds. Microbes are actively digesting sugars and changing flavors as coffees dry.

Harnessing the power of fermentation is an important part of the farmer’s work, and innovations are rapidly emerging as coffee seeks to improve quality and better establish standards for the process, as has been done in the wine and beer industries.

Vintners would shudder at coffee fermentation. There’s hardly a winemaker in the world who doesn’t know the strain of yeast used for their wine, yet coffee farmers let the indigenous local bacterias and yeasts loose on their product. In this regard, coffee fermentation is more akin to that of cacao.

Some surmise that these indigenous microbes are intrinsic in the unique origin flavors of many coffees, but science had not yet offered a definitive answer to this presumption. As with other fermented products, the nature of ingredients down to terroir and plant cultivar, not to mention myriad other factors, play a critical role in flavor expression.

One of the emergent processes gaining rapid popularity due to the incredible and unique flavors it can produce involves anaerobic fermentation, and it is called carbonic maceration.

Let’s break down the terminology here first, so we don’t get bogged down in details.

There’s a sense in which anaerobic and carbonic could be used interchangeably — both refer to limited oxygen. You’ll also probably have noticed that the scientific definition of fermentation includes the phrase “without oxygen” so there’s also a sense in which the term “anaerobic fermentation” is redundant.

To clarify, even though oxygen exists in the environment around the fermenting microbes, it’s not being used for the specific process of fermentation. That’s not to say that aerobic maceration isn’t happening; it certainly is, since there are plenty of microbes that love oxygen and will also digest coffee fruit. 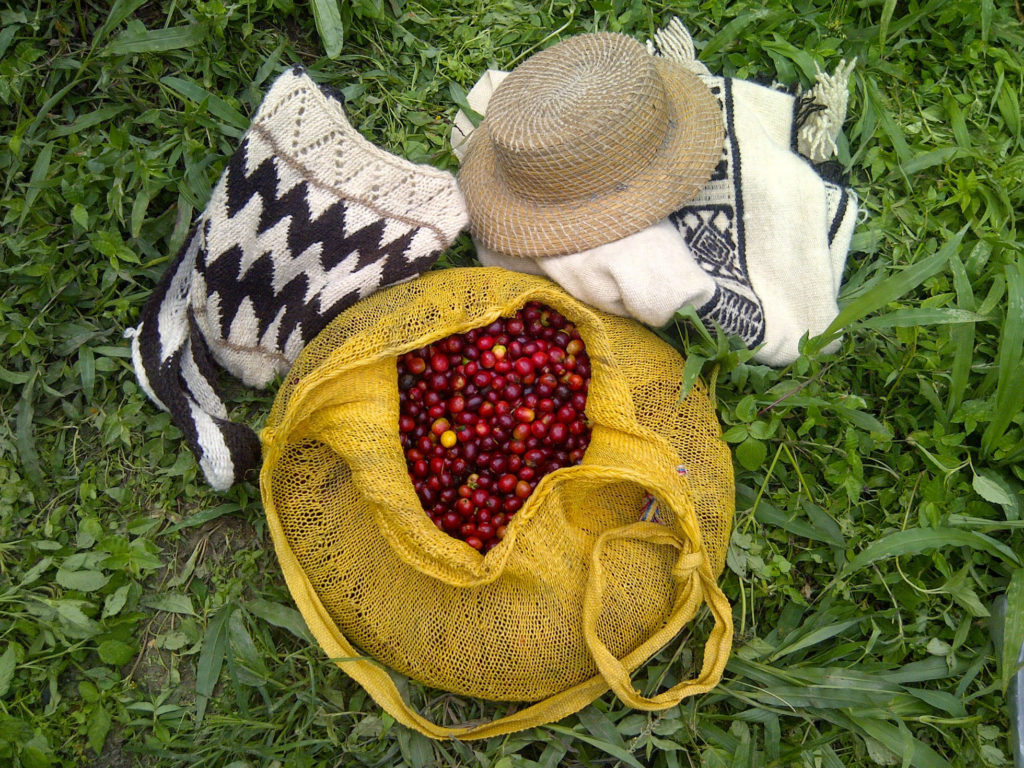 And that’s why these terms are indeed meaningful in the context of coffee. Because of the limited ways in which we’ve been talking about coffee fermentation for so long, we need more specificity when something about the usual process is changed.

For the entire history of washed coffee production, the time period when pulped coffee is macerated — usually in open-air tanks or buckets or even plastic bags — has been called “fermentation.” Its origins are function, not form. It was simply the method farmers had at their disposal for removing the sticky fruit mucilage from the parchment-covered coffee seed. Flavor changes, while important, we secondary to getting rid of the fruit sugars and pectins.

Now that we’re paying attention to the complexities of microbiology and its effects on flavors, more precise terminology is required to help differentiate when a farmer is traditionally fermenting, or using a more specific method.

Hence the rise of “anaerobic” fermentation in coffee. When coffee farmers use this word, they usually mean they’ve created a sealed environment. Typically the coffee is pulped as usual and then the parchment with mucilage is placed in an airtight tank, often stainless steel, with a valve to allow for off-gassing. This style of fermentation may extend the traditional timeframe of 12-36 hours by hours or even days in some cases. The types of microbes able to survive and actively participate in fermentation is limited by the lack of oxygen in the air, and will likely substantially alter the end flavor profile. Recent anaerobic coffees I’ve tasted have had incredibly precise and immediately identifiable flavor notes like gingerbread, cinnamon, licorice, bubble gum, or poached pear. The flavor tends to be singular, highly expressive and uncommon. 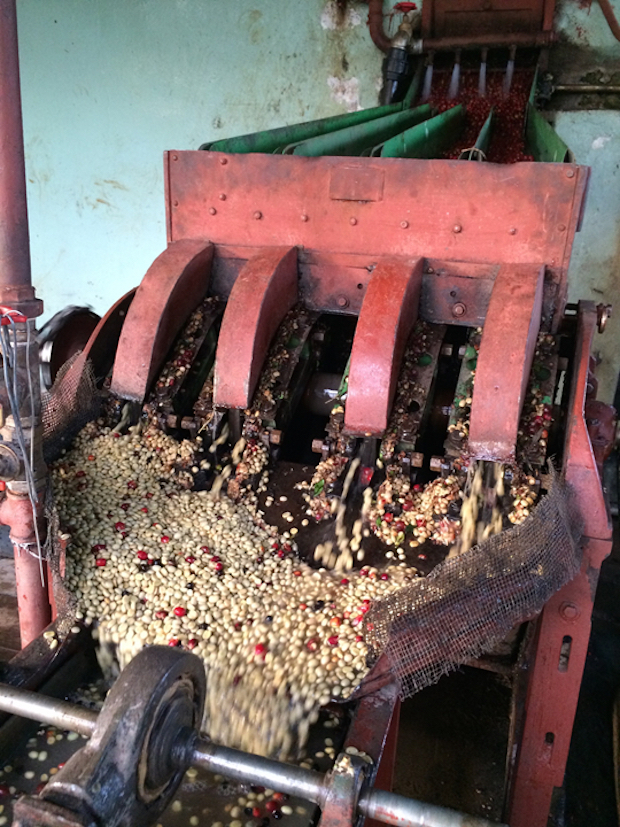 The main thing that differentiates anaerobic coffee fermentation from carbonic maceration of coffee is that in carbonic maceration the cherry is left in tact, and not pulped prior to entering a sealed tank. Carbonic maceration is a term lifted from the wine industry, where whole grapes are fermented without pressing the juice. This tends to produce fresh and fruity wines that may not age well but can be consumed quite soon after their production.

In the carbonic method for coffee fermentation, first, the coffee cherries are siphoned to remove low-density “floaters,” then added to an airtight tank with a one-way valve, much in the same way as in the anaerobic method. Because the skins of the cherries are left in tact, fermentation may take days or weeks. The varying levels of pressure in the tank create different available sugars and pectins for the microbes to macerate. Near the bottom of the tank, the coffees are gently pressed over time by gravity, whereas cherries near the top of the pile remain unpressed and fermentation will occur slowly and almost entirely inside the skin of the fruit.

Neel Vohora, a veteran coffee producer whose family farms on the slopes of the Ngorongoro caldera in northern Tanzania, has been experimenting with adding water to his carbonic method coffee. After five to seven days in a water-filled carbonic tank, the water becomes saturated with fermenting enzymes and byproducts and begins to foam out the valve. This is the indication for him to end fermentation before pulping the fruit and sending it straight to the drying tables. This coffee tastes very unique, a bridge between methods: ripe berry and grape flavors meet dried dates, browned butter, and maple syrup with a distinct sage-like note.

A Word of Caution

Sealed-tank fermentation for coffee is just one of a number of interesting innovations occurring on forward-thinking farms. These types of progressive and experimental practices can encourage creativity in an industry frequently reliant on tradition, and provide market differentiation for producers seeking liberation from C-market prices. 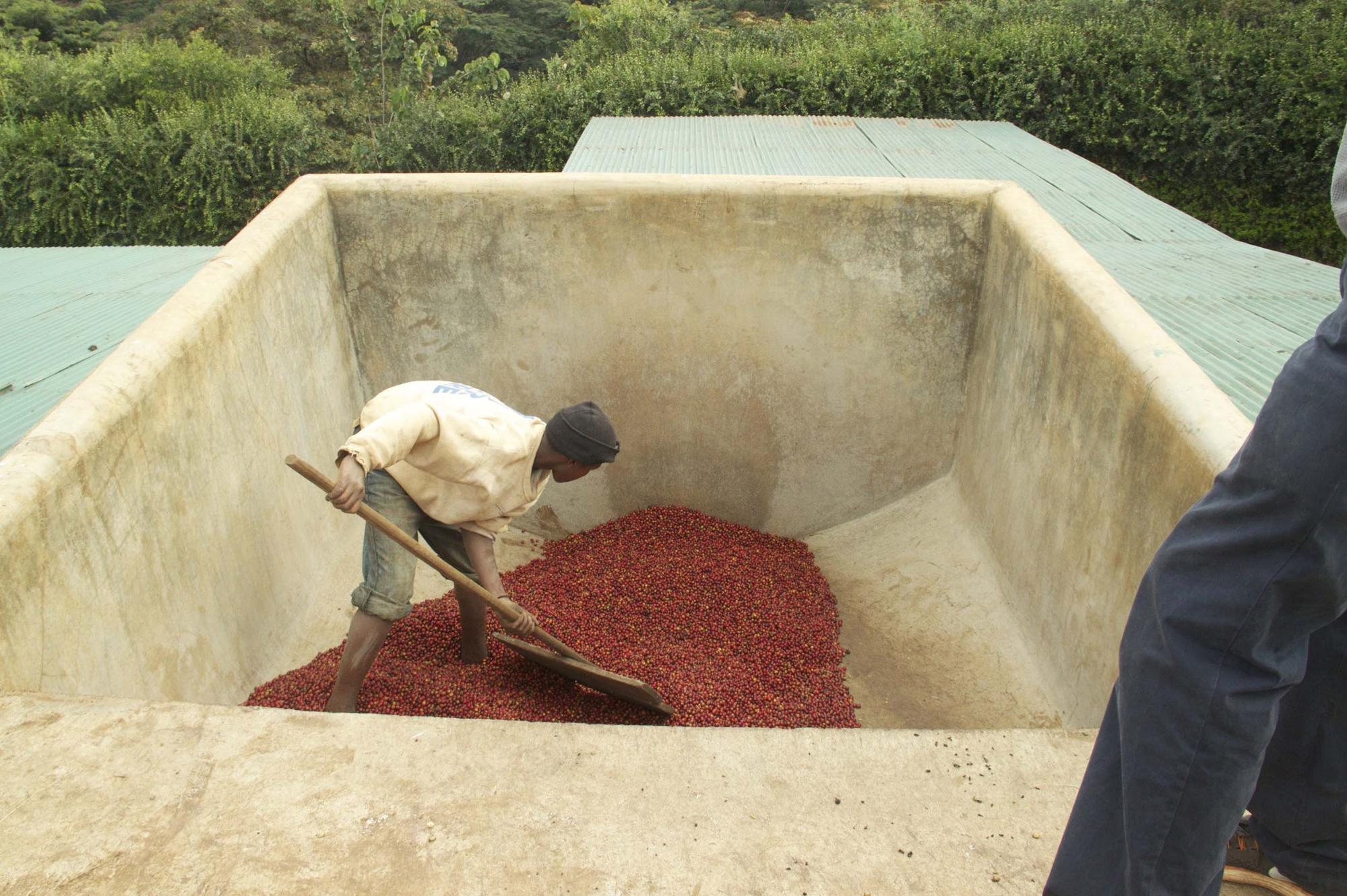 However, I’d close on a word of caution for the buyer. While it might seem interesting to encourage a producer to try out an experimental processing method, the energy, resources, and potential loss of product make this a risky move. For that reason, it’s my deeply held belief that the request for experimentation should be accompanied by a firm financial commitment from the buyer, regardless of quality outturn, to purchase the result at a fair price that accounts for the market rate of the grower’s coffee along with their additional time, space, and labor.

It is this kind of commitment to equitable experimentation that can help drive positive change in the coffee sector both for farmers and for roasters.

it’s almost rare to find such a clear, focused and informative article on coffee processing. thank you!

Excellent article. Growers need to take into account the final recommendation ( A word of caution). Key for sucess.

Really thank for the informative article !
Please keep on doing in ! 👍🏻👍🏻👍🏻

Thank you so much for this article and a great word of caution.