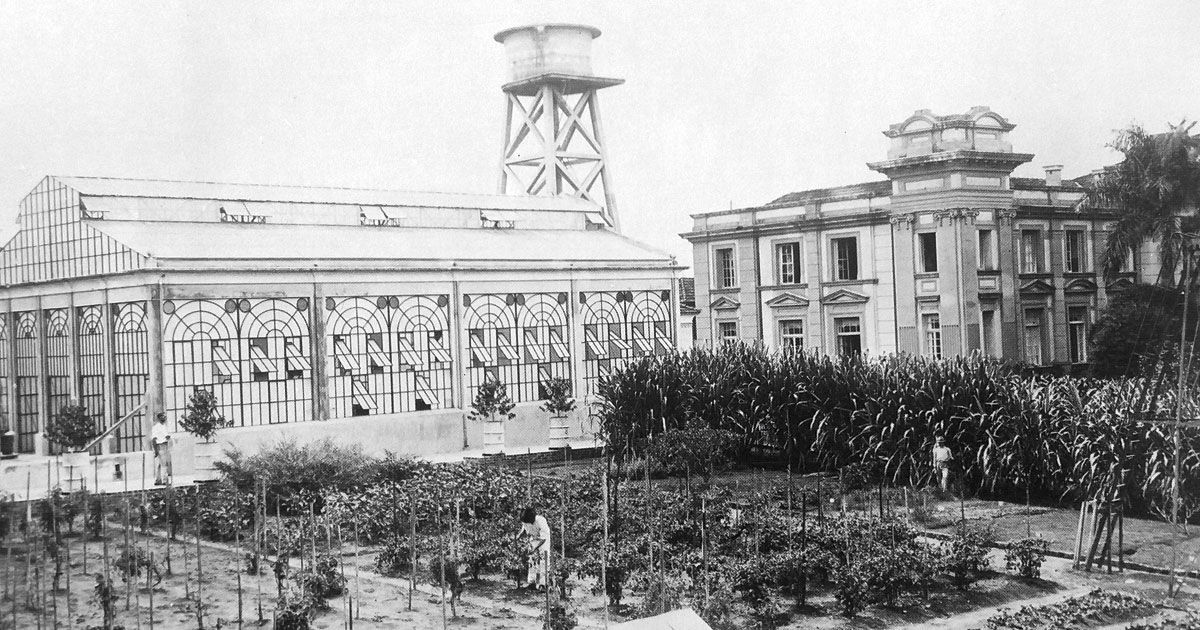 One of the oldest agricultural research centers in the world, the Agronomic Institute of Campinas (IAC) has had a remarkably powerful influence over the development of coffee in Brazil and, by extension, the world.

The institute can claim responsibility for the development and dissemination of thousands plant varieties covering hundreds of different species. Yet among all the plants that have fallen under the organization’s watchful eye — anything from corn to beans to fruit — few have proliferated quite like coffee. 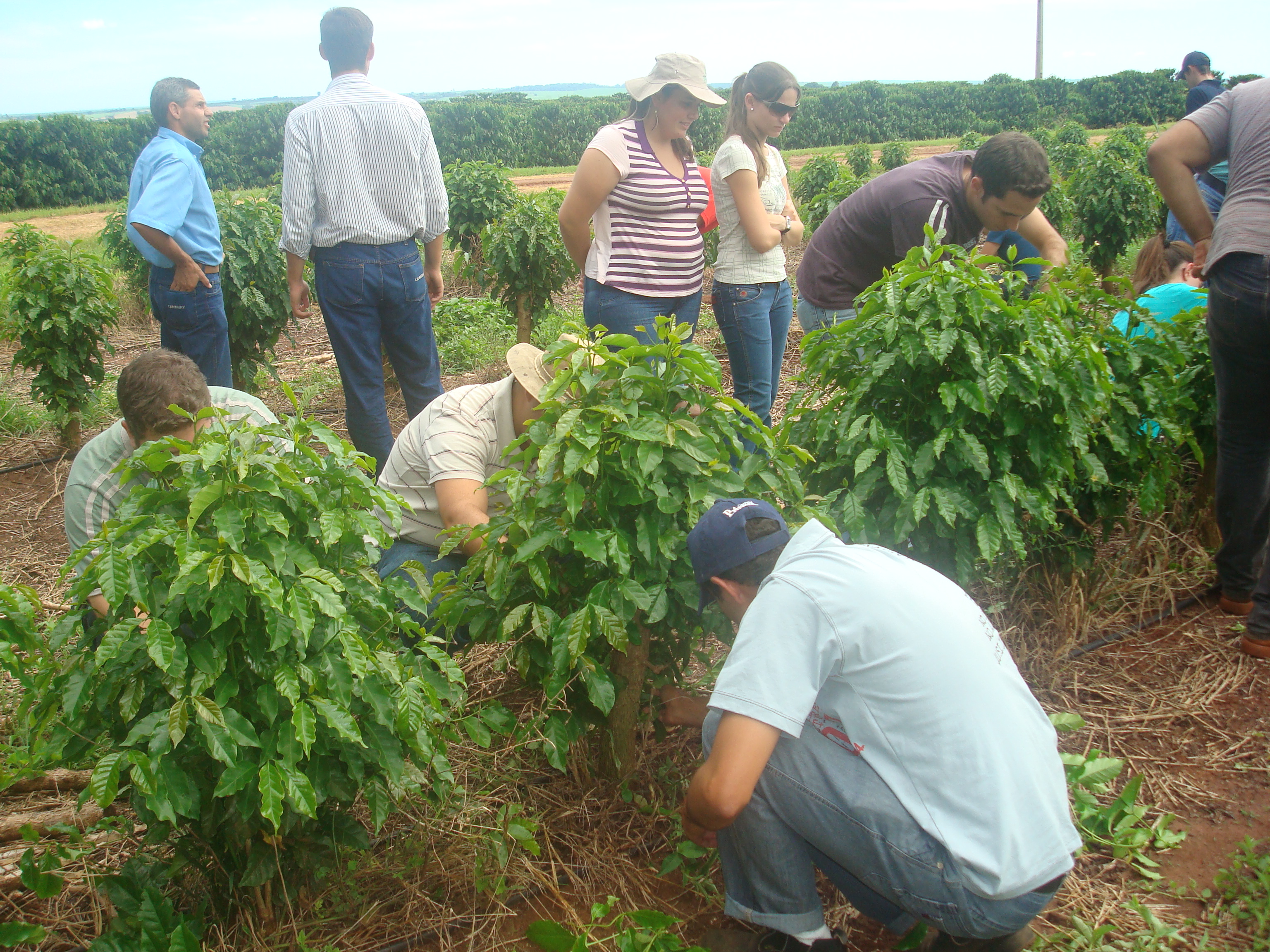 According to researched estimates, approximately 90% of Brazil’s active coffeelands are populated with plants that trace back to IAC development. That represents an astounding 4.3 billion plants currently in existence. The organization can also lay claim to some of the country’s most influential research in the areas of mechanization, drought resistance, soil health, and much more.

Heading into the 19th century, the Brazilian agriculture sector experienced a rapid transformation, in part due to the abolition of slavery. Degraded soils and rudimentary farming practices caused coffee growers to pressure the regime of Dom Pedro II to help promote technical assistance.

At the time, coffee represented approximately 60 percent of Brazil’s exports. With such economic impact at stake, the central government established the IAC in 1887. By comparison, some of the other longest-running and most influential research centers in Latin America — including CENICAFE (1938) and CATIE (1942) — came decades later.

Austrian chemist Franz J. W. Dafeart was the first director of the IAC. Under his watch, the organization developed some of the first studies about organic fertilization, and chemical analysis for soils and plants. This research is now considered to have set the first parameters for commercial coffee cultivation.

In 1918, British geneticist Ronald A. Fisher published his first article about genetic statistics, prompting the institute to formalize studies on the subject beginning in 1920. In 1923, then IAC Director J. J. Arthaud-Berthet created a “coffee studies section,” which helped set parameters for the formalized research. By 1928, the IAC introduced a section on genetics in its coffee research program, setting the stage for coffee variety development and breeding as we know it today. 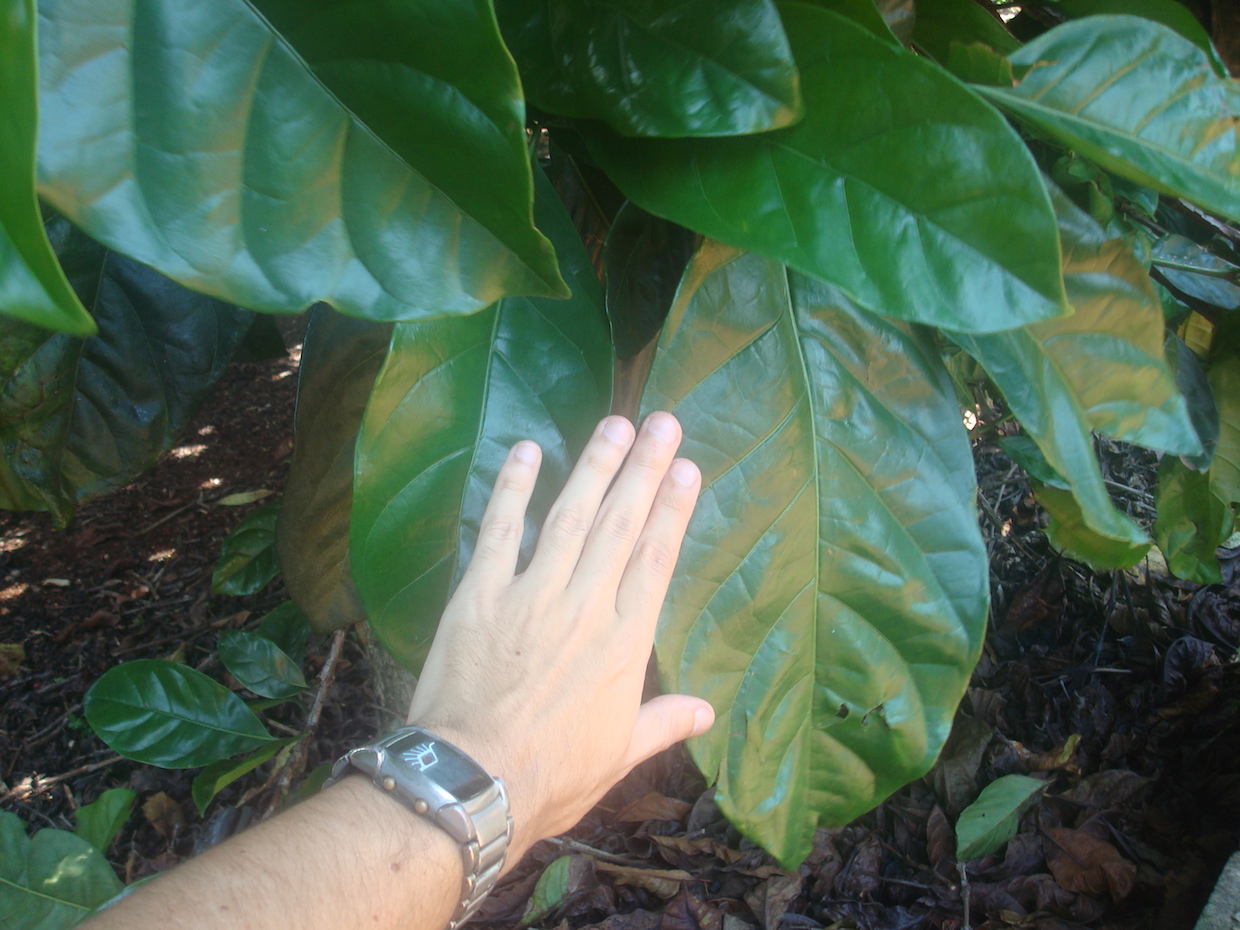 In 1951, the IAC released its first book about cultivation and fertilization of crops. With revisions and updates in the following years, the publication provided the basis for sustainable nutritional management of dozens crops, including coffee. In addition, the organization has its own research journal, Bragantia, which has been in publication since 1941 and remains a quarterly open-access publication today.

Since 1999, IAC researchers have been analyzing Coffea Arabica plants in the organization’s germplasm collection. One of the most fascinating discoveries through that time has been of naturally decaffeinated beans, which contain only 0.07% caffeine content, nearly 20 times less than traditional arabica plants. Those findings were published in the scientific journal Nature in 2004.

Major coffee-growing countries such as Colombia, Costa Rica, Guatemala, Honduras, Cuba, Hawaii and many others grow arabica coffee varieties and cultivars developed at least in part by the IAC. Recognizable names in the coffee sector include: Caturra, Yellow Bourbon, Catuaí, Mundo Novo, Maragogipe and Icatu, the first artificial and commercial hybrid between arabica and Coffea Canephora (a.k.a. robusta) in the world.

One of the most important figures in the history of the IAC is Carlos Arnaldo Krug, an agronomist who became director of the organization in 1928, on the precipice of the Great Depression. 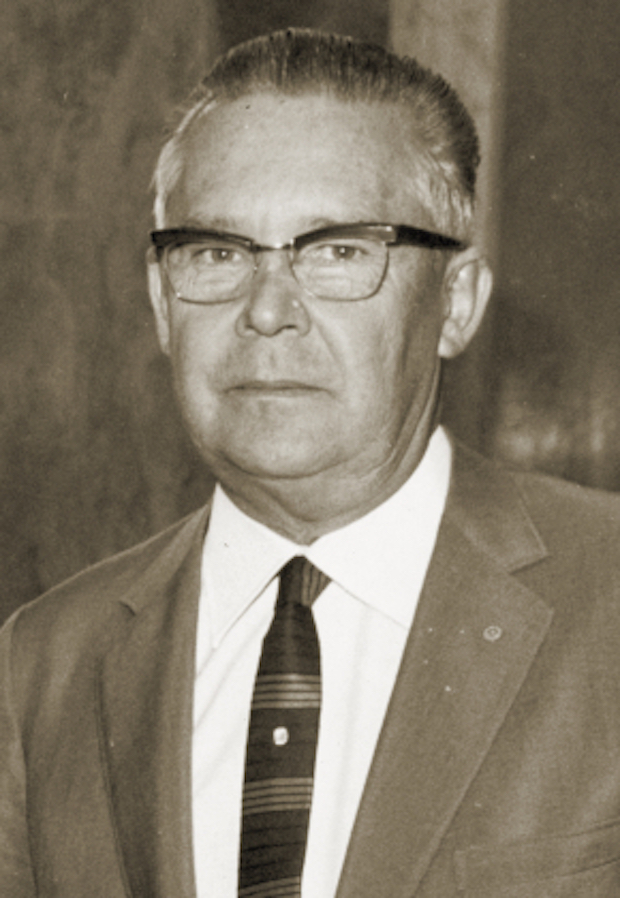 As economic shocks of the financial crisis reverberated throughout Brazil, many large coffee farming operations went bankrupt, the market dried up almost entirely, and it caused the famous burning and dumping of Brazilian coffee stocks to try to salvage the sector in the early 1930s.

To invest in coffee research at this time was considered insanity, but Krug followed his vision to work towards high-yielding plants and improved crop development. The years that followed included thousands of scientific achievements from Krug, including some of the first scientific studies in the coffee sector on botany, morphologies, physiology, genetics, breeding and biochemistry. 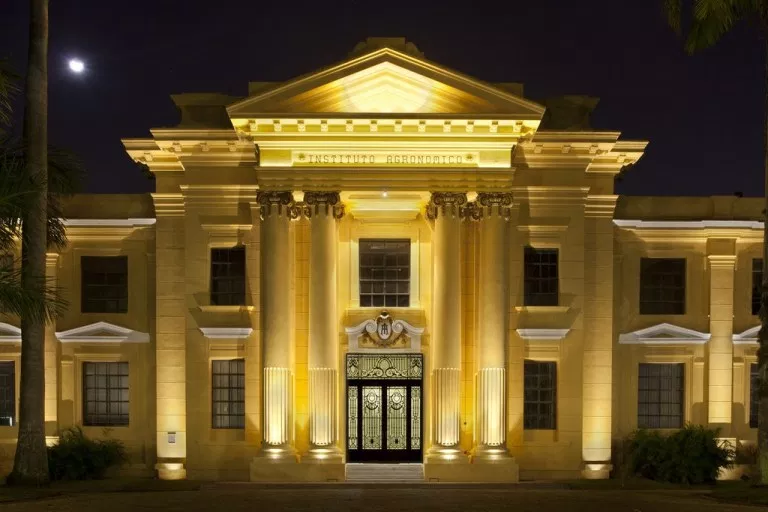 In 1937, Krug’s team released the first Brazilian-born coffee variety, Red Bourbon, which produced 100% more coffee beans than the Typica variety of the time. Krug was the founder of the IAC’s germplasm collection, which now houses fifteen coffee species and hundreds of varieties.

In what led to another important feat, Krug introduced his research team to agronomist Alcides de Carvalho in 1932. Alcides was able to recognize coffee varieties by their flowering smell, bean appearance or plant architecture — a remarkable ability at the time. Alcides was also able to forecast the onset of coffee leaf rust in Brazil, precipitating the import of the first rust-resistant varieties for research in 1953, 17 years before the disease eventually arrived in the country. 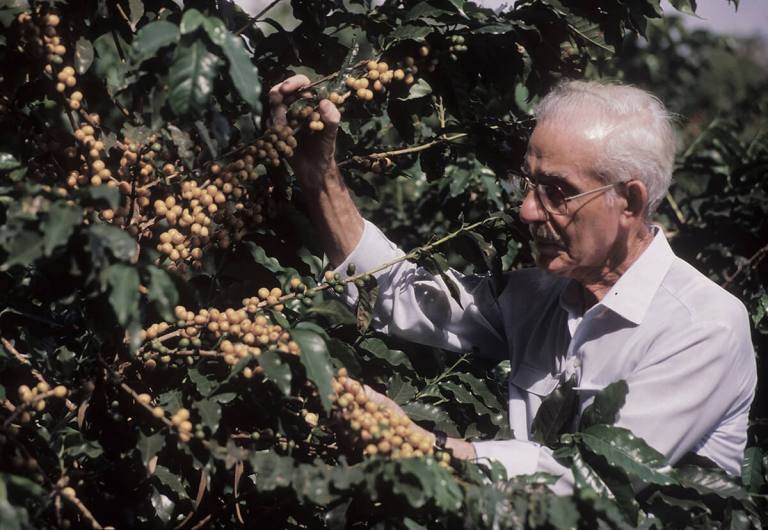 A frequent collaborator with the Food and Agriculture Organization of the United Nations (FAO), from 1955 until his retirement, Krug visited nearly every coffee origin in the world, a feat that culminated in his book “World Coffee Survey” in 1968.

Other big names in coffee research associated with the IAC have included L. C. Monaco, a key figure in the FAO coffee mission to Ethiopia in 1964-65, and L.C. Fazuoli, a geneticist who has helped lead the organization’s plant research in recent years. 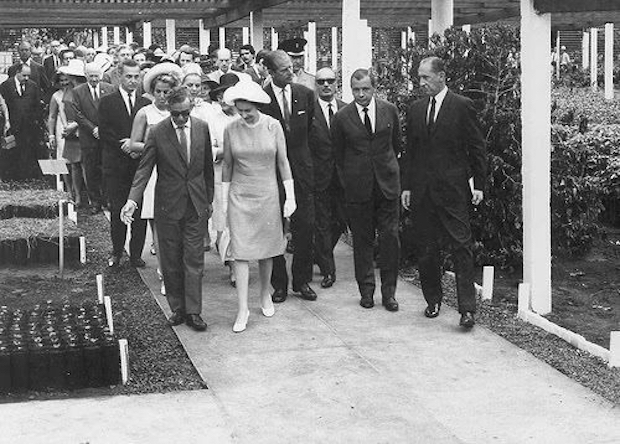 The IAC continues to build upon its coffee research today as it leads studies on the development of new specialty coffee varieties, pest-resistance and coffee chain integration, as well as by running the Peabirus Network website to support the Brazilian coffee sector. Time will tell what the next 132 years of the IAC may bring.

These are superb articles! Thanks for your ongoing contributions to coffee’s scientific dialogue, Jonas Ferraresso.

Hi Chris! I’m glad for your compliments, thank you so much! I always try to share the knowledge that I have leaned in my continuous coffee journey. We all have to work together to build a better and fair coffee chain for everyone.