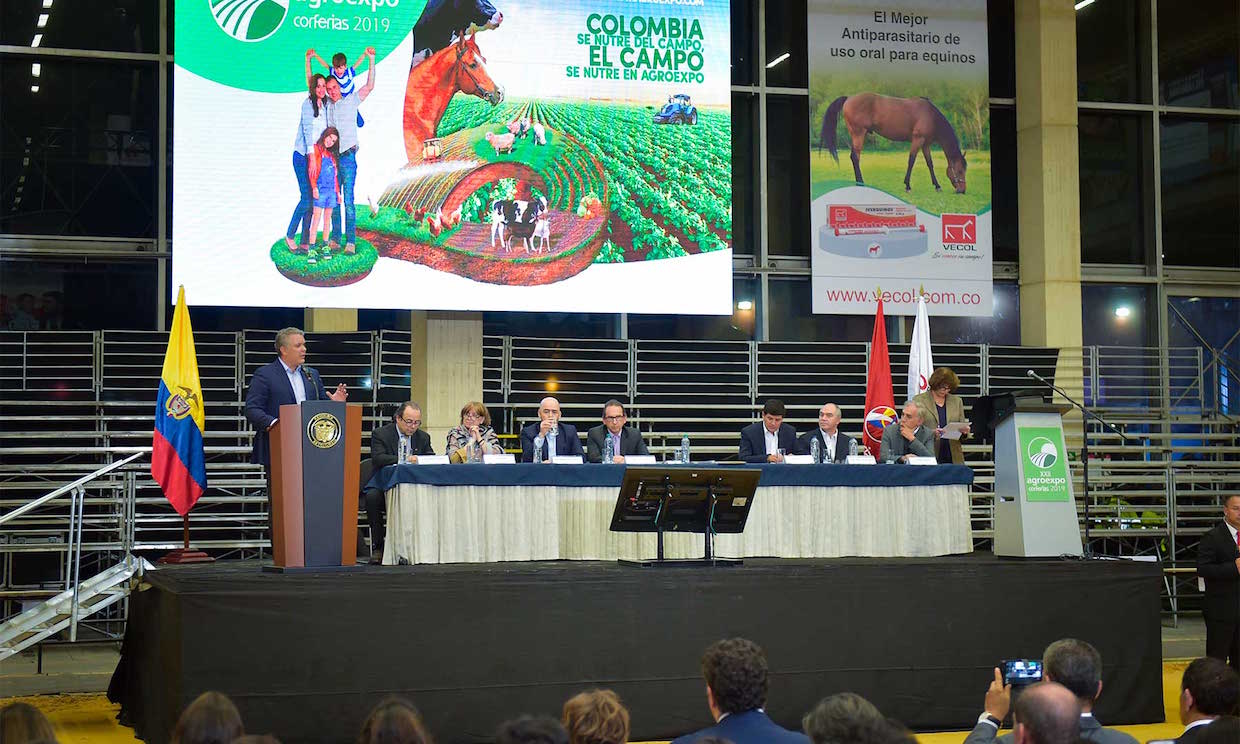 Iván Duque speaking at Agroexpo last week in Colombia. Photo via the office of the President of the Republic of Colombia.

Using a range of tools for funding, Colombia’s “Coffee Price Stabilization Fund” (translated) is being created to prevent farmers from abandoning crops or switching to planting coca by meeting costs of production when prices are low.

According to a Reuters report, Duque’s administration has already earmarked $79.5 million for subsidies, debt relief and plantation renewal for coffee farmers.

As the world’s second largest producer and exporter of arabica coffee, and third-largest coffee-producing country overall behind Brazil and Vietnam, Colombia has been aggressively trying to find solutions with international cooperation to the current price crisis. As of this writing, the ICE futures price — a.k.a. the C price — for arabica coffee was $1.095 per pound for September contracts. 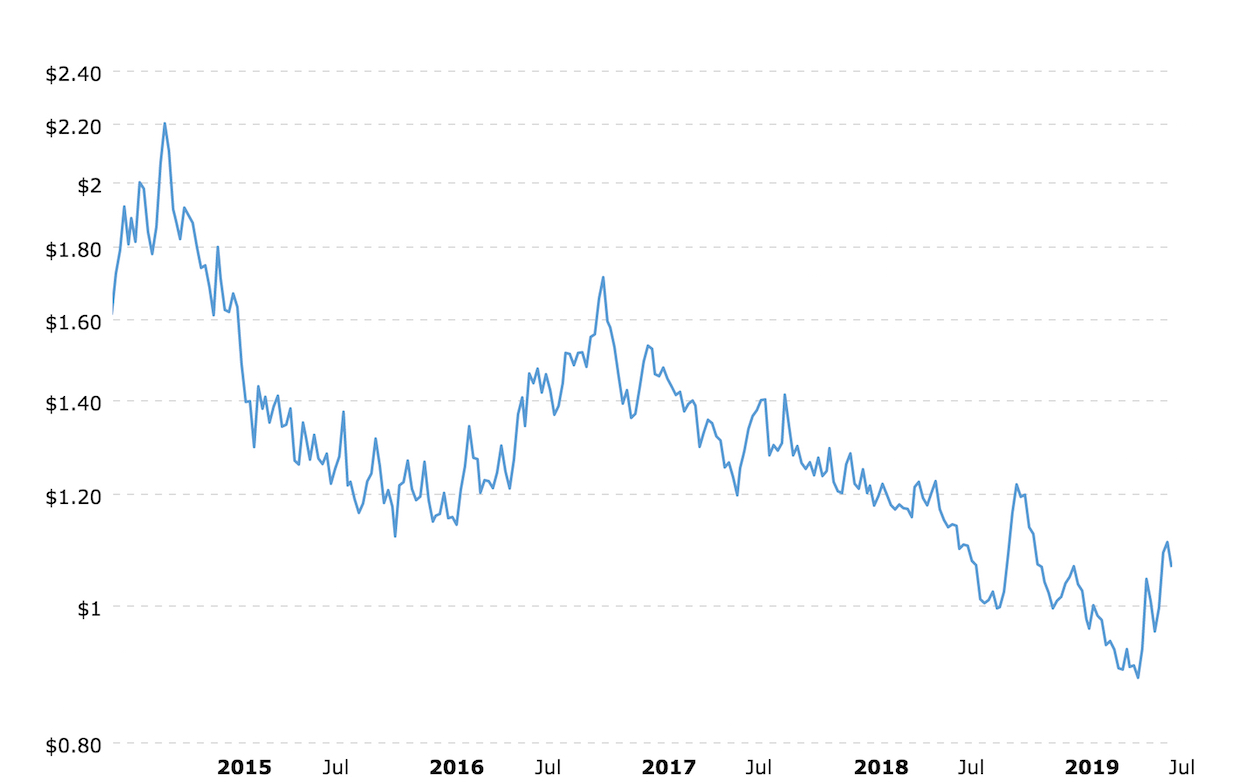 Coffee futures closing prices shown over the past five year

Earlier this month, Colombia’s National Coffee Growers Federation (Federación Nacional de cafeteros, or FNC) suggested there should be a base price of $2 per pound for all Colombian coffee. In February, the FNC leadership said it was exploring ways for Colombian coffee growers to bypass the traditional commodities market to find better prices.

The funding mechanisms for the country’s new Coffee Price Stabilization Fund have not been outlined in detail, although an announcement from the president’s office suggested there will be a range of sources, including contributions and royalties from international organizations.

“This will allow much relief to the coffee sector, at times where we have price shocks, and will have the ability to finance with different tools,” Duque said at an announcement of the law during the Colombian agriculture forum Agroexpo last week.

The fund will help subsidize income based on 70% of smallholders’ individual production capacities, Duque’s office said. Under the law, the FNC will be administering the government contracts.

This is an amazing piece of news, it could be great for smallholders in Colombia.
But we as a sector still have to find solutions for smallholders in (smaller) countries where the government can’t afford to or just doesn’t support its coffee sector like this.