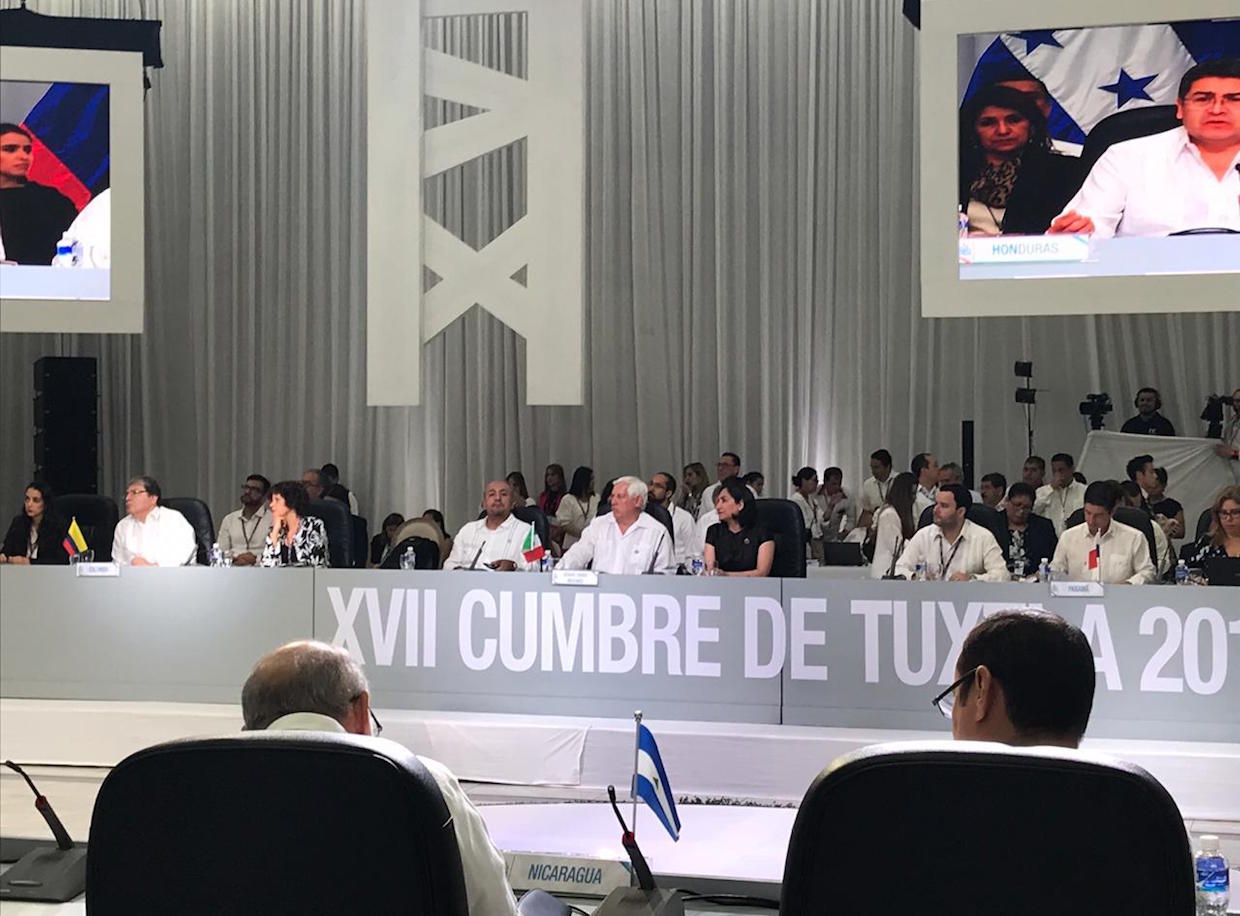 The Mexican government is taking a lead role in encouraging fellow Mesoamerican countries to band together to devise solutions to the ongoing coffee price crisis.

Representing Mexican President Andrés Manuel López Obrador, Villalobos made his proposal in front of numerous heads of state and other top officials from the 10 countries participating in the summit — including Belize, Colombia, Costa Rica, the Dominican Republic, El Salvador, Guatemala, Honduras, Mexico, Nicaragua and Panama — all of which actively export arabica coffee.

Villalobos argued that “the Mesoamerican nations are major producers of quality coffee that is consumed worldwide, but at a low cost that does not correspond to the work done by the coffee producers, who are mostly small-scale coffee farmers,” according to a report from the office of Mexico’s Secretary of the Exterior.

The office added that the proposal would lead to the creation of a body that would “participate in and influence the process of setting the international price of coffee, given that currently its quality and characteristics are not being fairly compensated in the world markets.”

As of this writing, the International Coffee Exchange futures contracts base price for arabica coffee — often referred to as the C price, or C market price — was USD$0.965 per pound. It has been exactly one year and seven days since the C price for coffee dipped below $1 per pound, representing an important psychological marker, although even with prices above $1, coffee remains an unprofitable pursuit for many millions of smallholder coffee farmers, according to dozens of sources DCN has spoken with over the past year.

NGOs, private enterprises and government entities representing coffee producers all over the globe have been calling for immediate remediation for low prices, with some suggesting that farmers are abandoning the coffee sector en masse in favor of growing illicit crops, or in search of better opportunities through migration.

Mexican leaders plan to revisit the issue at the next meeting of the Central American Agricultural Council (CAC), to be held in Mexico on September 5-6.

It’s pretty shocking to me that this is still going on. There was a time when I thought that the idealistic nature of modern Coffee Culture would have seen the long term harm in this and worked for a fair and honest solution. Unfortunately, the ruthless and short sighted nature of max profit business practice and analytics seems to be the controlling party here. Cafe Imports is one of the only buyers Ive seen taking steps to support farmers which says a lot about them, and less about the Industry.

This situation is NOT the doing of our “specialty coffee” culture. No, it is the doing of the massive profit driven commodity market. WHY is it that our specialty grade coffee prices have been linked to the commodity market? I never have been given a good answer. Fair Trade is a non-starter, as it is tied directly to C market pricing, merely adding a flat premium. No incentive for working hard to improve quality.

You are correct about Dafe Imports….. they DO a great job of dealing equitably with the growers, and that on many levels.

Other signficant importers I have long worked with who have done this since their own beginnings are Mercanta, based out of London but with offices and warehousig in Seattle, and Royal Coffee, in Emeryville, California (Not the Royal in New Jersey. I have no knowledge of their operation). Both of these importers work hard at finding outstandig coffees from every origin imaginable, but they also work hard with boots on the ground helping the producers learn how to produce better and better coffees, then rewarding them financially for their efforts. Yet the pricing to us who buy from them is still very competitive, especially when considering the outstanding quality they source for us.
I have personally met some of the producers whose coffees I’ve sourced through Mercanta, and a few also from Royal’s sources. Both of these importers (I hesitate t use this term, as they are both so much more….) have dealt with many of the same producers for decades, and the quality continues to improve, new innovations as to processing methods can bring surprises,. From the little direct contact Ive had with Cafe Imports, they are guided by a very similar model. I would say one cannot go wrong by dealing with any of these three.

to the comments above … neither commercial or specialty coffee has much to do with the baseline commodity price of our product. It’s no longer that simple but lets not get off track and miss the main point of this article… the blinking neon light here is that government level conversation is moving towards origin legislation of an alternative pricing mechanism in Central America. With less AID money earmarked for the region, this new convo is an interesting silver lining stemming in part from a vacuum in AID support. The wide reaching solution isn’t in how any one of us buys our coffee ( as much as we’d like to think it was – it ain’t.) A key solution is hard lined legislation on how coffee may be sold. NOT more convo how it should be BOUGHT. The market is GIANT beyond specialty. Are we just trying to protect specialty coffee producers or all coffee producing people that hope to be specialty one day? To the question as to why we price vs the ol’ “C”, see “hedging” – it protects buyers and sellers in a properly functioning exchange market.