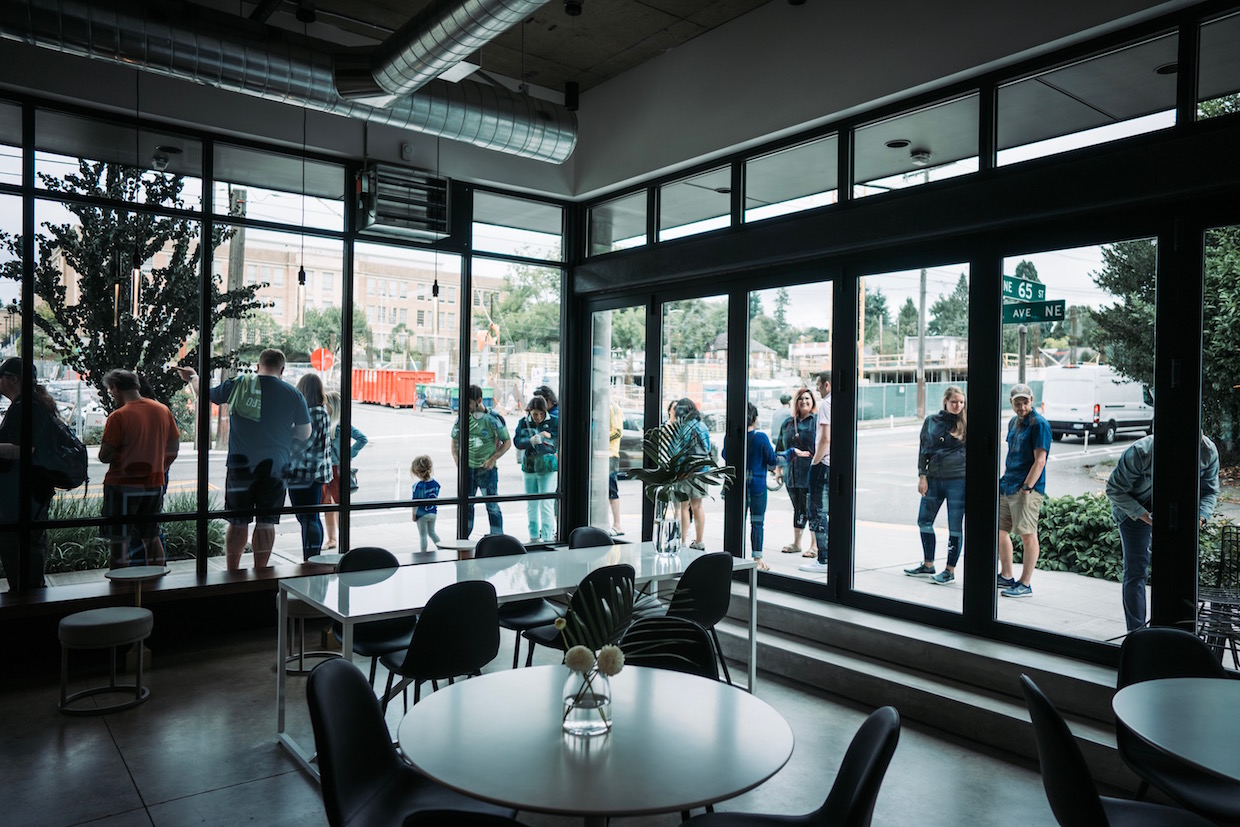 Fredy Montero, a Colombian forward for Major League Soccer’s Vancouver Whitecaps, is perhaps most famous for being the Seattle Sounders’ all-time record goalscorer. The international soccer player has also plied his trade in Europe and Asia as well as in his home country. As such, he is not your typical specialty coffee entrepreneur.

Although much of his career has been spent in the U.S. coffee mecca of Seattle, it was while Montero was playing for Millonarios in Bogatá, Colombia, that he and his wife Alexis fell in love with coffee — so much so that they decided to launch a coffee shop of their own.

Santo Coffee Co. is a collaboration between the Monteros and Mikhail and Jessica Ghyvoronsky, whom they met while attending the same church in Seattle. The decision to work together was made after just two meetings, Jessica Ghyvoronsky told Daily Coffee News. 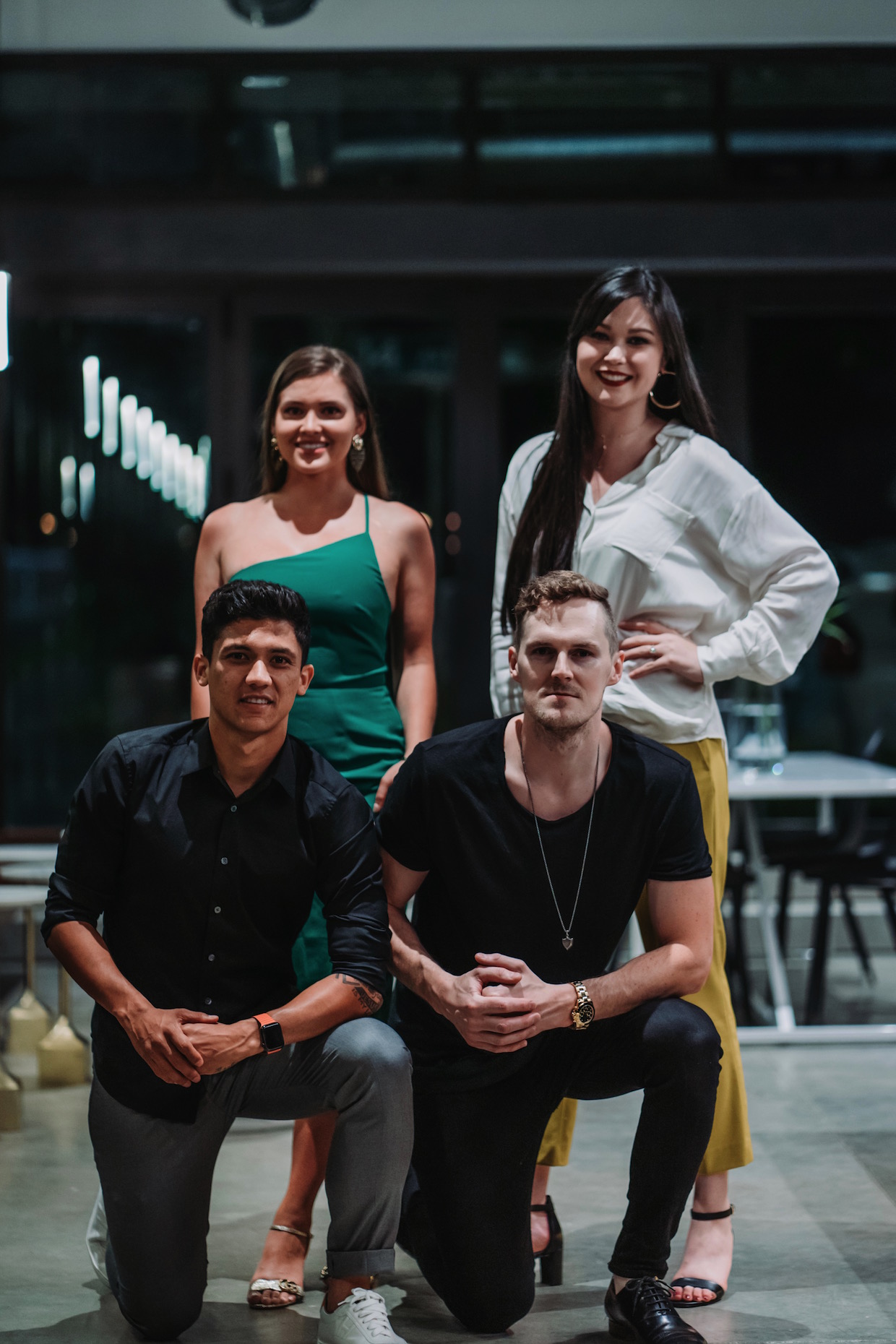 “Fredy and Alexis were telling us about how they’d wanted to open a coffee shop for years and Seattle was the only place that they wanted to do it,” she said. “Seattle was home for them. And so when they shared their vision of what they saw in a coffee shop, we were completely aligned with that.”

The two couples enlisted the help of Wes Pierce, the architect behind Narrative Coffee’s dashing cafe in Everett, Washington, to create a welcoming space with an international flair.

“He made use of 1,300 square feet and made it feel spacious,” said Ghyvoronsky. “The shop feels so much bigger now than it did when it was empty. We gave him photos for inspiration. We had photos of nightclubs, Brazilian murals; we gave him like seven photos and he just ran with it and created a space that has far exceeded anything that we could have dreamed of.”

The cafe, with its floor-to-ceiling windows, polished concrete floors and a hulking solid marble bar, is purposefully luxurious down to the smallest fittings and furnishings.

“[Wes is] obsessive about the details, and wanted to make sure every single thing was perfect,” said Ghyvoronsky. “Even our wallpaper is from Dorothy Draper, who’s a 1920s designer, and that wallpaper is found in some of the most beautiful vintage hotels around the world. But nobody would know that, except for Wes.” 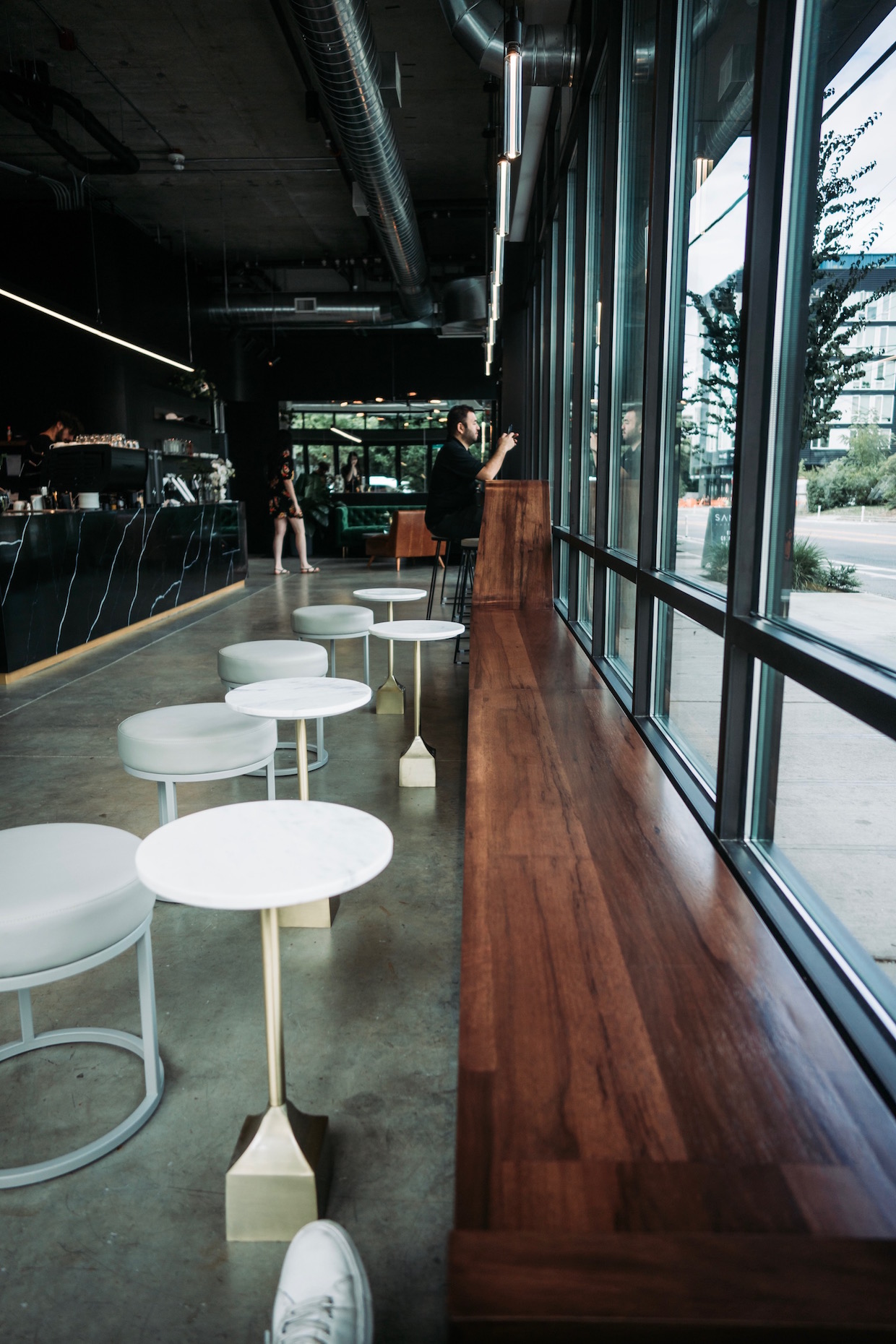 Fredy Montero emphasized his wish to have a Colombian influence in the shop. After tasting over 250 different coffees, they fortuitously settled on a relationship with New York-based Colombian importer and roaster Devoción.

“We held blind tastings when we were starting out,” said Ghyvoronsky, “and every single time we would serve Devoción, it would win the table. By no means did we choose Devoción because they are Colombian, it just sort of ended up working out in our favor — well, Fredy’s favor.”

Devoción’s coffees are prepared using a custom matte black Victoria Arduino Black Eagle Gravitech espresso machine and two Mythos One grinders for espresso drinks; Hario V60 drippers paired with a Mahlkönig EK43 grinder handle the pourovers. Although the Monteros and Ghyvoronskys are equal partners, it is Mikhail who handles most of Santo’s day-to-day operations.

“Mikhail is really the heart and soul of Santo,” says Ghyvoronsky. “He has done so much work to learn the craft, to select every light bulb, every finish, every ounce of milk. [He] is so particular over the way that he serves our coffee, everything has a very specific parameter. He’s run through so many different renditions of our menu.” 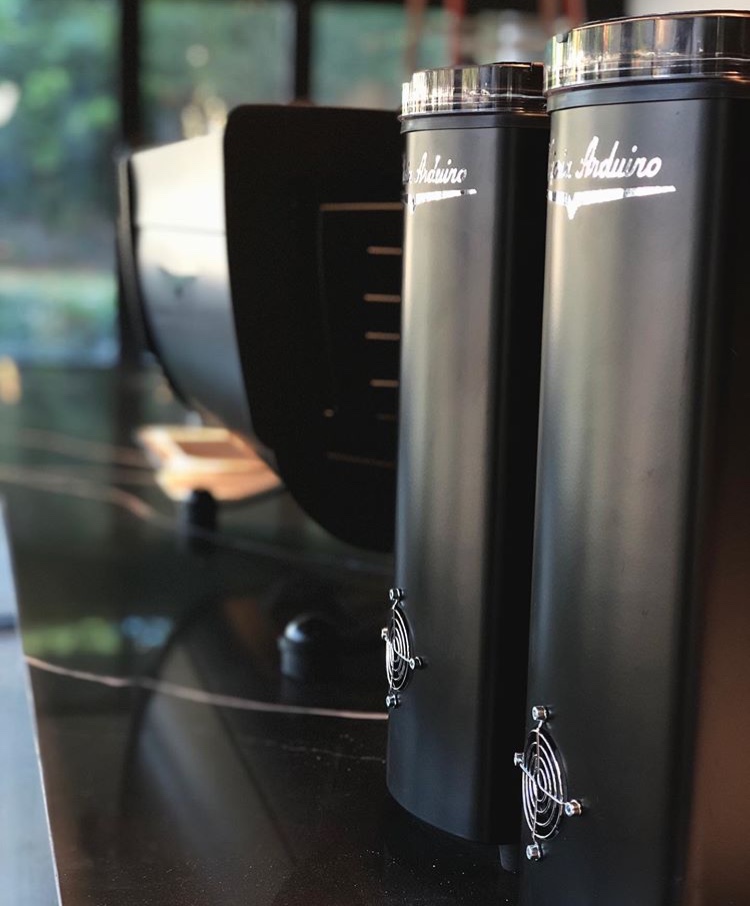 In addition to traditional espresso-based drinks, the menu includes a panela latte, another nod to Montero’s home country, which combines unrefined Colombian panela sugar with orange bitters. The menu also showcases collaborations with other Seattle businesses, including tea from Ballard’s Miro Tea and baked goods by Semillon Bakery in Capitol Hill, which is in the process of refining a range of Colombian pastries to be launched in the near future.

The reaction from the local community has been overwhelmingly positive, with lines out the door during the grand opening, where the first 50 customers received a Santo-brand soccer ball signed by Montero.

“We want to be an approachable, fine dining style coffee shop, where we really respect the craft,” said Ghyvoronsky. “We want to be innovators, pioneers in discovering new ways of brewing and new drinks. But overall we take what we do very seriously, and it’s a pleasure to serve people in the best way that we possibly can.”