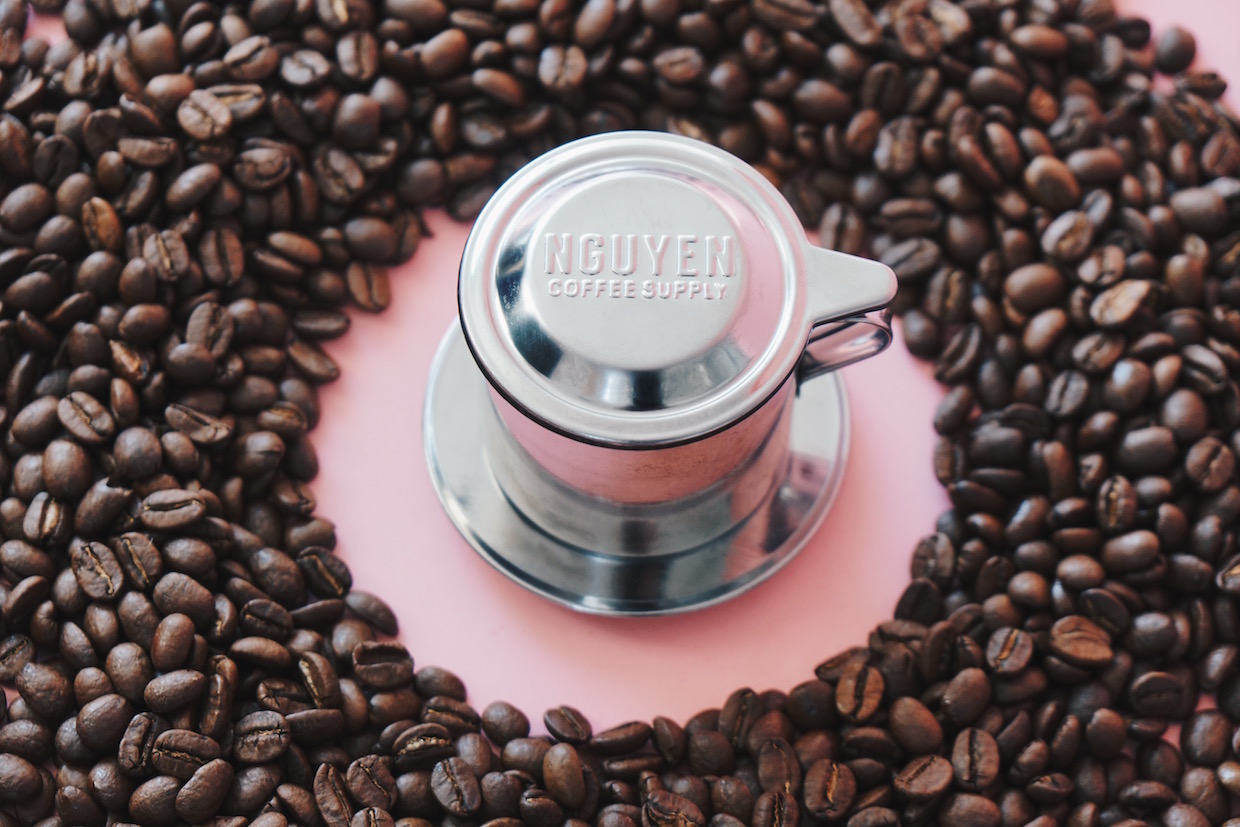 Nguyen Coffee Supply wants to do more than improve the transparency and raise public awareness of specialty coffee grown in Vietnam. The Brooklyn, New York-based, woman-owned roasting company also wants people to appreciate drinking it the Vietnamese way, too.

The company recently launched its own branded phin coffee filter, the traditional Vietnamese drip-brewing device that has endured over a century.

“The phin is a versatile brewing tool that can be used to enjoy all types of roast profiles and origins,” NCS Founder Sahra Vang Nguyen told Daily Coffee News. “While Vietnamese coffee, the beverage, is commonly associated with sweetened condensed milk, in Vietnam many people prefer their phin coffee black, called ‘ca phe den.'” 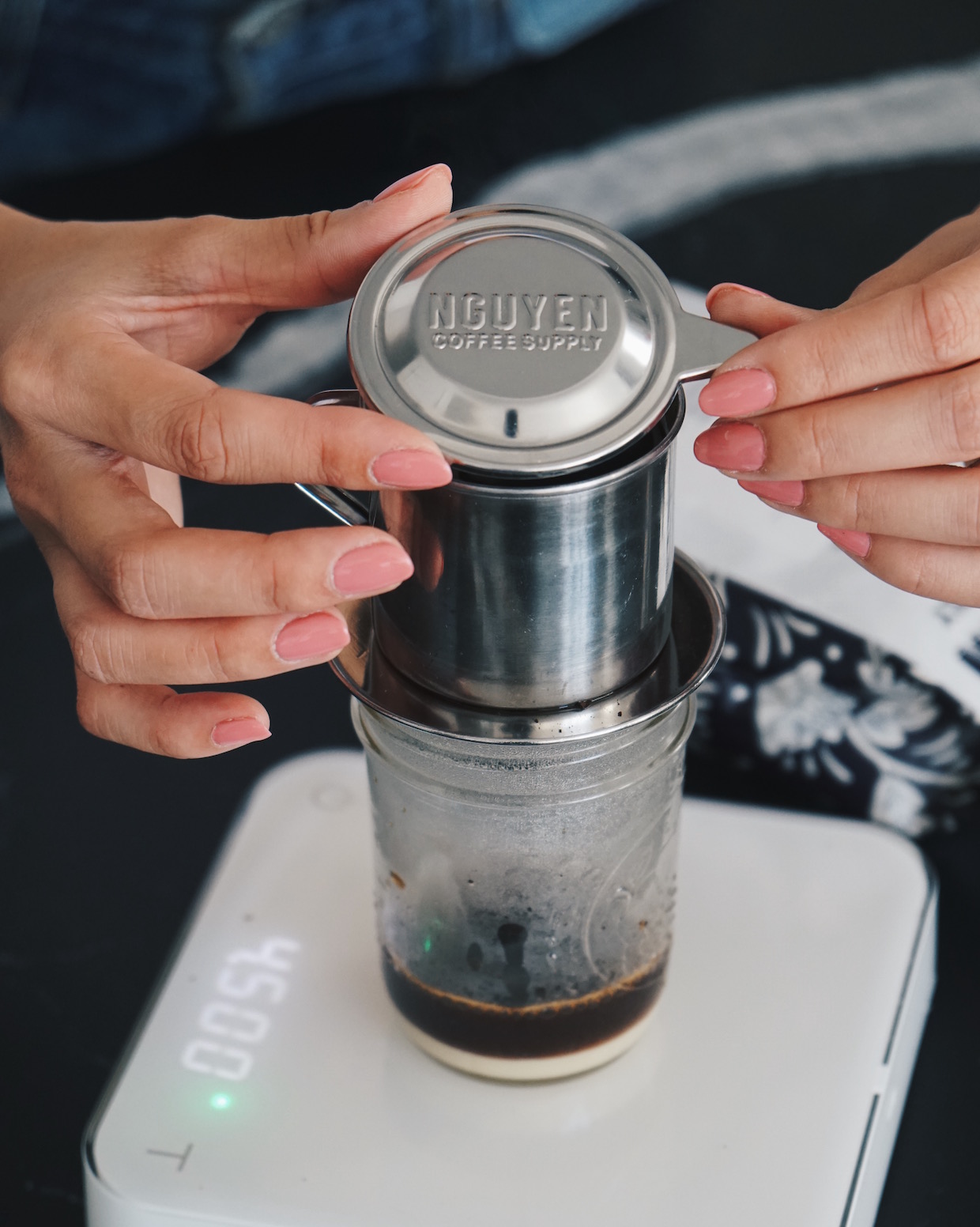 Nguyen said that while it’s unclear who invented the phin, she suspects it originated in France, as it was the French that introduced coffee to Vietnam in the 19th century. She considers the phin as sharing certain attributes of both the French press (an Italian invention) and the pourover method.

“The phin resembles a low-tech French press with the use of percolation to fuse coffee and water, in addition to characteristics from the pourover method of slowly adding water into the brewing chamber, and allowing the coffee to drip down,” said Nguyen. “Like a Chemex, it is best operated when you allow the grounds to bloom before adding the rest of the water.” 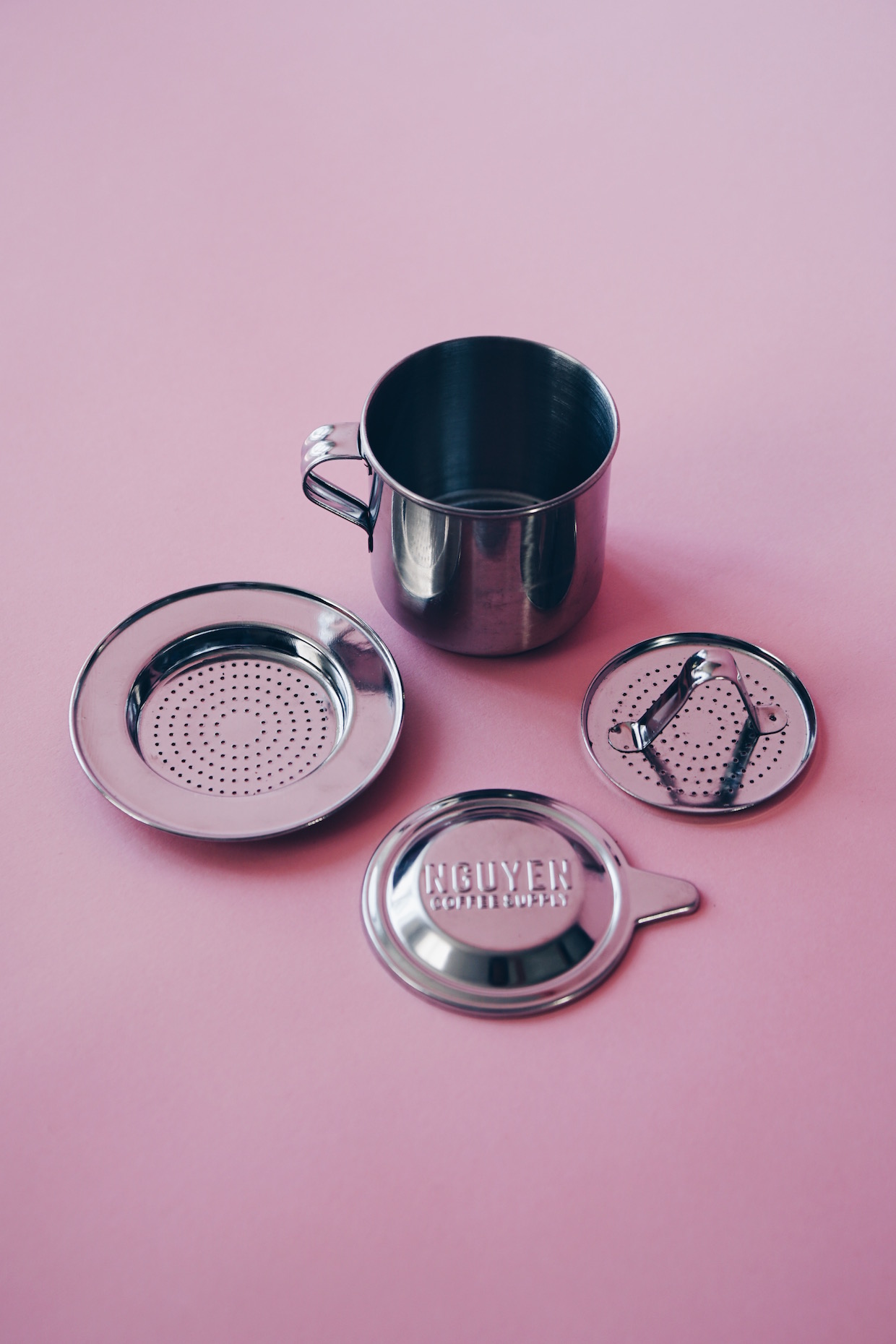 The NCS Phin Filter that launched for sale last month ($15 plus shipping online) is made in Vietnam out of 100% stainless steel. The lid placed over its brew chamber bears the Nguyen Coffee Supply mark, and the company promotes the device as a travel-friendly means of brewing a strong cup of coffee in about five minutes without the inconvenience or the subsequent waste of a paper filter.

This first iteration of the NCS product makes the traditional 4-ounce brew, and for those that want a larger or more than one serving, Nguyen said a second pour of water over the grinds is not an uncommon practice. There soon may also be additional iterations the NCS phin. 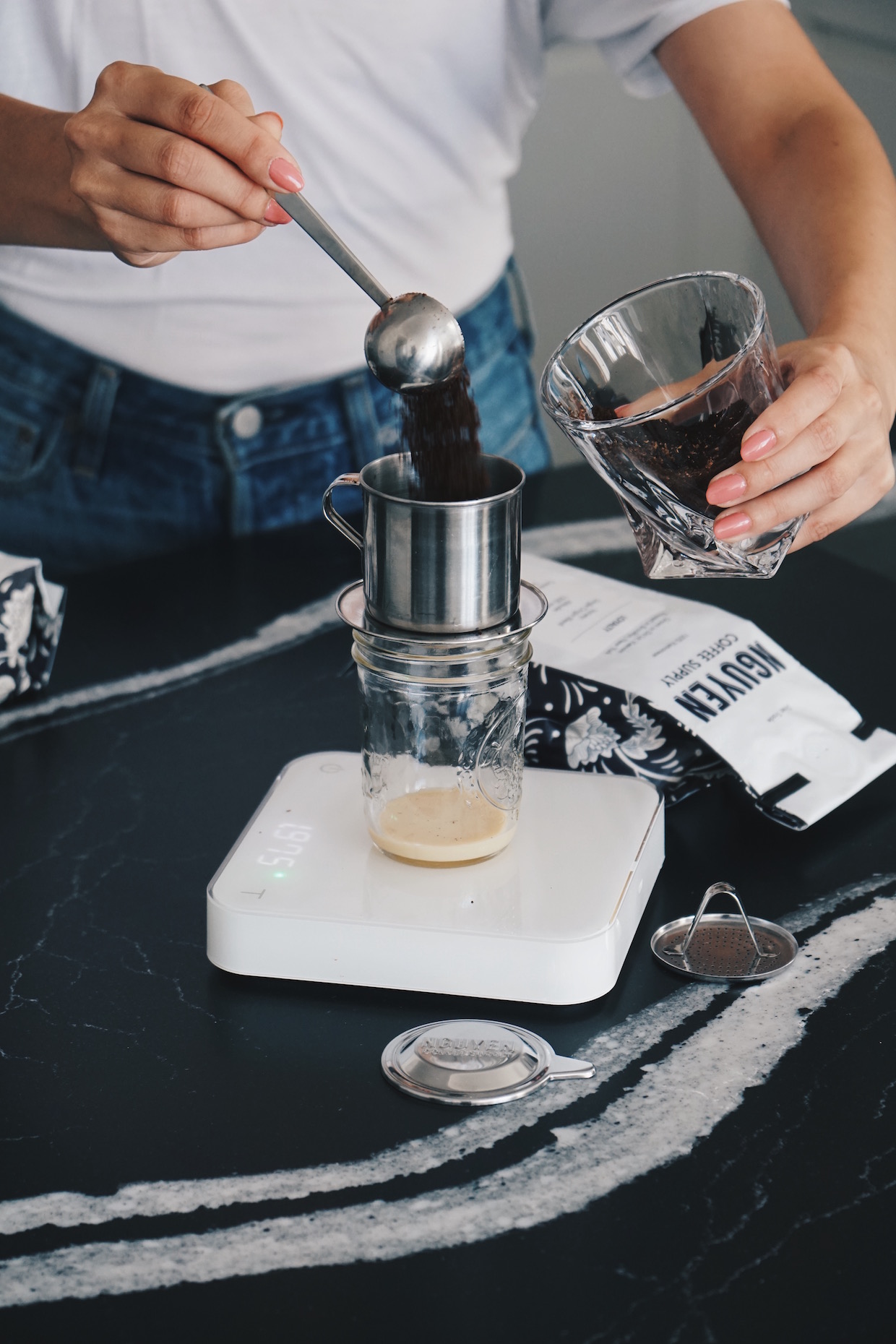 “There are several variations we can currently find on the market [in Vietnam], including different materials like aluminum or brass, finer filters, screw down filter press instead of the drop style, and fun colors, including gold or matte colors,” said Nguyen. “We’ll definitely be offering creative iterations in the future, including bigger phins for more servings per brew and different colors.”

While it does take time and require some attention like any manual brew method, Nguyen said phin coffee was nevertheless the most popular item on the menu of the Cafe Phin pop-up NCS held inside a restaurant on fast-paced New York City’s Lower East Side. 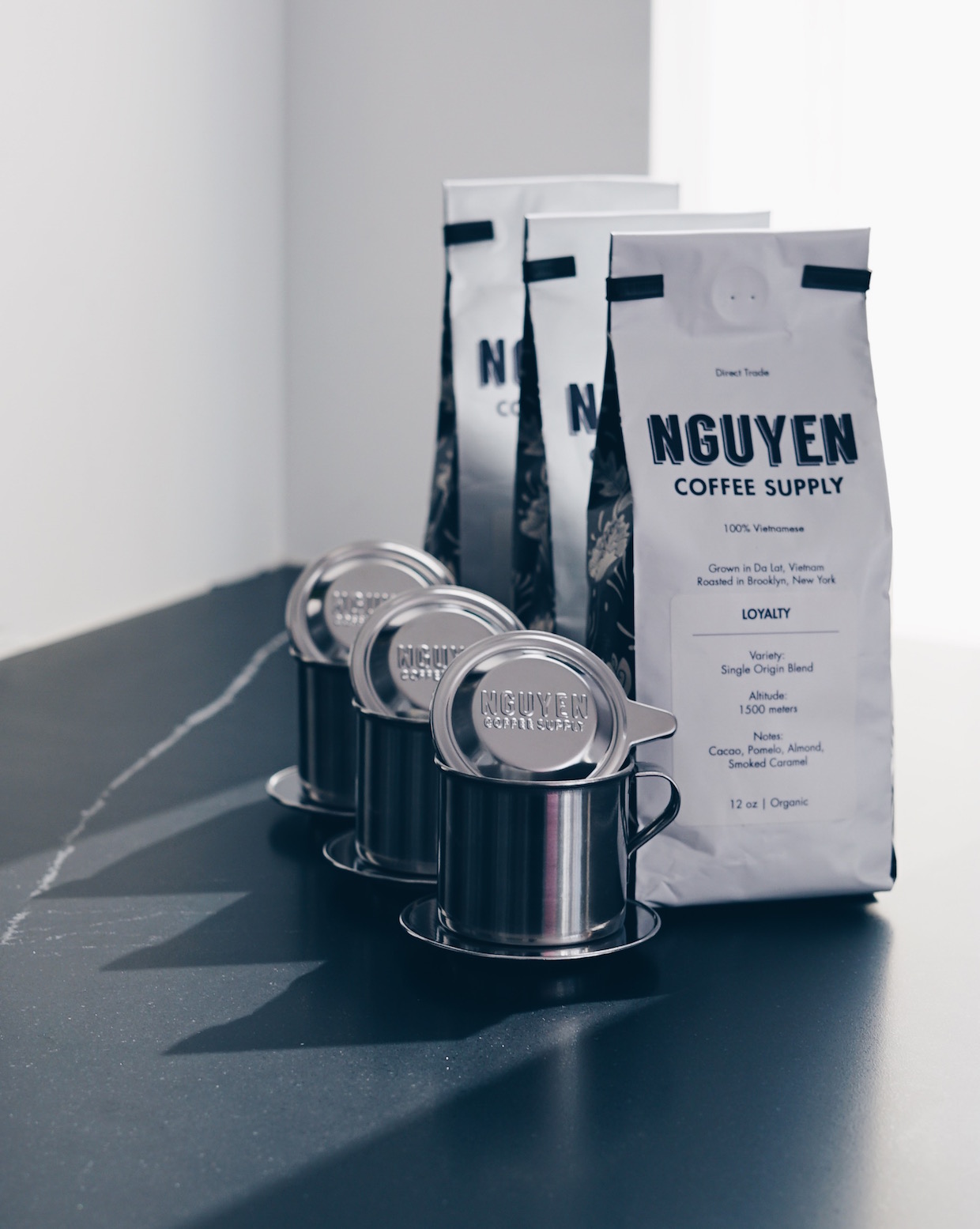 “While the phin is considered a slow drip method, it’s about the same amount of time as a single-serve pourover, and sometimes less, considering we’re working with less fluid volume,” said Nguyen. “Saigon is perhaps one of the most fast-paced, round-the-clock cities in the world, and you still see folks enjoying phin on the streets and in fancy hotels alike. The staying power of the phin speaks to its efficacy and timelessness.”

That pop-up is currently closed, but Nguyen said a permanent follow-up brick-and-mortar cafe is slated to open early next year. In the meantime, the company is still roasting for direct-to-consumer and wholesale sales. 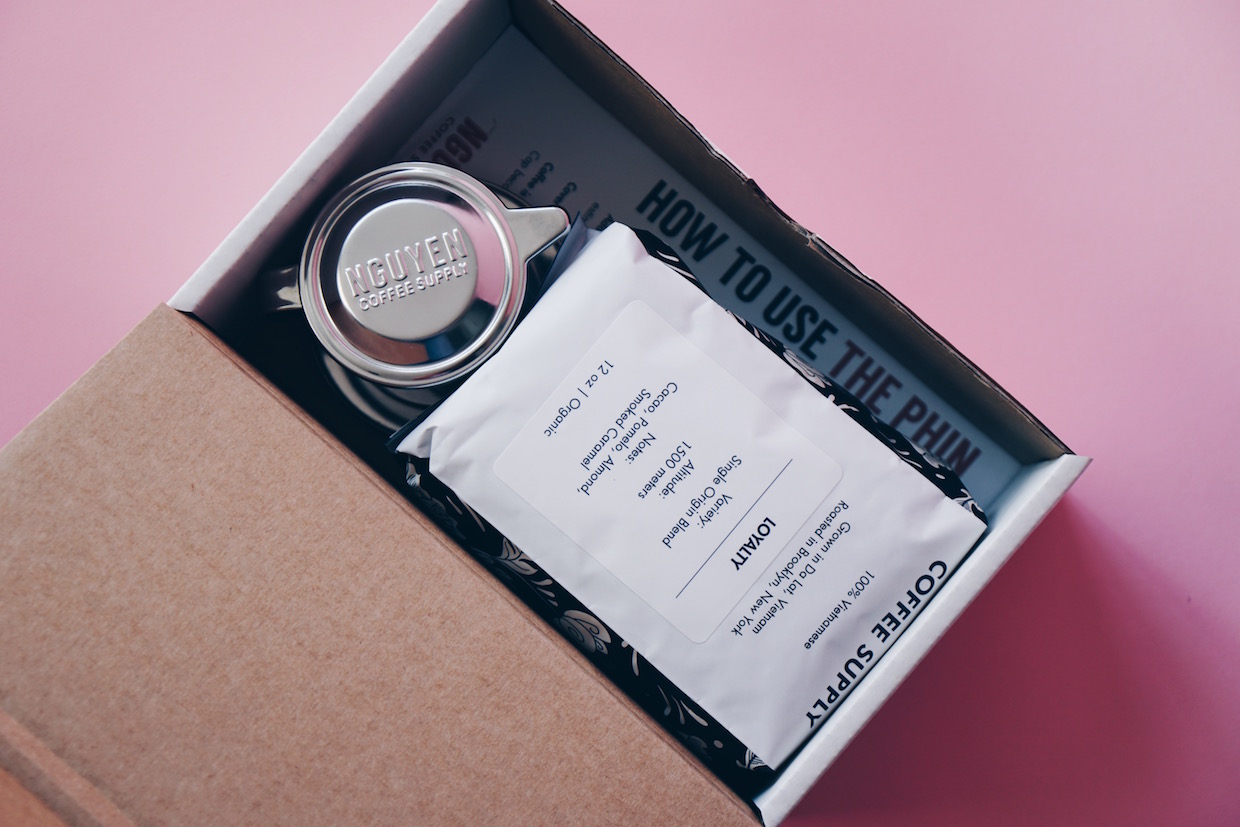