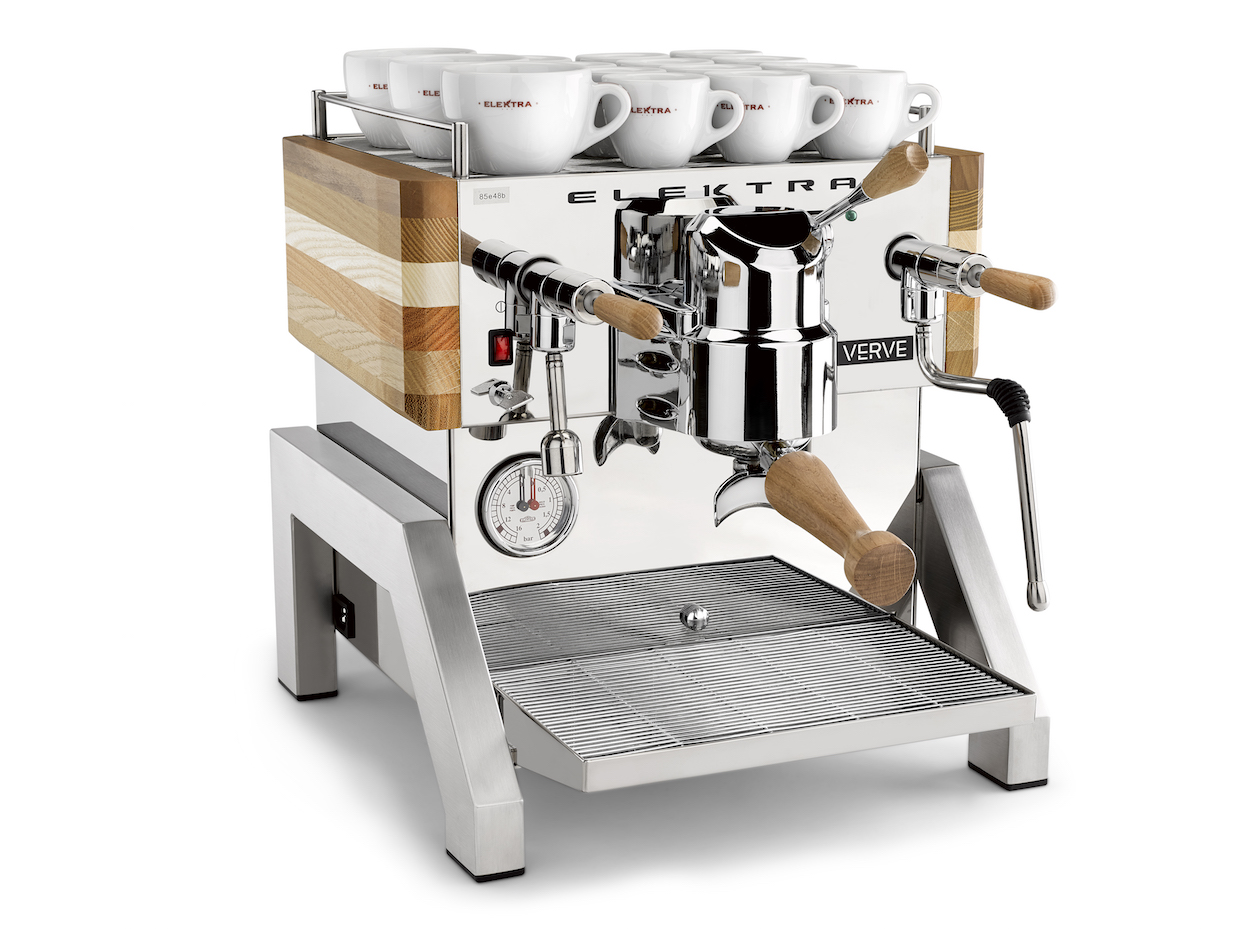 The Elektra Verve espresso machine. All images courtesy of Elektra.

The launch of the light commercial or prosumer class Verve machine is one of the company’s first acts following its acquisition by Carimali and the subsequent appointment of new CEO Alessio Pezzoni earlier this year.

The Elektra Verve machine also continues the 52-year-old brand’s push towards new heights of both tech and design.

“With this machine, Elektra proves that is possible to combine design and tradition with the most advanced technology,” Elektra Marketing Manager Mariaelena Zanocco told Daily Coffee News. “The Elektra Indie inspires the Elektra Verve to combine the best performance with the highest brewing quality in a compact, refined design.”

Mechanically, the Verve is Elektra’s first single-group prosumer machine to offer independent insulated brew and steam boilers. It also moves away from the classic E61 group head design in favor of a saturated group head with programmable pre-infusion controlled by an app. The machine’s commercial-grade rotary pump can pull water either from a direct plumbing line or from an on-board 5-liter reservoir with built-in filtration. 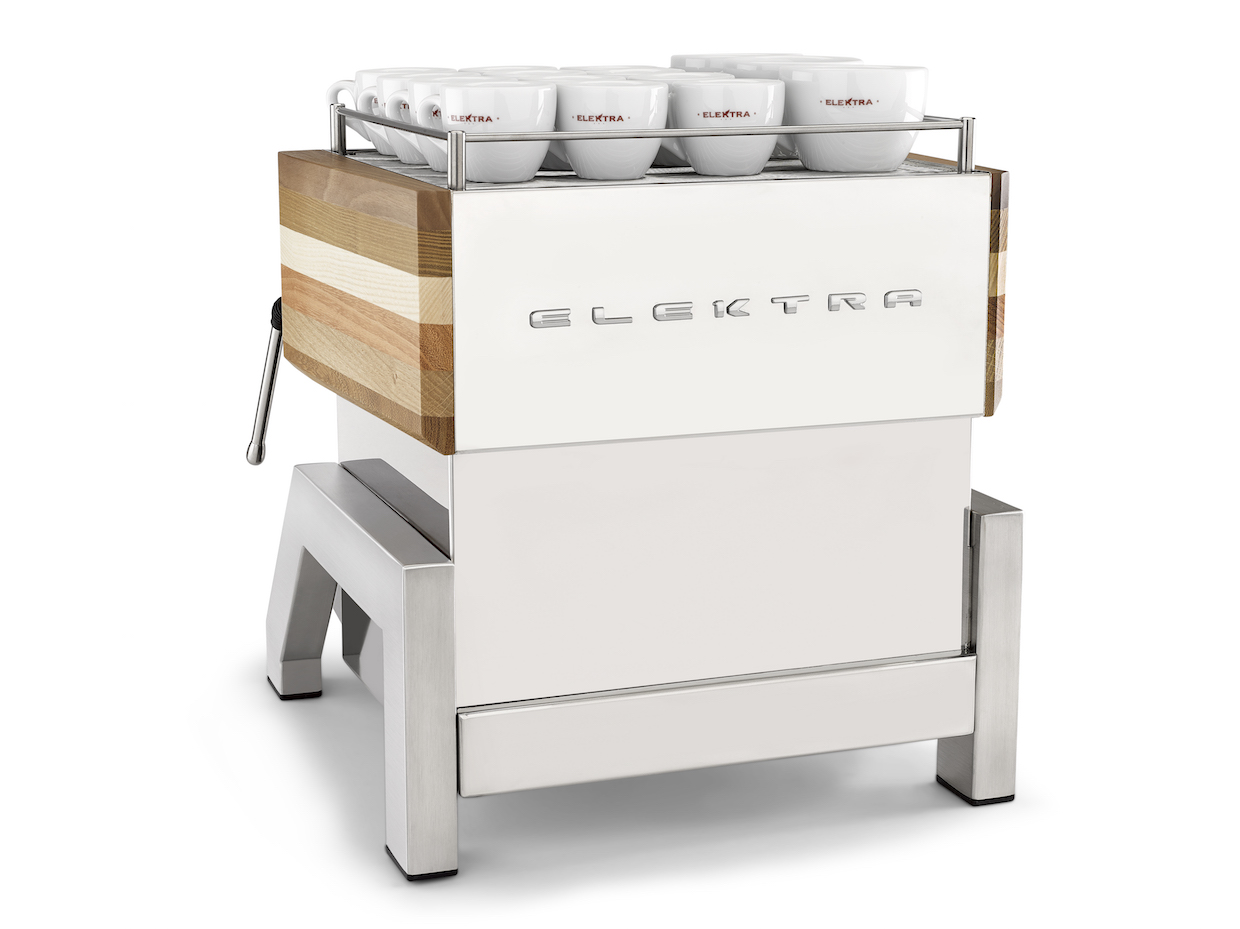 The Elektra Verve is available with several wood siding finishes, including a six-wood stripe combination.

On the outside, the Verve’s wooden side panels and accents bring natural warmth to a machine whose right angles and strong support legs also recall that of the Indie, Elektra’s highest-tech commercial machine to date. The prototype of the Indie — featuring individuated touchscreen group heads that not only offer independent temperature and volumetric profiling, but can also be individually removed for service while the others remain fully functional — was revealed at the 2016 SCA Expo prior to entering the market in 2017.

Like the release of the Indie, the Verve is particularly notable for its contrast to the rest of Elektra’s consumer and prosumer machines, which for the most part have leaned on more classic, vintage designs. Its longstanding manual lever machine, the Micro Casa a Leva, hasn’t changed much since its introduction in the early 1960s, while Verve’s closest predecessor in the Elektra single-group line, called the Sixties, centers on an E61 group head and single-boiler heat-exchanger design.

Exterior wood finish options include oak, ash or a six-wood stripe combination. Matching portafilters, tampers and other accessories will also be available. Zanocco said the first Elektra Verve orders will be fulfilled in Europe starting in early 2020. Distribution is set to spread to other markets in the months that follow, with a list price expected to land at less than €3,000 (currently $3,327 USD).

I have a 2 group Sixties Gold finish. If I were to replace this excellent home machine with new features like double boiler I would not want to sacrifice the button dosing controls that create a reputable dose. I also would not want to give up the fast steam pressure recovery of a high powered machine. I love the look but shudder at the loss of functionality.