A New Den for The Coffee Fox in Savannah, Georgia 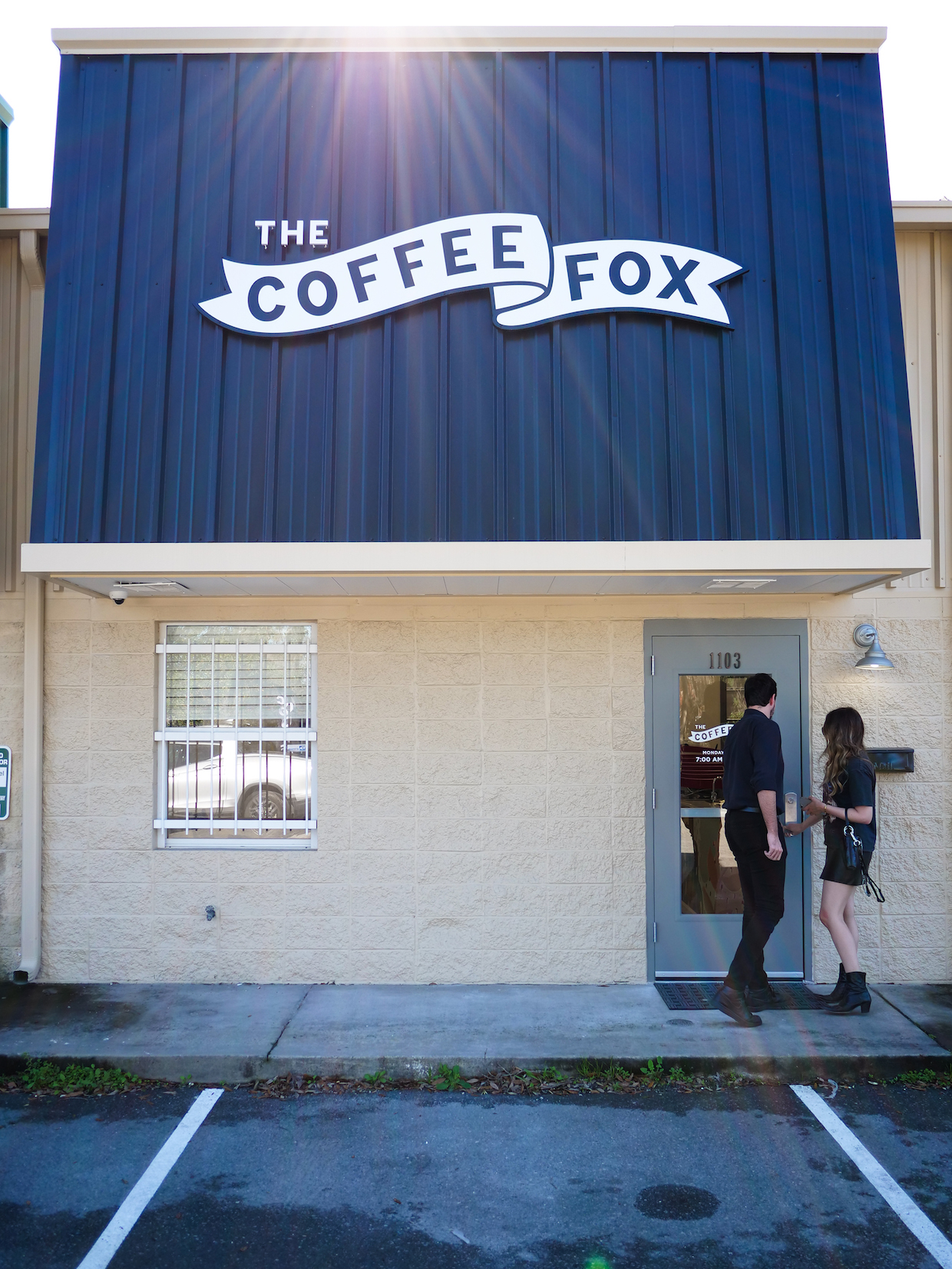 The new Coffee Fox location in West Savannah. Photo by Jon Chandler. All photos courtesy of The Coffee Fox.

Roam around Savannah, Georgia, long enough and you’re likely to run across some kind of cafe with a name that references foxes.

Each of these coffee dens, so to speak, is in part the brainchild of Jennifer Jenkins, who this week is opening a second location under the name The Coffee Fox, the most coffee-focused brand within the skulk of fox-themed cafes, which includes Foxy Loxy Cafe, Henny Penny Cafe, and Fox & Fig Cafe.

Jenkins told Daily Coffee News that no two concepts are alike, which oddly enough makes Coffee Fox unique in that it does have a brand forebear. Said Jenkins, “Usually what I’ve done is create a whole new name, a whole new concept, and with new ownership structure on the back end.” 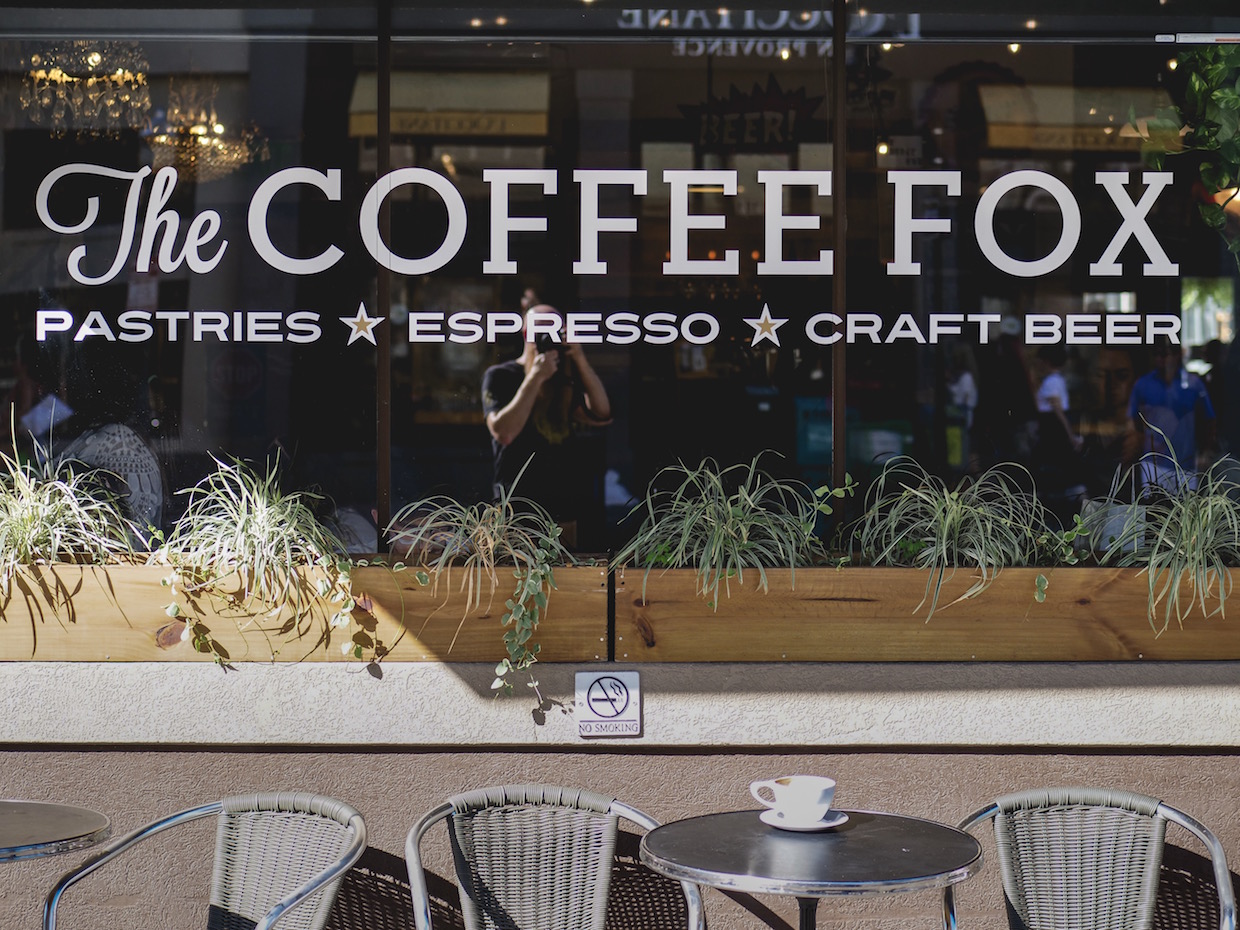 In terms of concept, Foxy Loxy has a more Southwestern restaurant vibe complete with a Tex-Mex food menu; Henny Penny is geared towards new families and staffed with a full-time art teacher who leads art classes and activities for children; and the Fox & Fig is a vegan cafe that offers a larger seating area.

Each concept involves a unique food program with various types of beverages — coffee, alcoholic or other — although a common string through all of them is the pursuit of programming beyond just food and beverage. Said Jenkins, “I’m very interested in what all you can marry with a cafe and the community.” 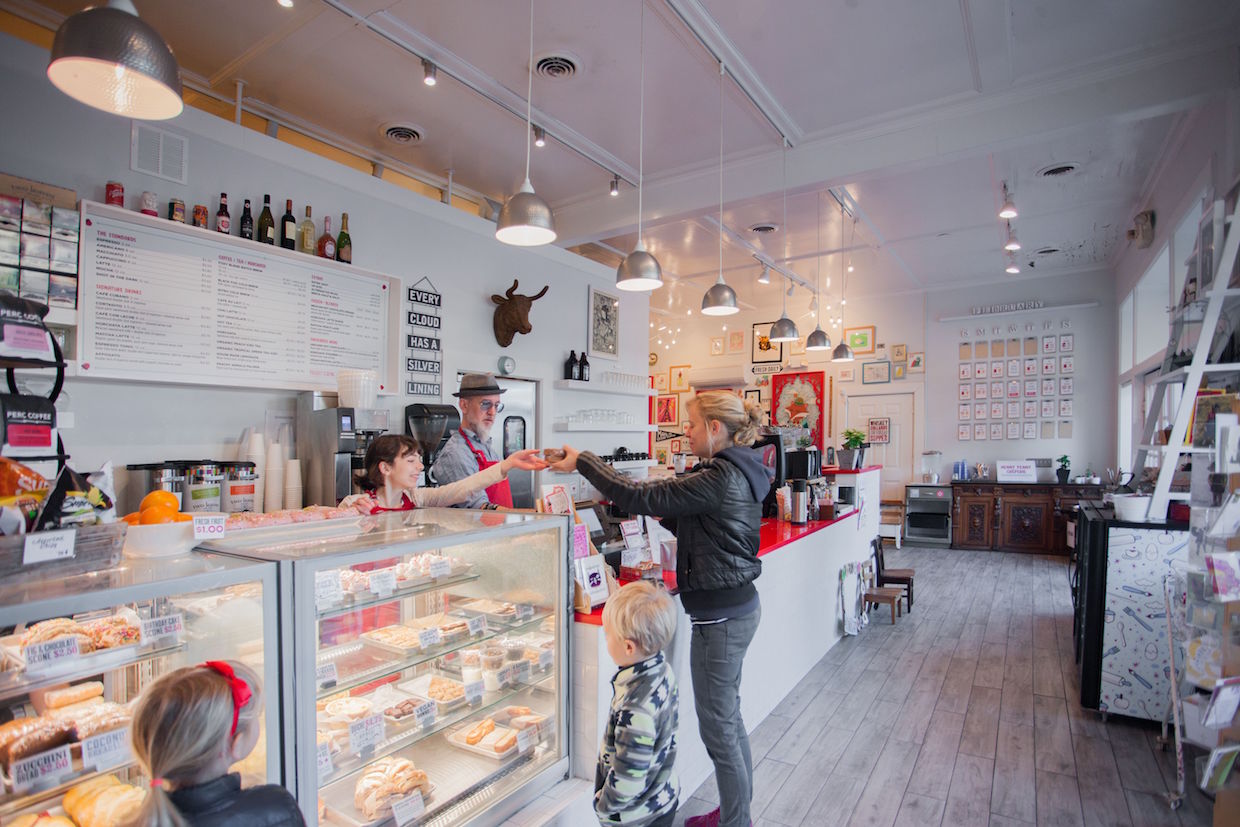 Each Fox-themed cafe is equipped with a Nuova Simonelli espresso machine and Nuova Simonelli Mythos grinders, while Mahlkönig EK43’s provide grounds for Fetco batch brewers. Still and nitro cold brew is also on tap at all locations.

The most coffee-intense of all the Fox spots, the new Coffee Fox will also be used as a training location for baristas. The shop is equipped with one of the Victoria Arduino Black Eagle machines that was used on the competition stage at the 2019 World Barista Championship in Boston in 2019. 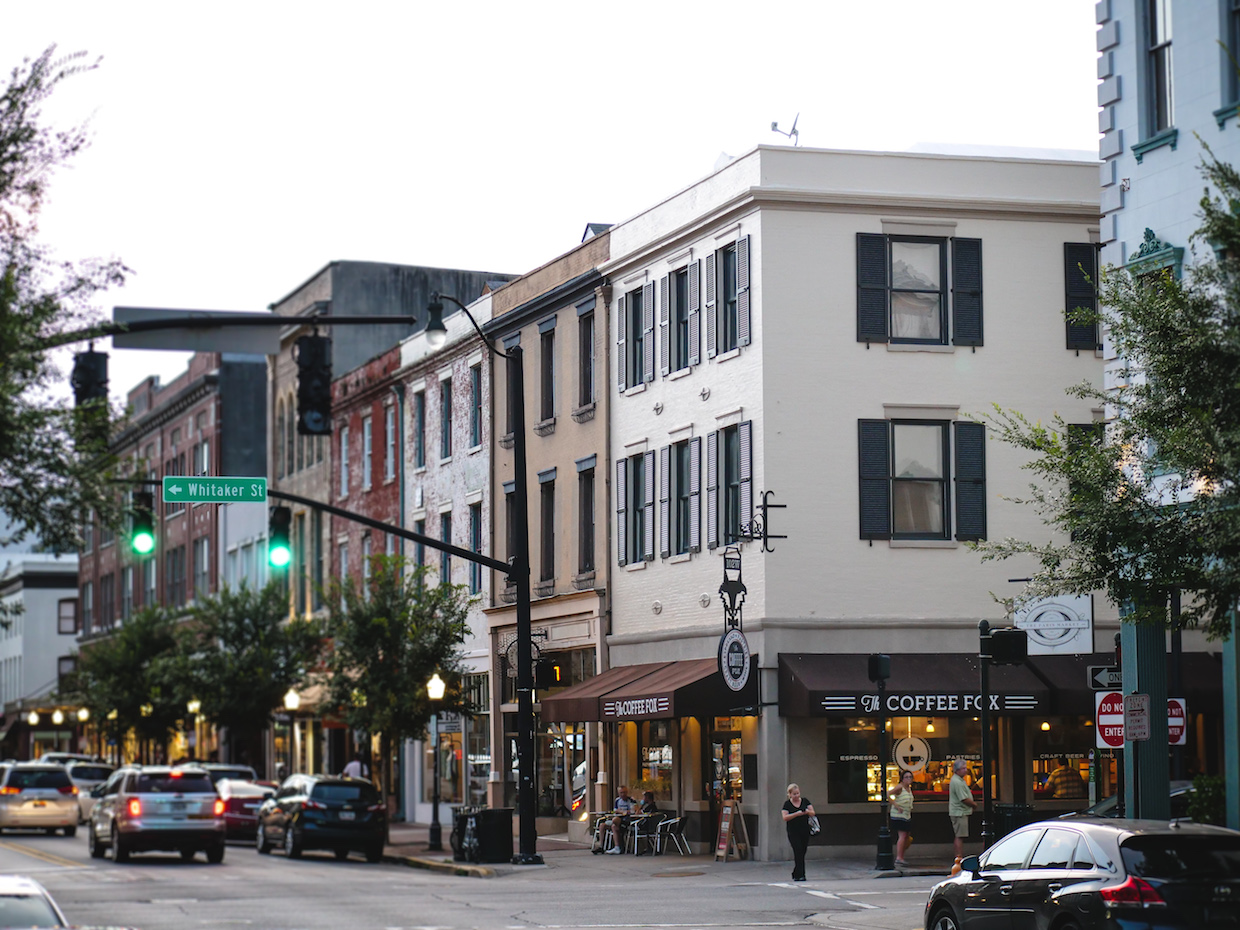 “When I saw this equipment in Boston and was totally blown away,” Jenkins said, “I bought one of the competition machines immediately after SCA.”

The coffee for all these businesses comes from the Savannah’s own nationally renowned roasting company PERC Coffee, with which Jenkins has worked since the opening of Foxy Loxy in 2011. 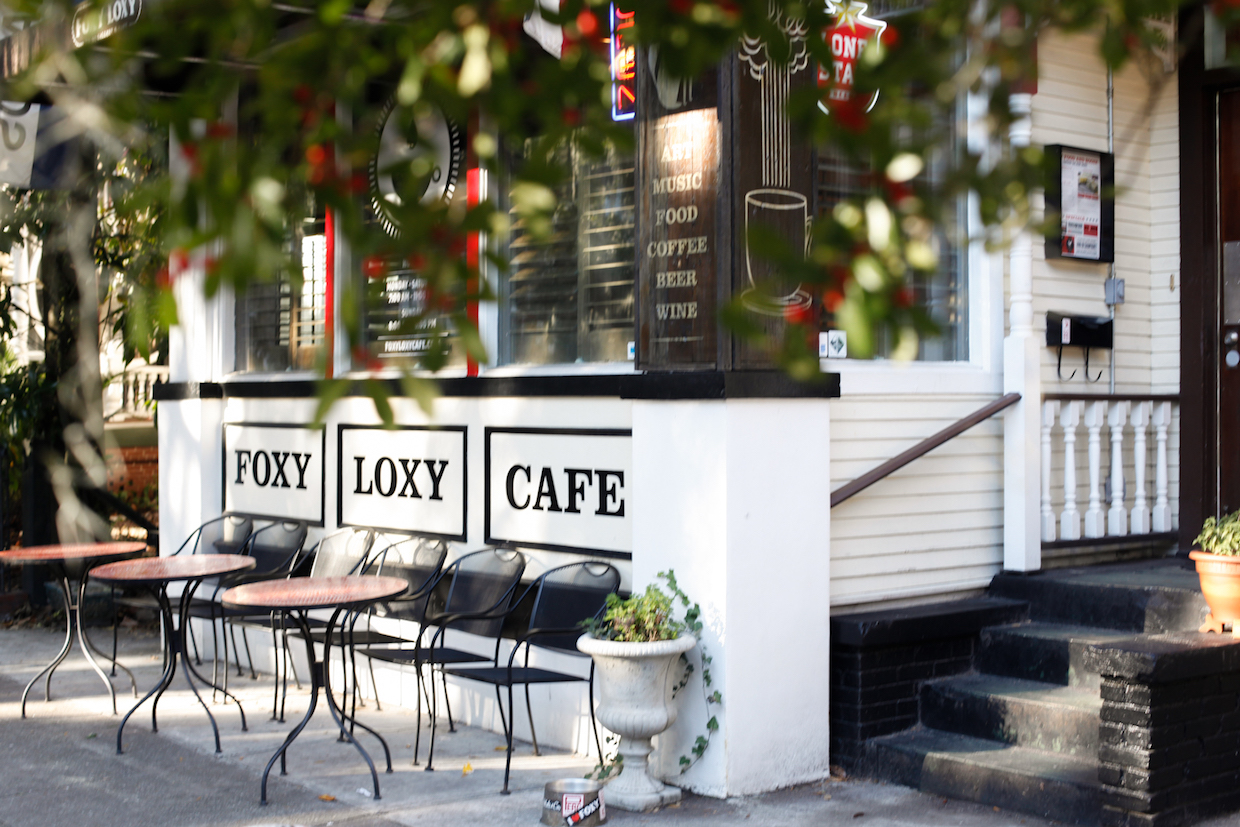 Jenkins told DCN that the new Coffee Fox cafe is designed to be as “barista friendly” as possible, and that the facility will close to customers at 3 p.m. while remaining open to staff for training and education.

“This is the first coffee bar that doesn’t have a right angle in it, so I want to take advantage of that to make it as fluid as possible for the staff,” she said. “Our main challenge at our other cafes is to keep up with the volume and to maintain quality — and it takes longer than it should to train.”

Jenkins has incorporated a house training program inspired by a past trip to the former Barista Guild of America’s (now Barista Guild) Camp Pull-a-Shot. As part of the multistep barista training program, new baristas are also asked to attend three coffee education classes at Perc. 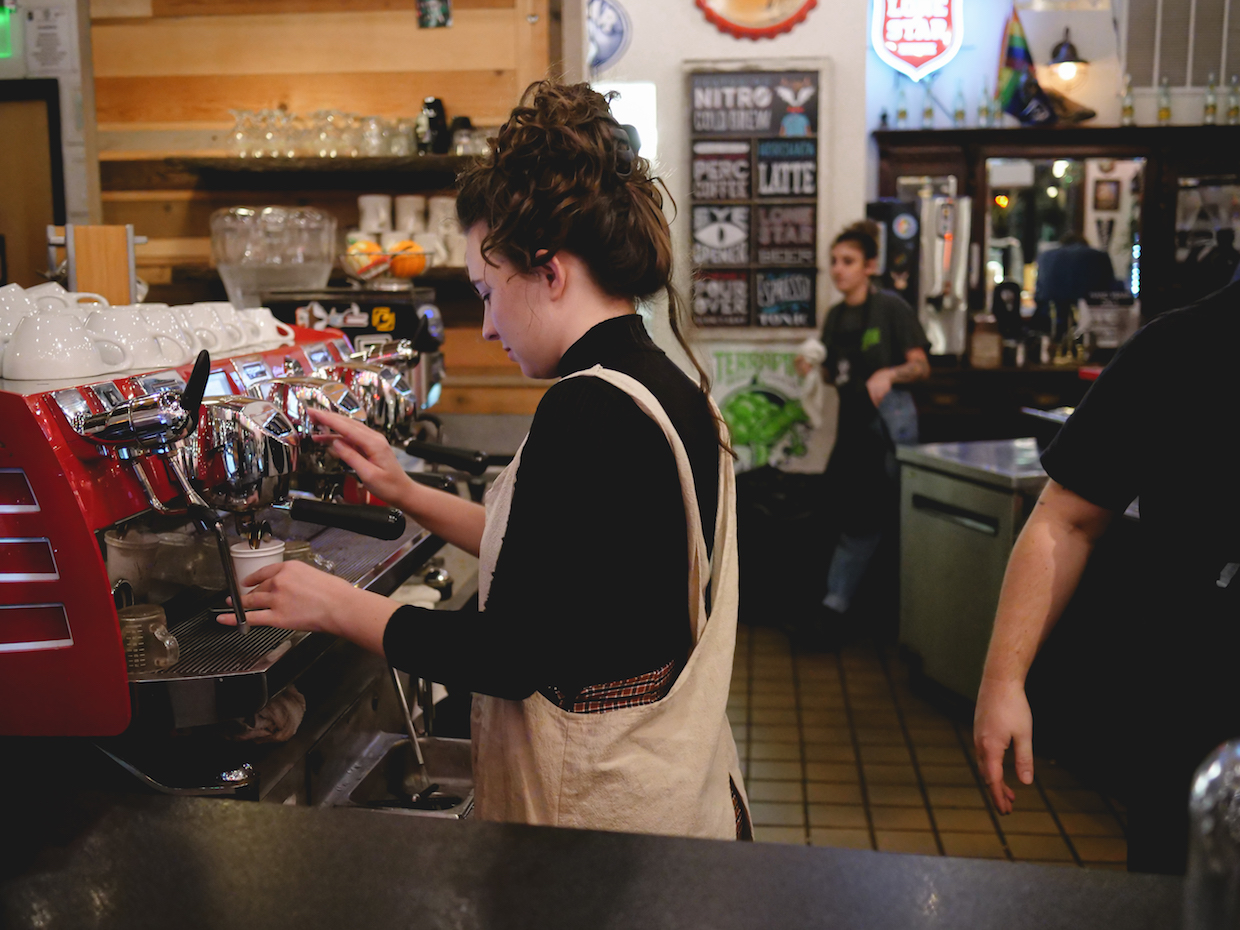 The original downtown Coffee Fox features a Nuova Simonelli Black Eagle espresso machine that matches the machine at the new location, which was used during the 2019 World Barista Championship in Boston. Courtesy photo by Jon Chandler.

While giving baristas the opportunity to train during business hours in a comfortable environment, Jenkins and the rest of the leadership team are hoping to provide peak coffee quality and consistency at each unique location.

“Each one of the cafes sort of represents a stage of my life,” said Jenkins. “And with each new cafe I try to build upon the experience of the last. I’ve always been interested in building a community around the coffee ritual, and that’s what we’re trying to do.”

The Coffee Fox’s second location is scheduled to open this month at 1103 Louisville Rd in West Savannah.

[Editor’s note: An earlier version of this story incorrectly stated that the manufacturer of the Black Eagle espresso machine was Nuova Simonelli. The Black Eagle machines were in fact made by Victoria Arduino and sold by the Simonelli Group.]

Just a quick editorial note. The espresso machine is the Victoria Arduino Black Eagle, one of two brands sold by the Simonelli Group and through Nuova Distribution (Simonelli, USA).