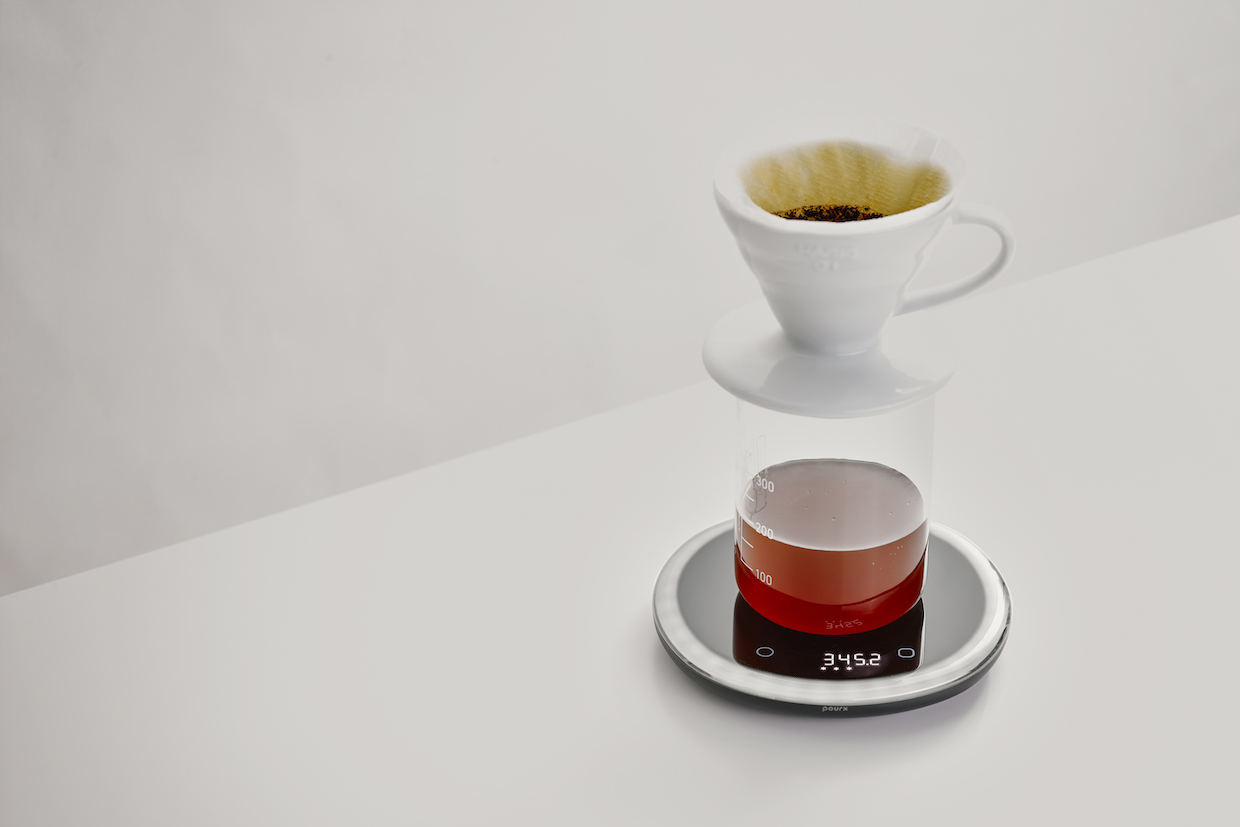 The PourX Oura coffee scale. All photos courtesy of PourX.

The PourX Oura scale, designed by the team behind the Jimmy Scale now sold by Hiroia, features an LED-loaded exterior edge that glows different colors and patterns to guide users through various stages of brewing.

Users can perform an entire brew without being troubled by numbers at all, simply by obeying the Oura’s color-coded commands. 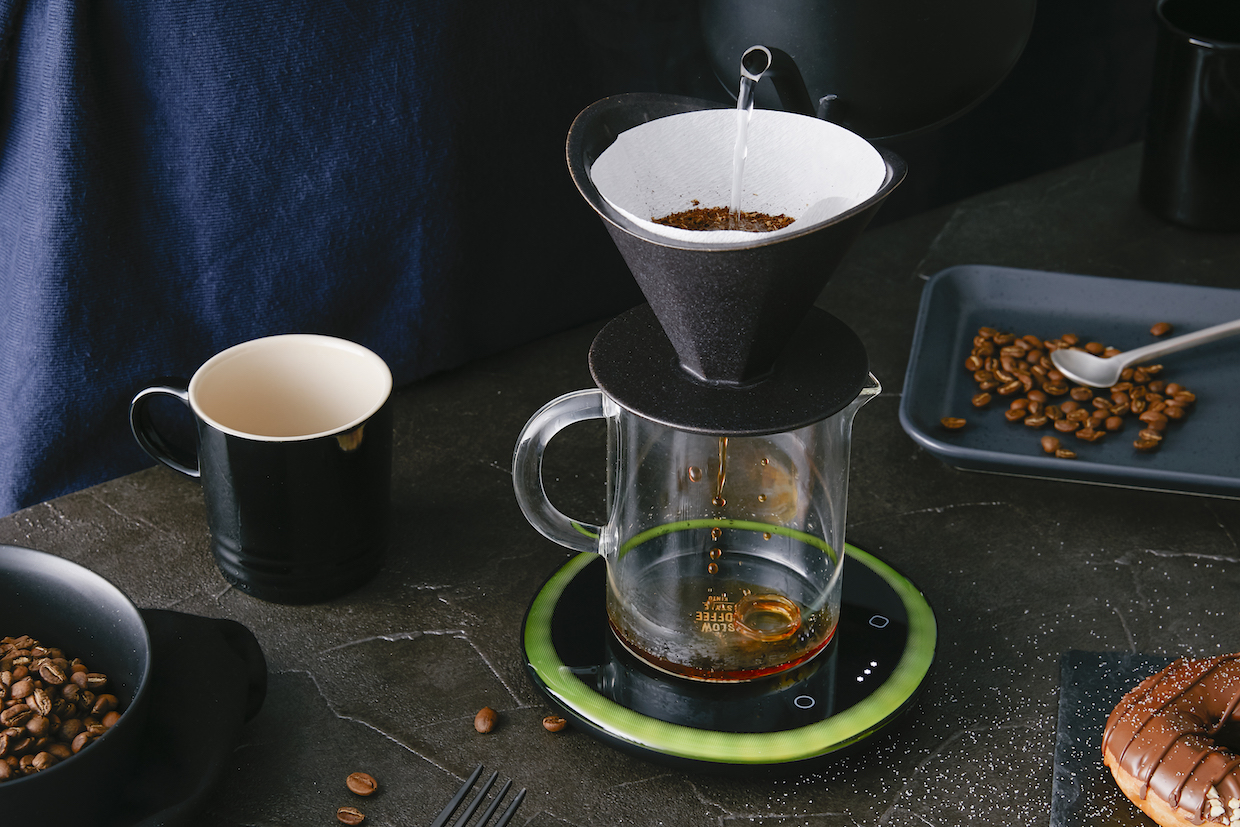 The waterproof, rechargeable scale also has modes for basic weighing and for more traditional pourover use, displaying time and weight numerically on its face. Yet by communicating wirelessly with handheld devices, the scale is also supplemented by an app that facilitates brew recipe sharing and generates graphs that chart pouring profiles for each brew. Space is also provided for inputting details about each coffee, brewer, cup character and more.

“After developing the Jimmy Detachable Smart Scale, we started to realize the importance of the coffee-to-water ratio and the process during pouring water, but calculating and thinking about the complicated brewing data while making pour over is actually pretty hard,” PourX Director Jimmy Chen told Daily Coffee News. “Therefore, we decided to design a ‘light-guided’ smart coffee scale which allows people to concentrate on the pourover simply by following the light guide on the device.” 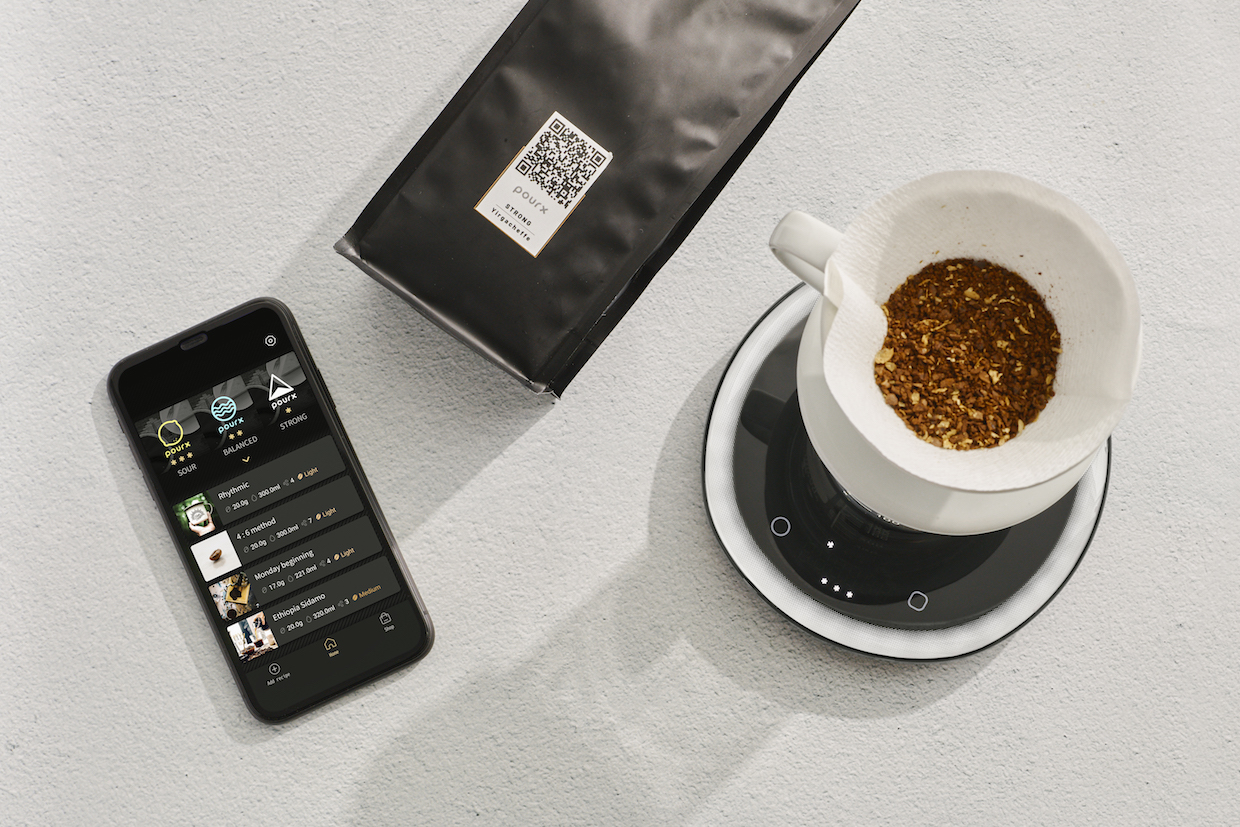 Through its intuitive light-based interface, the Oura is designed to encourage learning and experimenting with different pouring styles while more easily and accurately recreating recipes crafted by professional baristas.

“We hope that Oura can connect every coffee lover,” said Chen, noting that the target audience for the scale is home brewers as well as coffee shops.

The Oura is the first product brought into development by the Taiwan-based PourX company, founded by Chen in November 2019. The anticipated retail price for the Oura launches for sales this fall is $258 (USD). 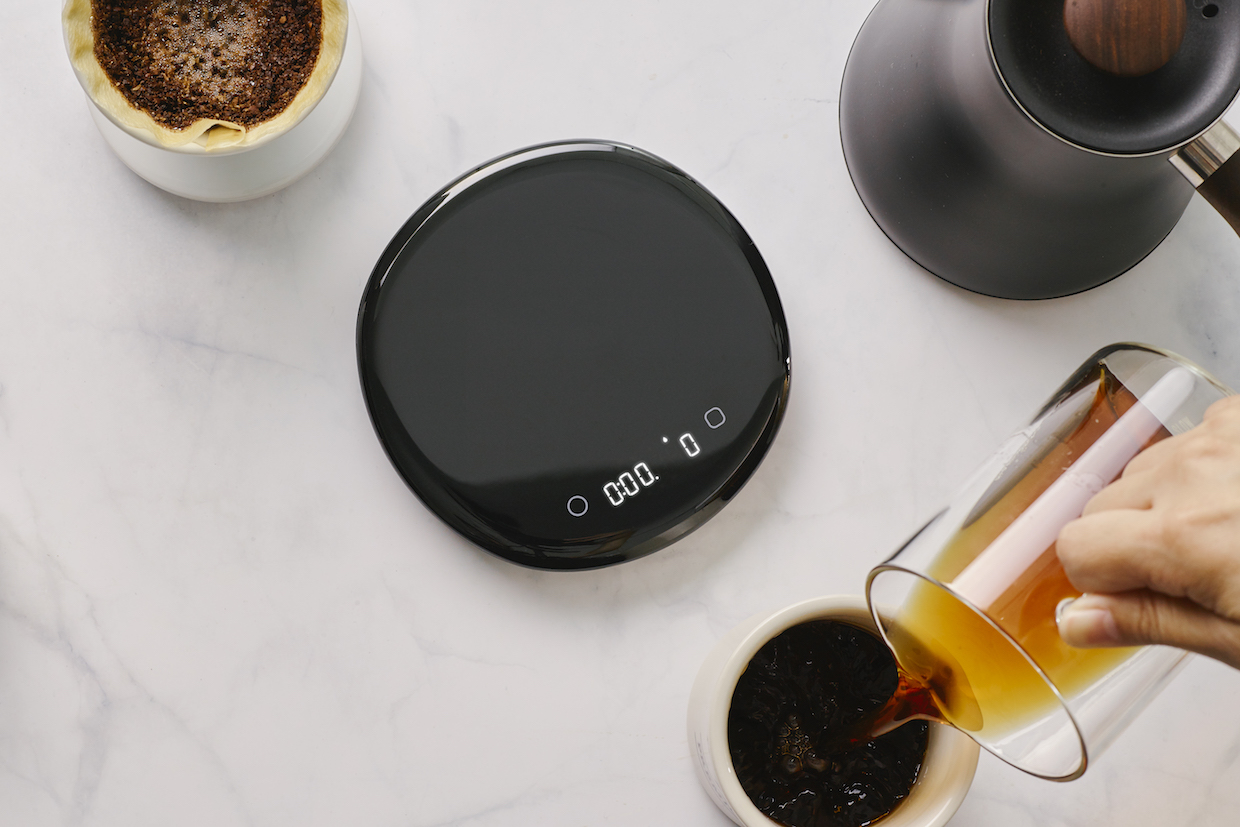 Currently the product has more than a month remaining on a Kickstarter campaign that has raised more than $12,000 as of this writing.