At the New Curate Coffee Collective Co-Roasting Center in Portland 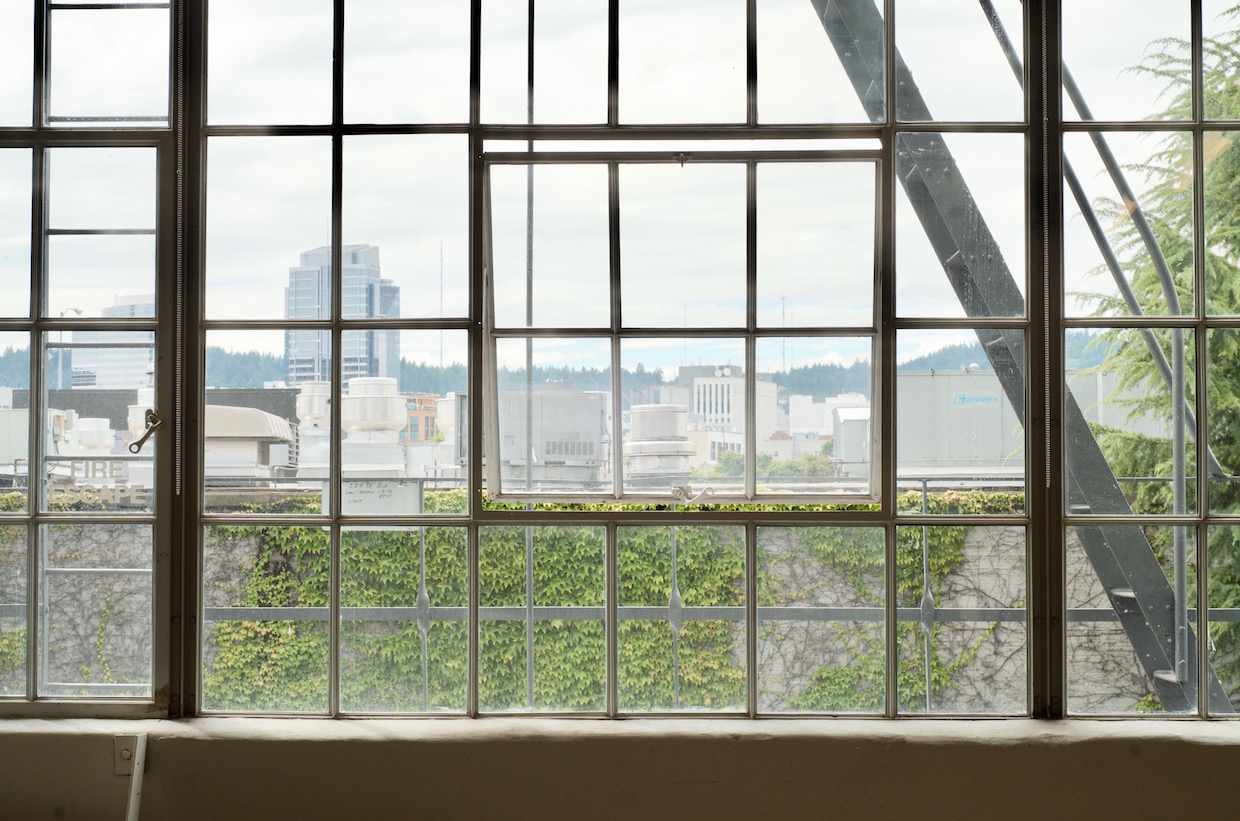 The view from the Curate Coffee Collective in Portland, Oregon. Courtesy photo.

The 5,000-square-foot facility actually pulls triple-duty as the co-roastery, as the official new home base of Torch Coffee Roasters, and as the global headquarters and showroom for roastery equipment manufacturer Sōvda. 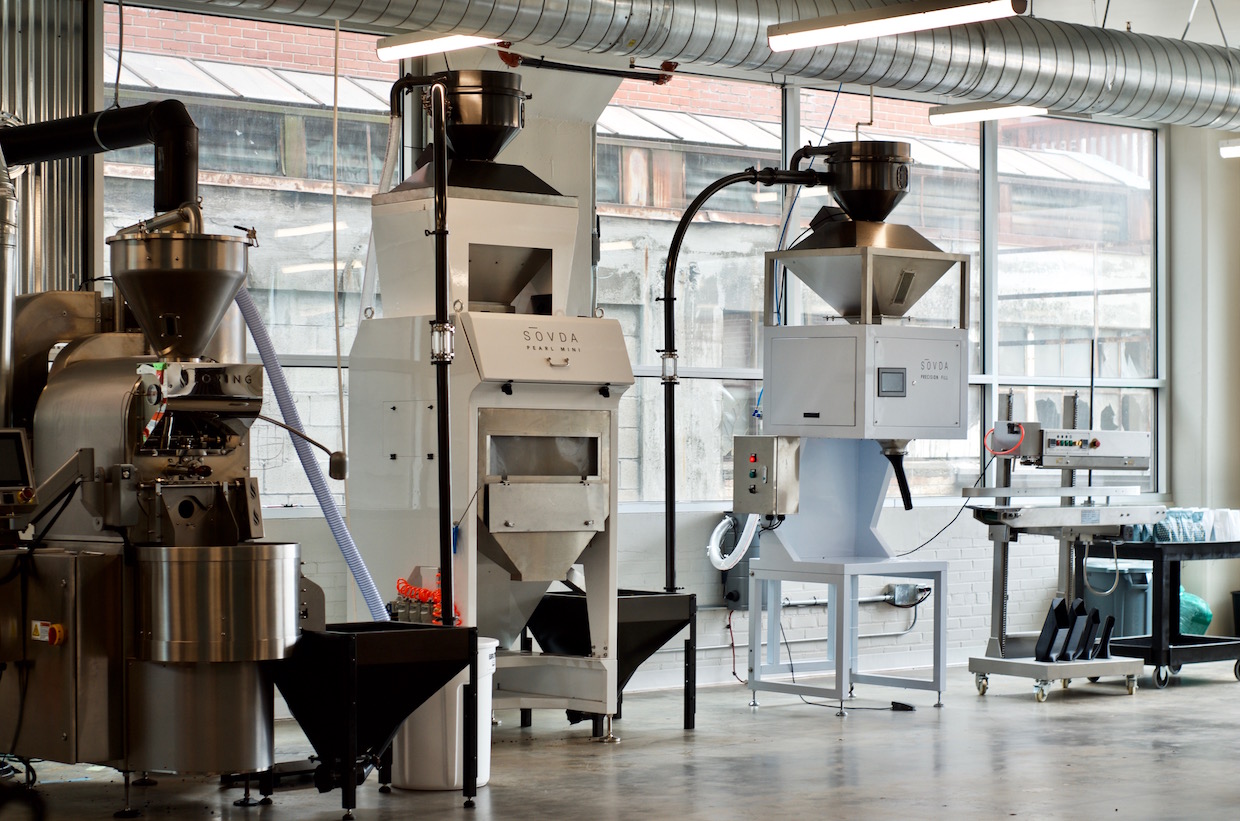 On the floor of the roastery, beans conveyed into a 15-kilo Loring S15 roaster are then sent via Sōvda Precision Lift into a Sōvda Pearl Mini for color sorting prior to being conveyed again to a Sōvda Precision Fill weigh-and-fill machine, next to which stands a nitro-flush band sealer.

Samuel Gurel, co-founder of Sōvda and founder of Torch and Curate, told Daily Coffee News that the facility is designed to accommodate roasting businesses that are new to the industry and need extra assistance and resources, or those that are established and growing beyond their existing setup. 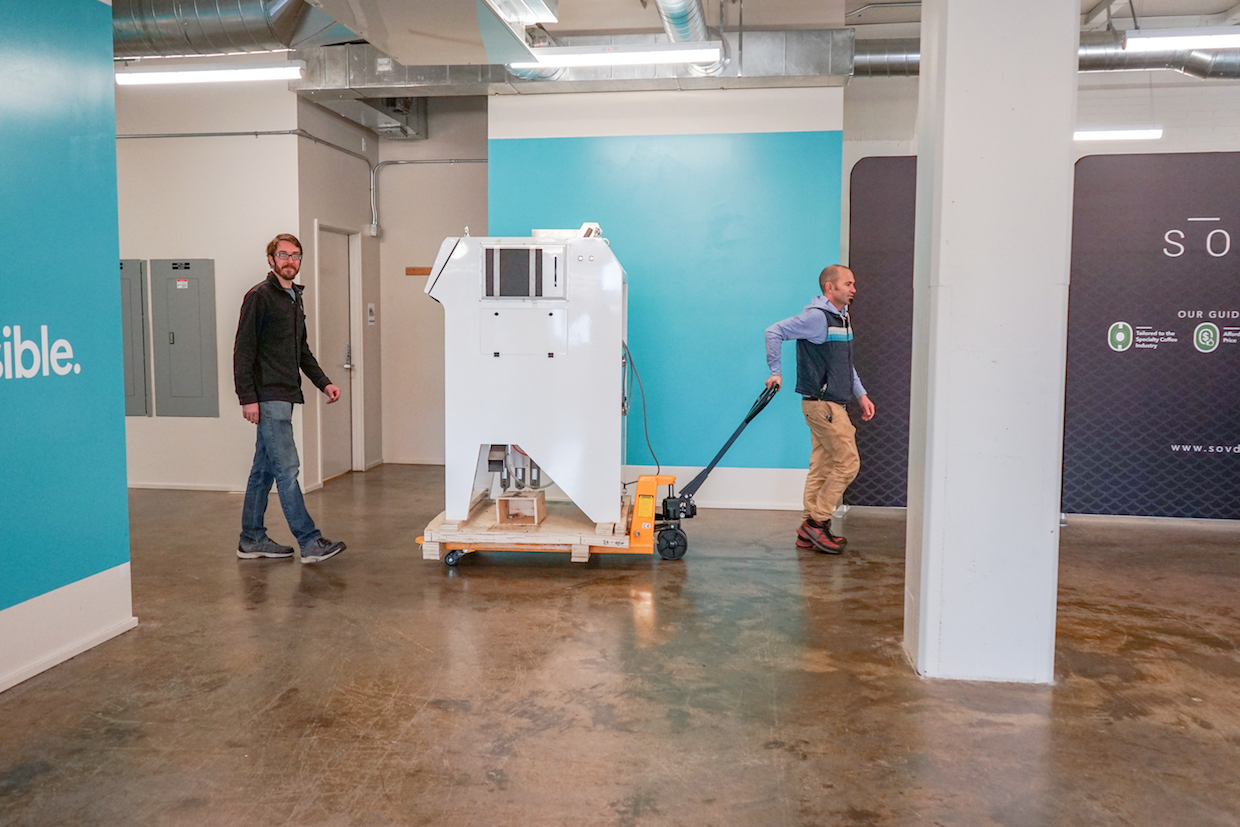 Daily Coffee News photo by Howard Bryman, taken in early March as equipment at the Curate Coffee Collective was being installed.

“We’re looking at serving two different clients, really on either end of the spectrum,” Gurel told DCN. “We built what is the most efficient co-roasting space available in terms of volume and automated packing solutions to specifically provide a solution to people that are doing higher volume, and then at the other end of the spectrum for the people that are just getting going and need quite a bit of support.”

In addition to the Loring and Sōvda-based production system, Curate clients also have access to an on-boarding workshop and a basic roasting tutorial, as well as discounts on more advanced roasting, barista and business-focused classes, including management and business strategy courses administered by the nonprofit educational organization Sustainable Coffee Institute. Gurel is also the founder of SCI, which also now calls the Portland facility home. 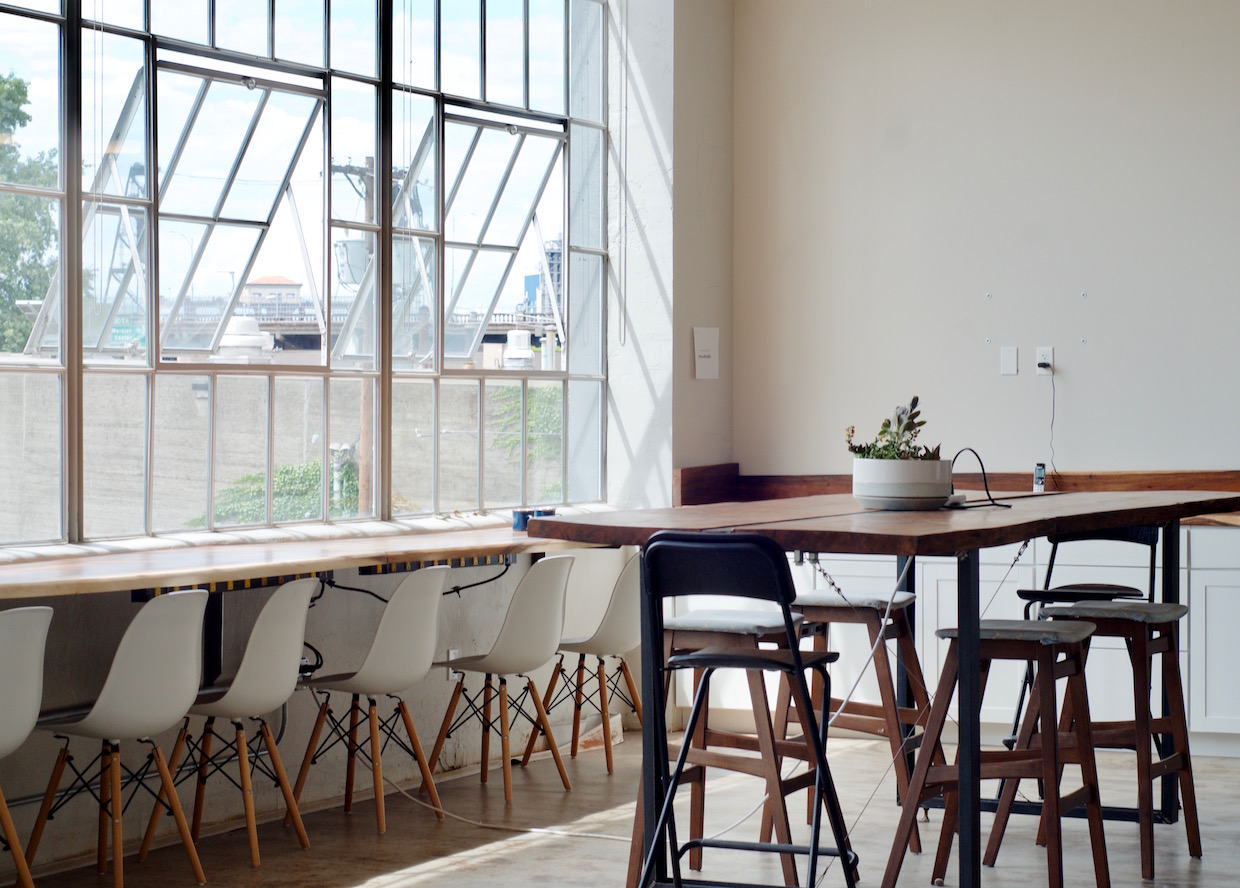 “These are the kinds of tools that people need right now,” said Gurel. “They have to be able to set a strategy for their business, because the old strategy probably now is nonexistent. No matter who you are in the coffee industry, unless you’re in the drive-through business or you only sold to grocery stores or online, which is very few people, your entire business strategy has been upended and you’ve got to rethink things.”

Though there is not currently space for green bean storage on site, CCC does have a concise selection of green coffees available for sale, currently including beans from Myanmar, Rwanda, Yunnan and several from Ethiopia. Also on site is a brightly lit and spacious co-working office space from which clients can base their businesses. 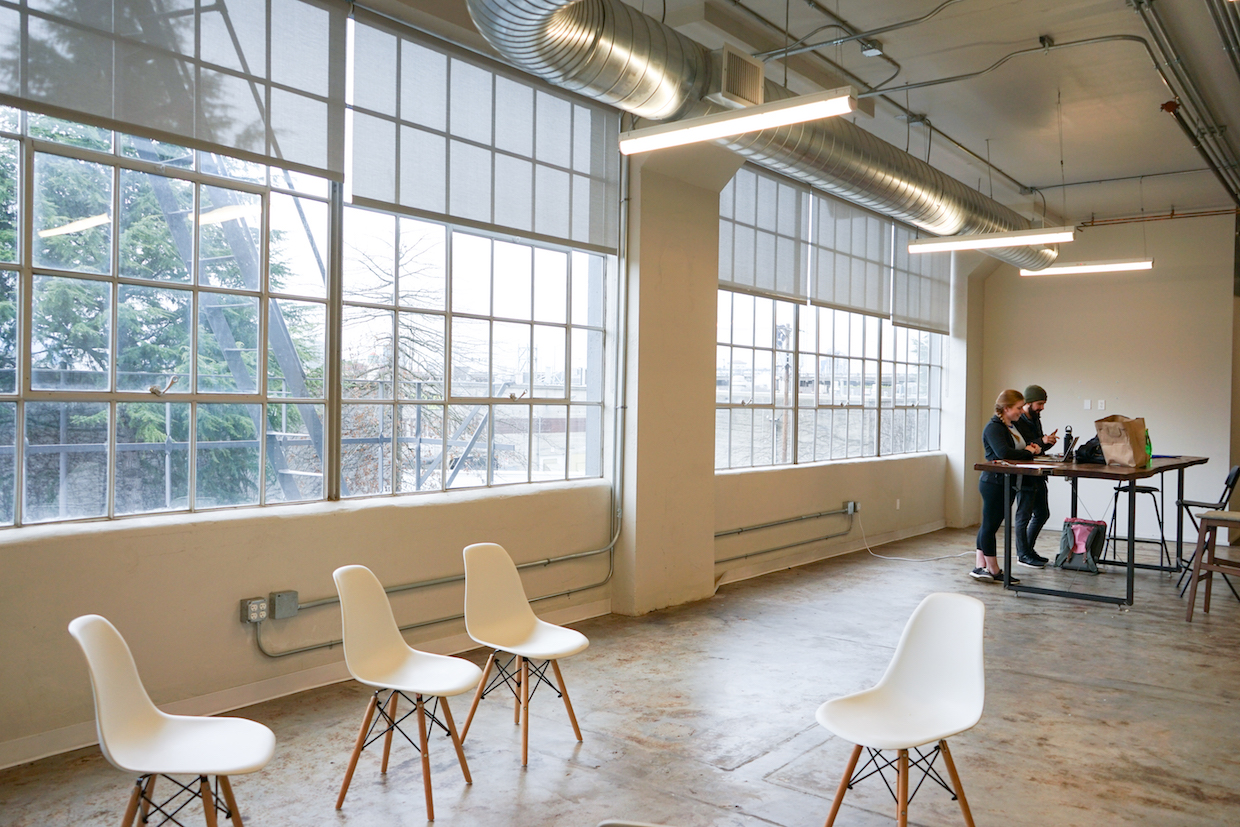 Wi-Fi, a coffee and snack kitchen, a conference room and other business-related resources are available. Clients can send and receive their mail there, including fulfillment of their online coffee orders. Label printing equipment is something Gurel said the group is working on incorporating soon.

The Curate Coffee Collective, which has a sister co-roasting operation in Pu’er, China, had hoped to open the Portland facility with a big splash coinciding with the SCA Expo, which was scheduled to take place in April but was canceled due to the pandemic. 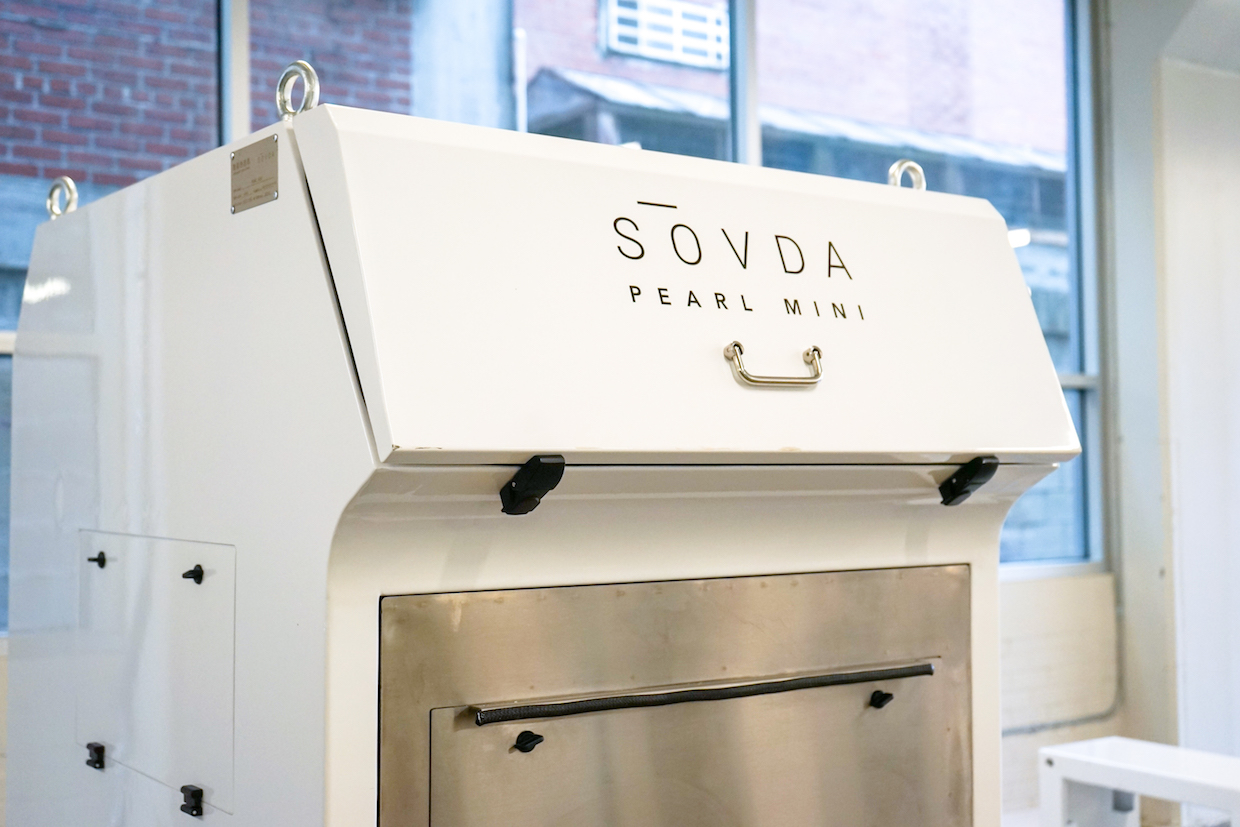 “It’s made the launch go from a boom to extremely super quiet and secretive, but at the same time, there’s never been more of a need for what we do,” said Gurel. “We’re trying to figure out how to make it widely accessible, at the lowest possible price, so that the people that need help can get the help they need to build a strategy for their business and then go execute that strategy. I run into people every day who make amazing coffee who are struggling in their business, and it’s usually not because they’ve done anything wrong. They’ve just never had the opportunity to have access to a lot of business best practices, and when they get those tools, they can excel in their business. So that’s our heart.”

Each month Curate clients pay hourly fees for access to the equipment and related services. Fees range from $75 for one hour per week down to $40 per hour for 32 hours per week, with multiple tiers in between. Curate is currently in a soft-opening mode and is accepting applications for new members now. Its official launch occurs with its first Beginner Roasting class this Saturday, July 18. 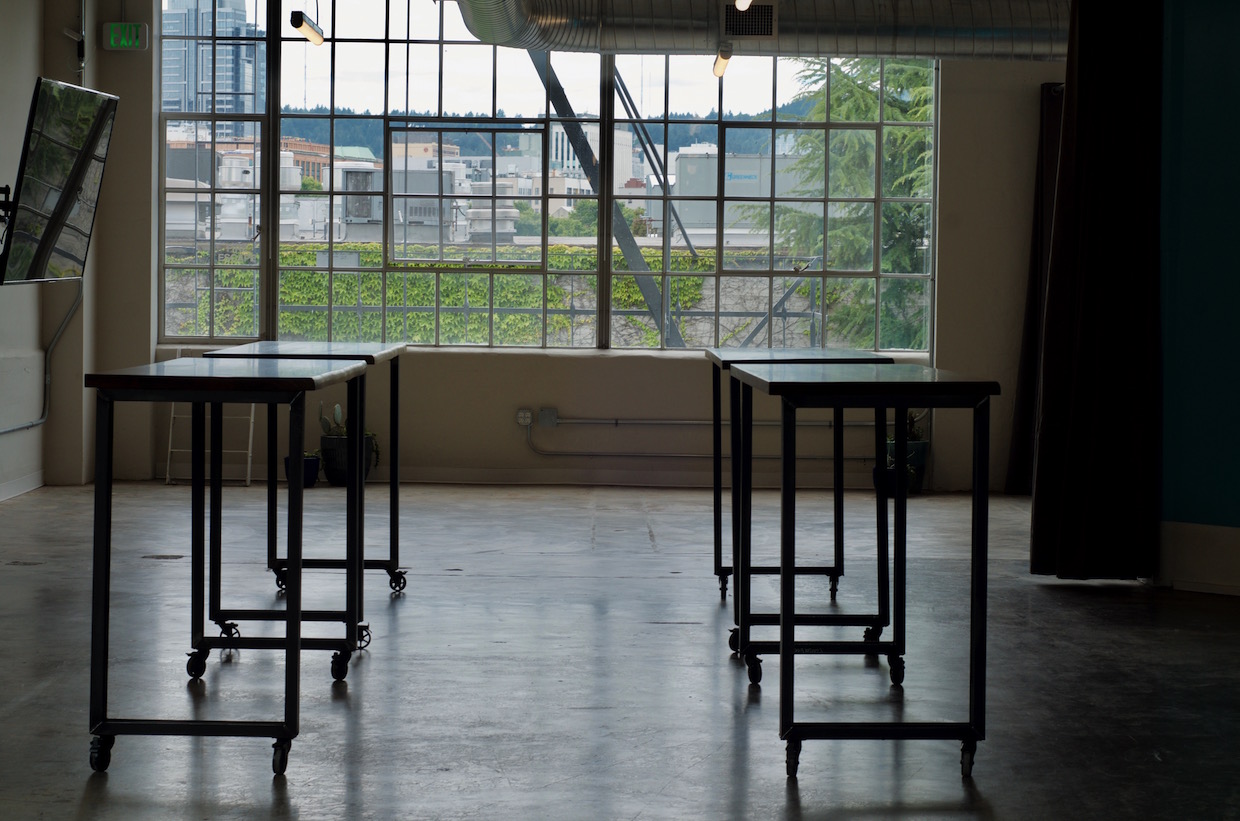 The first Q Grading education class will occur Aug. 17 as a sort of test of COVID-19-adjusted protocols established between CQI and Torch. Yet beyond social distancing, mask-wearing and hand-washing, for Gurel the entire mission of Curate Coffee Collective is a contribution to public health and generally stronger community.

“Overly stressed-out people don’t make very great members of society, and business can be the most stress-provoking thing there is,” said Gurel. “It can take an emotional toll on us, and that emotional toll can eventually even affect our health. My motivation in the coffee industry is to be a support to those business people, and help give them tools to make their business run better.” 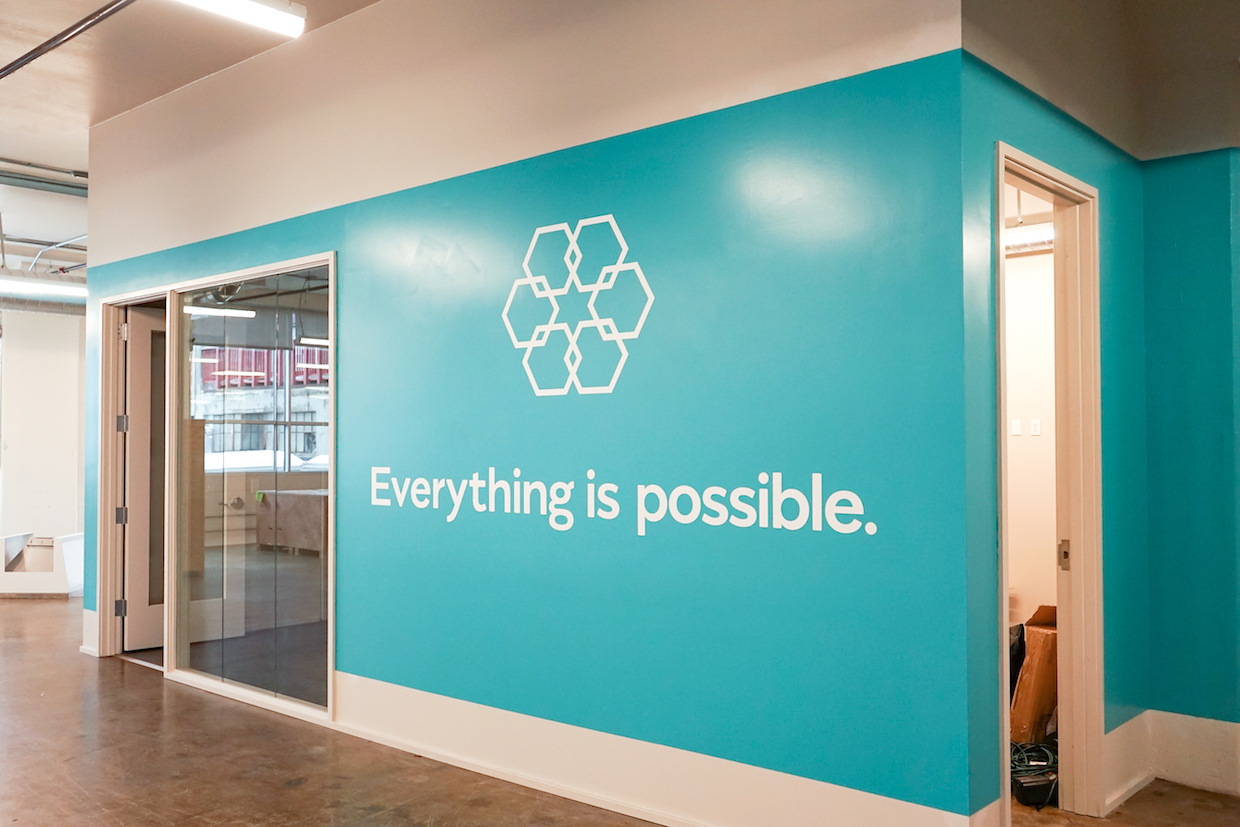