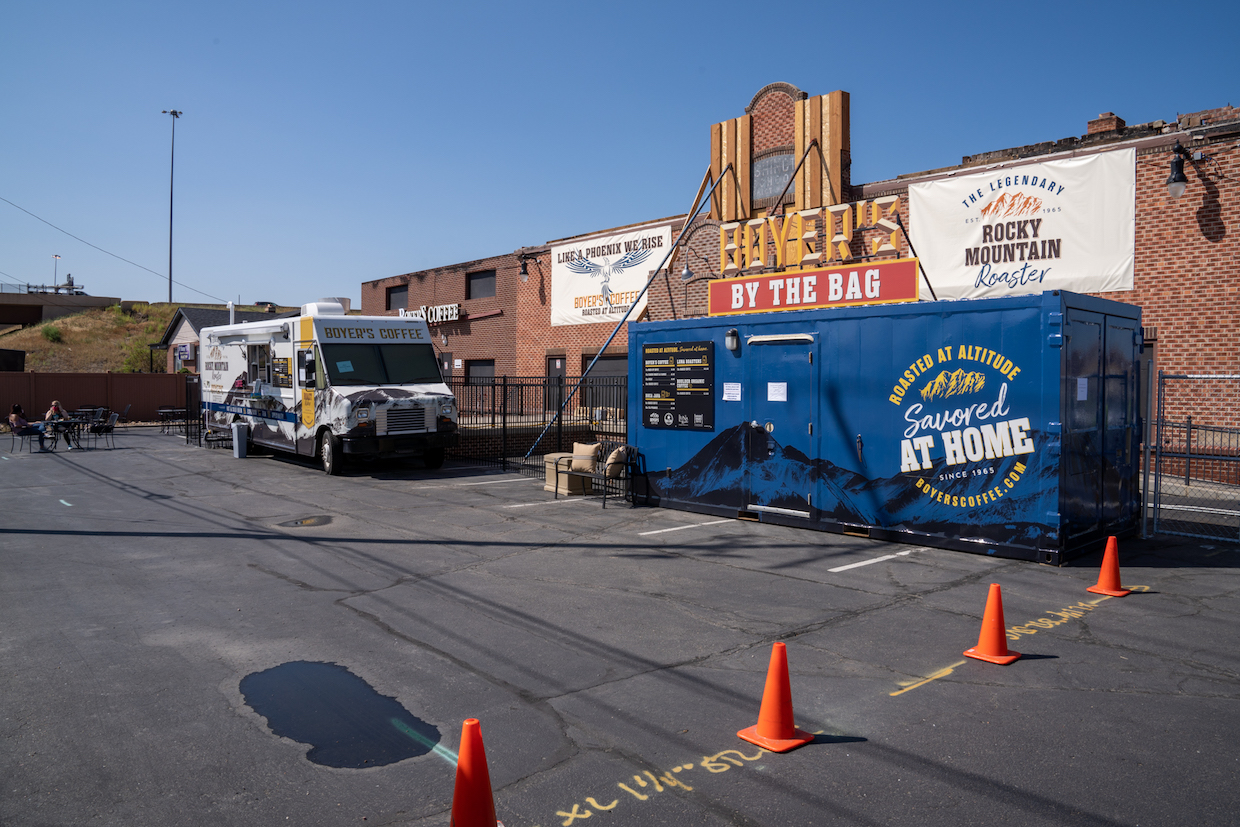 The new Boyer’s Coffee truck and coffee store at the site of the Boyer’s Denver roastery, which was destroyed by fire in March. All images courtesy of Boyer’s Coffee.

Following a horrible sequence of events this past Spring, Boyer’s Coffee has risen from the ashes of its own Denver roastery to launch a coffee bar and store out of two separate truck units.

Two weeks after businesses throughout the United States went largely into shutdown mode due to the COVID-19 pandemic, the Boyer’s Coffee roastery burned to the ground. Though no one was injured in the blaze, Adams County, Colorado, firefighters described the historic 1920s building as a “total loss.” 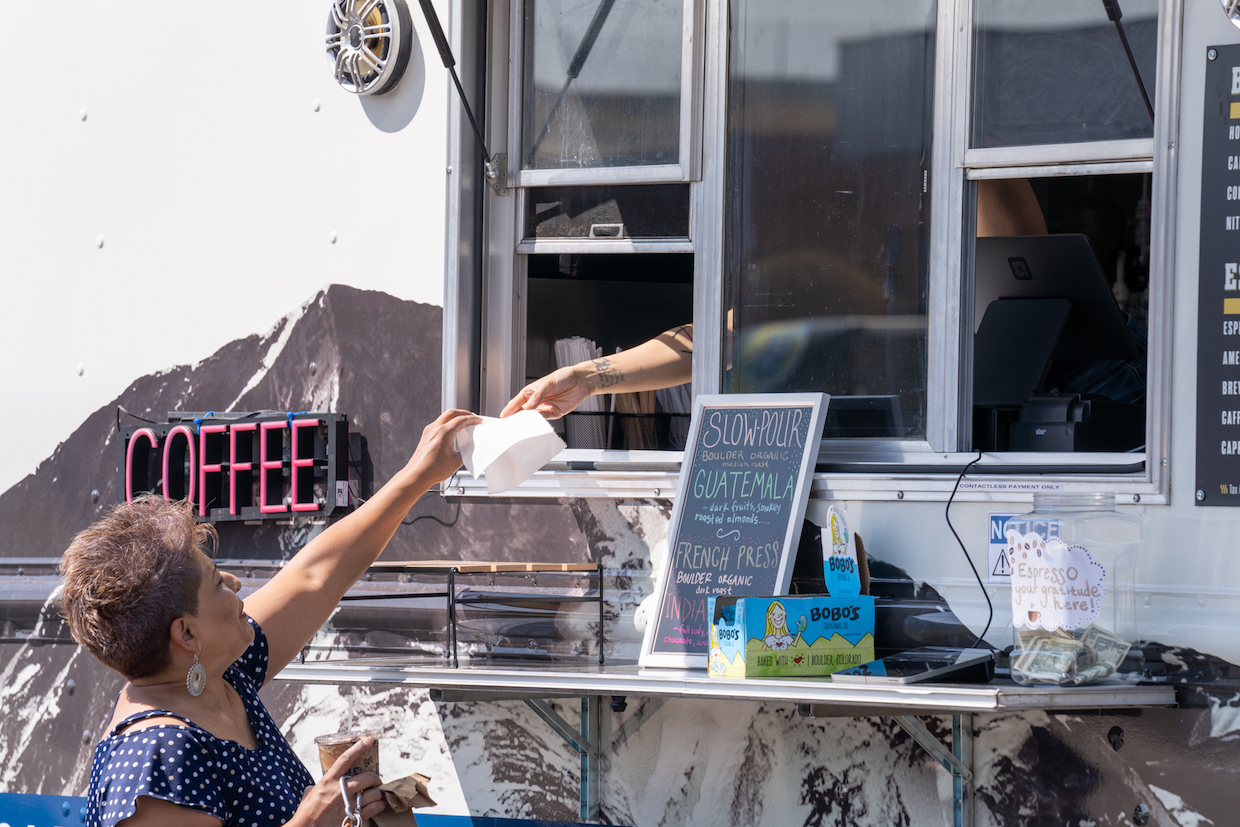 At the time, Boyer’s Coffee owners and brothers Jason and Douglass Barrow announced the company’s intentions to rebuild anew. In the meantime, the company has resumed roasting through arrangements with two Denver-area coffee companies.

A Boyer’s spokesperson told DCN that the Boyer’s roasting team has been working night shifts at the guest facilities to keep cranking out coffees for Boyer’s and its sister brands Luna Gourmet, Boca Java and Boulder Organic.

Those coffees are now readily available in bags at the new Boyer’s “Coffee Cottage,” a branded truck container storefront outside the destroyed roastery location at 73rd and Washington in Denver. 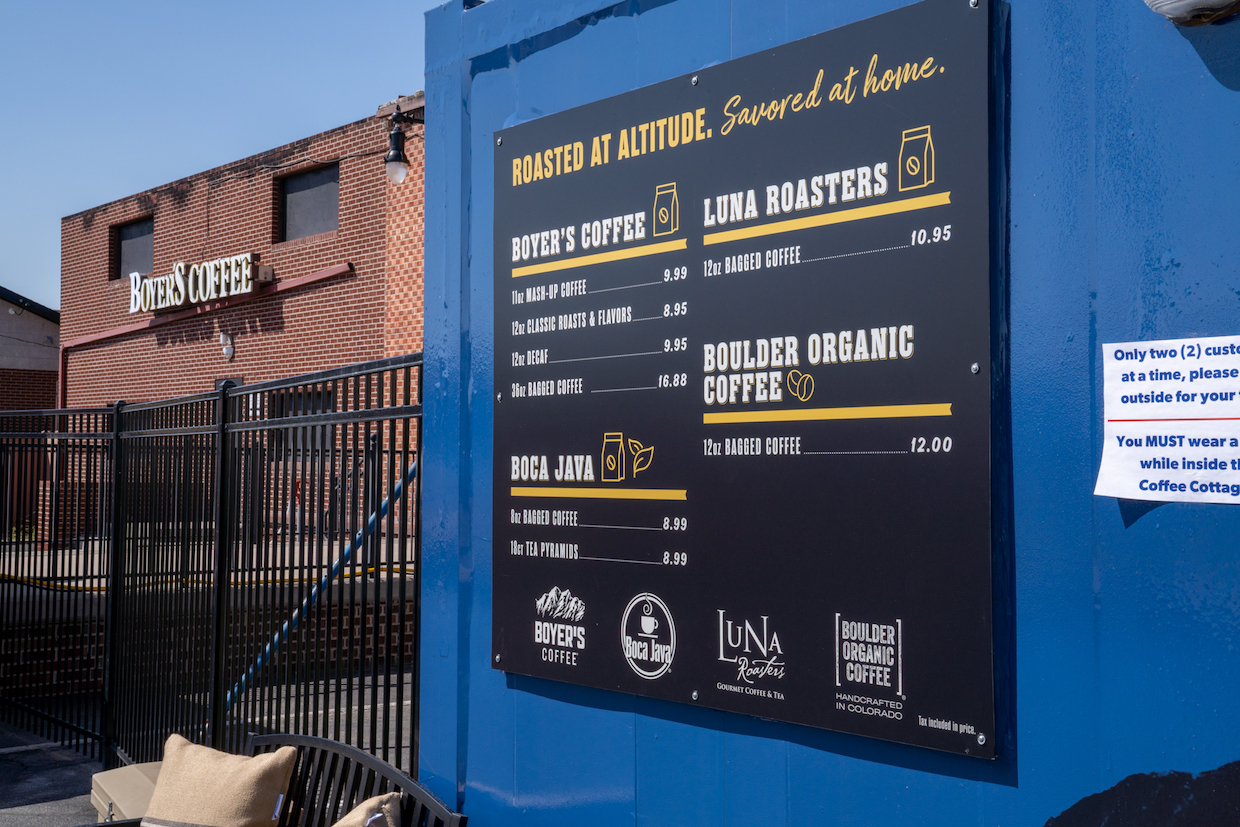 The company spokesperson told DCN that Boyer’s plans to have its rebuilt roastery up and running in the early part of 2021, and that a brick-and-mortar retail cafe will likely eventually be a component of that facility, although numerous details are yet to be finalized. 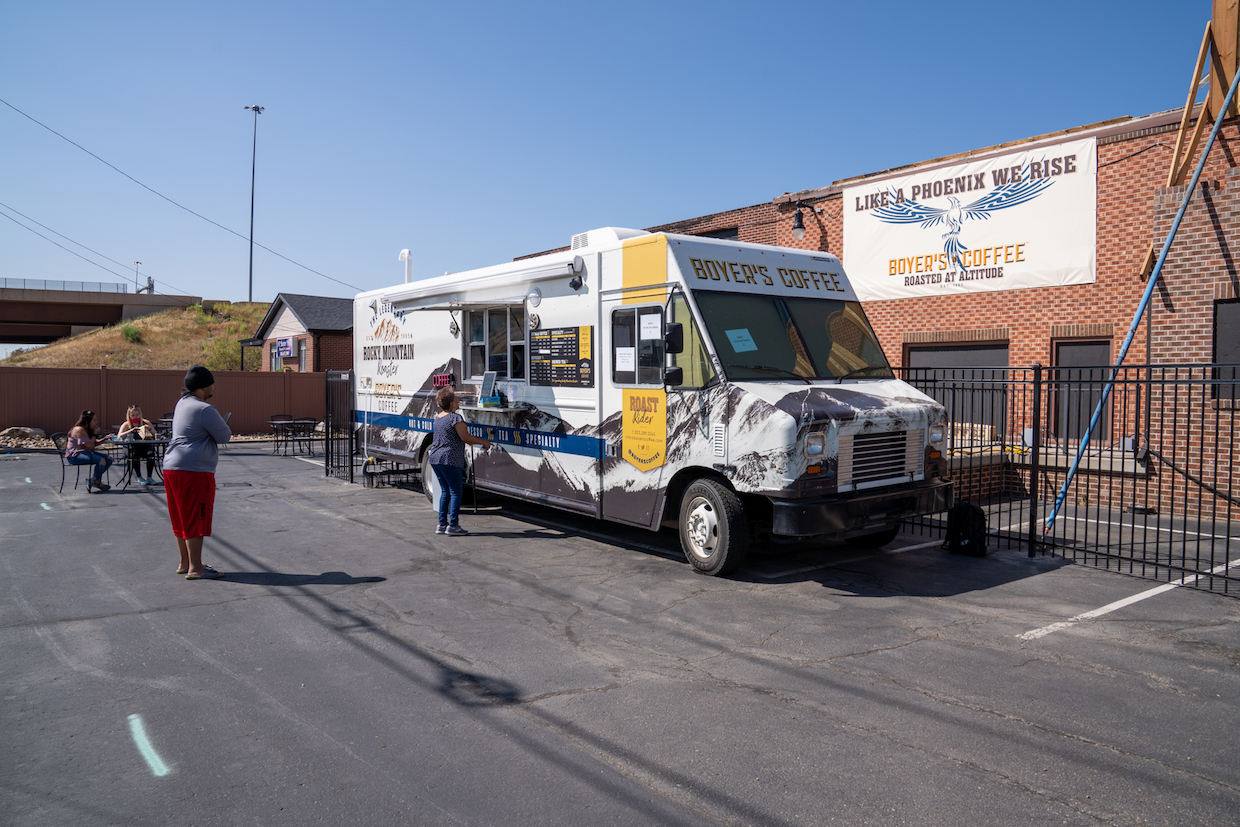 The new Boyer’s Coffee truck and Coffee Cottage are now open Mondays through Saturdays at 7295 Washington St. in Denver. 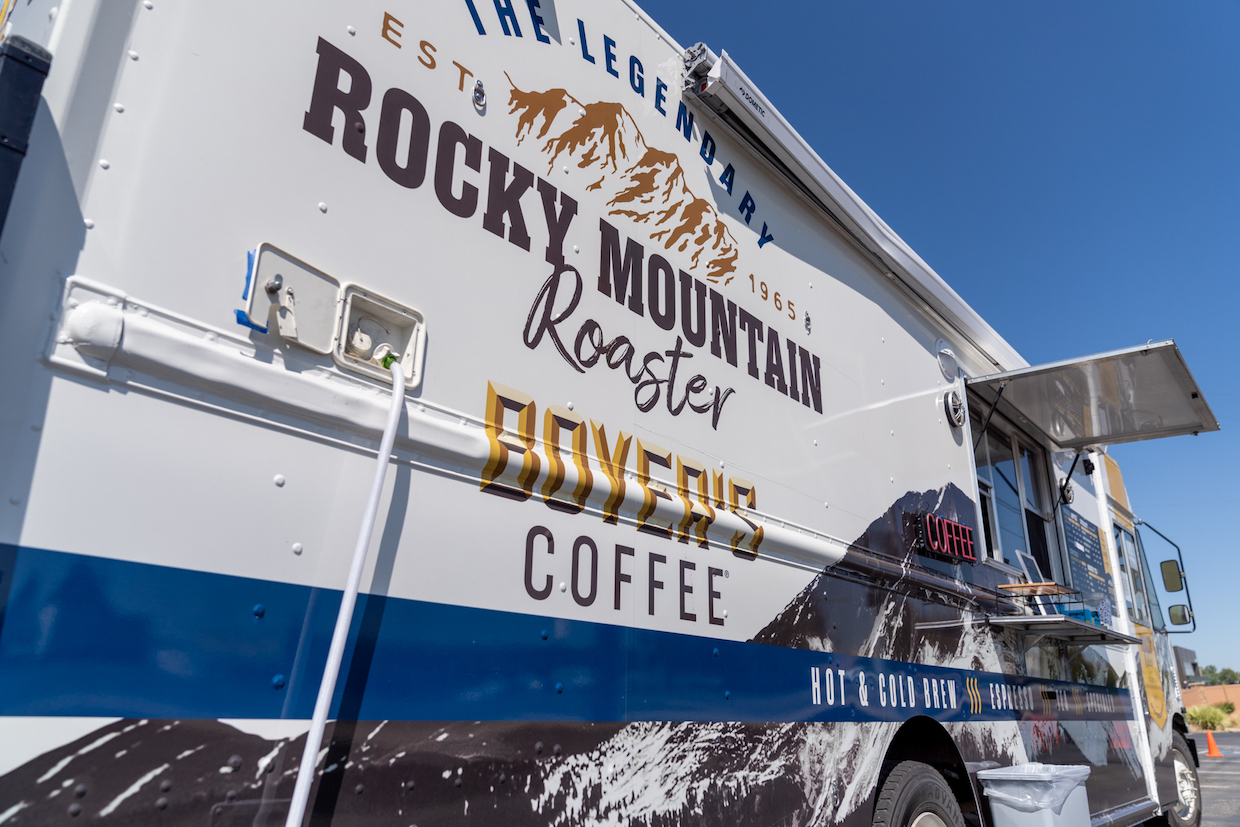