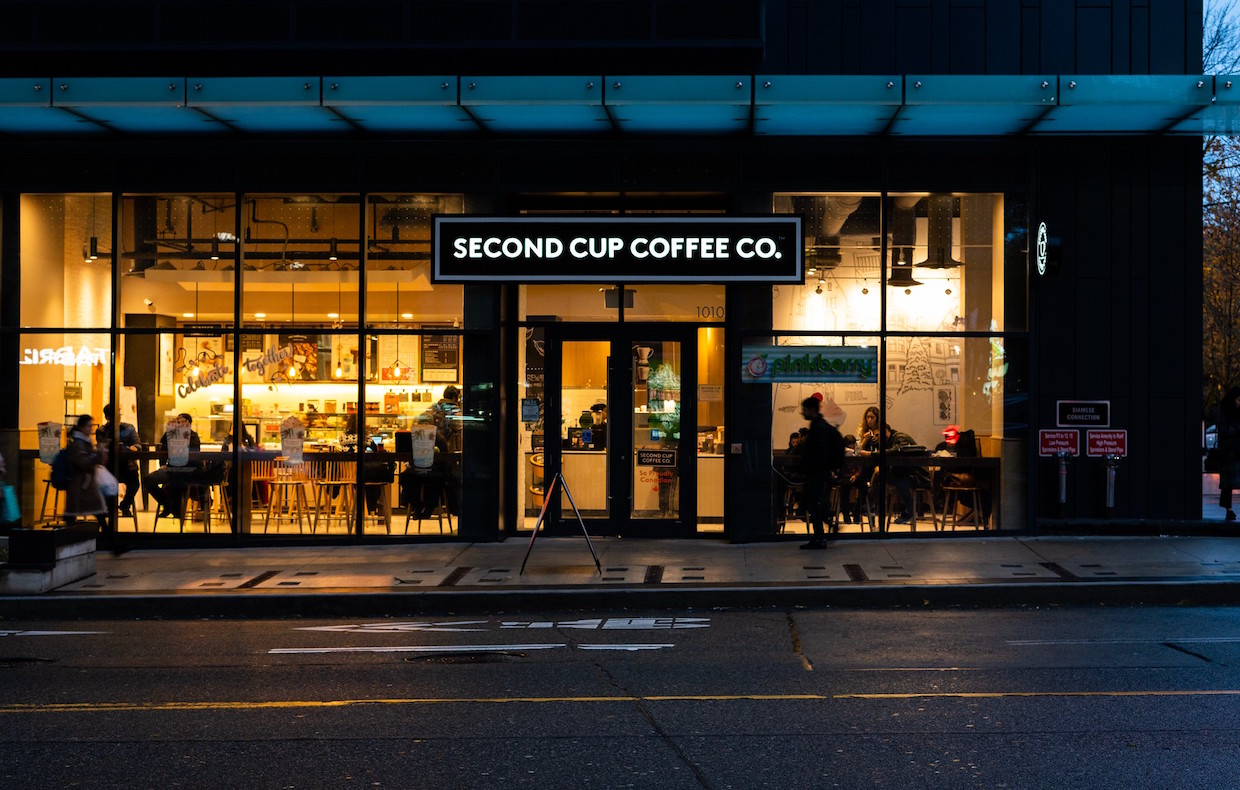 It is the latest in a long series of ownership changes for the coffee business, which was founded in 1975 and now constitutes Canada’s third largest coffee-focused chain behind Tim Hortons and Starbucks. According to the latest quarterly report from Aegis, there are approximately 231 Second Cup locations throughout Canada, including 200 franchise locations and 31 company-owned-and-operated locations.

Following the Second Cup sale, Aegis plans to focus on further developing the Bridgehead business, along with sister company Hemisphere Cannabis, while pursuing additional acquisitions, according to an announcement from the publicly traded company today.

The Second Cup business will be by far the biggest in Foodtastic’s portfolio in terms of number of locations. The company, based in Pierrefonds outside Montreal, currently has some 130 franchise locations from at least 10 restaurant and food brands, including fast chicken franchise Au Coq, burger bar La Belle et La Boeuf, and Italian eatery Monza.

Foodtastic is taking over the Second Cup brand in what has been a difficult time for coffee retailers big and small throughout Canada. A first-time Canada report from the World Coffee Portal last October suggested the Canadian branded coffee shop market had shrunk by 22% during the year due to the ongoing coronavirus pandemic. That follows a similar trajectory found in the neighboring United States, where the coffee shop market contracted by nearly one quarter in 2020, according to the same organization.

“Second Cup has been a Canadian staple for almost 45 years and we’re excited to welcome them into the Foodtastic family,” Peter Mammas, president and CEO of Foodtastic, said in today’s announcement. “We look forward to working with all our new franchisees and emerging through this pandemic with a revitalized Canadian leader in the premium coffee segment. This acquisition is consistent with our strategy of acquiring quality Canadian brands with growth potential.”