What Researchers Learned from the Remarkable Stenophylla Tasting

The dark fruit of Coffea Stenophylla, which resembles arabica in size and perhaps in quality. All images courtesy of CIRAD.

More than two years after the rediscovery of what’s being popularly referred to as the “lost coffee species” — formally Coffea Stenophylla — researchers have triumphantly offered a potential gustatory alternative to the arabica coffee species in the face of long-term climate change.

If we dolefully accept the underlying assumptions that climate change is going to dramatically reshape agricultural landscapes, disrupt markets, further strain agricultural producers and present a broader existential threat to all of humanity, this is great news!

The arrival of stenophylla — which widely made the rounds in the mainstream media last week — followed the publication of a landmark report from lead author and renowned coffee scientist Aaron Davis, of the Royal Botanical Gardens, Kew, in the journal Nature Plants. 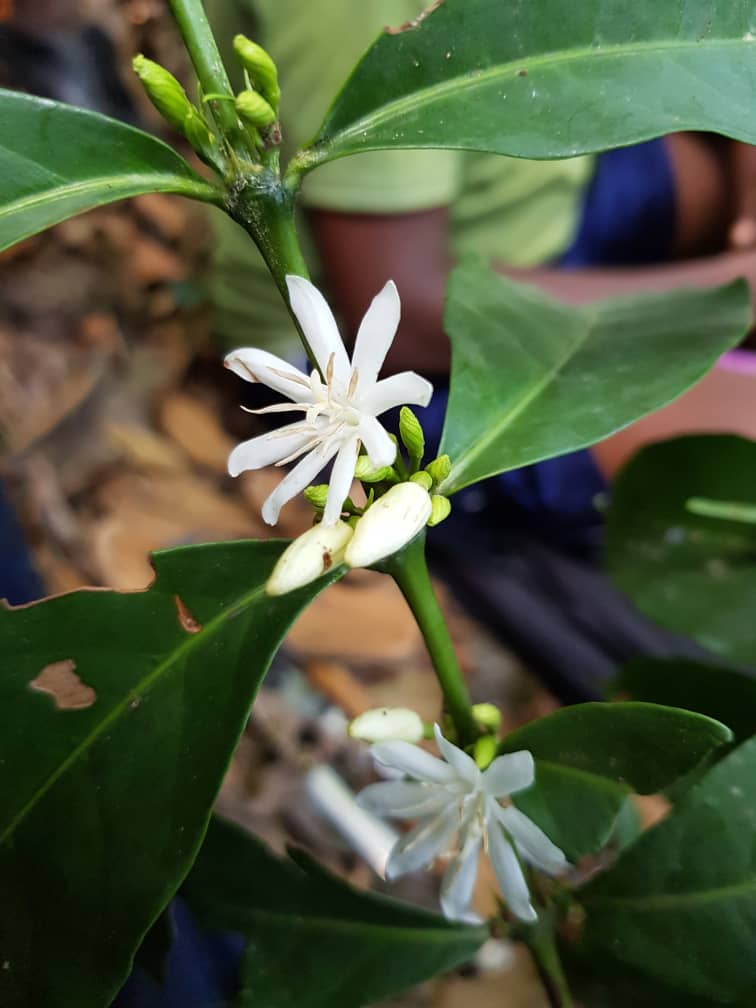 Davis and fellow botanist Jeremy Haggar first “rediscovered” the species growing wild in the forests of Sierra Leone in 2018. Since that time, it has been quietly regarded as a potentially robust, drought- and pest-resistant alternative to robusta or arabica for commercial cultivation.

The backstory on stenophylla is incredible: Most of what has historically been recorded about the species came from Kew’s own “Bulletin of Miscellaneous Information” from 1896. In 1898, a single stenophylla plant collected from the wild bore fruit, causing J.H. Hart, the superintendent of the Royal Botanic Gardens, Trinidad, to declare that its flavor was excellent, and equal to the “finest arabica,” according to Kew’s notes.

Until that fateful discovery in 2018, stenophylla’s presence had not been documented since 1954.

Yet on Monday, April 19, 2021, upon the publication of the paper “Arabica-like flavour in a heat-tolerant wild coffee species,” the speculation that stenophylla could potentially resemble arabica in terms of flavor attributes and quality was finally confirmed to the coffee world at large.

A large section of the paper is dedicated to the quality potential of stenophylla. It shares the results of a late 2020 tasting convened by the French agricultural research organization CIRAD and involving a range of research, sensory experts and professional coffee tasters. At the time, and perhaps not showing all their cards, CIRAD representatives said the tasting was merely a first step towards measuring the viability of cultivating new wild species in gustatory terms.

We now know that it placed stenophylla alongside two arabica samples, including a high-quality Ethiopian coffee and a medium-quality Brazilian coffee, and a high-quality Indonesian robusta in a blind tasting.

When asked whether each coffee sample was of the arabica species, a whopping 81% of the professional tasting panel responded “yes” for the stenophylla sample, compared to 98% for the Ethiopia arabica, 44% for the Brazil arabica, and 7% for the robusta. However, following a separate question, 47% of the judges characterized stenophylla as “something new,” as in, not arabica or robusta.

One panel was tasked with assigning the samples scores based on Specialty Coffee Association protocols. It awarded the stenophylla sample a score of 80.25, which would put it above the “specialty coffee” threshold of 80 points.

The researchers noted that the outcome was remarkable given the fact that the sample was derived from wild plants selected at random and crudely processed, as compared to its comercially cultivated counterparts.

“Positive attributes conferred by the panel using the SCA protocol included: a fragrance (the smell of the dry, ground coffee) reminiscent of washed African Arabica, close to a Rwandan profile and other characteristics associated with quality Arabica, including sweetness and fruit-driven acidity,” the paper states.

Far more information about the tasting can be found in the full study.