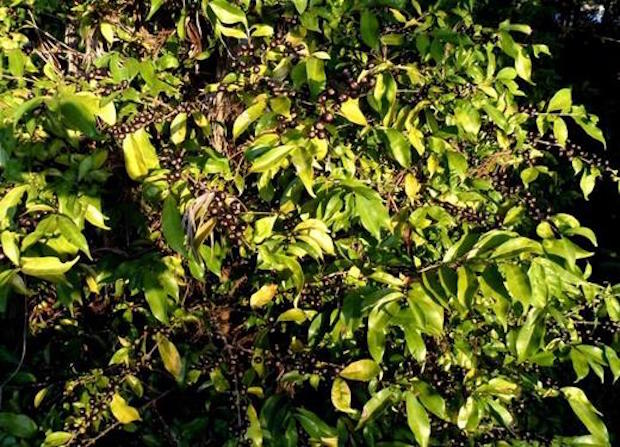 Coffea stenophylla, which has black cherries, is a species that has almost completely died out. CIRAD press photo by C. Cornu, CIRAD.

Nearly one month ago, as the world looked forward to the end of a mercilessly long year, a group of scientists and coffee experts gathered in the south of France with an eye on coffee’s future for decades or centuries to come.

The cause for the convention was a first-of-its-kind coffee tasting of three coffee species that, unlike arabica or robusta, are not currently cultivated for commercial purposes: Coffea stenophylla, Coffea brevipes, and Coffea congensis.

Held in Montpellier and at virtual offices across Europe, the tasting was led by the French agricultural research organization CIRAD. The goal was to examine the gustatory properties of each of the coffee species following lab-controlled roasting in order to determine if they might one day prove to be viable genetic companions to existing coffee species and cultivars. 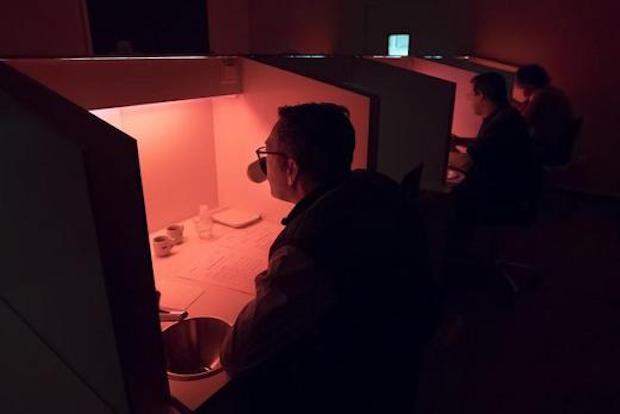 “Adopting new species for general consumption is not a trivial undertaking,” CIRAD breeder Benoît Bertrand said in an announcement from the research group following the tasting. “First of all, science has to demonstrate their merits in terms of productivity and quality. The next step is ensuring that industry and consumers take them on board.”

While these experts were brought in to gauge the viability of these heretofore under-explored coffee species as potentially taste-worthy for commercial cultivation, the underlying goal was to further prepare the entire coffee sector for a changing climate that is altering the landscape of available coffee-growing areas, increasing pest and disease outbreaks on coffee crops, and threatening the coffee industry as a whole. More specifically, CIRAD has been exploring how coffee varieties might be adapted into more sustainable agroforestry systems. 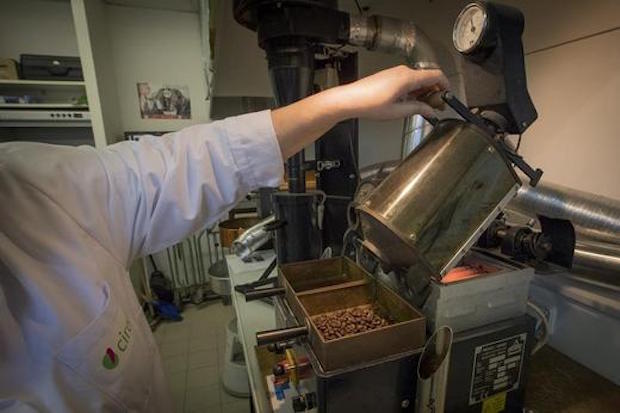 The coffee industry — and, by extension, consumers — to this point in history have primarily been concerned with three different species within the Coffea (coffee) genus: Arabica, which is the most widely cultivated and most prized for its gustatory qualities; Robusta, which is prized for its production potential and improved disease- and pest-resistance compared to arabica; and Liberica, which comprises a tiny sliver of the global coffee market — about 0.1%.

Yet the genus Coffea comprises an estimated 124 species, according to CIRAD, although the majority of wild coffee species are now considered to be at risk of extinction. Each of the species subjected to the Montpellier tasting has demonstrated a resistance to one of coffee’s greatest natural foes, coffee leaf rust, which is particularly cruel to more sensitive arabica varieties.

Additionally, Stenophylla is currently believed by CIRAD to be more adaptable to higher temperatures while maintaining promising gustatory qualities, while Brevipes and Congensis are believed to be more vigorous and could “rival robusta” in terms of taste, according to CIRAD. DCN previously spoke with renowned plant scientist Aaron Davis about his team’s remarkable recent re-discovery of wild Stenophylla.

CIRAD has promised to publish a full analysis of the tasting session in the near future, although for now the group maintains that the results were resoundingly promising.

“The aim of the session was to assess the gustatory quality of these new species, to see whether they correspond to consumer tastes”, CIRAD researcher Delphine Mieulet said. “If the results are conclusive, the next step will be to assess their agronomic merits… We could then think about crossing Coffea canephora (Robusta) and Coffea congensis or Coffea brevipes, to create new, more robust and higher-yielding varieties and improve quality.”