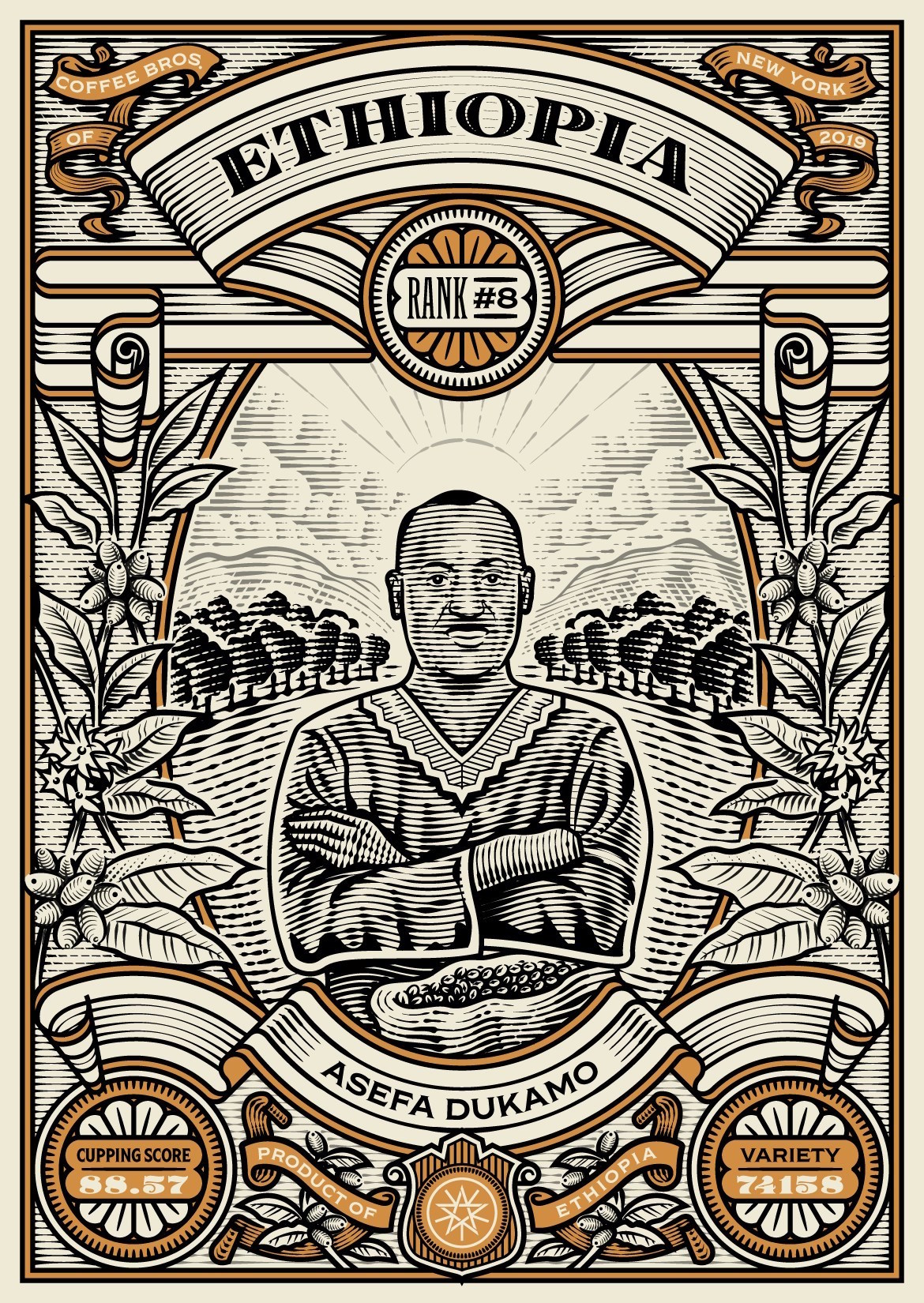 Fifty copies of the NFTs — digital assets that will be registered on the blockchain to verify unique ownership — will be available for $150 each on Thursday, Aug. 5, on the Rarible NFT trading platform. Users will be required to purchase ETH digital currency, then store that currency in a non-custodial digital wallet. More information on the process can be found here.

In addition to holding the NFT, the 50 buyers will also receive an 8-ounce bag of the winning coffee produced by Dukamo, who was born into a coffee-farming family and opened the first two washing stations near his home village. The roasting company was part of a consortium of international buyers that paid $31.20 per pound for the coffee last month.

A fixed portion of the proceeds from the NFT auction will then be returned to the nonprofits Cup of Excellence and World Coffee Research to support their work.

Coffee Bros., launched by brothers Dan and Nick Hunnewell in 2019, says it plans to hold eight more NFT auctions with a focus on producers from eight different countries throughout the remainder of 2021.

Dan Hunnewell told Daily Coffee News via email that the NFT project will remain in alliance with Cup of Excellence, and that all participating producers will approve the concept and the use of their imagery to help promote the cause.

Hunnewell said Coffee Bros. may not always be able to cast a winning bid for the highly competitive COE coffees, although the company will continue to provide the artwork and roasts for the upcoming NFTs, which are presently scheduled to feature coffee producers in Guatemala, Costa Rica, El Salvador, Honduras, Ecuador, Indonesia, Peru and Brazil.

Hunnewell said that the NFTs are being made available at a fixed price, rather than offered through an auction where prices have the potential to be “marked up ridiculously and become unaffordable.”

“We are concentrating on this type of new experience, for all, through the platform and providing consumers with a way to appreciate not only the coffee but the producer as well,” Hunnewell told DCN. “Ultimately, the goal is to create a lifelong experience between [the] award-winning coffee, the producer, and those that consume the product in a new and interesting collectible way.”