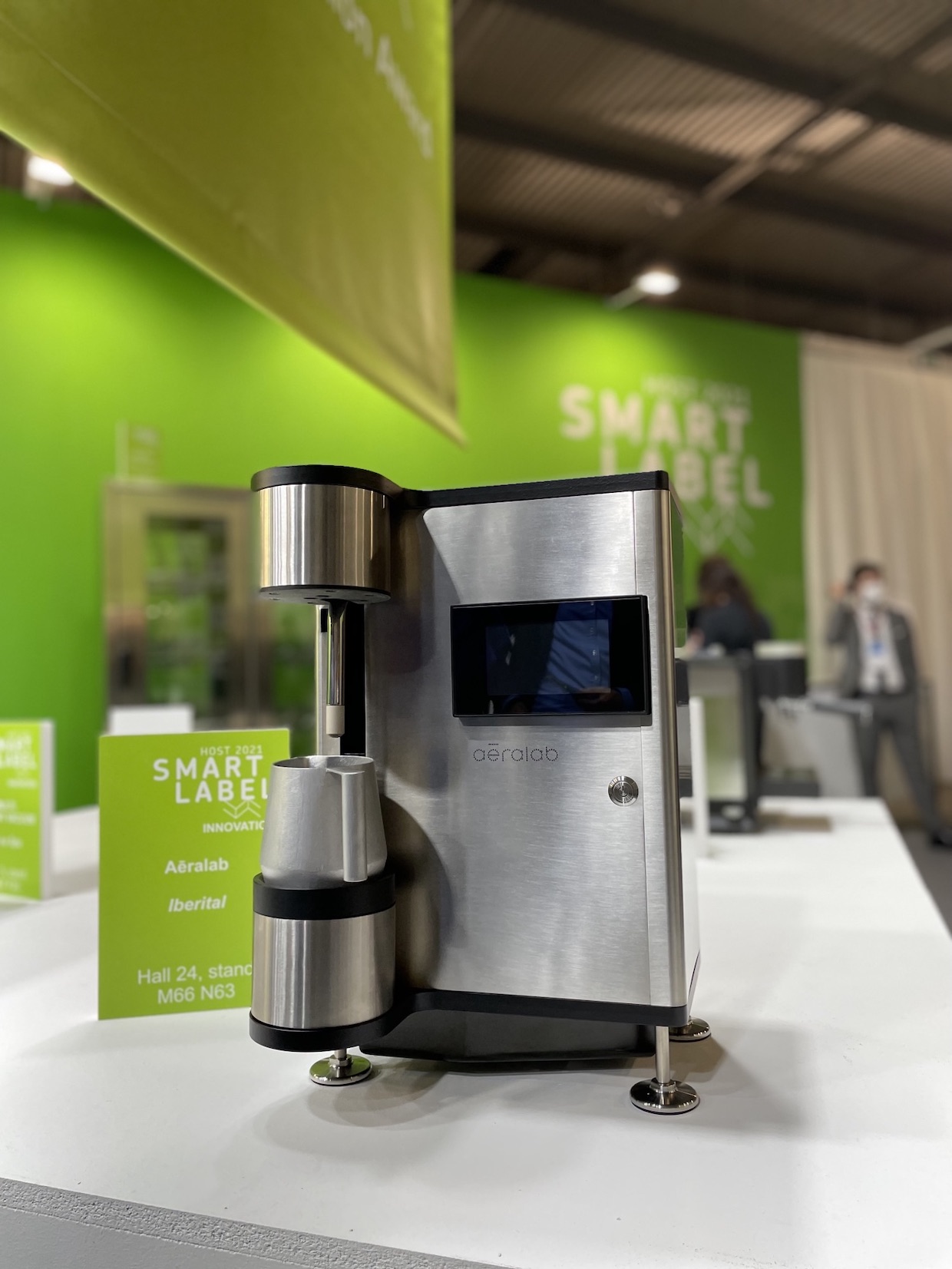 Scheduled to hit the market sometime next year, the Aēralab is the result of a partnership between Spanish espresso machine manufacturer Iberital and Aēralab brand parent company Labrints, a Belgian startup founded by author, consultant and 2009 World Latte Art Champion Peter Hernou.

Through spectral analysis and a cloud-connected algorithm, the Aēralab steamer scans and identifies the actual liquid in the jug, then recalls and automatically executes the ideal steam profile associated with that liquid, according to the companies. 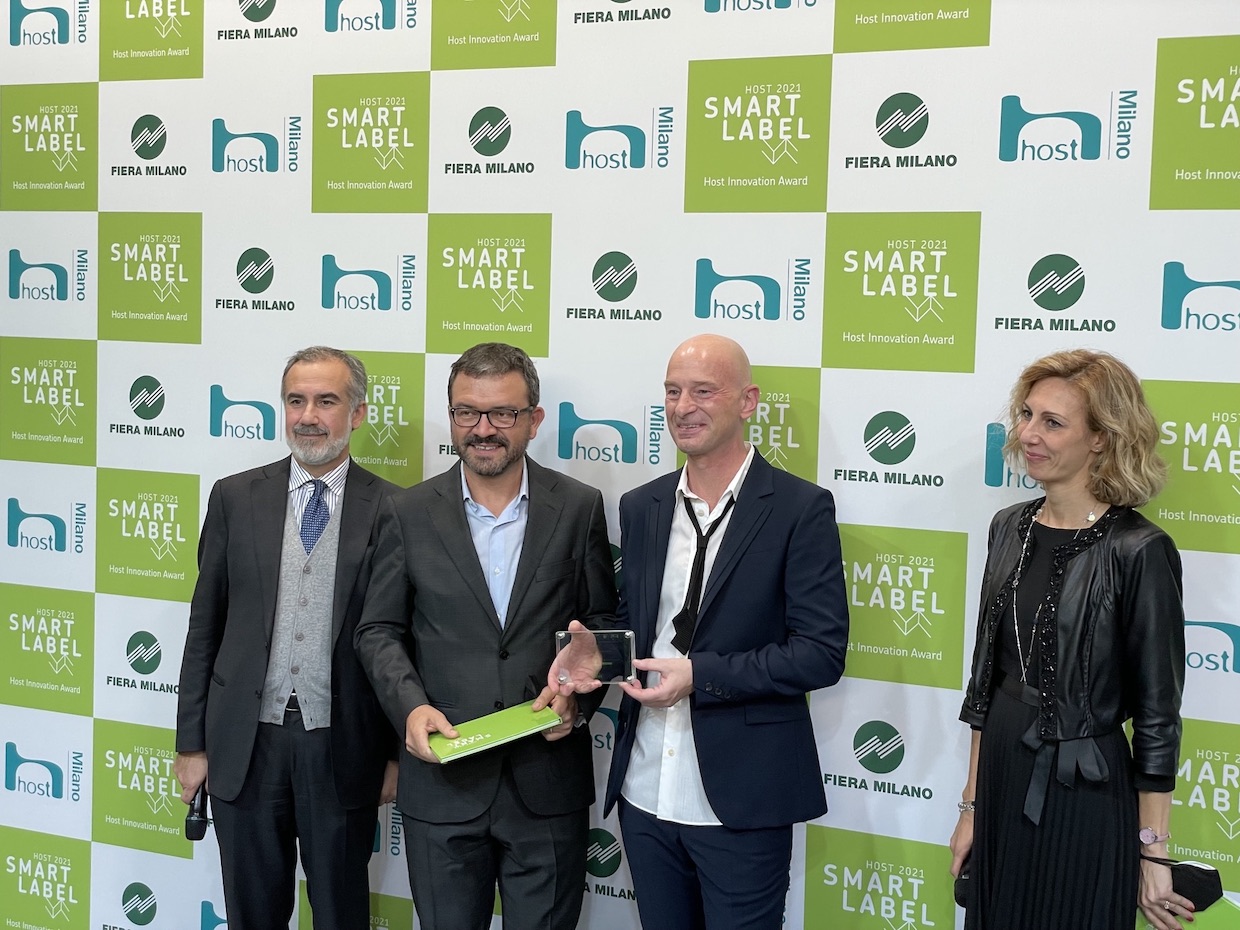 Representatives of Labrints and Iberital recently unveiled the Aēralab at the HOSTMilano trade show in Milan, Italy. Courtesy photo.

“It’s not based on pitcher recognition, but really on liquid recognition,” Hernou recently told DCN. “The advantage is that the machine updates it soft[ware] and firmware from where it’s located — and whenever new milks are launched, we can enrich the database of milks and recipes.”

In addition to measuring temperature, volume and type of dairy or plant-based milks, the system works with non-milk beverages, as well.

“Our focus now is on milks, but we already tested with juices, chocolate solutions for hot chocolate, and the results are amazing,” said Hernou. “Of course, we need to focus on drinks or liquids that at least have a certain percentage of proteins and fats, because we need those to create a foam. But the possibilities already tested are really awesome.”

Labrints formed the idea for the product and led initial development, while later linking up with Iberital for manufacturing and commercialization. Hernou praised the Spanish equipment maker for its “solid reputation and progressive vision in how technology can help baristas in better managing their businesses.”

The Aēralab machine, which was recognized with an innovation award at the HostMilano trade show this year, works as a standalone steam-production unit, requiring connection only to power and a water line without the need to draw steam from an espresso machine or other source.

Users can operate the machine manually, pre-program their desired steaming profile in advance for automated execution or allow the machine execute automatically based on its own algorithms.

The machine uses a unique steam valve and calibrated combo of heat and steam that amounts to what the company calls ALAL technology, which the manufacturer says produces finely textured and long-lasting foam. It also promises to do so more quickly and quietly, foaming a 250-milliliter portion of regular milk in 26 seconds, the company says.

“It took some time, approximately two years, to find the right partner and develop the nano-tech,” Hernou said. “And it took us about two years to create the optimum design, interface and machine functions, such as auto-clean, etc.” 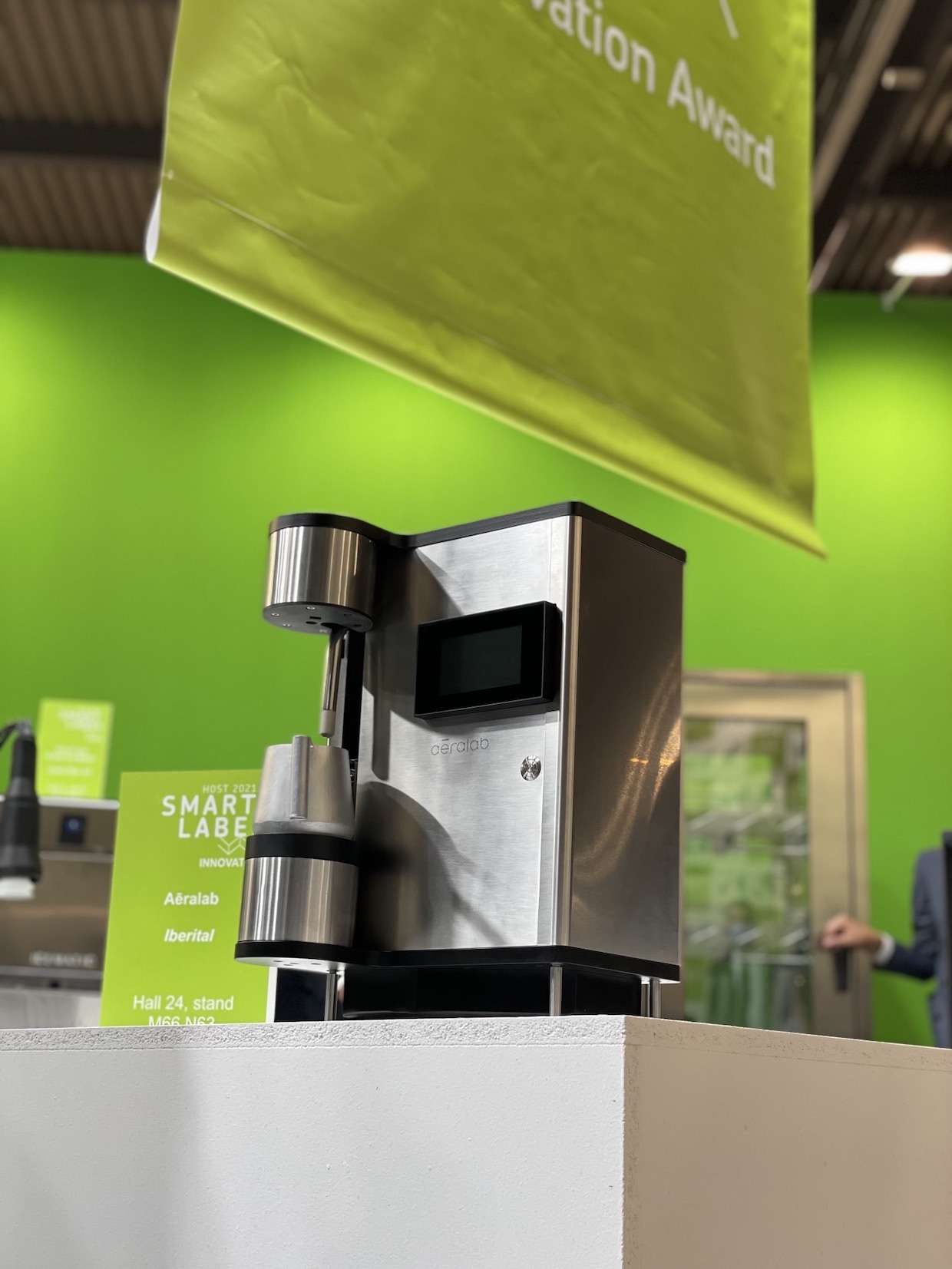 After each use, the wand automatically self-cleans by receding into a central channel on the body of the machine for what the makers liken to a “mini car wash.”

The plan for now is that each machine will ship with one included pitcher that can accommodate volumes large and small while working seamlessly with Aēralab machine.

“The idea behind it is that we wanted to create one pitcher that allows baristas to steam up [various] volumes, so no need to change pitchers,” said Hernou. “We really wanted to keep operations easy and simple.”

The Aēralab is expected to launch for sale in Summer 2022, at a “highly competitive” price with financing options that will be announced in the Spring, according to the company.