Bottoms Up with the Cnuben W60 Brewer 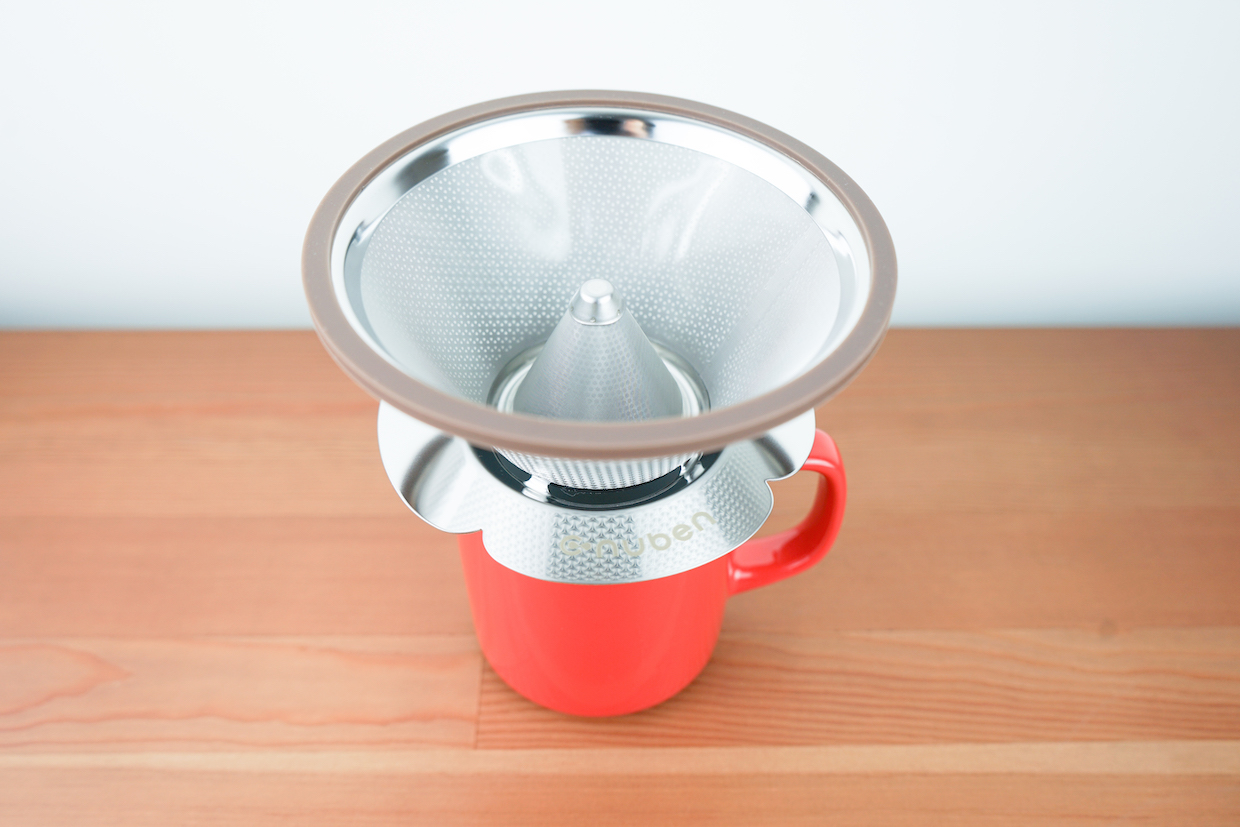 For people who brew coffee by hand, the choice between a conical brewer or circular flat-bottom brewer has always been an either/or proposition.

Yet a new manual brewer from Shenzhen, China-based startup Cnuben (Amazon page) plays with shapes from both, offering an inverted mesh filter cone rising up from a donut-shaped circular brew bed.

The dual-layered, steel mesh Cnuben W60 features an interior angle of 60 degrees, like the iconic V60 brewer from Japan’s Hario, yet the donut is shallower and of a uniform depth all around, like a flat-bed brewer. 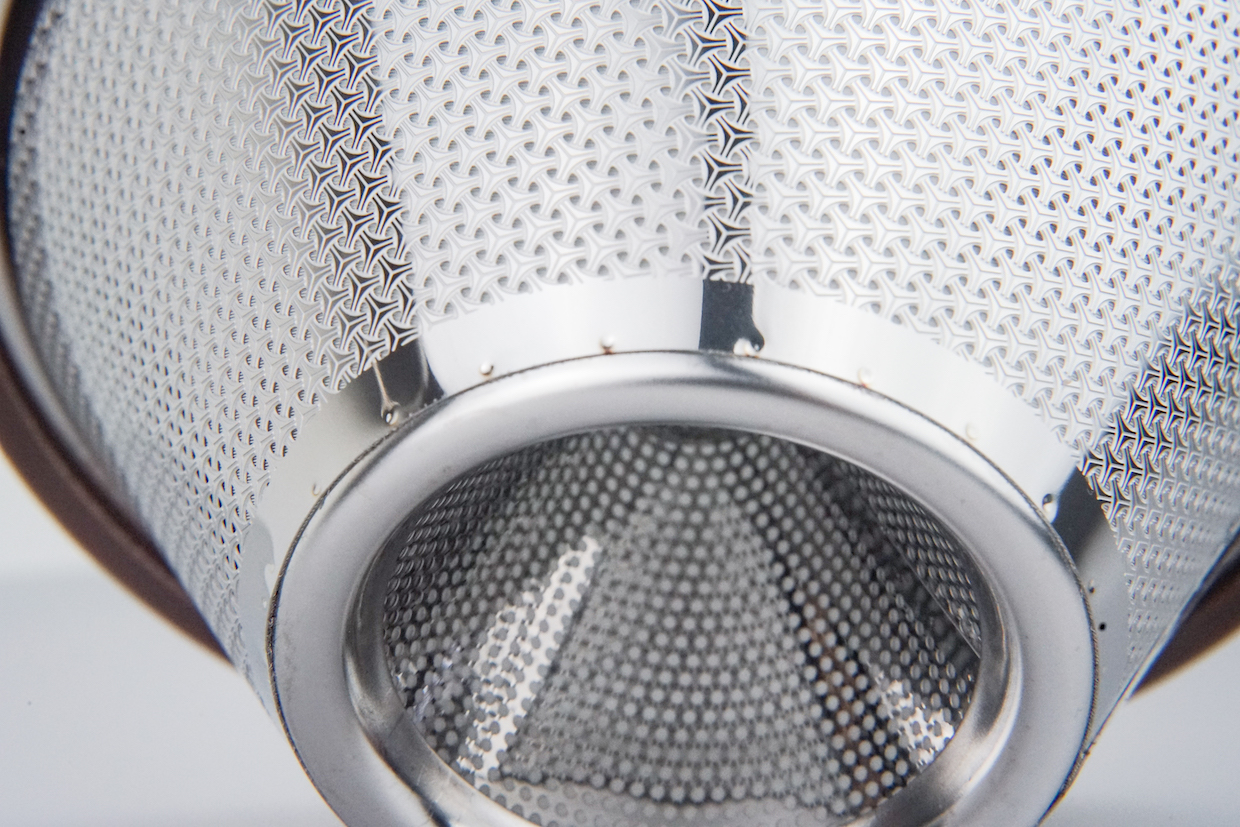 “We thought about how to reduce the thickness of layering on V60, [and how to make] the powder-water contact more uniform,” Wang told DCN. “Extraction that is balanced and controllable [yields] the best results.” 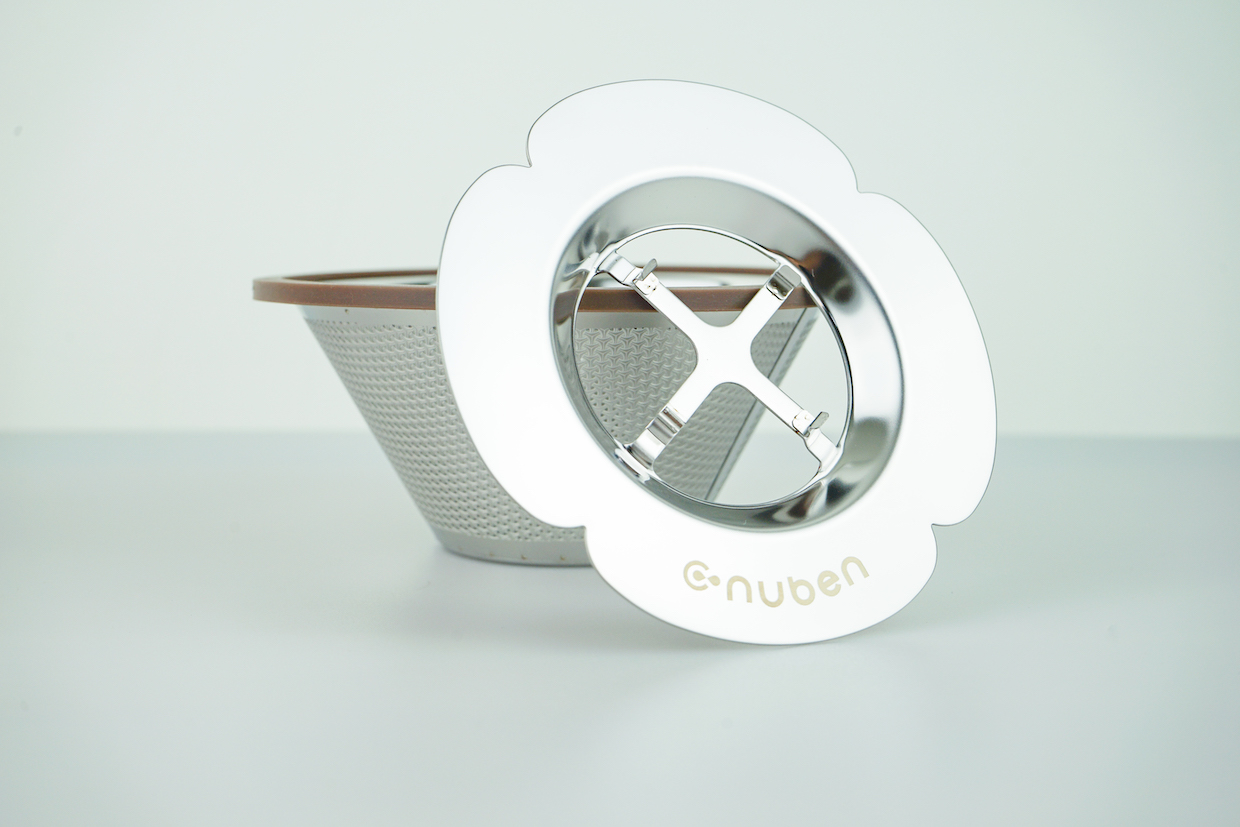 The concept of modifying classic conical beds can be traced back at least 4.5 years to the LilyDrip accessory, which was also created in China. The LilyDrip is a ceramic piece designed to nestle into the bottom of a V60 beneath a conical paper filter. It creates a similar pointed inversion with a ring-shaped brew bed.

Cnuben’s W60 builds upon the concept with permanent steel construction that requires no paper filter, a base that is detachable for ease in cleaning, aesthetic etching on its outer filter layer and a silicon band around the top for handling when hot.

“Bad taste is generated because of over-extraction or under-extraction. The W60 is good for mitigating the creation of negative flavors,” said Wang. “The impact of the two [combined methods] results in coffee beans letting their tastes out for anyone to control with ease, because the water contact time is balanced evenly and the extraction efficiency is high.” 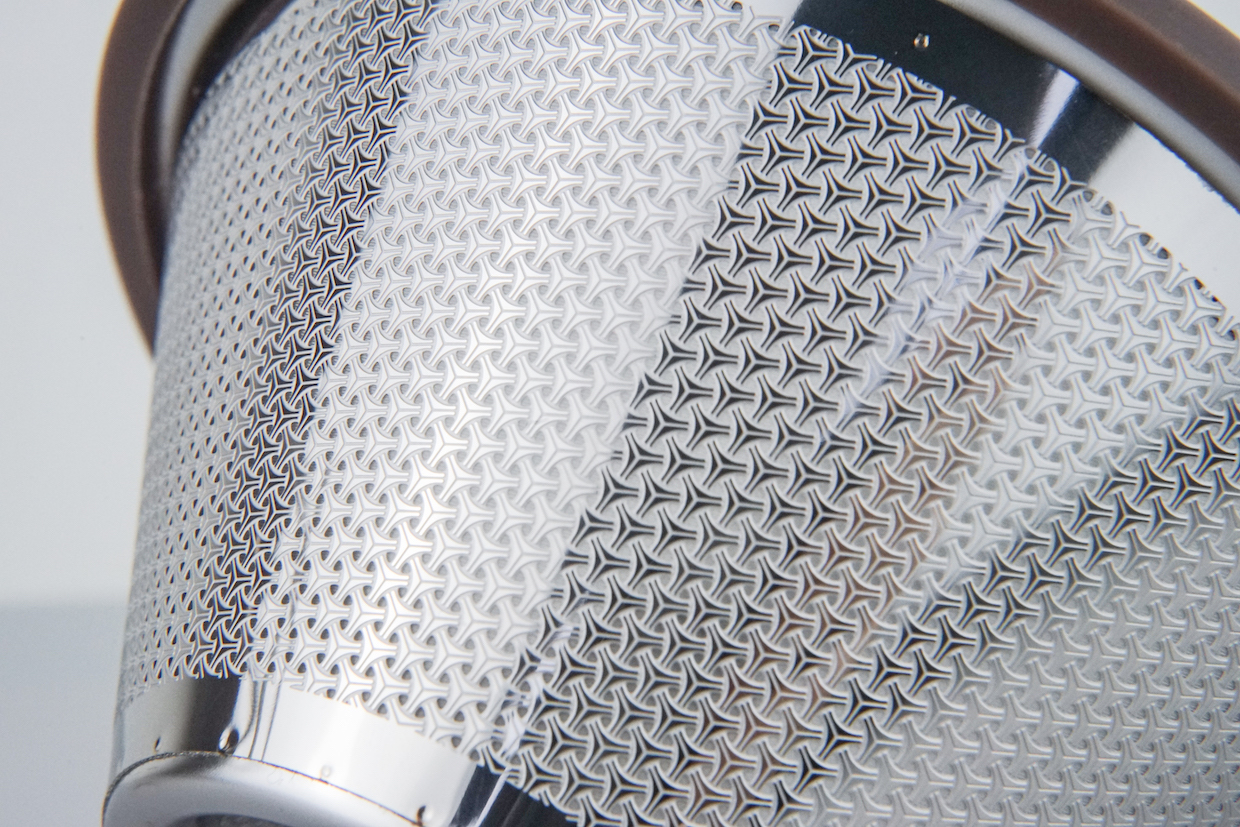 Founded by Wang in 2020, Cnuben has released a series of cone-shaped steel brewers with filter systems carved in intricate patterns for their aesthetic appeal. Wang, who has applied for a worldwide patent for the W60, said the brewer spent almost two years in development prior to its launch earlier this winter. Currently Cnuben hosts retail sales via an Amazon store while its own website remains under construction for a launch this Spring.

“We plan to design a series of coffee brewing equipment. Our idea is to make coffee brewing more fun,” said Wang. “As a coffee lover and designer, we always want to make brewing coffee simple and beautiful.” 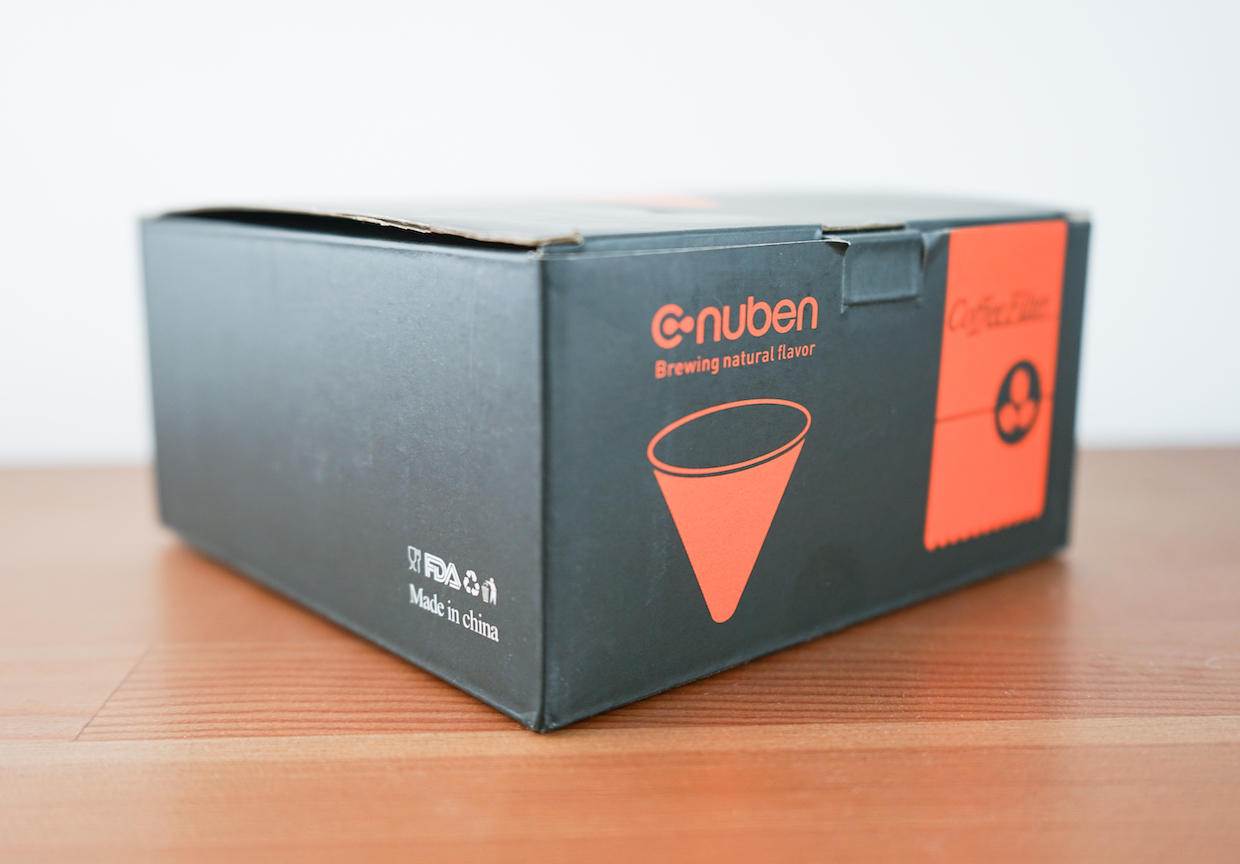 Does your company have coffee news to share? Let our editors know here.

The W60 isn’t shown on the Cnuben Amazon page linked to this article.