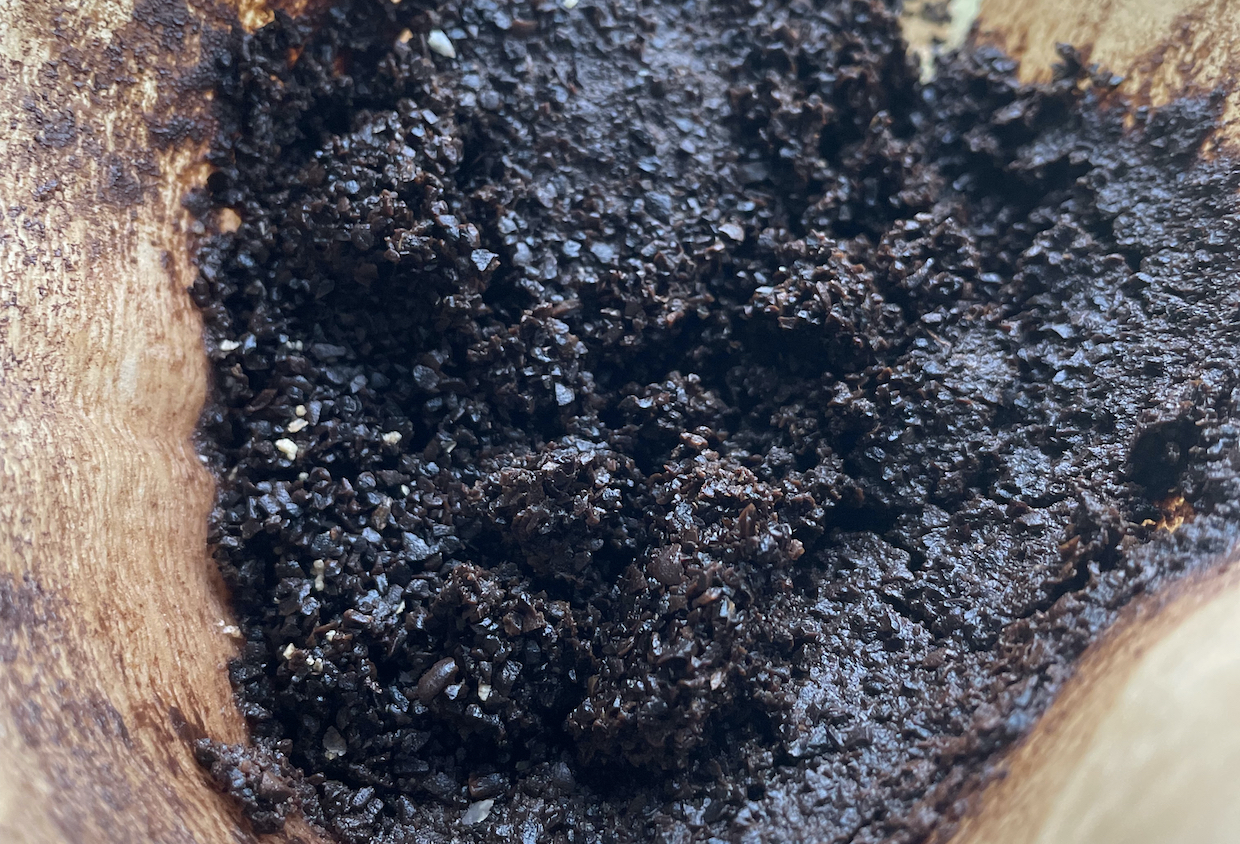 A group of coffee-loving researchers at the University of Cincinnati have reported the first application of spent coffee grounds as a coating material for neurotransmitters.

In other words, rather than stimulating your brain activity, coffee may someday soon be measuring it.

The researchers are presenting their results at the spring meeting of the nonprofit American Chemical Society (ACS) this week.

According to the research team led by University of Cincinnati chemist Ashley Ross, the traditional microelectrodes that neuroscientists use to detect minute neurochemistry changes are typically composed of carbon fiber.

Ross and her team had the idea to test coffee grounds as a more affordable and sustainable alternative to carbon fiber, given the coffee material’s conductive properties.

For the project, researchers heated and treated coffee grounds until they were left only with a pourous carbon material. That material was then further treated and applied as a thin coating to electrodes. Study results showed that coffee-coated electrodes were significantly more responsive to dopamine changes than non-coated electrodes.

“I saw papers about using spent grounds to produce porous carbon for energy storage, and I thought maybe we could use this conductive material in our neurochemistry detection work,” Ross said in an announcement of the procject from the ACS. “And I also thought this would be a good excuse to buy lots of coffee for the lab!”

In a briefing for reporters, ACS’s Emily Abbot asked Ross the big question, “Does the type of coffee matter?”

Ross suggested that’s a question the team is actively exploring.

“On the side, we are really interested in comparing two major coffee brands head to head, and our goal is to figure out which one makes the best electrode material,” Ross replied. “It really depends on how conductive that material is after the process, so we’ve thought about different kinds of roasts.”

Your formatting is off. I can’t read most of the article as it’s stuck behind your side ad banners.

Hello, Drew. Thanks for the helpful note. It appears there was an issue on our end affected by certain browsers, but the story should be in full view now. Thanks for reading!