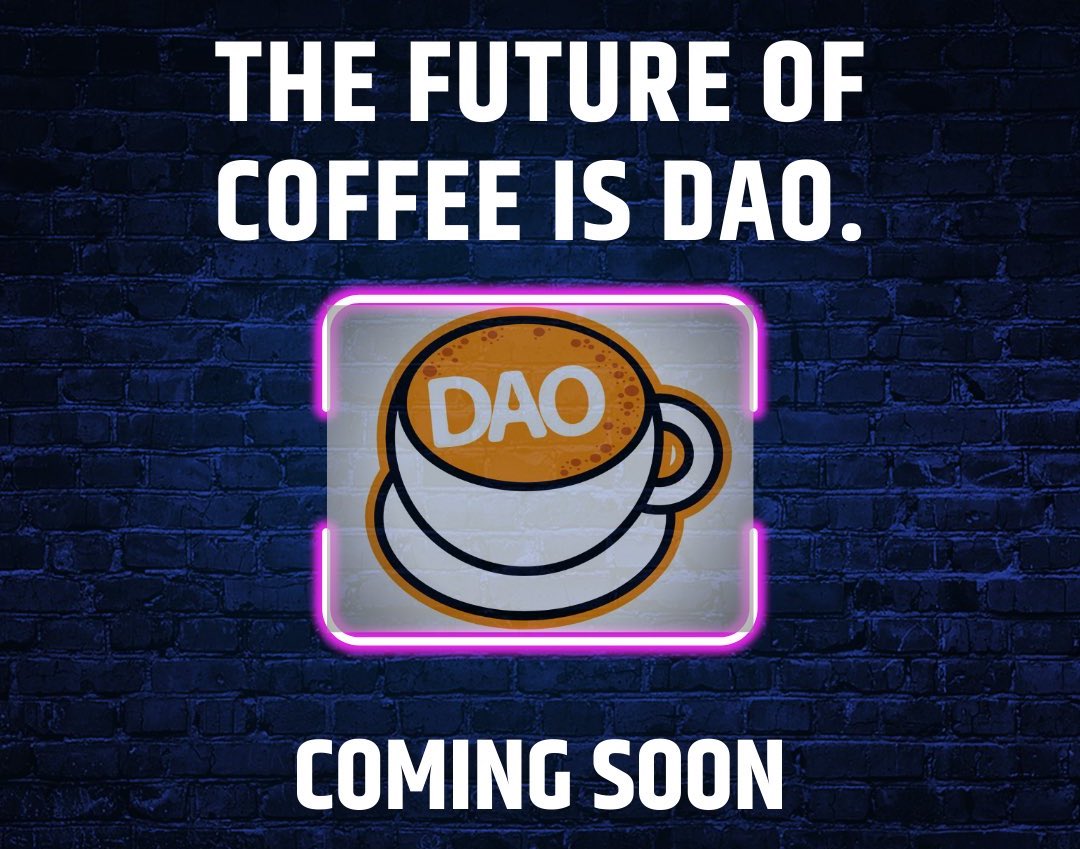 Humans behind a new business entity called TheCaféDAO are planning to pop up later this month in Seattle, In doing so, they plan to share an ambitious vision for a coffee shop chain that explodes the traditional cafe ownership structure.

On April 30 and May 1, TheCaféDAO will be serving 12-ounce pourovers at the Seattle NFT Museum. With consent, any customer buying a $5 cup of coffee can become an alpha-stage co-owner of TheCaféDAO itself.

The current organizers of TheCaféDAO are seeking to create what they believe is the world’s first ever brick-and-mortar coffee shop organized as a Decentralized Autonomous Organization, or DAO.

A hot concept among cryptocurrency types, a DAO can be broadly defined as a member collective with no central leadership that is governed with input from all its members through a set of rules and procedures that are recorded on a blockchain.

The idea is that every shareholder within the DAO can have a share or vote in business decisions and investments, with additional shares accrued through investments in the business either as an owner or customer.

“TheCaféDAO is actively building its community to bring in a greater variety of expertise and ideas,” the organization said in an announcement shared with DCN. “The next step will be to fundraise through its community to open a permanent storefront in Seattle. With the opening of the permanent storefront, employees will earn ownership as they work and share business decisions with the community members who patron the store.”

TheCaféDAO is not the first Dao in the coffee space. An emerging quality-focused producer group in Laos incidentally goes by the name Dao Coffee or Dao Coffee Factory.

Meanwhile, a group called Coffee DAO that supports the Algorand blockchain infrastructure describes itself as “a collective of ALGO NFT degens whose sole mission is to help grow the quality of the Algorand NFT space.”

With its brick-and-mortar ambitions, TheCaféDAO ultimately plans to operate with a custom tokenomics financial structure, although the organization is currently in its introductory stage and not yet registered on any blockchain. Ultimately, the plan is for coffee tokens (CTs) to be distributed to all members, with more tokens resulting in more voting power.

The group, which currently has a Discord channel, says it ultimately wants to open a chain of TheCaféDAO cafes.

For now, the group will be slinging $5 pourovers at the Seattle NFT Museum on March 30 and April 1 between 12-6 p.m. while leading educational workshops on “Web3 Wallets” and “DAO 101.” The cost for each of those events is $15 United States dollars.