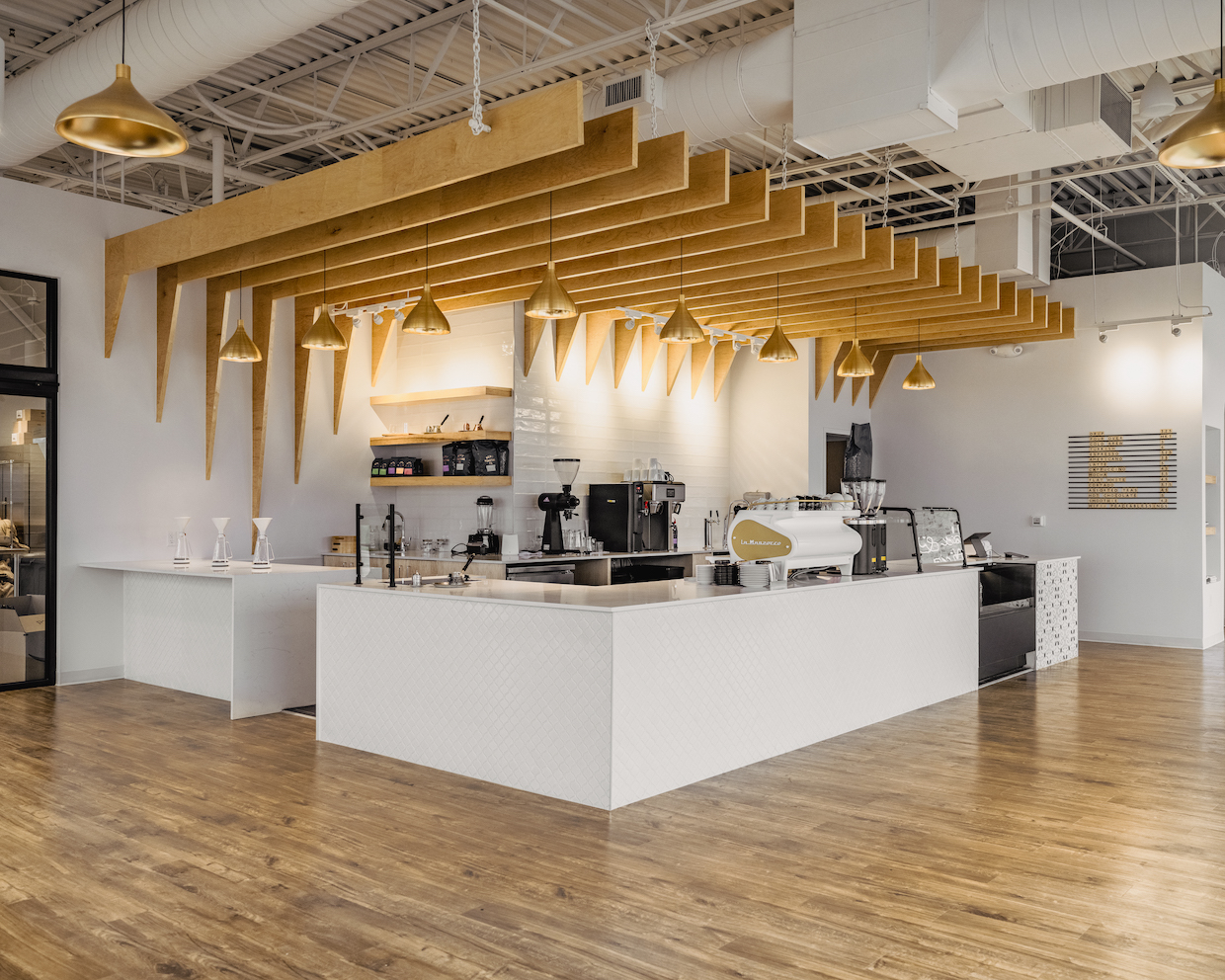 Texas coffee company Pax & Beneficia has opened its third, its largest and its sparkliest coffee house yet in the Dallas–Fort Worth metroplex, featuring a new in-house roasting operation.

Much like the company’s first shop in Las Colinas, as well as a second that opened inside the AC Hotel in downtown Fort Worth last year, the new 2,700-square-foot location in Grapevine, Texas, opulently blends Turkish coffee culture and Arabesque design with Scandinavian coffee and design influences.

“Our locations are designed to be an open, light-filled, inviting and welcoming atmosphere that gives guests and team members a peaceful and friendly ambiance conducive to connecting with people or just to get some work done,” Pax & Beneficia Co-Owner Mouyyad Abdulhadi told Daily Coffee News. “The natural woods, humanely universal and intimate, entice the eyes and frame the bar. The color scheme is more industrial, as this is a subtle reminder that it is the location that houses our roaster.” 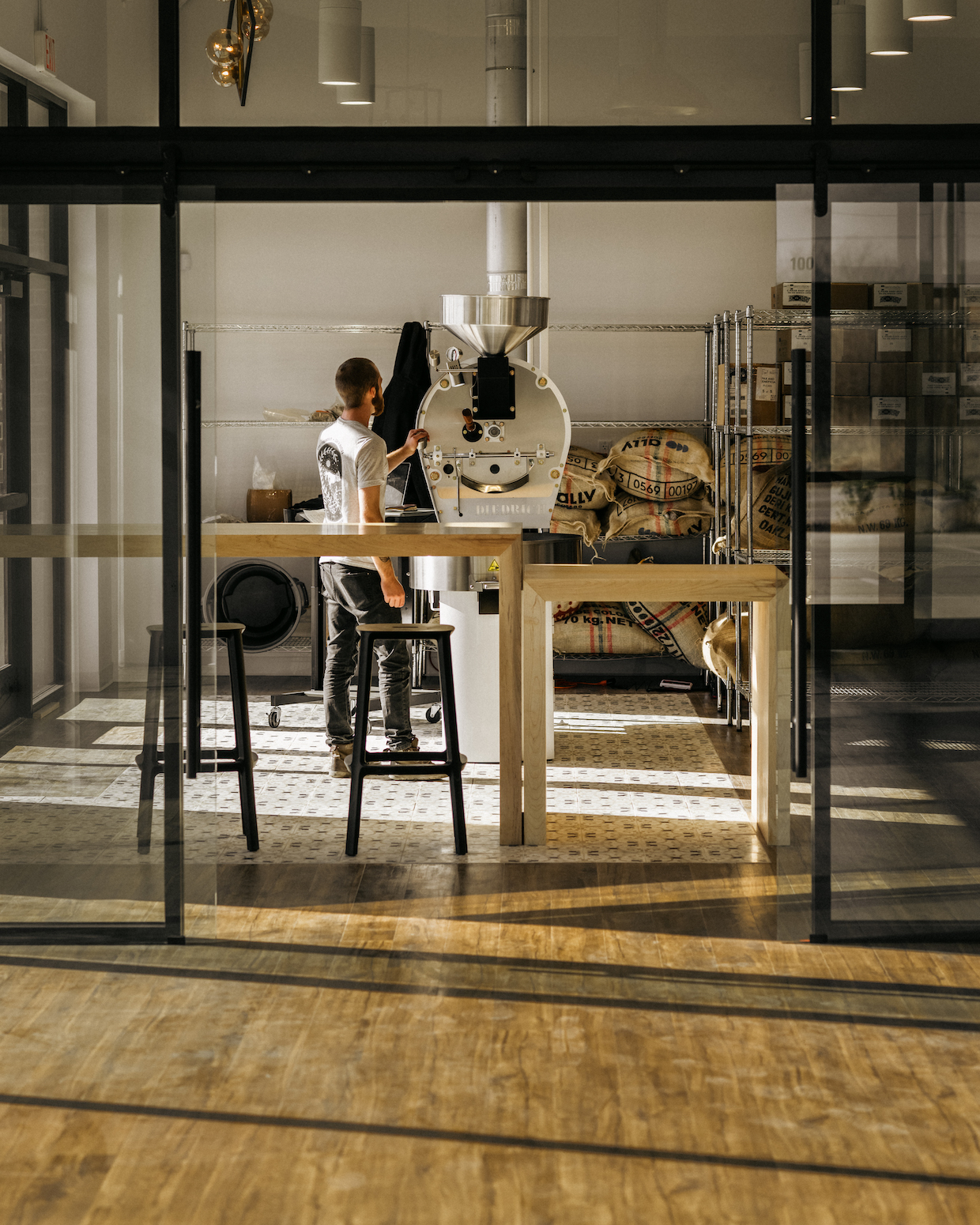 While each shop is unique, the Grapevine location is granted the additional distinction of the white Diedrich IR-12 roaster inside a clear glass enclosure.

“We want customers to be able to look and directly see the craftsmanship of roasting as they sip on their favorite cup of coffee,” Abdulhadi told DCN. “We invite guests to venture in and ask questions about the coffee they’re enjoying.”

“We want our coffee to complement our environment and aesthetic, meaning we love coffees that are bright and present a myriad of flavors to our guests,” said Abdulhadi. We are currently working to build direct relationships with farmers and are looking forward to serving those coffees very soon.” 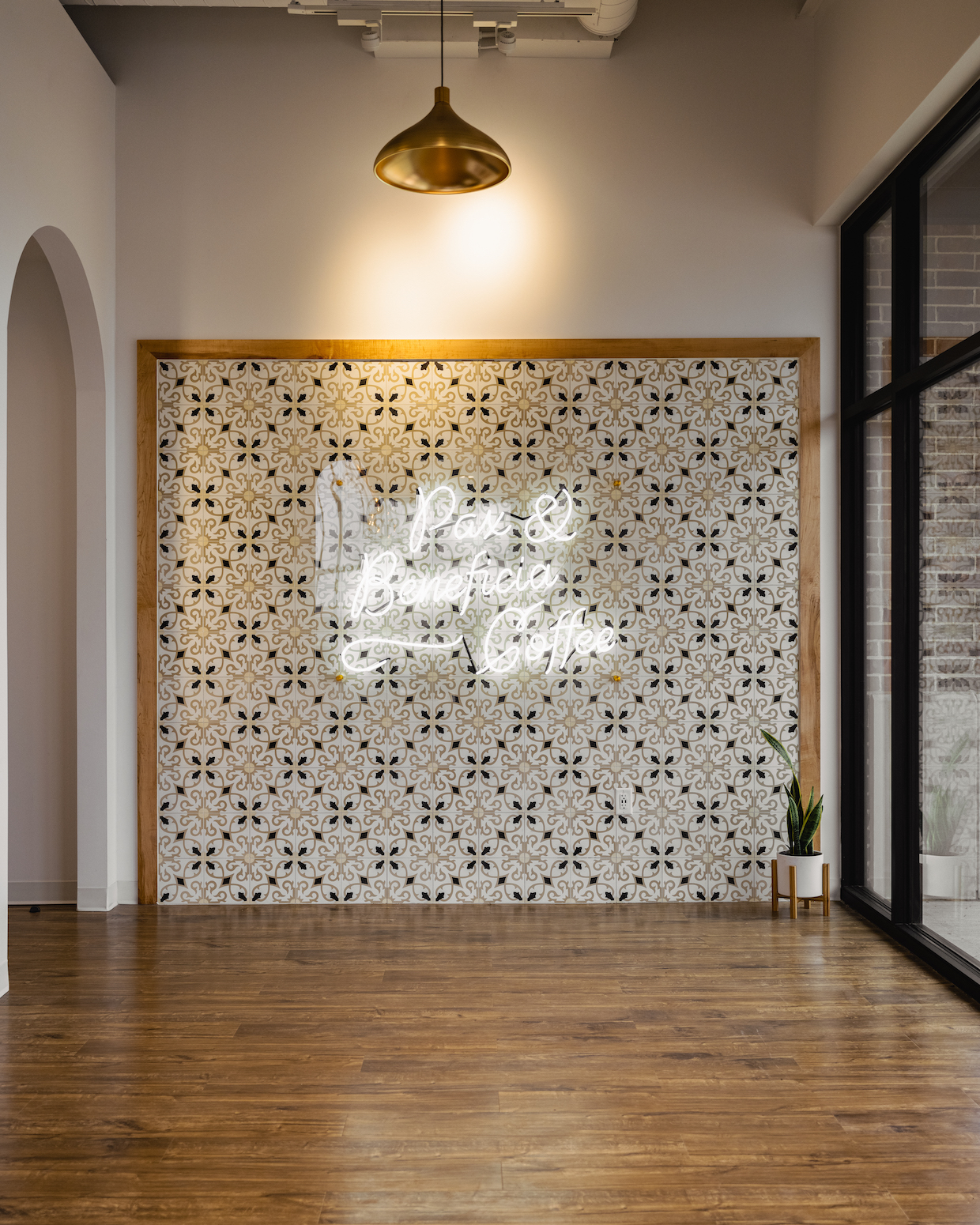 When Abdulhadi and co-founder Mamdouh Khayat opened the first Pax & Beneficia in 2019, the shop primarily offered coffees roasted by Dallas’ own Merit Coffee, plus a blend imported from Syria for the Turkish coffee options. The latter style of coffee and preparation remains at all three locations.

The owners told DCN that additional P&B locations may open within this calendar year. 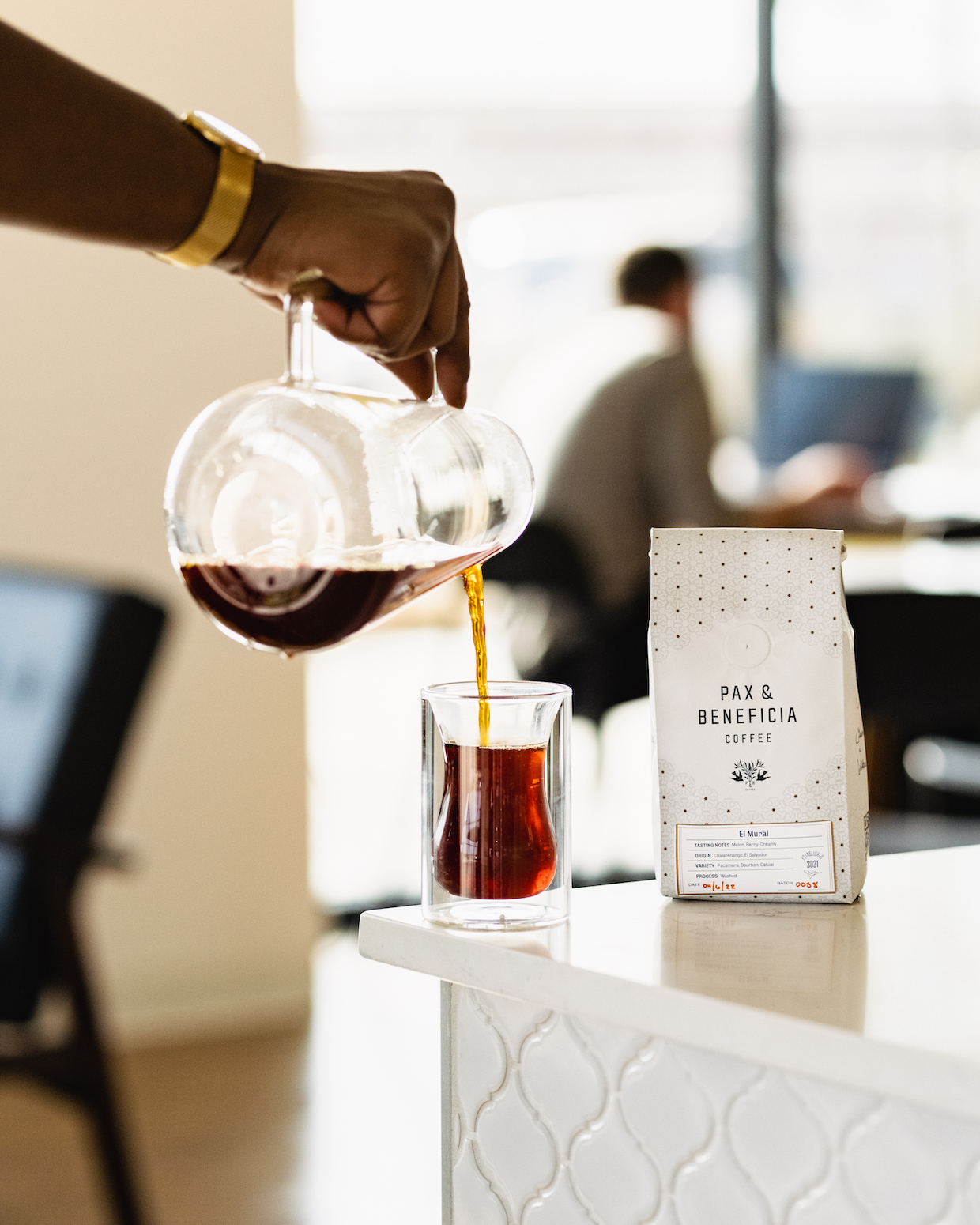