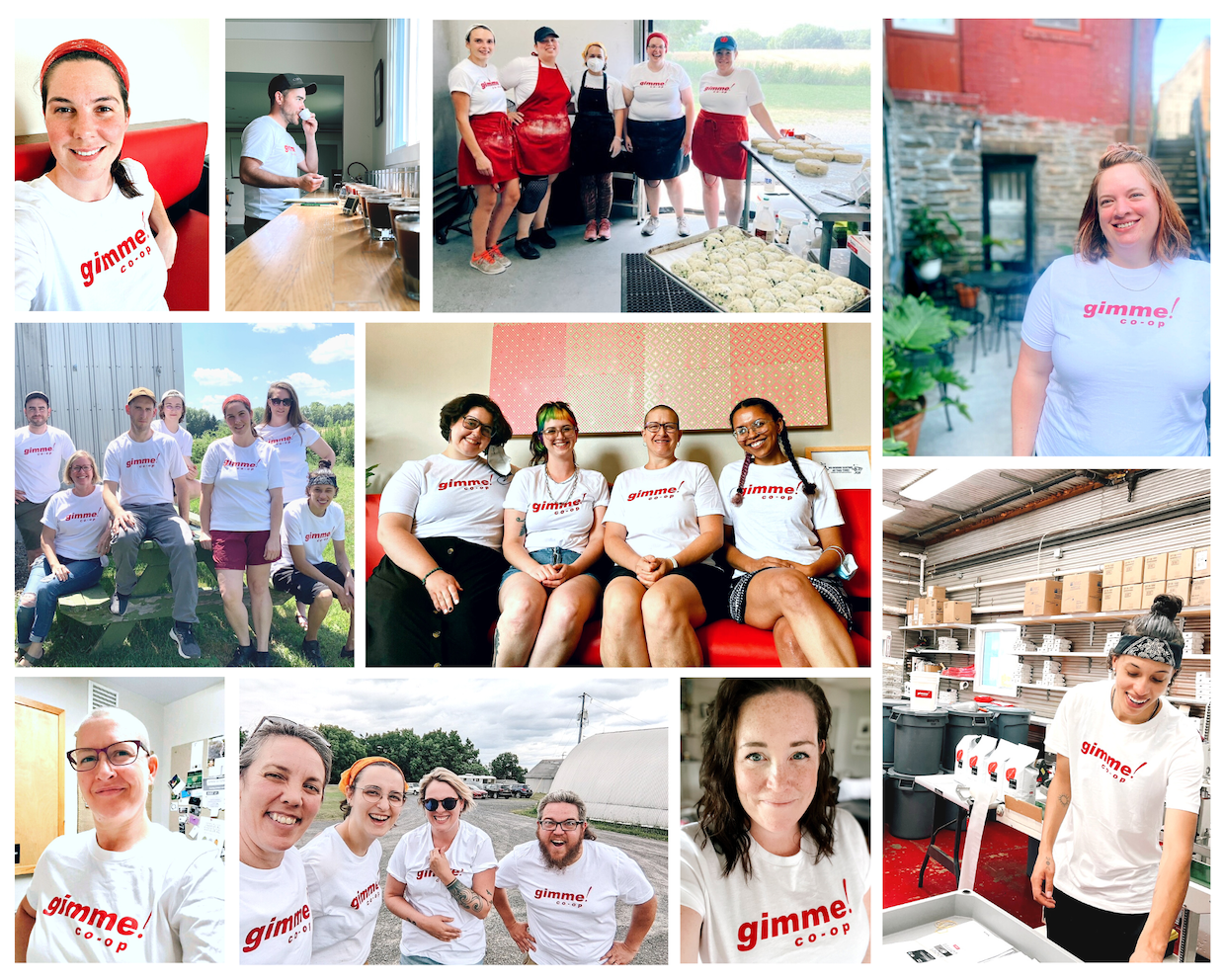 As of last month, 34 out of the 50 total employees across Gimme’s roasting, bakery and retail operations have signed cooperative member agreements, which require having worked for the company for one year and at least 1,040 hours. Among eligible employees, 77% signed on. 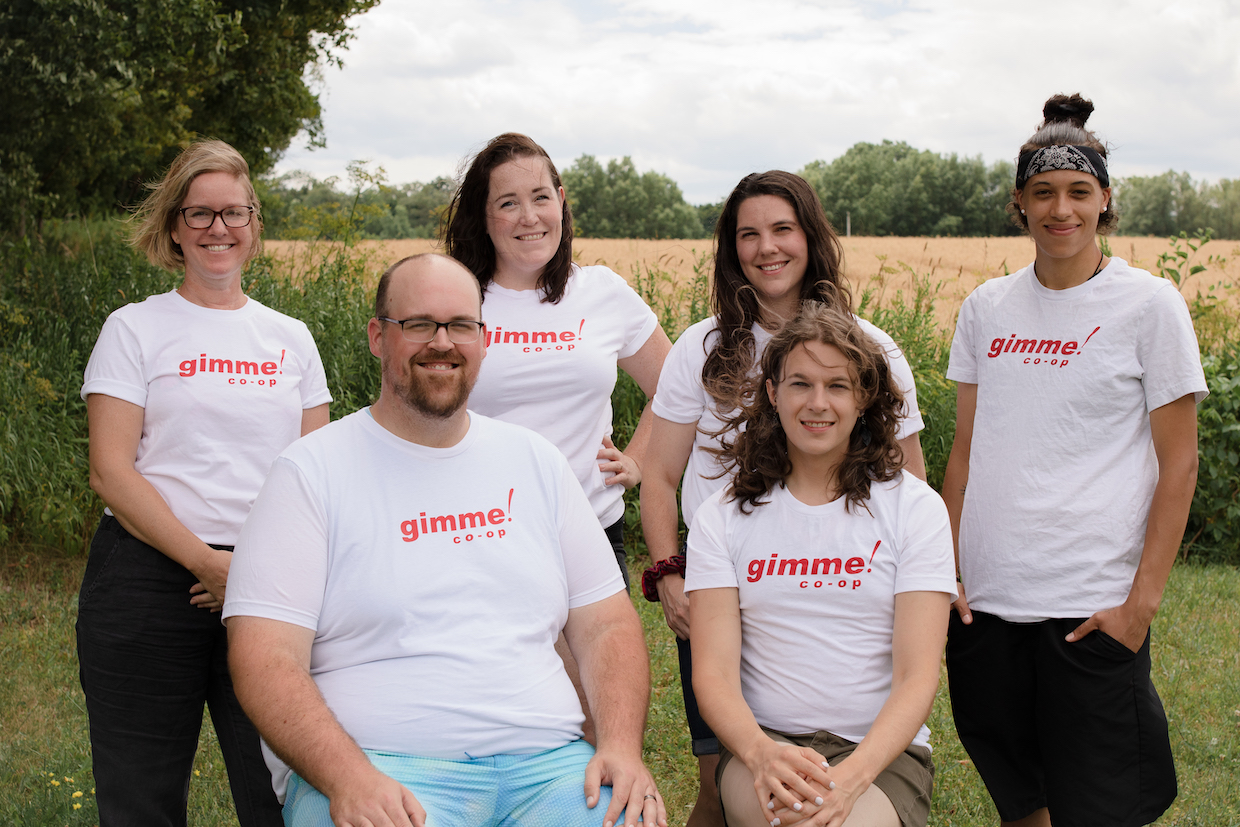 The Gimme! Coffee Board of Directors.

“On July 1, we woke up and we were a cooperative, and it was just a sigh of relief,” Gimme! Coffee Co-Managing Director and Head of Product Development Colleen Anunu told DCN. “You just felt like the world had opened up right in front of you.”

Founded in 2000, Gimme! Coffee has operated cafés in Ithaca and Trumansburg, and expanded to New York City in 2003. Preceding the organized labor movement that has swept through the coffee industry over the past two years, baristas at Gimme’s Upstate New York shops in 2017 voted in favor of joining Workers United Local 2833. In 2018, the workers and management ratified their first labor contract.

The next chapter began roughly a year later when Gimme! Coffee’s original owner Kevin Cuddeback decided to retire and move out west. The 22-year-old company’s company’s management structure was changed to include two co-managers, Anunu and Claire Christensen, with the intent to begin the company’s move towards worker ownership. 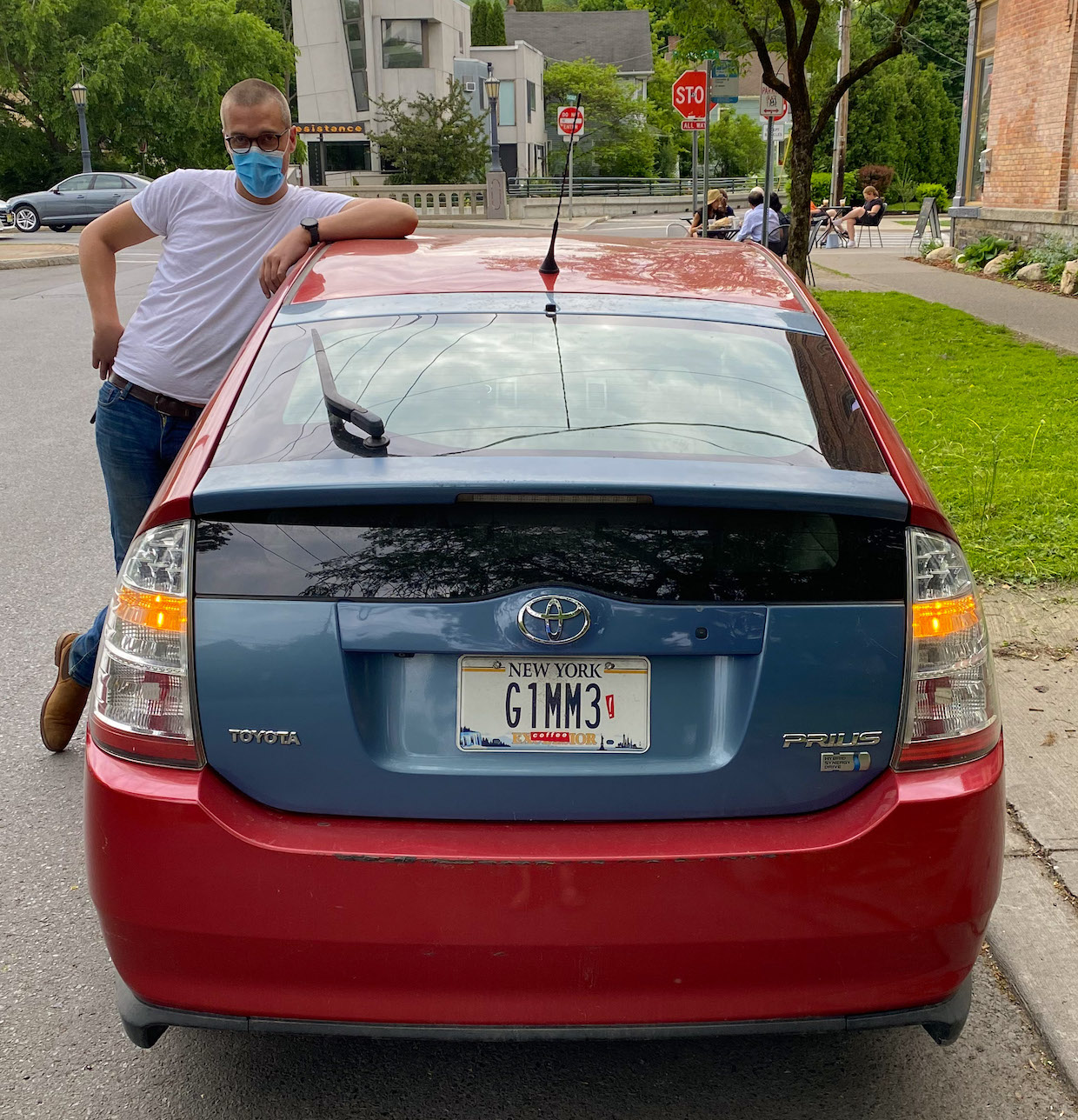 A Gimme! Coffee vanity plate on a Ford hatchback decked out in Buffalo Bills colors.

“I just thought it should have always been owned by employees, because employees brought the value to this company from day one,” Anunu told DCN. “I quit my job and took a 50% pay cut in order to come here and transition it, because I live here. This is a company I helped build, and I wanted to see it thrive. And yeah, then the pandemic happened and everything went to shit.”

In March 2020, under the weight of the COVID-19 pandemic, Gimme temporarily closed all seven of its retail locations, and the two New York City locations were permanently shut down one month later.

As the business instituted a series of COVID-19 safety protocols to strategically reopen shops, the unionized workers’ relationship with WU Local 2833 was beginning to sour. According to company sources, some employees felt excluded and under-represented by union stewards.

“Nobody was anti-union; we were just no longer interested in being represented by Workers United,” Gimme! Coffee Barista and Board Member Wendell Roth told Daily Coffee News.

Gimme! Coffee unionized workers ultimately elected to decertify from the union in January 2021.

Roth, who was part of the Negotiation Committee for the union in 2020, said that the decision to decertify was completely independent of the co-op conversation.

A Gimme! Coffee vanity plate on a Ford hatchback decked out in Buffalo Bills colors.

“Overall, a majority of baristas were unhappy with the practices of the stewards and of Workers United, and no longer wanted to pay dues to an organization that ultimately did not represent them,” said Roth. “We actually looked into being represented by a different union.”

Now, more than 1.5 years later, with many of the former union members having moved on to other opportunities, a new day has dawned for Gimme! Coffee, although the company remains committed to sourcing and roasting high-quality specialty coffees to serve alongside fresh baked goods.

“It’s only been a month, but I know that people locally are really excited,” said Anunu. “We’re in a small town, and we’re the main local third wave specialty coffee retailer in terms of volume. We’re getting a lot of support from our community, like, ‘This is the way that it needs to go,’ and ‘I’m so stoked for you guys.'” 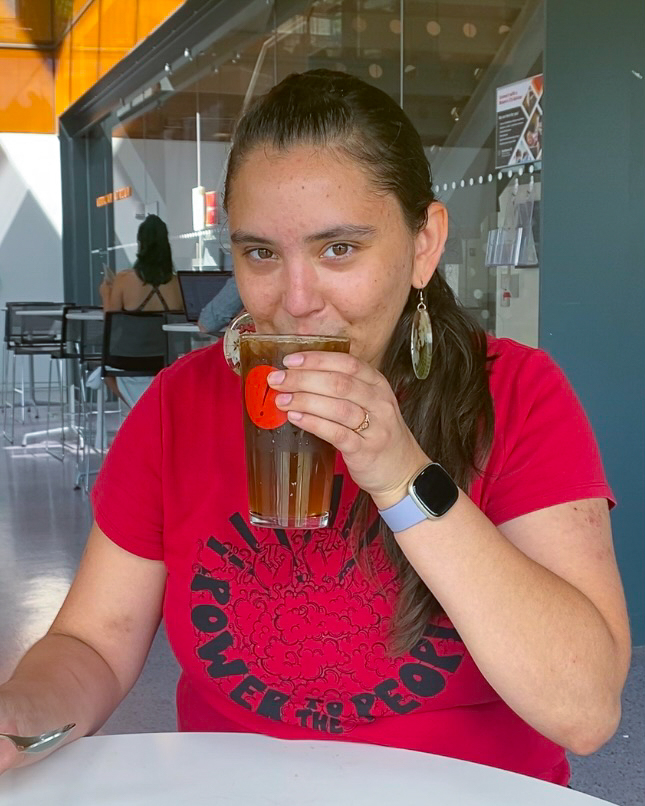 As for Gimme! Coffee’s growth going forward, Anunu said that’s something for the board and management to decide together.

“We have a few ideas of where to play and how to win, but for now we are most interested in building a strong organizational and ownership culture,” said Anunu. “From there I think anything is possible.”

With all respect to all, we need to appreciate and honored human behaviors and it’s causation. I consider “cooperatives” just like the political intrusion into economic balance to achieve a quick solution to a public economical chain reaction. (WAR Situations).
cooperatives in other perspectives exist ipso facto in real life! And politicians uses this for political purposes as unions as well! In some countries cooperatives and socialist ideas destroyed the whole public trust and the economy! Unfortunately people make mistakes like some companies or corporations and governments, I hope my words will be used for the people to reflection on the matter! Around the shark and whales always will be smaller fishes but not all those fishes will become sharks or whales