Probat Replaces the Probatino with the Electric P01 Roaster 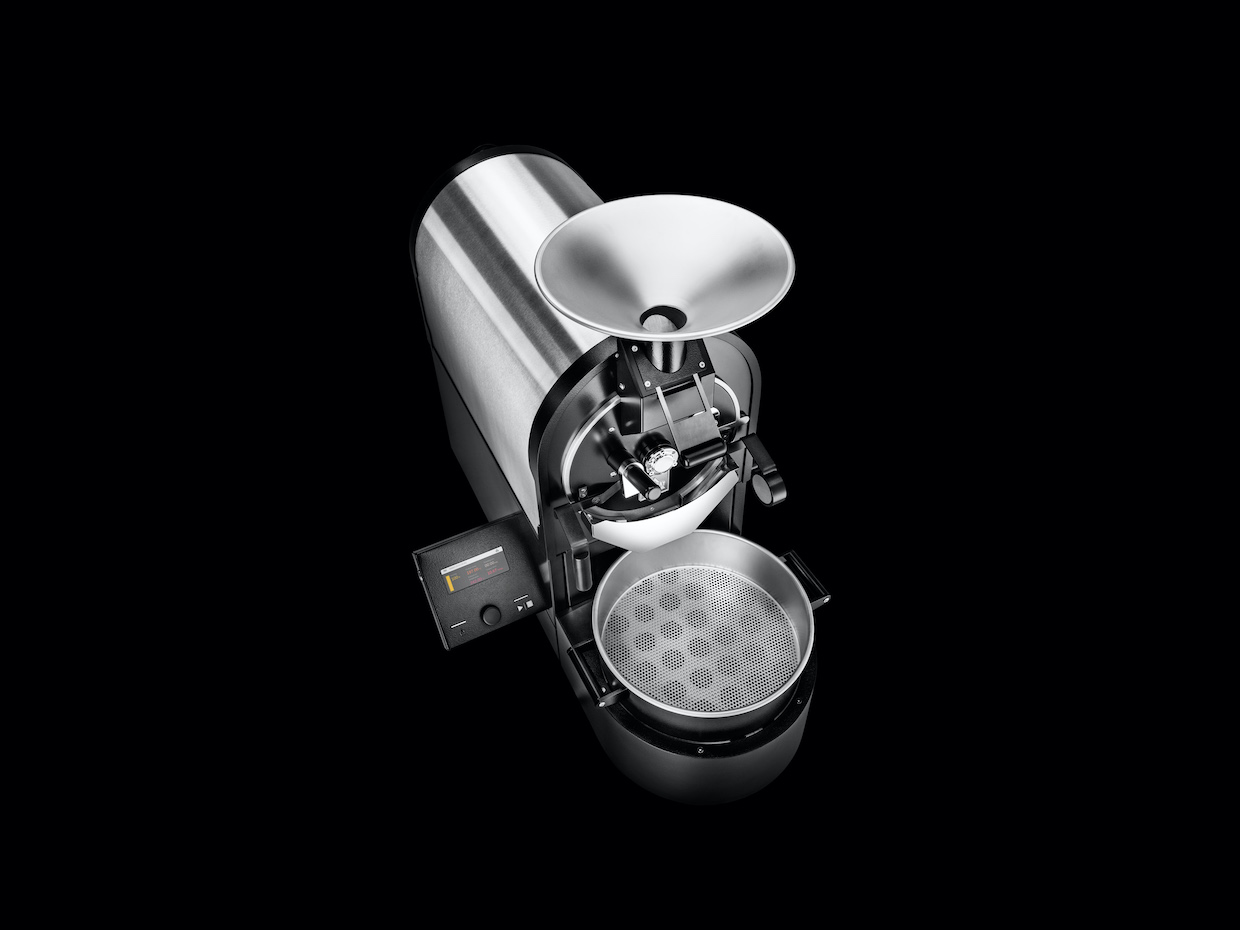 German roaster manufacturer Probat this week launched an all-electric, small-capacity model called the P01, which is replacing the gas-powered Probatino as the company expands its lineup of P Series shop roasters.

The 1-kilo-capacity P01 is designed for sample roasting and recipe development. While it departs from the Probatino through a number of features, it maintains the goal of mimicking and predicting the performances of Probat’s larger production models. 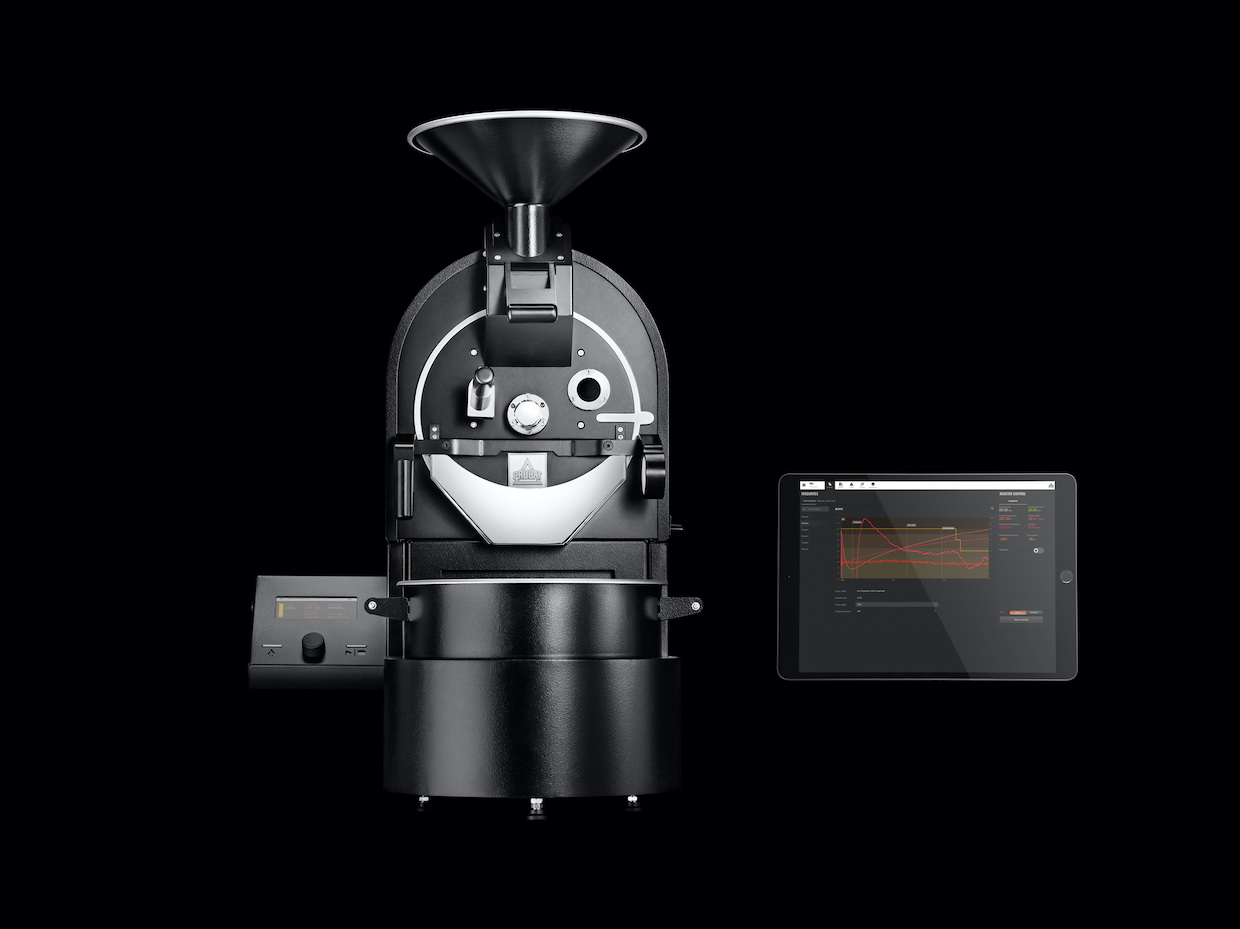 Key to the new design is also a novel system of hot air jets that heats the drum for a performance on par with traditional gas burners, according to the company.

“The drum roasting process remains the same, independent of whether you use a burner in combination with a roasting air fan or this high-tech hot air blower, which reacts just as flexibly as a burner,” Probat Marketing Representative Iris Gerlach told Daily Coffee News. “Heat is still mainly transferred via convection. The beans are moved mechanically by the paddles that are installed inside the drum.”

A digital release event showcasing a limited edition first run of P01 machines occurred on Probat’s YouTube, LinkedIn, and Facebook channels yesterday. Nine unique machines hand-painted by David Salinas of the design company Department of Brewology were released as part of the event.

The limited-edition designs follow the themes of Harvest, Geometric or Tropical. The Harvest series features colors and symbols highlighting the act of picking coffee by hand. The Geometric series illustrates the life cycle of a coffee plant, and the Tropical series conjures tropical floral elements combined with images of roasting and drink preparation. 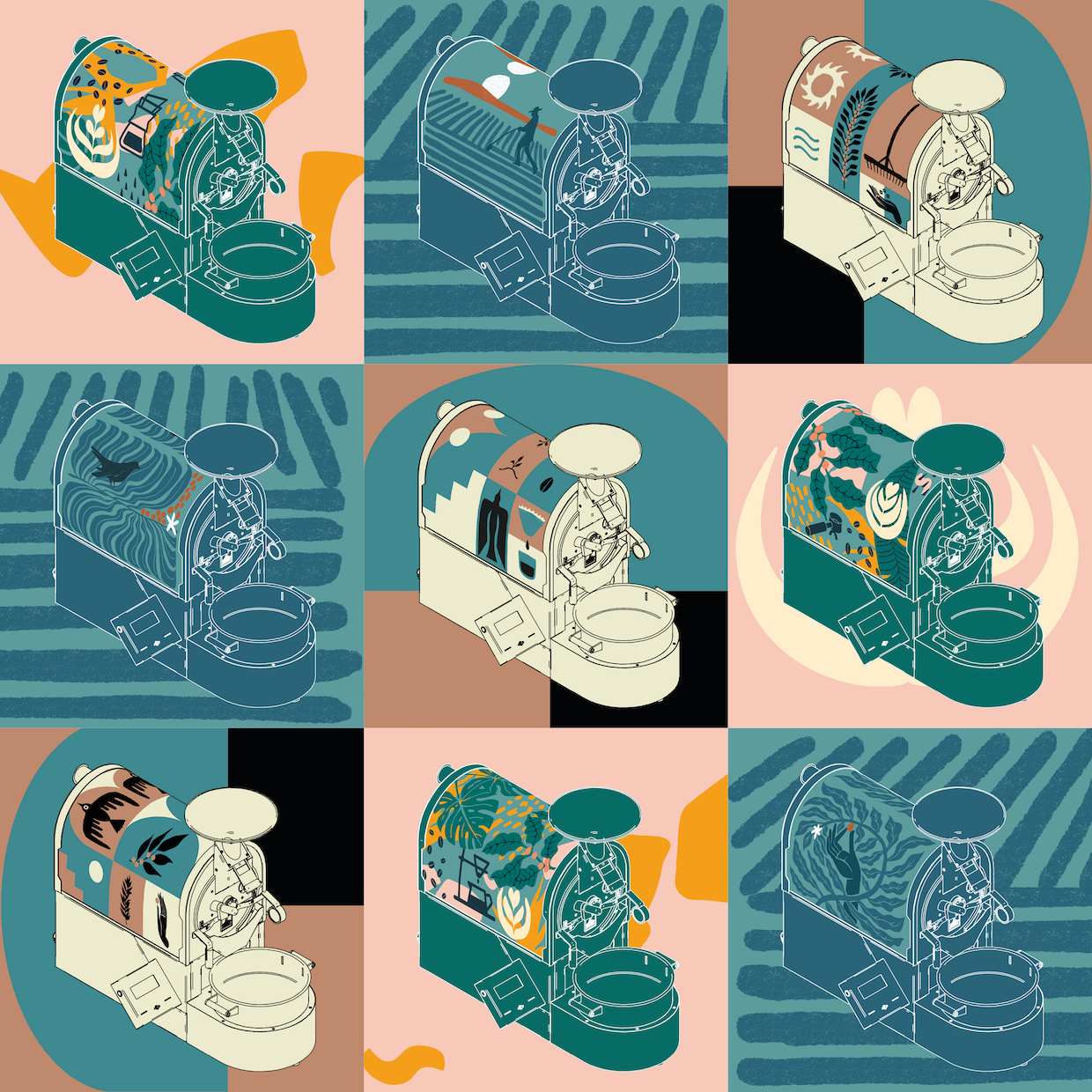 Industrial three-phase power is required to run the machines, which are now available for worldwide shipping. Probat is not publicly disclosing the price.

The P01 will be on display at the company’s upcoming Connecting Markets Symposium, scheduled to occur at the Probat headquarters in Emmerich, Germany on Sept. 21-22.