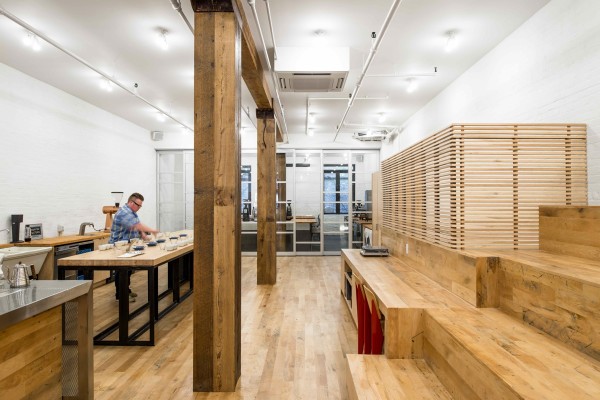 After a late-September open house, Durham, N.C.-based Counter Culture Coffee has opened its much-anticipated New York City training center in a 100-year-old building that was once a carriage factory. As Counter Culture’s eighth regional educational center, dedicated solely to coffee education and not doubling as a retail coffee bar, the New York facility is yet another reflection of the company’s “Counter Intelligence” education program for coffee professionals and home brewers alike.

Designed by local architect Jane Kim, the 3,600-square-foot facility draws on the building’s history with exposed brick walls, maple flooring, and salvaged wood columns and beams — all of which help to define the sprawling loft-like space.

Why is this Coffee Magnate Running for Mayor of New York?

As for programming, the facility includes a wide selection of high-end coffee preparation gear, including what CC is calling “one of the country’s first installations of an under-counter modular coffee brewing system from Modbar.” Other outfitters for the coffee training component include La Marzocco, Ditting, Mazzer, Mahlkonig, and Nuova Simonelli. 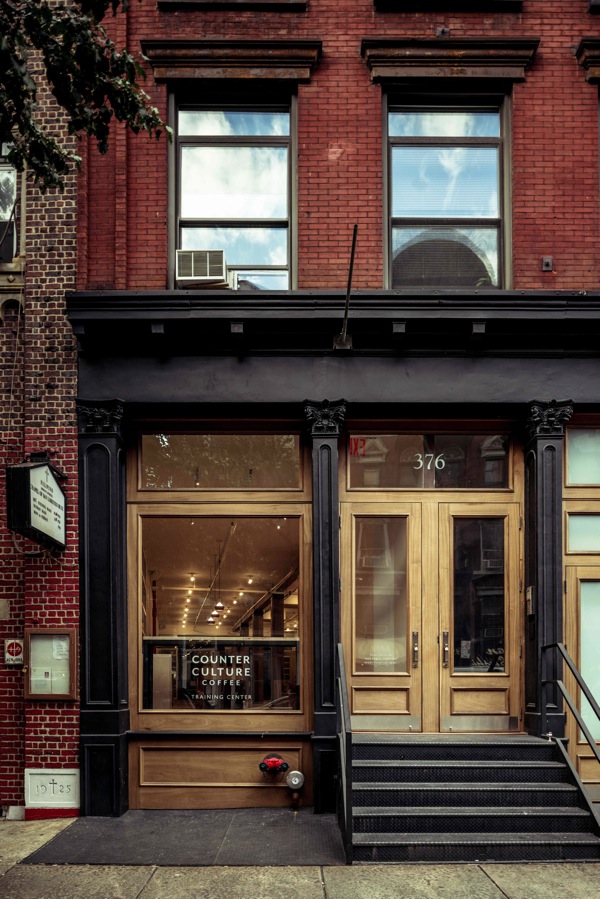 Unlike some of its CC predecessors, the New York training center also includes advanced kitchen facilities and dining spaces, allowing for guest chefs, food pairings and other culinary training and showcasing opportunities. Here’s more from Counter Culture on some specific programming and design notes:

Counter Culture’s popular weekly cuppings – which are free, open to the public, and held at their training centers across the country each Friday at 10 a.m. – will be held at a 16-foot long table made from reclaimed bowling alley maple. A full induction cooktop and convection ovens are also located there for coffee and food pairings events.

Counters in the middle of the room will be used for larger, lecture-based classes, during which guests may sit on bleachers made from reclaimed maple sourced from an old factory in Massachusetts. The bleachers can accommodate 30-40 people and include built-in drawers for guests’ use. Reading lights and ample electrical outlets make this a perfect spot for class-goers to hang out or work on laptops before class begins.

The back of the space houses a next-generation espresso training room for total immersion learning for up to 20 participants. Two U-shaped counters enable instructors to lecture and demonstrate techniques to both sides of the room. Sliding glass doors separate the space from the rest of the Training Center, allowing natural light to filter through.

The basement level includes a full-service tech lab, a competition training room, and meeting facilities, all of which are available to Counter Culture’s wholesale customers.

The center is located in Manhattan’s Nolita neighborhood, at 376 Broome Street. 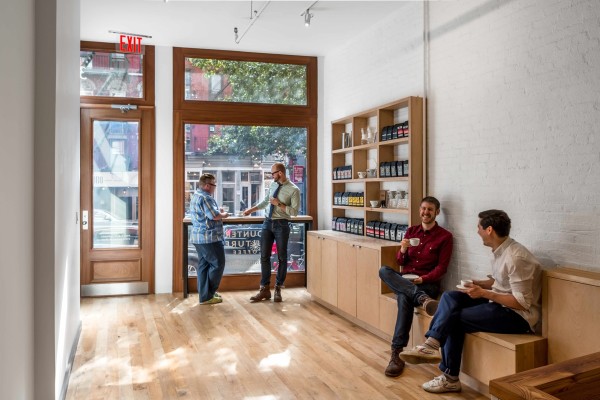 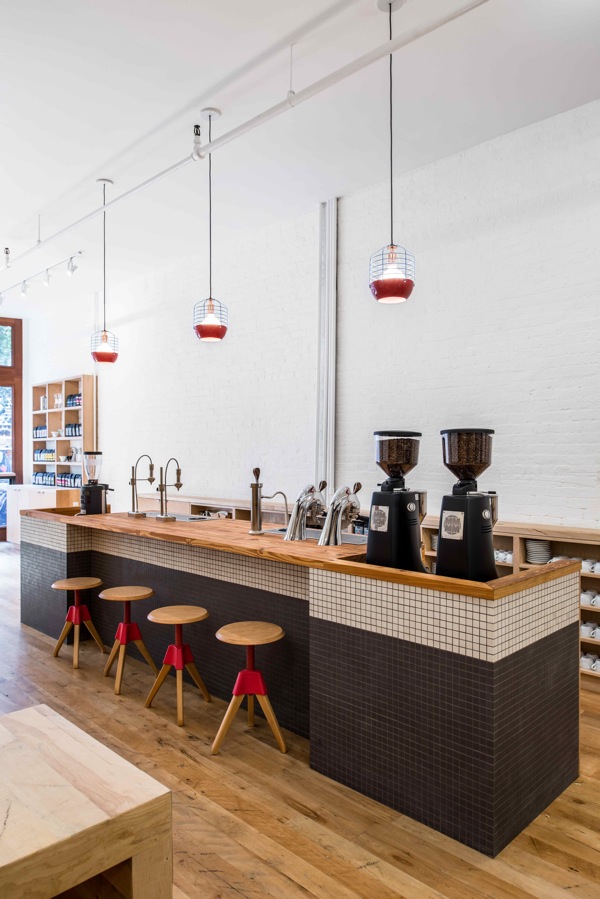 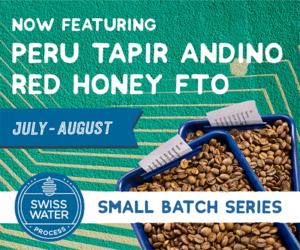