A religious firefight is taking place in Souix City Iowa after a nonprofit group refused to sell its coffee brand to a local Christian church, citing the “polarizing” nature of its leadership. 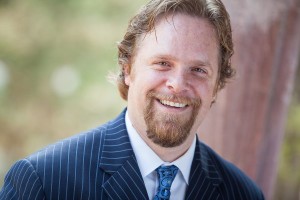 Supporters of Cornerstone are painting the nonprofit as non-Christian abortion advocates with a “homosexual agenda,” with executive pastor Cary Gordon going so far as to warn of “hostile economic policies” that “would emerge in a culture opposed to God’s law — a culture that would specifically forbid authentic Christians from ‘buying or selling’ in their native market place.”

Outreach Unlimited President Stephanie Brown, meanwhile, says the group initially refused to sell coffee to the outspoken church group because of concerns over coffee quality with extended stays on shelves of the church gift shop, only conceding that a marketing representative from her group frankly discussed with the church group their “polarizing” nature in the community. Gordon says the church was looking for a coffee alternative to Starbucks, which Cornerstone has dropped since CEO Howard Schultz publicly supported same-sex marriage.

In a letter to the Souix City Journal, Brown is hoping the issue will just go away, saying the group has been subject to harassment and defamatory statements that contradict the group’s nonprofit mission. Gordon, meanwhile, began the public discussion with an open letter to the community, followed up with a response letter to the Journal, and is clearly taking the opportunity to promote the church, even praising Brown for “taking a stand” for “free-market values.” He writes:

• Christian bakery owners should not be forced by a tyrannical court to bake cakes for a gay wedding, or else!

• A homosexual-owned print shop should not be forced by a tyrannical court to create new signs for the unkind, epithet-waving Westboro Baptist Church!

• An African-American photographer should not be forced by a tyrannical court to photograph an upcoming KKK rally.

• None of this should happen any more than Opportunities Unlimited should be forced in a court of law to sell me coffee – coffee that I no longer wish to drink for what should be obvious reasons.

I wish the radical homosexual lobby would respond to their own alleged marketplace mistreatments with as much respect for other people’s liberties.

Ah, the American Taliban at work.